Analysis: Africa might not see the likes of Habré and Ntaganda in court again this decade 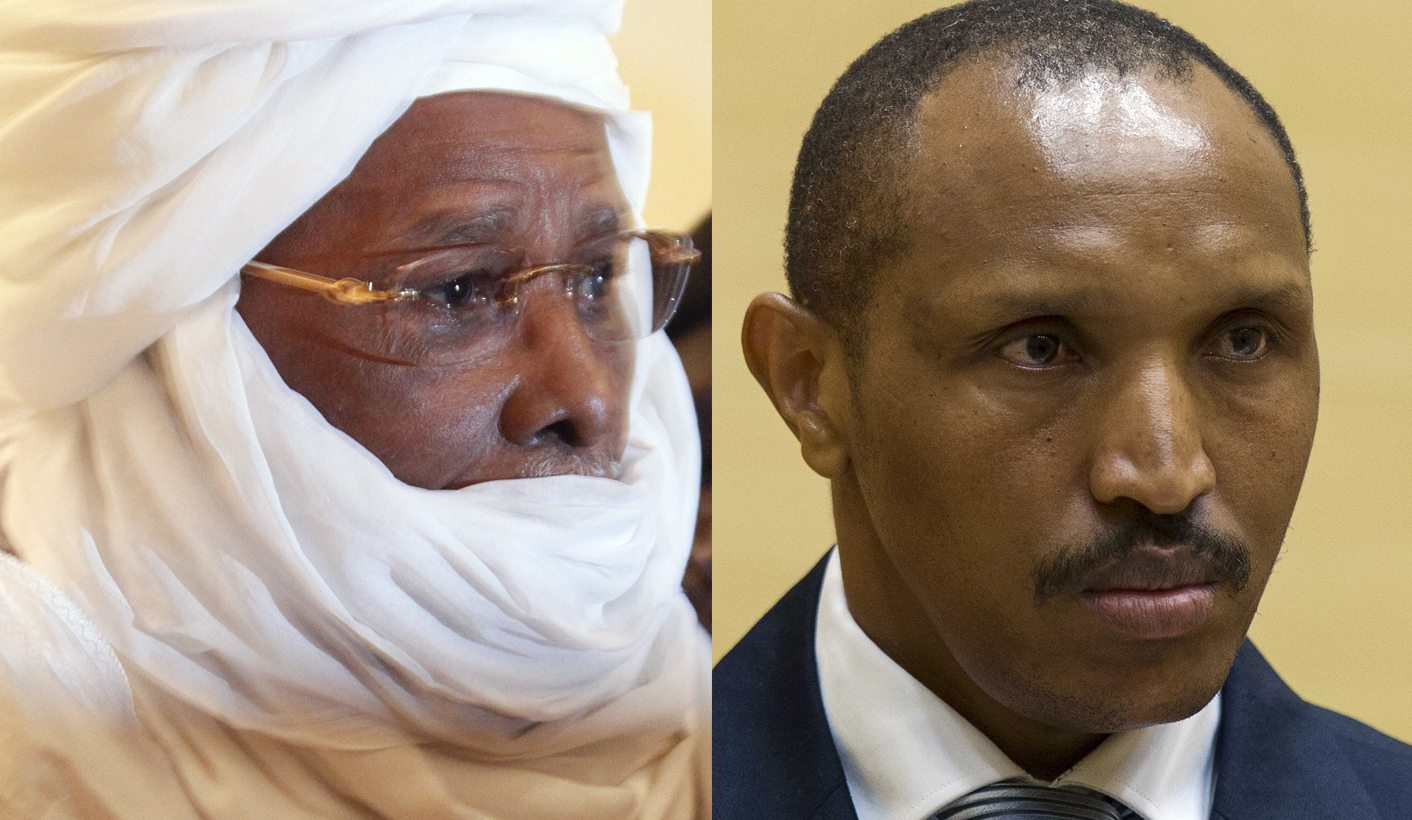 September is a big month for international justice in Africa. In The Hague, warlord Bosco 'The Terminator' Ntaganda is on trial for war crimes, while in Dakar former Chadian president Hissène Habré is finally being held to account for his brutal regime. These are both encouraging signs for accountability in Africa – but if the African Union has its way, these could be the last high-profile cases to make it to court for quite some time. By SIMON ALLISON.

Before we move onto the negatives, let us celebrate what we can: this month, two of the very worst examples of African leadership will be on trial, made to publicly defend their actions and face whatever consequences ensue.

Let us start in Dakar, where Hissène Habré, Chad’s one-time military dictator, has spent the last 25 years in comfortable exile. But a long, determined civil society campaign has forced Senegal’s hand, and Habré’s hosts have finally made him face his day in court. Invoking the doctrine of universal jurisdiction, which gives local courts the authority to prosecute serious crimes that happened outside of their normal jurisdiction, Senegalese prosecutors have charged Habré with war crimes, torture and crimes against humanity.

There was an element of farce about the beginning of proceedings in July: Habré had to be brought in by force, shouting “down with imperialism”, and he refused to recognise the legitimacy of the specially constituted tribunal. His lawyers, meanwhile, did not show up at all, forcing the court to appoint three new lawyers to Habré’s defence. The defence team has now had time to prepare, and the trial resumed on Monday. Habré continued to shout and resist, and had to be held down in his seat while the 90-minute-long indictment was read out.

Then let us move to The Hague, the de facto capital of international justice, where Bosco Ntaganda – the man described as ‘The Terminator’ by enemies and headline-hungry journalists alike – sits in the dock at the International Criminal Court (ICC), also on charges of war crimes and crimes against humanity. Ntaganda was once in charge of one of the most feared militia groups in the Democratic Republic of Congo, and was allegedly responsible for recruiting child soldiers, murder, rape, sexual slavery, pillage and persecution. But Ntaganda fell foul of faction-fighting, and fearing a worse fate at the hands of his fellow militants, he turned himself in for arrest at the US embassy in Kigali in 2013.

Ntaganda’s trial opened last week, and the former warlord was on typically fighting form. “I have been described as ‘The Terminator’, as an infamous killer, but that is not me … I have never attacked civilians. I have always protected them.” The well-documented victims of his M23 militia (and its former iterations) may disagree, but that’s for the judges to decide.

Despite the ICC’s undeniable emphasis on Africa – some call it bias – there have still been only 32 indictments of Africans by the ICC, and only a handful of prosecutions. This might be a large number for the ICC, but it’s a tiny number of individuals for a continent where conflict and poor leadership have devastated populations and stunted development for decades.

Nonetheless, September is shaping up to be a good month for international justice in Africa. But enjoy it while it lasts, because we won’t see its like for many years to come. To understand why, we need to head to Addis Ababa, to the home of the African Union (AU), where decisions made over the past few years mean that the chance of another Habré or Ntaganda being held to account again are negligible.

The Habré and Ntaganda cases are examples of two very different mechanisms of international justice. Habré’s trial is conducted under the auspices of universal jurisdiction, while Ntaganda’s is only possible because of the authority given to the ICC by the Democratic Republic of Congo (the Congolese government actually requested that the ICC investigate). But the AU has vocally discredited both of these mechanisms, and as yet has created nothing to take their place.

The problems between the AU and the ICC are well documented. The rift reached its nadir in June when Sudanese President Omar al-Bashir was allowed to travel to South Africa for an AU summit. Controversially, South African authorities declined to enforce the international warrant issued by the ICC for Bashir’s arrest. The AU has consistently opposed the ICC’s attempts to indict sitting heads of state, and has repeatedly questioned the court’s motives.

That this aggressive stance has now been adopted by relatively progressive countries such as South Africa, historically a strong supporter of the ICC, indicates that the relationship really has broken down. The court will find it very difficult to open new cases in Africa – it’s certainly unlikely to get any more requests for assistance – and will find it even more difficult to investigate situations in a hostile environment. In other words: it is almost guaranteed that someone committing war crimes in Africa today won’t have to face justice for those crimes in The Hague.

Nor are we likely to see the doctrine of universal jurisdiction invoked again in an African context. In July, British authorities arrested Karenzi Karake, the head of Rwanda’s intelligence services, at Heathrow Airport. Karenzi was wanted in Spain to answer charges that he had ordered the murder of several Spanish aid workers in Rwanda in 1994.

The Rwandan government was furious, and immediately called an emergency meeting of the AU’s Peace and Security Council (PSC) to complain. Rwanda argued that this was an unacceptable abuse of universal jurisdiction, and called for AU support. The PSC duly obliged, issuing a stinging communique that took western governments to task for a “blatant violation of the principle of universal jurisdiction”, describing it as “not only an attack on a Rwandan national, but on Africa as a whole”.

All of which leaves international justice in Africa in a bit of a mess. By criticising the ICC with such virulence, and by discrediting universal justice so loudly, the AU has effectively neutered two key pillars of international justice. Worse, it has nothing to fill the legal vacuum. The African Court of Justice and People’s Rights, which is supposed to be the answer, does not exist except on paper – and the AU does not have the resources or political will to get it up and running for the next decade, at least.

Until then, don’t expect the likes of Hissène Habré or Bosco Ntaganda having to account for their crimes in court. DM

Photo: (Left) Former Chadian leader Hissene Habre (C) is escorted in to stand trial at the Palais de Justice in Dakar, Senegal, 20 July 2015. The former Chadian leader is accused of crimes against humanity, war crimes and torture allegedly perpetrated (Left) Congolese warlord Bosco Ntaganda sits in the courtroom of the International Criminal Court (ICC) during the first day of his trial in the Hague, the Netherlands, 02 September 2015. Bosco Ntaganda is accused of 13 counts of war crimes and five crimes against humanity allegedly committed in Ituri, DRC, in 2002-2003. EPA/MICHAEL KOOREN / POOL.