Is there an African alternative to the International Criminal Court? 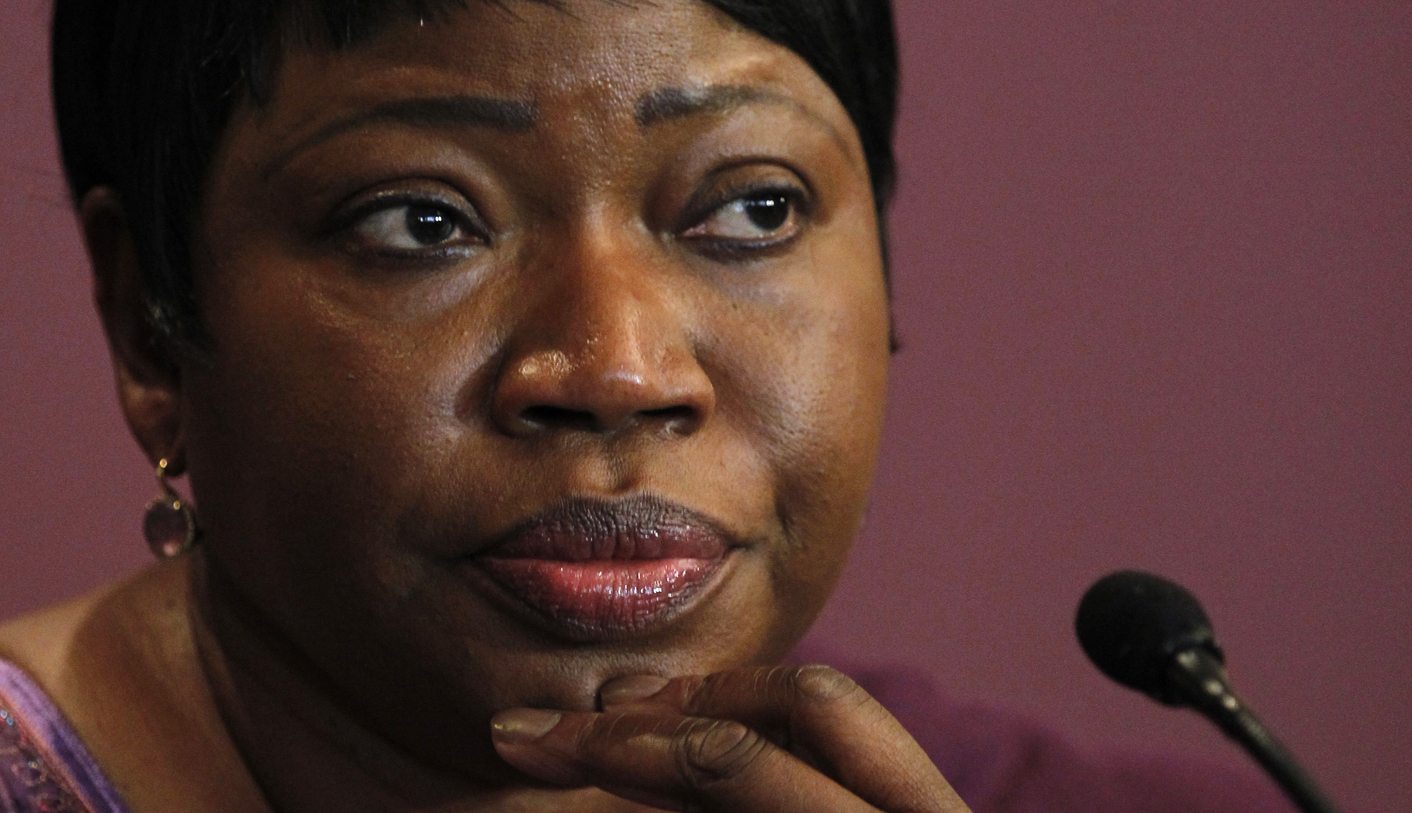 Last June, the African Union moved its summit to Ethiopia. Malawi, the planned host, had refused entry to Omar al-Bashir, Sudan’s president, who has been indicted by the International Criminal Court (ICC). Africans have often accused the ICC of targeting African leaders excessively and unfairly. SIMON ALLISON examines whether a new court formed by Africans for Africans will bring about impartial justice on the continent.

Africa and the ICC do not get along very well. This is a problem for the ICC considering that all their investigations are centred on African countries and all their suspects are African men. It is even more of a pity for Africa, because let us face it: there are many warlords and leaders on our troubled continent who deserve a stern dose of criminal justice.

The African Union (AU) is tired of grappling against the ICC’s perceived racial and colonial biases, of ignoring ICC arrest warrants that are not politically expedient and of losing all control of the judicial process. Perhaps scared of whom the ICC intends to try next, it is looking for an alternative, an African alternative, naturally.

They think they have found one. In May this year, a group of legal experts convened by the continental body discussed ways to broaden the remit of the African Court on Human and Peoples’ Rights, better known as the African Human Rights Court. The idea was to add an international justice section to the court with the explicit intention of making the ICC superfluous.

There are a few problems with this protocol: the African Court of Justice does not exist, except in theory. The merged court, therefore, would be merely an extension of the African Human Rights Court—a court that does exist, although it has yet to overcome its teething issues.

The African Human Rights Court is the only continental court that exists in Africa today. Established in 2004 with its base in Arusha, Tanzania—which is developing into a legal capital along the lines of The Hague—the court’s first bench of 11 judges began hearing cases in 2006.

Like any court, the African Human Rights Court is dependent on cases being referred to it. Mostly, cases are passed along by the African Human Rights Commission, when the commission feels unable to deal with the matter satisfactorily. Alternatively, five countries have made optional declarations allowing their citizens to approach the court directly: Burkina Faso, Ghana, Malawi, Mali and Tanzania.

When it does reach a verdict, the court has a limited range of options available to it. Most significantly, the court can determine state responsibility for human rights violations and order states to pay compensation or amend legislation. Alternatively, it can order a state to investigate and prosecute a particular incident or individual. The court does not have the authority to prosecute individuals itself.

?According to Professor Magnus Killander, a legal expert with the University of Pretoria’s Centre for Human Rights, the human rights court has yet to make a real impact. It has been slow to pass judgments, spending more time and resources on sensitisation visits designed to increase its profile. Many of the court’s rulings have been on inconsequential issues usually dealt with by a court registrar. Other rulings have been against countries that have not ratified the court (28 of 54 AU member states), making them legally unenforceable. Finally, the court is hamstrung because the commission (which has plenty of its own problems) has been very slow in referring important cases.

It is on this wobbly foundation that the AU’s draft protocol envisages this home- grown alternative to the ICC. The new court, however, would be fraught with legal, diplomatic, political and most significantly, financial problems that, far from improving the continental judiciary, could destroy the fragile progress made already.

Legally, there is no precedent for an international court that deals with both state and individual criminal responsibility. “There are good reasons why such distinct functions have never before been merged into a single judicial entity or organ at the international level,” writes Professor Frans Viljoen, director of the South Africa-based Centre for Human Rights. One such reason is that different evidentiary standards are used for each function: a determination of individual guilt requires proof beyond reasonable doubt, while state responsibility cases are judged on a balance of a probabilities. More generally, the two functions are just different, requiring completely different approaches, evidence and procedure; combining both would create a schizophrenic court with judges constantly changing roles.

Diplomatically, there is the ratification problem. It has been a long, tough process to get the protocol for the African Human Rights Court ratified by just 26 states. That process would probably have to be started all over again. Except this time the AU would be asking states to agree to submit to even more judicial oversight, which could potentially implicate important individuals. Worse, it would give states that have ratified the existing protocol the chance to invalidate this and backtrack from their existing human rights commitments.

Politically, issues of international justice are always charged, and—as the ICC has discovered—it is very difficult to prevent courts from becoming politicised. A good example is the Southern African Development Community (SADC) Tribunal, which was suspended in 2010 after loud complaints from Zimbabwe about rulings that had gone against the country. At its most recent summit in Mozambique last August, the SADC agreed to “negotiate the protocol” of its tribunal and restrict its jurisdiction to disputes beween member states, thereby banning complaints from individuals.

Once the current African Human Rights Court does hand down a controversial ruling, it is bound to face a similar reaction. One can imagine an even more severe outcry to a new court attempting to try and sentence the likes of: Charles Taylor, former Liberian president sentenced by the Sierra Leone Special Court to 50 years last May; Laurent Gbagbo, former president of Côte d’Ivoire now in custody in The Hague; or Mr al-Bashir, wanted for atrocities in Sudan’s Darfur region.

Financially, international criminal justice investigations are simply too expensive for any African court to pursue. The budget for the African Human Rights Court was $6m in 2011. By contrast, just two years (2006–2007) of running the International Criminal Tribunal on Rwanda—exactly the type of thing the new, merged court intends to replace—cost $270m. The ICC operates with an annual budget of $140m. A ten-year expenditure of nearly a billion dollars has yielded only one verdict. The new court would require these kinds of sums, and would therefore need donors to fund it. But what donors would cough up the money to create an African court that will duplicate what the ICC is already doing?

The financial considerations swayed the heads of state at the most recent AU summit last July in Addis Ababa, Ethiopia. They decided not to adopt the draft protocol for the new court because they could not afford it. Nor could they give it any serious attention amidst the chaos of electing a new chairperson.

Effectively, the issue was shelved. Not dismissed was the anger and frustration with the ICC, making it very likely that the draft protocol—or some variation of it—will be revisited every time an ICC arrest warrant is issued or international figures criticise the recalcitrance of African states to comply with international arrest warrants.

Do not be fooled by the high-minded rhetoric about colonial injustice and African solutions to African problems that is inevitably raised on such occasions. Africa is in no position to administer its own criminal justice against war criminals and human rights violators. The African Human Rights Court, still in its infancy, might one day be able to hold states accountable in practice as well as in law, but individuals are another matter entirely. Right now, there is no African alternative to the ICC, and there will not be one for the foreseeable future. If we want the continent’s criminals and warlords tried and convicted, our leaders might have to start playing a little more nicely with the court from The Hague. DM

This article was first published in Africa in Fact, the journal of Good Governance Africa.

Photo: International Criminal Court (ICC) prosecutor Fatou Bensouda looks on during a news conference at Hotel Pullman in Abidjan July 20, 2013. The ICC has started their investigations in Ivory Coast for additional information to build up their case against former Ivory Coast President Laurent Gbagbo, Bensouda said on Friday. REUTERS/Luc Gnago