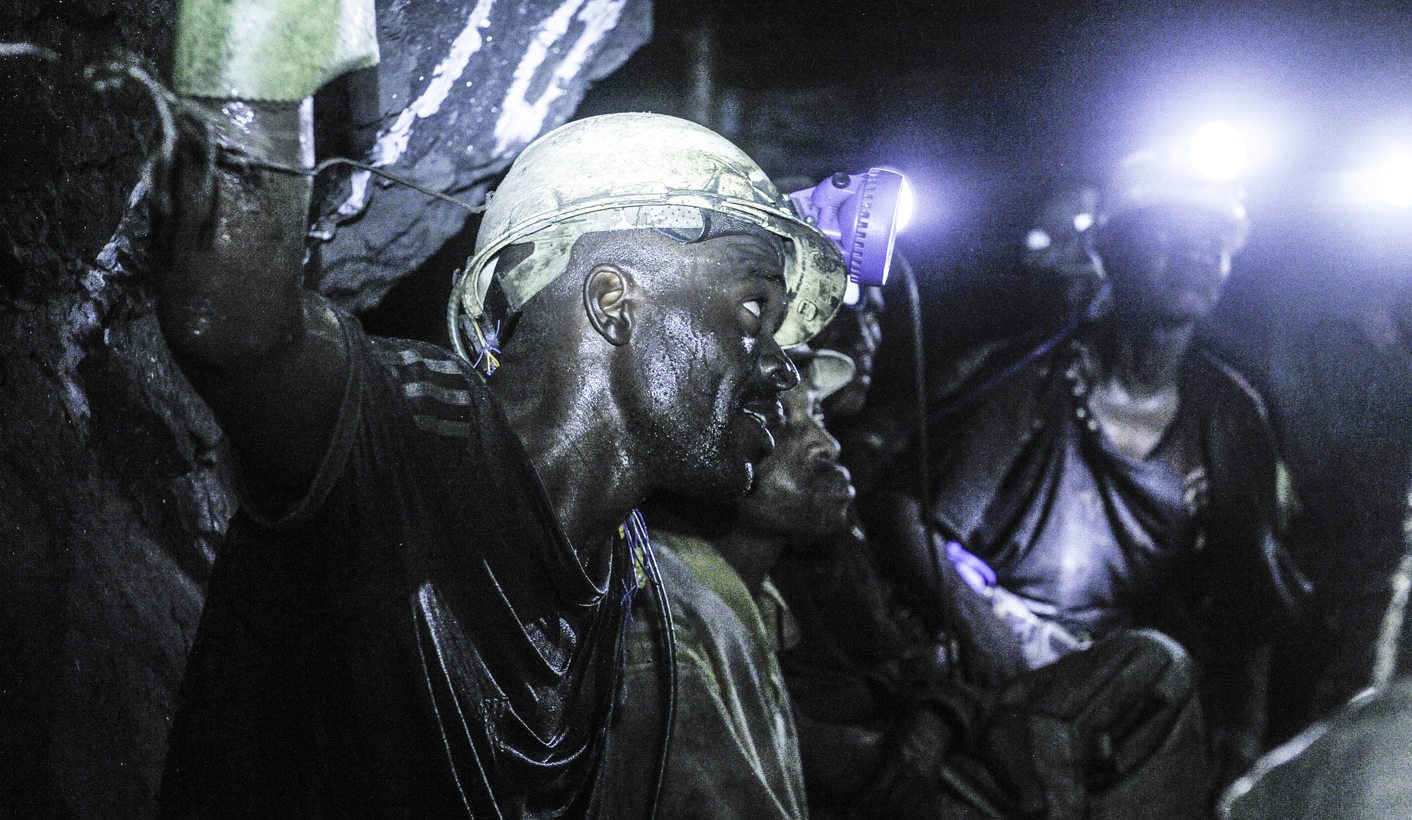 South Africa’s beleaguered mining industry is in danger of losing almost 12,000 jobs: an employment vacuum the country can ill afford. As of Monday, a new plan signed by the industry, government and the unions won’t guarantee that the jobs will be saved. If further retrenchments are inevitable, however, the plan may ensure that life is a little easier for laid-off mineworkers. But is it enough to solve the problems of an industry in crisis? By REBECCA DAVIS.

The mineral resources minister, the Chamber of Mines and union representatives all appeared to be in sunny spirits following Monday’s signing of an agreement aimed at halting the haemorrhaging of jobs from the mining industry.

Mineral Resources Minister Ngoako Ramatlhodi said there was every reason to be hopeful that the plan, titled “Leaders’ Declaration – Mining Industry Commitment to Save Jobs and Ameliorate the Impact of Job Losses”, would be implemented with the cooperation of all parties. Trade union Solidarity’s general secretary, Gideon du Plessis, told eNCA he had a “good feeling” about a plan he described as “revolutionary”. The Chamber of Mines put out a statement affirming that its members were “fully committed” to the process.

Absent was the Association of Mineworkers and Construction Union (Amcu), which had participated in weeks of negotiations but did not sign Monday morning’s agreement. Amcu president Joseph Mathunjwa had previously requested, and received, a postponement on signing the agreement because more time was needed to consult with members. Though the union has reportedly indicated that it still intends to sign, the decision not to do so at the same time as the other stakeholders raised some eyebrows.

Du Plessis told eNCA the Amcu representative at negotiations “seemingly … got a phonecall from outside the room from somebody instructing him not to sign, and it was a big disappointment”. Last month, Mathunjwa suggested that retrenchments in mining were aimed at weakening Amcu.

The plan signed on Monday makes no claims that further retrenchments are not on the cards, but it aims to both boost platinum demand and improve outcomes for mineworkers. Around 80% of platinum reserves are in southern Africa, and the industry has taken a major knock over the past few years, precipitating the current jobs crisis.

Chamber of Mines CEO Roger Baxter listed “depressed commodity prices, unsustainable cost increases, electricity supply disruptions and the pressure on the viability of mining companies” as contributing to the mining slump. One of the measures being mooted to boost the demand for platinum would see the metal being promoted as a reserve bank asset like gold – an idea mining analyst Jessica van Onselen described to the Daily Maverick as “imaginative”.

“If South Africa can convince the central banks of other Brics partner countries to also hold platinum, the proposition gets even more interesting, as then we might see a meaningful jump in demand for the metal,” Van Onselen said. “It’s not an entirely new idea – the World Platinum Council was advocating for platinum as a reserve metal in late 2014, but it certainly shows a flexible approach to finding solutions that is hopeful.”

Ramatlhodi has said that the government is looking to negotiate this issue with the new Brics bank.

Part of Monday’s agreement has seen unions commit to doing their bit by increasing productivity for the sector, while mining houses will look to delay retrenchments.

Notwithstanding such measures, Monday’s agreement allows for the possibility that further job losses within South African mining may be inevitable. In such cases, the industry has committed to look at creating alternative jobs for mineworkers or re-training them. Van Onselen voices a note of skepticism about the plausibility of such a prospect, however.

“For years, the possibility of re-training mineworkers so that they can transfer their skills sets to other industries has been floating around in the background of dialogue between government and mining companies,” she says.

“For example, the local automotive and component manufacturing industry could potentially absorb these sorts of skills; the shipbuilding industry is potentially another. But the reality is that such an undertaking would be an extremely complex and costly collaboration between the state and the private sector. It is difficult to imagine, currently, that there is either enough money available or adequate trust levels between the government and business to fully realise such a programme.”

From the perspective of unions, of course, the ideal scenario would see as few jobs lost as possible. To this end, the agreement includes as one of what Baxter calls its “job saving interventions” a commitment on the part of the industry to sell mining assets as much as possible rather than closing them. Mines which are sold on may operate on a more modest scale, which would see reduced jobs, but mines which are closed see jobs disappear altogether.

While the mood on Monday seemed one of optimism, nobody is suggesting that the agreement on its own is the magic bullet to revive the platinum sector’s flagging fortunes – and, by extension, prevent further job losses.

One of the problems, Van Onselen points out, is that “the platinum price has been heavily driven by demand from China in recent years – particularly from the Chinese car market, where platinum is used in catalytic convertors”. That demand has slowed, however, as China feels the economic pinch.

Baxter notes that the collaboration of the industry, unions and the government will be essential to “protect the viability of the industry and thus save jobs”. Du Plessis, meanwhile, spoke of the need for all stakeholders to roll up their sleeves: “The hard work starts tomorrow, and that is what we all need to realise,” he told eNCA.

The reality is, however, that even the most cooperative intentions may not revive an ailing sector any time soon.

“Make no mistake – this commodity slump is very serious stuff. Is it better that all parties are working together? Absolutely. Is this agreement necessarily going to avert – or even take the sting out of – the crisis in South African mining? No,” says van Onselen.

“We are in the midst of something quite major, and we don’t yet know what South African mining will look like once this has passed. I imagine quite, quite different.” DM