South Sudan: The beginning of the end of the civil war? 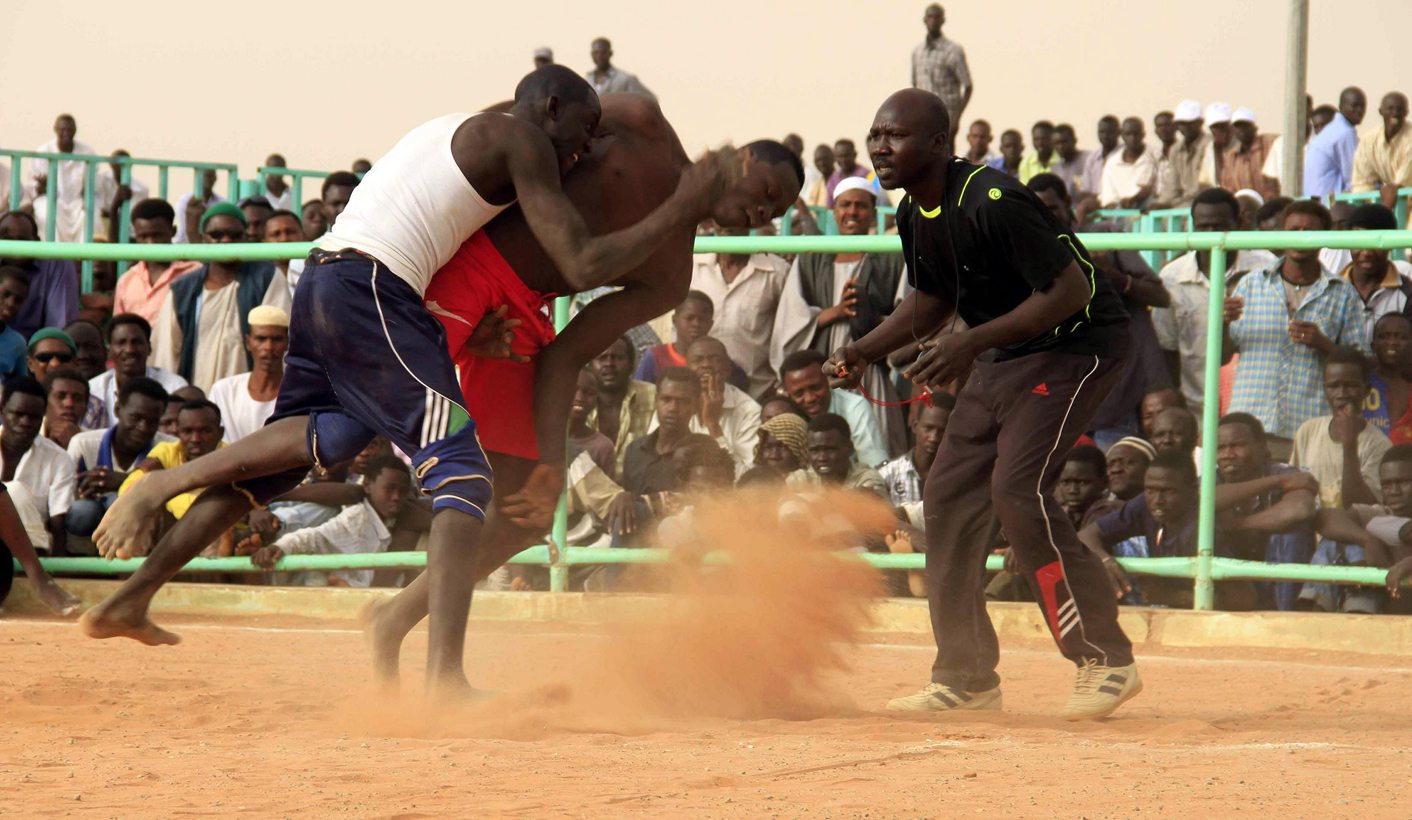 In Addis Ababa, a grinning President Salva Kiir finally put pen to paper on a peace deal for South Sudan. Better 10 days late than never. While sceptics are right to wonder if his signature is anything more than a PR stunt, the truth is that peace doesn’t come easy – and this is as good a place to start as any. By SIMON ALLISON.

On Tuesday, 10 days after his rebel counterpart Riek Machar, President Salva Kiir signed the peace deal for South Sudan. This was not without drama, as Kiir kept reporters in Addis Ababa guessing until the last second, and nor was it an unequivocal endorsement of the text: Kiir insisted on appending a list of reservations, which he carefully initialled.

Titled the Compromise Peace Agreement, the agreement outlines mechanisms for a power-sharing government; the formation of a new national army; the demilitarisation of the capital, Juba; and extensive security sector reform.

In theory, this is cause for celebration: it should mark the end of South Sudan’s brutal 20-month long civil war, which has already claimed the lives of more than 50,000 people and displaced more than 2-million more.

But even though Kiir was smiling, no one’s buying the theory. Even the most optimistic observer of South Sudanese politics knows this is just a small step in a long, traumatic process, while the sceptics dismiss the agreement as a poorly-disguised publicity stunt.

The sceptics have a point. This is not the first peace deal that Kiir, the veteran, inveterate fighter, has signed; nor will it be the last. The same applies to Machar. Both have a long and ignominious track record when it comes to ignoring supposedly binding bits of paper, one that dates back to the many years of torturous negotiations that created South Sudan. And in this particular conflict alone, according to the BBC, at least seven ceasefires have been brokered and then broken – sometimes within hours.

There are also legitimate concerns that neither Kiir nor Machar are fully in control of the various armed groups and militias that supposedly answer to them. Even with the best will in the world, can they really enforce the agreement? This is certainly true for Machar: days before he signed, two of his top generals said they no longer respected his authority, and that he was not empowered to negotiate on their behalf.

So, no: the Compromise Peace Agreement won’t solve South Sudan on its own. This is not the end of the civil war.

But it is, perhaps, the beginning of the end. Peace processes are rarely all-or-nothing affairs, but often incremental in nature. This is a small yet important step in the right direction – and there are several positives that we can take from it.

First, and most significant, is the fact that the messy international mediation process was able to get Kiir to sign at all. The IGAD Plus mediation team includes regional powers such as Ethiopia, Kenya and Uganda, African heavyweights like South Africa and Algeria, and various major world powers including the US and UK. Each of these representatives brings their own strategies and self-interests to the table, which at times threatened to derail the process entirely. Instead, the opposite happened: their collective weight forced a reluctant Kiir to cooperate. It’s unlikely that any individual mediator would have had the same effect. This means the IGAD Plus process, for all its flaws, does work – an encouraging sign for the future.

Second is the fact that Kiir was clearly able to convince his rivals within the government that signing was a good idea. This was definitely a potential stumbling block, as powerful figures within the state security establishment were said to be unhappy with the details of the security sector reform. For now, Kiir has won them over, indicating that there is still some degree of unity within government ranks, and that he still holds sway in the capital. In other words, the international community was dealing with the right person, which was not always obvious.

Finally, this agreement between the two most significant actors – Kiir and Machar – at the national level should give mediators the space to start looking at the local and regional disputes which lie at the heart of this conflict. Any peace deal that works will have to include some of the independent-minded generals and smaller militia leaders who rarely take kindly to orders from above. The Compromise Peace Agreement provides a foundation from which to do exactly that. With Kiir and Machar out of the way, mediators can turn their attention elsewhere.

In the grand scheme of things, seen in the context of the ongoing humanitarian disaster, these may not seem like particularly noteworthy gains. But the road to peace has to start somewhere, and, for now, this is the best we’re going to get. DM

Photo: Nubian wrestlers in action during a tournament in Khartoum, Sudan, 24 April 2015. Nuba wrestling is a tradition in the Nuba Mountains in the South Kordofan state, in southern Sudan. The Sudanese Nuba wrestling federation organises tournaments every Friday that attract hundreds of people. EPA/MORWAN ALI