Marikana: ‘I don’t see any difference’ in living conditions 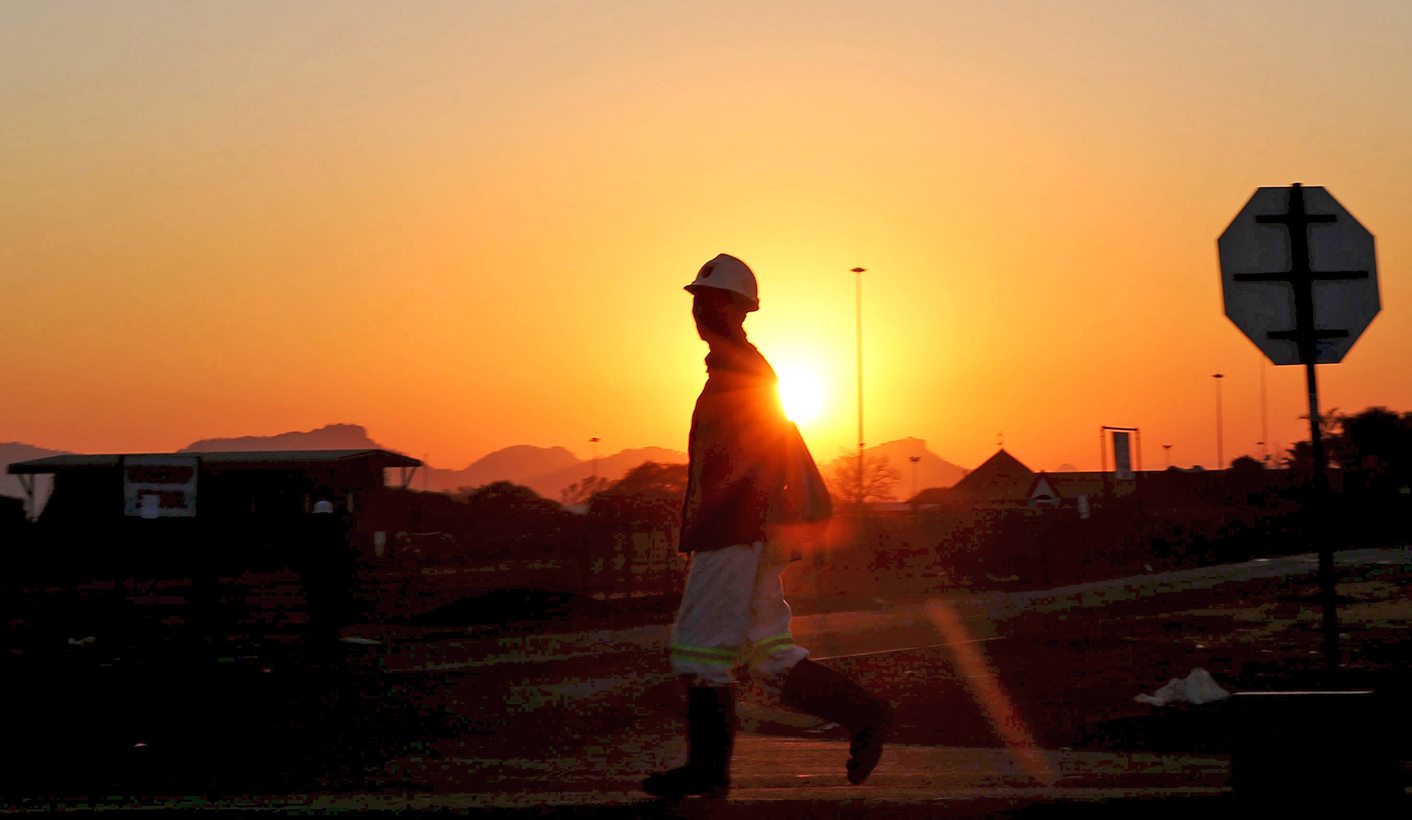 Three years after the Marikana massacre the area still looks the same. Workers and residents complain about housing and services, one of the key causes of the strike and violence. Work is being done by both the government and Lonmin, but its effect can only be judged in years to come. And given their track record, it's hard to be hopeful. By GREG NICOLSON.

On Sunday, as another year passed since the 2012 Marikana massacre, the Presidency issued a lengthy press statement. President Jacob Zuma called for a commitment for strikes not to lead to the loss of life. He said the government is taking seriously the implementation of the inquiry’s recommendations. Much of his statement focused on the inter-ministerial committee on mining’s efforts to revitalise mining districts and their labour sending areas.

Three years after the massacre, Marikana looks the same. Shacks still lie across its informal settlements, the dirt roads are uneven and difficult to negotiate. Access to electricity, water and sanitation is still insufficient for most residents, nearly nonexistent for many. While the living conditions of the miners and the community were a driver of the 2012 strike that led to the killings and the massacre, it appears little has changed.

After hearing from former Lonmin director Mahomed Seedat, the Marikana commission of inquiry report found: “The living conditions in these settlements are very poor and the people living there lack basic social services. Mr Seedat conceded in his evidence that the living conditions in Nkaneng and other informal settlements were truly appalling.” It continued: “The commission is satisfied that Lonmin’s failure to comply with its housing obligations created an environment conducive to the creation of tension, labour unrest, disunity among its employees or other harmful conduct.”

Miners point to some of the workers’ housing being built in the area but few the Daily Maverick has spoken to think real change is taking place. On Monday, Marikana resident Thumeka Magwangqana said: “I don’t see anything else.” She’s seen some housing development taking place, but nothing else. Having been involved in the area’s women’s movement that responded to the massacre, Magwangqana said, “I don’t see any difference. There is no peace here.”

Where she lives there are no proper toilets. Roads are in poor condition. Water supply to the communal taps is intermittent and only those who have made a plan to connect their electricity have power. “We’re living in backyard shacks,” she said.

In the wake of the challenges in mining, however, Zuma has been at pains to point out the work being done. “Overall R18-billion has been dedicated to ongoing work in distressed mining communities, benefiting the following provinces: Eastern Cape, Free State, Gauteng, KwaZulu-Natal, Limpopo, Mpumalanga and North West. The bulk of this funding is from government, with mining companies contributing approximately a third,” the president said in his statement on Sunday.

According to the Presidency, the Department of Human Settlements is implementing 66 housing projects in 15 mining towns with 7,000 units delivered. About 500 houses would be built in Marikana on land donated by Lonmin, said the Presidency. In the last financial year, R419-million was spent on upgrading informal settlements in mining towns in five provinces with R1-billion ring-fenced for this year, with the aim of providing 19,000 housing opportunities. Department of Human Settlements agencies have also ring-fenced another R1-billion for integrated human settlements in priority mining towns.

Lonmin, which has come under heavy criticism since the Marikana massacre for the living conditions its workers and those in the area endure, recently released a document detailing the progress on its community development plans since September 2012.

“We have made it our business to engage extensively with the Greater Lonmin Community (GLC) so that we identify their needs accurately and prioritise these through a collaborative process.” Through its programmes, it says 75 home-based carers and 24 peer educators cared for 1,790 patients and 1,174 orphans and a number of upgrades were undertaken at local clinics. On education, it says 1,261 students enrolled in its school support programmes, with 3,749 children in 49 early childhood development centres benefiting from its programmes. It says R7.2-million has been spent on improving access to water and R17-million on tarring roads in Wonderkop. Another R2.5-million has gone to improving access to the sewer network in Wonderkop and Nkaneng.

It was revealed last year at the Marikana commission of inquiry – while probing the company’s responsibility for the massacre – that a Lonmin plan to build 5,500 houses for workers had failed. Only three had been built and they were show houses. Now the company, like many other mining houses, is trying to tackle the conditions that led to the unrest.

Many of the plans across the industry are only really getting under way this year and their impact will only be judged in years to come. But DA MP Makashule Gana was not impressed on a visit to Marikana in April. “The residents I spoke to told me they are losing their patience with empty promises. They shared with me the many trials and tribulations they face on a daily basis,” he said. “Roads are muddy and sewage has been flowing through the streets, posing a major health risk for both adults and children … the conditions of the hostels and informal settlements are nothing short of deplorable.”

The challenges for transforming living conditions, as Lonmin points out in a fact sheet on housing, are complex. There have been high levels of migration to the mines and a lack of investment in infrastructure such as water, electricity and schools. Many employees don’t want to own a home in the area as they have a home elsewhere and opt for a living out allowance, which they spend on other consumables or send home while renting a shack in Marikana. The responsibilities for improvements shared between the government and the mining houses are unclear and require close cooperation.

And, as Lonmin points it, “progress in housing is dependent on the financial success of Lonmin, meaning that a weak platinum group metals market negatively impacts on Lonmin’s ability to meet housing targets”. Perhaps that means some of the company’s plans might be difficult given the current climate in mining.

Work is being done to improve living conditions in Marikana but it remains far too limited. Sadly, answers to the complex questions of how to coordinate the different stakeholders and hold them to account to make large improvements aren’t easily available. The Marikana commission had the potential to offer valuable insight, but its work on the broader socio-economic causes of the strike and violence was cut short. DM

Photo: A miner returns from his shift in Nkaneng township outside the Lonmin mine in Rustenburg, northwest of Johannesburg, June 26, 2015. REUTERS/Siphiwe Sibeko