Op-Ed: The Burundi crisis and avoiding another Rwanda 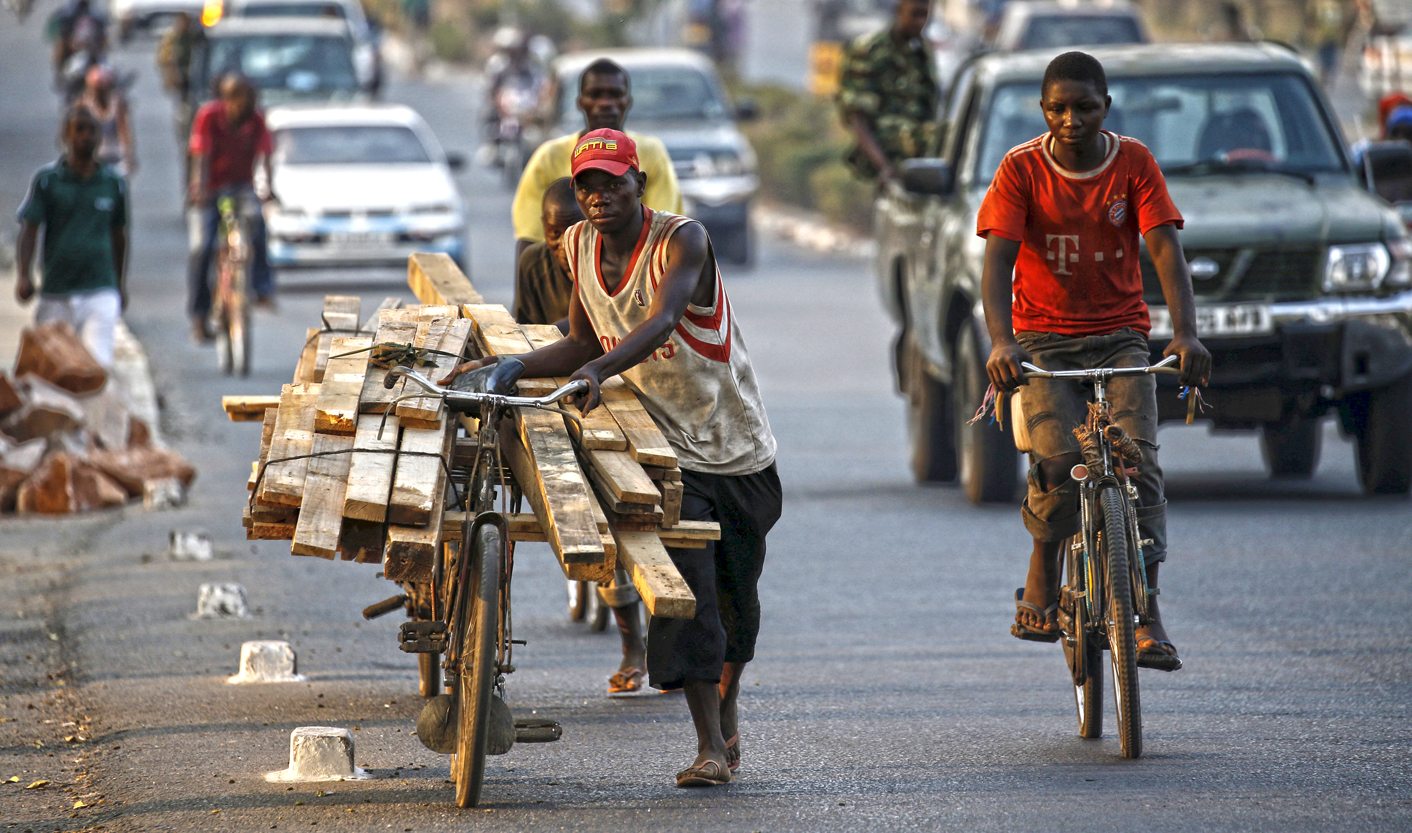 After months of unrest and violence in Burundi, originally in reaction to the now successful bid of President Pierre Nkurunziza to attain a third term in office, the US and other members of the UN Security Council are considering the responses available to them, including travel and visa bans targeting those responsible for gross human rights violations. In the meantime violence in the small east African country continues unabated. By FRANK CHARNAS.

On August 7 2015, an earthquake tremor was felt in Burundi, Rwanda, the Democratic Republic of Congo and Uganda. For already nervous and superstitious Burundians, this tremor brought back memories of a similar quake before the 1993 assassination of then president Melchior Ndadaye, an event that preceded widespread violence that would ultimately culminate in a brutal ethnic civil war lasting 13 years.

The foreboding tremor came on the same day as a US government threat to impose targeted sanctions on government and opposition figures in Burundi, as US Ambassador to the United Nations (UN) Samantha Power warned that Burundi runs the risk of collapsing into a “cycle of violence”. The warning follows months of unrest and violence in Burundi, originally in reaction to the now successful bid of President Pierre Nkurunziza to attain a third term in office. Power stated that the US and other members of the UN Security Council will assess the actions that are available to them, including travel and visa bans targeting those responsible for gross human rights violations. In the meantime violence in the small east African country has continued unabated.

August 2 saw the high profile assassination of General Adolphe Nshimirimana, a close confidante of Nkurunziza, and a figure believed to be the de facto internal security chief. Additionally, human rights activist Pierre Claver Mbonimpa was targeted and seriously wounded by alleged assassins, in a second high profile incident that same week. All this as refugees continue to flow out of the country, with some estimates placing the number of displaced people at 100,000. Insurgent groups which launched an unsuccessful coup in mid-May have also reportedly regrouped in the north of the country in the region neighboring Rwanda, in apparent preparation for an imminent conflict. Indeed all the signs appear to suggest that a more wide-scale conflict is unavoidable.

Following the 1994 Rwandan Genocide, the UN and the West have been very vocal about avoiding the mistakes and the institutional procrastination that resulted in the deaths of so many people. However, the UN has time and again proved more adept at committing itself to avoiding  these mistakes than it has in actually avoiding them. In truth, the examples of Zimbabwe, South Sudan, Syria and Russia may indicate that a regime of sanctions, no matter how targeted, may not be enough to alter the behaviour of those responsible for the upheaval. Additionally, as has also been evident in the case of South Sudan, internationally mediated peace talks may also prove insufficient to bring stability to the country.

The African Union (AU) is stretched thin at the moment, and has already committed forces to peacekeeping and conflict eradication missions in east and central Africa in Somalia and the Congo. The situation in Burundi requires a rapid reaction and robust response from countries of the region, yet this appears most unlikely given the troop requirements in other areas. Additionally, and potentially more importantly, Burundi is a troop contributor to the AU Mission in Somalia, and thus the AU is reliant on the country’s military and unlikely to take any meaningful steps against it. Thus it appears that the international community has little capacity to alter the seeming slide toward yet another African civil war. Yet definite and immediate steps need to be taken in order to avoid the imminent conflict. These may only be effective through an accurate appraisal of all the players in the region with a view to uncovering the parties that may be supporting belligerents, both tacitly and actively, as surely insurgents and government-backed militias are not operating in a vacuum.

The reported massing of opposition combatants along the Rwandan border regions highlights a further, as yet unmentioned element in the conflict — the role of Rwanda. Rwanda, and President Paul Kagame, has long interfered in the affairs of its neighbours, and in the case of Burundi, the two countries are historically and ethnically linked. However, it is unclear what Kagame may gain from upheaval in Burundi. The influx of refugees to Rwanda is likely to unsettle the border regions and place a strain on resources in the area. Additionally the conflict in Burundi, while maintaining ethnic overtones, is political in nature, with both Hutus and Tutsis forming the opposition and fleeing the violence.

Kagame too appears likely to alter the constitution in favor of a third term, and thus violence in Burundi may be a warning to his detractors against standing in his way. However, there appears to be a vast majority support for this bid, and thus once again, Rwanda doesn’t benefit from unrest in Burundi. A poor coffee harvest in Burundi may affect region-wide coffee prices, potentially aiding Rwanda economically, but it may be a stretch to suggest this as a cause for potentially supporting opposition combatants. Yet it would appear that with Kagame’s tendency to ignore international boundaries in favour of geostrategic gains, the passive treatment of Burundian opposition forces along the Rwandan border is noteworthy and at its most extreme suggests that these belligerents are receiving support from across the Rwandan border.

The passive or even active Rwandan support of insurgents along its borders is therefore a potential contributing factor to future upheaval in Burundi. However, it is highly unlikely that the Kagame regime will receive any unwarranted attention from the international community, which remains guilt laden over the events of 1994, as well as unwilling to upset one of the continent’s most pertinent success stories. While it is clear that the whole region has a stake in the future stability of Burundi, it is Rwanda that is most immediately affected, and Rwanda that appears to be an actor in the events of its southern neighbour. The international community thus needs to stop avoiding Kagame if it is to avoid another “Rwanda”. DM

Frank Charnas is president and CEO of Afrique Consulting Group. He tweets @frankcharnas.

Photo: A man transports building material on his bicycle in Burundi’s capital Bujumbura as the country awaits the results of yesterday’s presidential elections, July 22, 2015. Opposition politicians have accused President Pierre Nkurunziza of violating the constitution by running for a third term and boycotted the election in the world’s third poorest country. REUTERS/Mike Hutchings