Op-Ed: Womandla! Who can lead the ANC Women’s League? 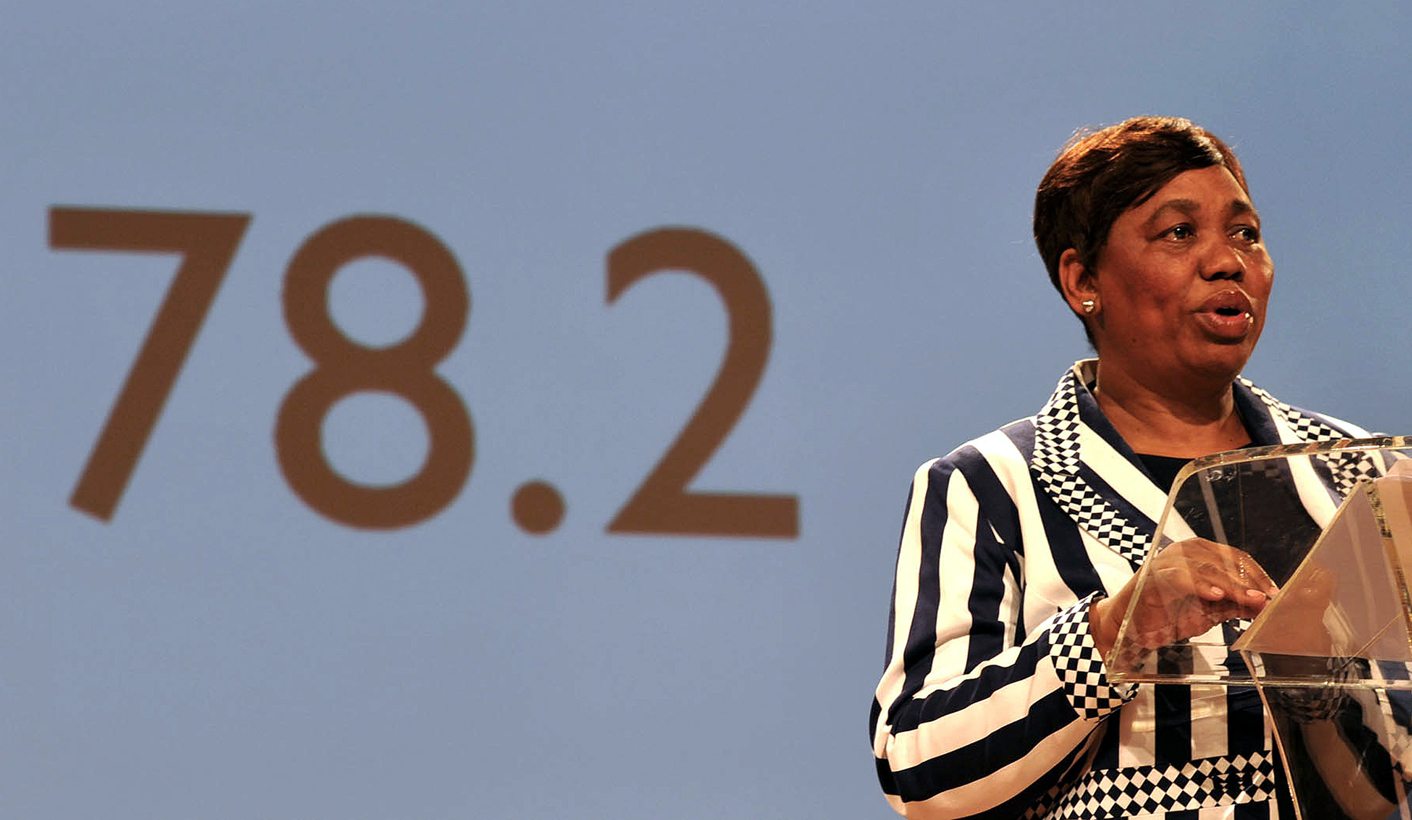 The ANC has been the only party that has been consistently clear on the issues of abortion and lesbian, gay, bisexual, transgender and intersex rights. As a result, it is important to monitor how these issues are addressed by the ANC Women’s League, which should concern itself with sexual and reproductive justice. By MARION STEVENS.

The African National Congress Women’s League (ANCWL) is having its conference this week after a number of postponements and delays. Now I really do not follow the inner workings of the women in green blouses but, as the women’s wing of the ANC, our governing party, they are important to follow.

It is easy to roll one’s eyes in Women’s Month as everyone is now a feminist, opposes patriarchy, and supports women’s leadership including a woman president. While not really getting to the complex fault lines it seems as if many women’s leaders are playing happily on the side-lines and doing beauty and fashion, women in science, etc. Given my work in women’s health and sexual and reproductive justice, I am aware that the ANC has been the only party that has been consistently clear on the issues of abortion and lesbian, gay, bisexual, transgender and intersex (LGBTI) rights. As a result, I have found it important to monitor how these issues are addressed by the ANCWL, which should concern itself with these issues of sexual and reproductive justice.

The ANCWL has a great website with a collection of papers on health, gender, gender-based violence, radical socio-economic transformation for women, women and education, the economic inclusion of women into the mainstream economy and the women and poverty discussion document. An interesting framing and collection of policies, papers and discussion documents. Of note is the fact that education is collapsed into socio-economic issues, I would have thought Angie Motshekga as education minister and ANCWL president would have given education more thought.

But I digress, health is my main focus and the discussion document captures some good points I am concerned about. “The ability of women to control their own fertility is fundamental to women’s empowerment and equality” is gold standard – you go, ANCWL. And the league proceeds to include the International Conference on Population and Development ICPD 1994 definition of Reproductive rights1. However, it loses focus in the next sentence and talks about family planning with reference only to the long-term contraceptive implant. Within South African policy the concept of family planning is no longer used, the new policy is on Contraception and Fertility planning2. Family planning is an outdated concept which does not appeal to young people and many folks using contraception consider families to be far from their minds. The implant is a good option for some but is contraindicated for epileptics, diabetics and those with tuberculosis and a range of additional ailments3.. We really should not be following an old population control method of giving long-term methods but rather giving women information, listening and talking through different methods and enabling options to control fertility.

The policy document references the Choice on Termination of Pregnancy Act (No 92 of 1996)4 yet does not note the reality that black women still die from unsafe abortions5 in South Africa. Pregnancy-related sepsis still accounts for 9.5% of maternal deaths. This is a huge injustice in 2015. The Ministry of Health has a long way to go in showing up at the table to support a woman’s right to abortion in South Africa. The ministry does little to provide national guidelines on medical abortion and ensure the systematic support and training of providers. For a good many years now we have had around 50% of designated surgical facilities operational. Getting traction on the Department of Health implementing abortion services would make a dent possibly on the demand for abortions which has been filled by illegal providers who provide care where there is none. I listened to ANCWL leaders in Parliament in 1995 and 1996 discuss access to abortion as a necessary change from the apartheid government, Ma Sisulu, Ma Tambo, Ma Bertha, Ma Madumise spoke so passionately, it is painful to know that black women do not have this right now some 21 years after democracy.

It is good to celebrate the HPV6 cervical cancer vaccine campaign, which is a major step towards protecting women against cervical cancer. A clear gap is language unpacking and addressing LGBTI rights and tabling how to ensure that LGBTI children are welcome and protected in schools or are welcomed into health facilities or have recourse to prevalent hate crimes. We need leadership here and clear guidance from the ANCWL – it is important to speak out on marginalised groups.

These policies will be debated and discussed. One hopes that after everyone has introduced themselves as feminists and opponents of patriarchy and if the question of a female president does not take up too much time, these policies will be discussed and substantive progress made. I mean really, women of South Africa need depth, we need movement, we need implementation. I wonder which of the ANCWL presidential candidates has any ability to lead on the crucial issues I have raised here.

I can honestly say I have only heard Social Development Minister Bathabile Dlamini say anything meaningful and passionate about reproductive justice7 and LGBTI rights8. She has spoken both locally and globally9 and her department is actively engaged in these issues through the National Population Unit. This past weekend, under her stewardship, staff in her department played a leading role in the United Nations consensus in developing the new Sustainable Development Goals10. While, of course, she is human and makes mistakes, she is also one of the few politicians I have heard apologise, a rare and admirable quality.

I have not heard Motshekga or Water and Environmental Affairs Minister Edna Molewa say anything meaningful on the injustice black women endure in procuring an abortion, nor sitting alongside a black lesbian trying to access education in a homophobic school. South African women in 2015 deserve to be led by women in the ANC who are progressive and speak to the issues that are truly at the fault lines of our societal injustice. I do hope that sanity will prevail and that the ANCWL will elect a smart leader like Dlamini who has proven herself, and of whom the ANC and the country can be proud. It is Women’s Month, we need some good womandla! DM