Analysis: Why Somalia is the Burundian president’s trump card 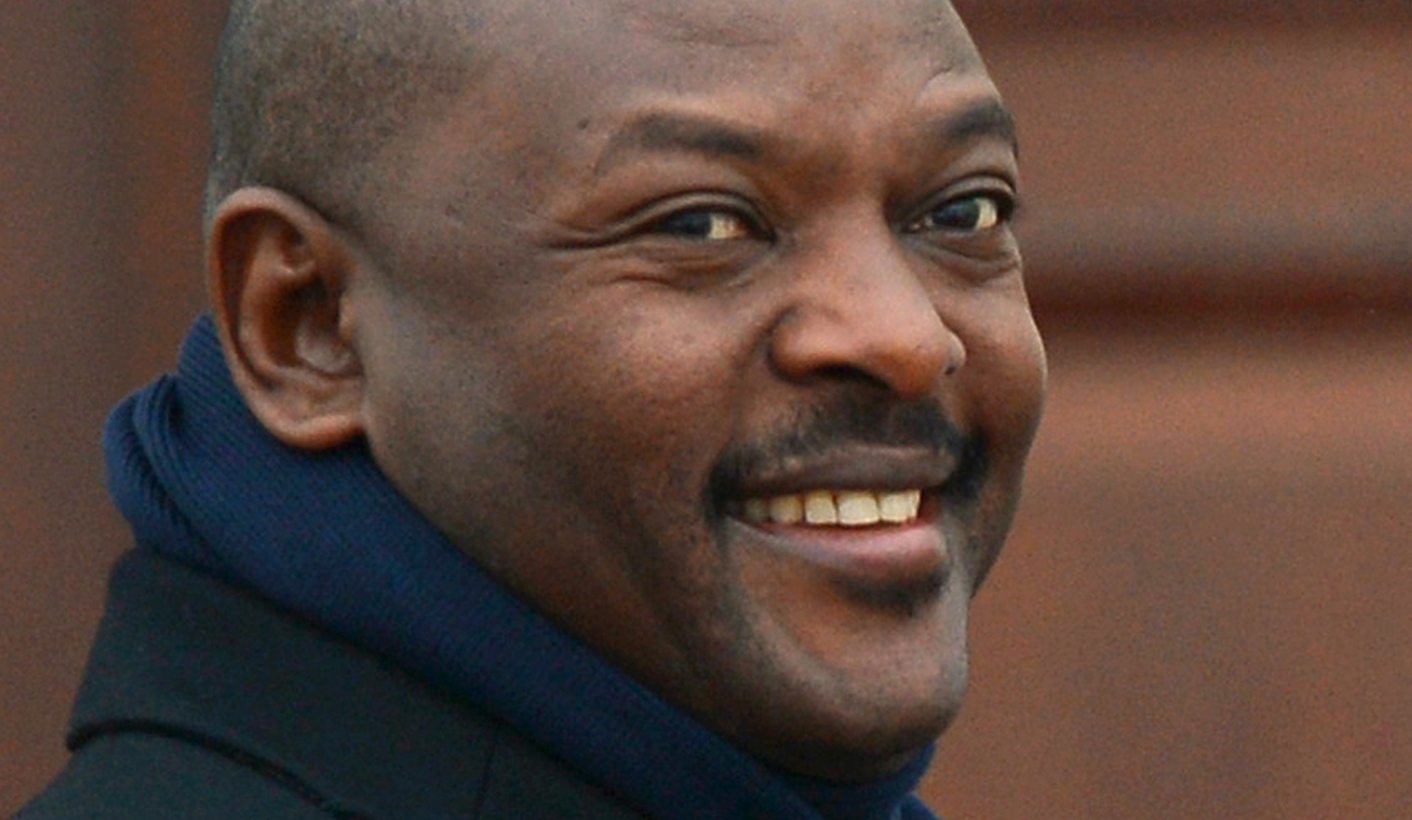 As Burundi’s government digs in its heels, the prospect of a peaceful solution to the crisis gets more and more remote, and the African Union is running out of options. Is it time to take a stand on idealism, or does it make more sense just to give Nkurunziza his third term – especially while he’s holding Somalia hostage? By SIMON ALLISON.

Monday morning brought with it yet another show of defiance from Burundi’s ruling party, which is realising that despite all the international condemnation, the deck is still stacked in President Pierre Nkurunziza’s favour.

Daniel Gelase Ndabirabe, spokesman for the National Council for the Defence of Democracy-Forces for the Defence of Democracy (CNDD-FDD), demanded the resignation of newly-appointed United Nations mediator Abdoulaye Bathily, claiming that Bathily is biased. “When he came to Burundi for the first time, he did not visit the authorities or the country’s president,” Ndabirabe said. “He rather met with different foreign ambassadors as if he came to a country that is not independent.”

The previous UN mediator, Said Djinnit, was forced out of the role after just a few weeks when Burundi’s opposition accused him of being biased against them.

The criticism of Bathily comes shortly after Burundi went ahead with controversial parliamentary elections, with the presidential vote to follow shortly. It seems that no amount of international pressure (or dubious legality) is going to prevent Nkurunziza from running for a third term. Nor was he deterred by the violence witnessed in the parliamentary polls, or the low turnout which indicates just how little enthusiasm his fellow citizens can muster for this particular democratic process.

Regardless of what could or should have been done to prevent the situation from getting this far, the question confronting policymakers now is how to make sure that it doesn’t spiral even further out of control. There are no easy solutions, and all involve making uncomfortable trade-offs.

The temptation, of course, is to make an example of Burundi, and there are several compelling reasons why this is important – particularly for the African Union (AU), which has invested significant political capital in Burundi’s transition from civil war to stable democracy. For one thing, the AU needs to prove that it can back its tough talk on Burundi with some kind of action. It can’t refuse to monitor the elections because the conditions for a free and fair vote do not exist, and then give Nkurunziza the floor at the next AU summit in January (as is tradition for newly-elected and re-elected leaders).

For another, the AU needs to prove that it is an effective guarantor of the peace deals that it negotiates. The Arusha agreement that ended Burundi’s civil war was the new continental body’s first major success story. It was an African solution to an African problem. By letting Nkurunziza violate the terms of that deal, the AU signals to other potential signatories of peace deals – South Sudan’s Salva Kiir and Riek Machar spring immediately to mind – that it can’t be trusted to enforce long-term compromises.

But how to make an example of Burundi, exactly? There are two options on the table – both requiring the kind of political courage that the AU has not always been able to deliver. The soft option would involve the suspension of Burundi from the African Union. The hard option is deploy the East African Standby Force in some kind of military intervention.

These options come with a very large complication from a very unexpected source: Somalia. Burundi is the second-largest troop-contributing country to the African Union Mission in Somalia (Amisom), which is the continent’s flagship peacekeeping operation and a model for future engagement. Until recently, the Amisom mission was going reasonably well, having captured and occupied most major towns and strategic areas from Islamist militant group Al-Shabaab.

This changed at the end of June, when an Amisom base – staffed mainly by Burundians – was attacked. Al-Shabaab succeeded in taking the base, killing at least 60 soldiers in the process. This is a major setback, and military observers suggest that it should never have been allowed to happen: the base was strategically located and well-defended. Investigations are still ongoing, but what’s clear is that it’s now crunch time for Amisom.

This gives Nkurunziza his trump card. Should he choose to withdraw Burundi’s 5,432 troops, Amisom would be in deep trouble – and so would Somalia. The chances of finding any country willing and able to replace this commitment at short notice is slim. As the AU and the international community consider how to deal with Burundi, they must also consider how any action taken against Nkurunziza will negatively impact Somalia.

These political realities make grim reading for Burundi’s various opposition groups, who are agitating loudly for change. Burundian army General Leonard Ngendakumana, in exile after backing the failed coup against the president in May, threatened to launch an armed resistance should Nkurunziza be allowed a third term. “The next (step) is to organise ourselves just to resist, to make Pierre Nkurunziza understand that he must leave and then that we are prepared to do it by force, by organising a military force,” he said, speaking from Dar es Salaam.

The dangers inherent in this are clear. Nobody has forgotten the genocide in neighbouring Rwanda, and nobody wants to see it happen again. But given Nkurunziza’s instransigence, and the potentially devastating knock-on effects elsewhere on the continent, it’s increasingly likely that the international community will gamble that Burundi’s opposition is not strong enough to force a civil war, and give the president his third term – provided it is his last. DM