Burundi: Despite their criticism, did the international community enable Nkurunziza’s third term bid? 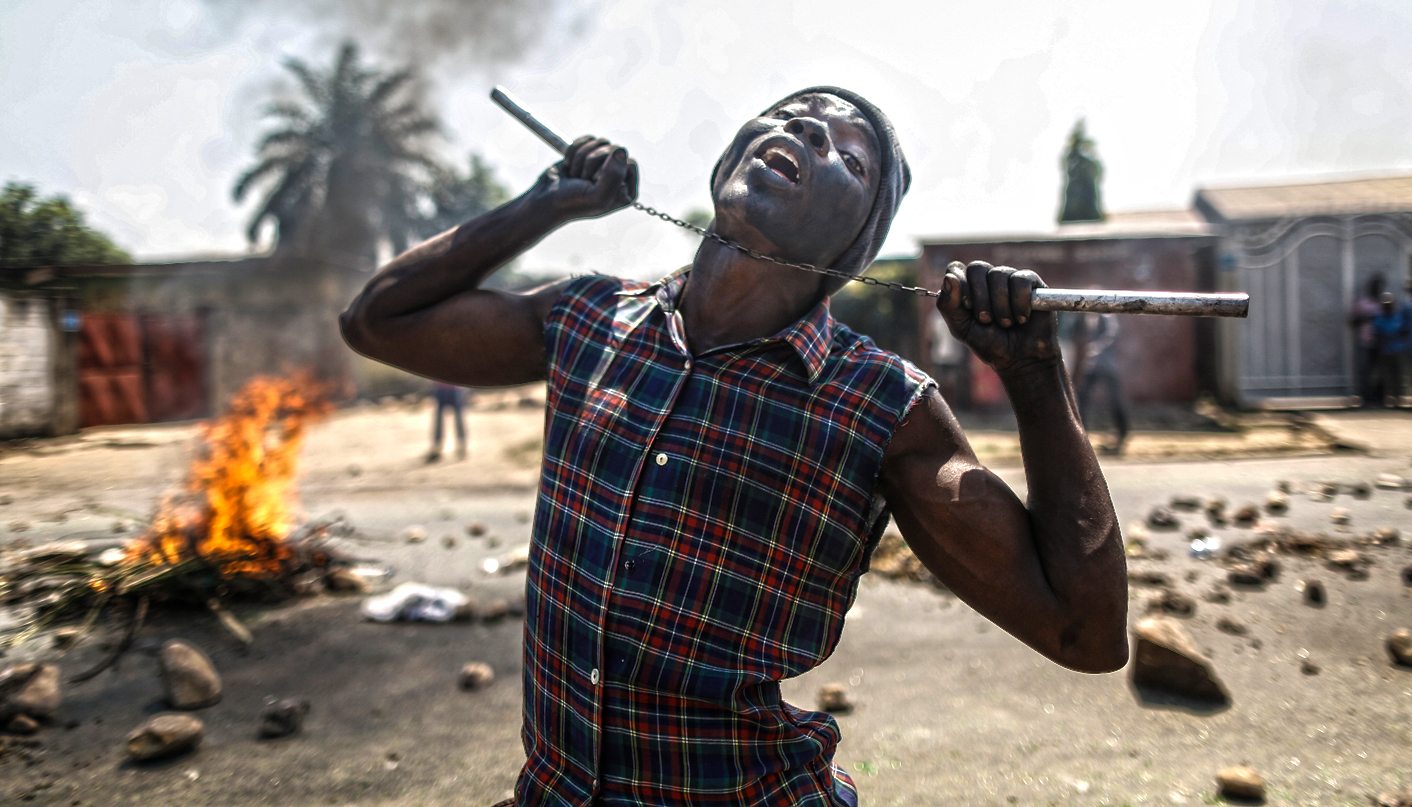 On Monday, Burundi voted in the first leg of its controversial elections which will, almost certainly, result in a third term for President Pierre Nkurunziza. In going ahead with the polls, Nkurunziza defied almost everyone in the international community, who had urged him to postpone until the political situation had calmed down. But perhaps they should have spoken up sooner. By SIMON ALLISON.

The list of people and organisations urging the postponement of Burundi’s elections was long, and illustrious. It began at the very top of the international community food chain, with none other than United Nations secretary-general Ban-Ki Moon noting his concern at the Burundian government’s insistence to go ahead regardless of the deep political and constitutional issues. It included the US and the European Union, both of whom withdrew financial and technical support for the poll. Closer to home, the African Union – in a significant break from tradition – withdrew its election observers in a huff, saying the necessary conditions for free and fair elections had not been met.

Less illustrious, but more significant for it, were the voices coming from the less powerful: specifically, the thousands of ordinary Burundians who risked their lives to register their disapproval of both the vote and Nkurunziza’s decision to pursue a third term in office. At least 70 have died, and dozens have been tortured, in the political violence which dogged these protests and, as a result, opposition parties have boycotted the vote entirely.

But none of this was enough to stop Nkurunziza. On Monday, the first leg of the electoral process began with parliamentary elections, with the presidential poll scheduled for 15 July. Without the participation of any opposition, and with terrified would-be voters staying away, the vote is a sham. Whatever it may be, this is not democracy.

“What has been playing out in Burundi, including today’s fraud election, is clearly the result of a failure of leadership and a lack of fortitude displayed by the African Union. Instead of taking a serious stand against Nkurunziza’s illegal bid to stand for a third term, AU leaders, including the current chairman Robert Mugabe, made light of the situation and openly joked about it during the recently concluded AU Summit. Problem is, no one is laughing, and the deteriorating situation in Burundi is a hugely significant blow to the AU’s already damaged brand and credibility,” said Jeffrey Smith, the senior advocacy officer at the Robert F Kennedy Centre for Justice and Human Rights.

Smith, like many analysts, blames the AU for letting the situation in Burundi spiral out of control. After all, the AU was supposed to be the principal guarantor of the Arusha Agreement which ended Burundi’s civil war in 2000 – the agreement which Nkurunziza’s third term blatantly violates – and it failed to intervene beyond a few stern statements and those aforementioned jokes (Mugabe, at the opening ceremony of the AU Summit in Johannesburg in June, said: “Two terms was like two weeks! So you must go more, so you want another term and you must find an excuse.” Out of context, it’s not entirely clear if he’s talking about Nkurunziza or himself).

But the AU is not the only culprit here. At fault too are all the organisations now taking pot-shots at Nkurunziza, all of whom perhaps could have altered the situation had they acted sooner and more responsibly.

“Had the international community been more careful in dealing with the previous polls [in 2010] where you had similar levels of intimidation of the political parties and arresting political dissidents, I think there would have been a sense that this kind of behaviour, in a post-conflict state that had a strong UN presence, would not be acceptable for risk of destablising country and region. But the decision from EU and UN to turn a blind eye in 2010 has opened the door for Nkurunziza and the ruling party to say ‘if we got away with it in 2010, we would get away with it in 2015’. In addition, I think when attempts to change the constitution in March of last year became serious I think the AU and the East African Community (EAC) should have gotten involved,” said Yolande Bouka, a regional specialist with the Institute for Security Studies (ISS).

The US government should also ask itself a few hard questions. Burundi is a key troop-contributing member of the African Union Mission in Somalia, which is largely bankrolled by the US. Sources suggest that the Burundian government skims as much as 20% off the top of the payments designed for Burundian troops and equipment, and that this is a vital source of foreign revenue – one that’s remained intact throughout the instability.

It’s hard to escape the conclusion that all those now loudly calling for Nkurunziza’s head have, at some point or another, been complicit in his consolidation of power. Now Burundi – and the region, given the thousands of refugees that have already fled for fear of further violence – is paying the price for this short-sightedness. DM

Photo: A Burundian protester gestures in front of a burning barricade during an anti-government demonstration in the capital Bujumbura, Burundi, 03 June 2015. EPA/DAI KUROKAWA.