Of governments, NGOs and spying 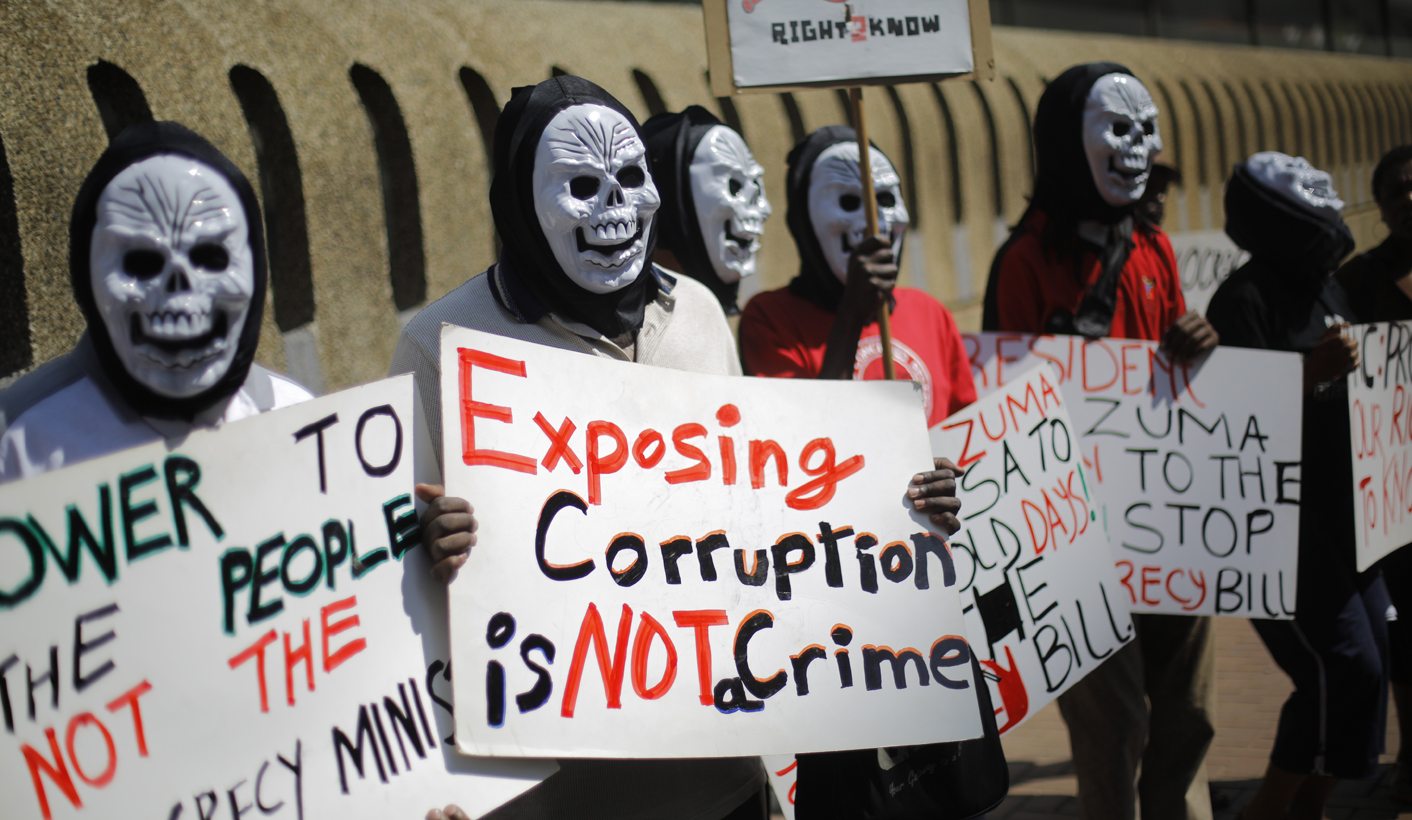 On Monday, news broke that South Africa’s Legal Resources Centre was one of two human rights groups internationally that British intelligence has been illegally spying on. That comes a day after the local Sunday Times reported that government ministers in the security cluster had launched an “informal probe” into five NGOs – including the body responsible for the al-Bashir court order – which government allegedly suspects might be a front for Western interests. Government denies the notion, but it’s hardly too far-fetched. By REBECCA DAVIS.

A tribunal found on Monday that United Kingdom’s monitoring agency, the British Government Communications Headquarters (GCHQ), kept South African NGO the Legal Resources Centre (LRC) under unlawful surveillance. The news has been met with outrage by privacy campaigners both in South Africa and in the UK.

The tribunal also found that the GCHQ had similarly erred with another human rights NGO, the Egyptian Initiative for Personal Rights.

What email communications involving a South African public interest law clinic could have been of such fascination to British intelligence?

“Unfortunately the ruling does not give us any information in this regard, and we are left in the dark as to the reasons that LRC communications would have been a target,” LRC spokesperson Avani Singh told the Daily Maverick on Monday. The LRC has been involved in a host of high-profile legal matters in recent years, most prominently perhaps the Marikana Commission.

“We will certainly take immediate steps to try to establish more information about precisely what interception activities were undertaken and the reasons for it,” Singh said.

Singh also urged similar organisations to step up security precautions. “Although many organisations have in the past expressed concerns about the possibility of being under surveillance, the [tribunal] ruling is now factual confirmation of this having taken place,” she said. “All organisations need to take care regarding what information is communicated electronically, no matter how strong the security in place may be.”

And the possibility of such surveillance may not stem only from the intelligence agencies of foreign governments.

In the wake of the controversy over the departure of Sudanese President Omar al-Bashir from South Africa, the Sunday Times reported that “ANC leaders and the security cluster ministers” had launched “informal probes” into five NGOs. Among them is the Southern African Litigation Centre (SALC), the organisation that approached the courts to prevent the government allowing al-Bashir to leave.

The paper, which drew its information from an unnamed source, reported that these NGOs in particular are thought worthy of scrutiny because “they are regarded as fronts for Western powers who want to meddle in the political affairs of South Africa and other developing nations”.

State security spokesperson Brian Dube told the Daily Maverick on Monday that such claims are false.

“There is no truth to such reports as reported in some sections of the media,” Dube said. “It’s also important to indicate that our constitutional democracy provides for recourse if people or organisations believe that they are unfairly targeted by the country’s security agencies.”

The Sunday Times report will have struck many people as far from outlandish, however.

Campaign group Right2Know released a report earlier this year concluding there existed “strong evidence that [South African] state security structures are monitoring the work of at least some activists and civic organisations”.

It’s not always clear why this monitoring is taking place, R2K notes. “In some cases, the state security structures may be ‘accidentally’ infringing on our rights, by being over-zealous and overstepping their mandate. In some cases, they may be deliberately infringing on our rights, by secretly pursuing a mandate that they know is illegal. Some cases may be a combination.”

SAPS told Parliament openly last year that more resources were needed for intelligence gathering, including long-range recording devices for use during protests to record conversations.

The notion that South African organisations are pawns for Western powers is also one that the ANC government has voiced in the past. In 2014 the ANC accused the Association of Mineworkers and Construction Union (Amcu) of being controlled by “white foreign nationals” bent on “destabilisation of our economy”.

“The South African government is trying to shift blame for its failures by pointing fingers towards the civil society sector which has been working vigorously in challenging government corruption and inadequacy in addressing the issue,” R2K’s Busi Mtabane suggested to the Daily Maverick.

“As the Right2Know Campaign we call on South Africans to unite and defend democracy by challenging the abuses of power meted out by the state security structures.”

State security’s Dube says the government supports the role that NGOs have always played in strengthening democracy in South Africa. “We would also promote a culture where they act in accordance to their mandates,” he adds.

It’s not clear what the government considers NGOs’ “mandates” to be – but it’s definitely clear that it’s possible to fall foul of those at the top.

“Let us also reiterate what we have always said that where there is evidence of people acting outside of the law, we will not hesitate to take the necessary steps, in accordance with the law, to deal with such irrespective of their standing in society,” Dube concludes. DM

Photo: Members of the ‘Right2Know Campaign’ protest against the lack of protection of whistleblowers and other issues surrounding the State Information Bill in Johannesburg, South Africa, 09 September 2013. EPA/KIM LUDBROOK