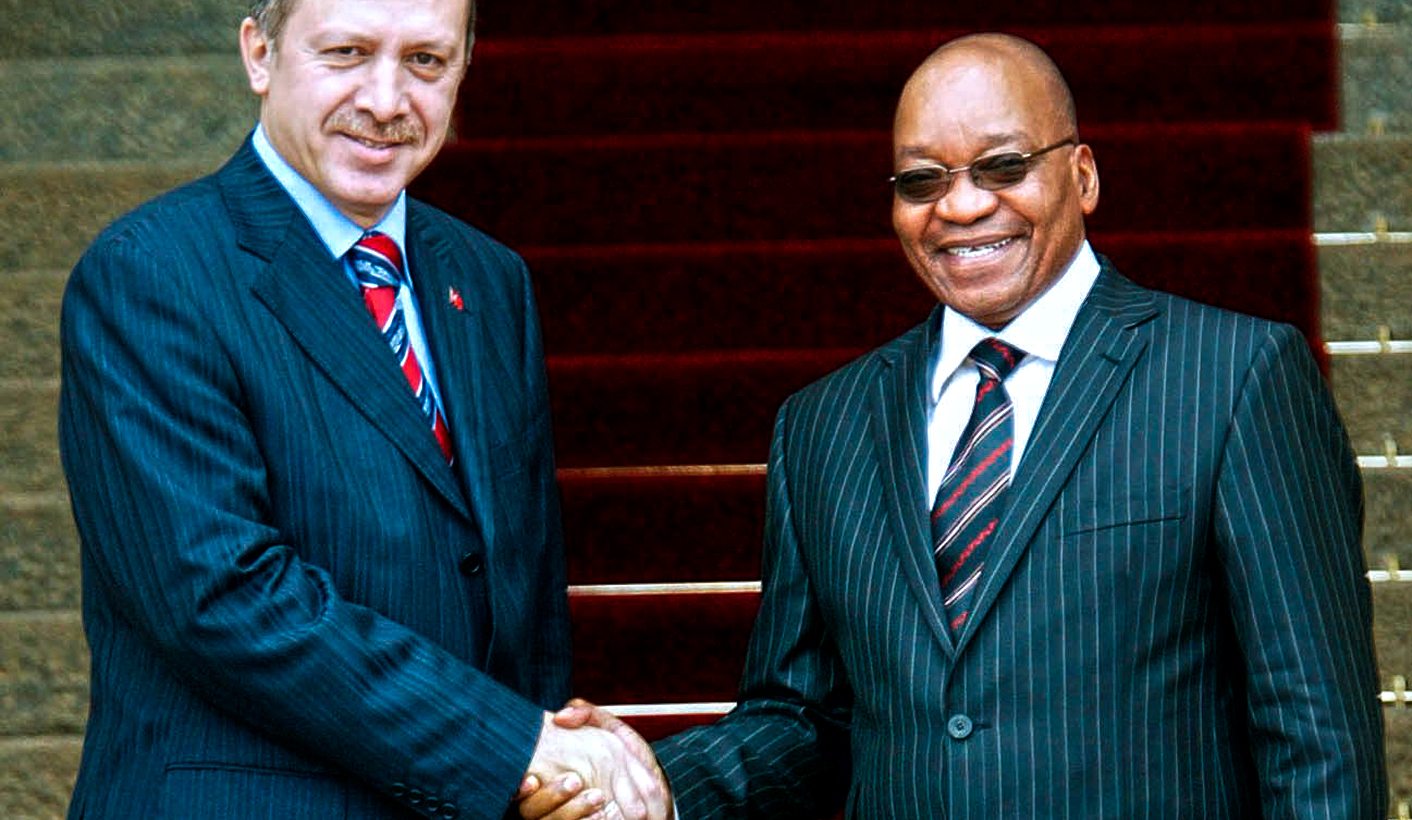 Analogy may be the bane of analysis, but folks—I just can’t help myself. Consider Sunday’s landmark Turkish elections, in which President Recep Tayyip Erdo?an and his Justice and Development Party (AKP) were delivered a spanking from a Turkish electorate who were supposed to cow to his dictatorial tendencies by handing over a fourth consecutive parliamentary majority. It didn’t quite happen like that, which doesn’t mean that Erdo?an and the AKP are finished, but it does mean their power has been curtailed. Lessons for South Africa as we hurtle toward 2019? Why, certainly. By RICHARD POPLAK.

When I first visited Istanbul in 1993, the city was in a protracted state of terror. A young Islamist politician named Recep Tayyip Erdo?an looked set to become the next mayor of a sprawling, ungovernable metropolis that was, at the time, stuck halfway between the Dark Ages and the nineteenth century. The not-unbearable pong of the Ottoman Empire still clung to the place, and it was comfortably uncomfortable living inside the Sick Man of Europe’s carcass. The bottomless glasses of arak and endless discount mezze plates helped.

The fear at the time was understandable: Erdo?an had grown up rough in the city’s Kas?mpa?a ‘hood; he was renowned as a bruising semi-pro football player who had given up the big leagues out of obedience to his father; he was a devout Muslim who loathed the country’s secularist foundation. Erdo?an was about as different from Istanbul’s liberal chattering classes as their servants were, and his rise spelled the end of three generations of military-maintained melancholy and Orhan Pamuk-like stagnation.

In 1994, Erdo?an’s took Istanbul, and dragged it toward the 21st century. On subsequent visits, I saw no evidence of public floggings or women in full niqab, but rather a rapidly progressing city that had finally found its place among Europe’s most exciting cities—“exciting” being less of a misnomer in 1994, only a few years after the fall of the Berlin wall, than it is now. In a sense, Erdo?an’s Istanbul liberated Turkey from the hangover of Ottoman dissolution and, all the official Ataturk adulation aside, allowed for a proper mission civilistre to take shape.

But there were problems. The punchy mayor was not willing to accept the status quo. Fundamentalist Muslim parties were all but illegal, and when he read a coded poem in defense of the hardcore Welfare Party, he was sentenced to ten months in prison for inciting violence and religious hatred, losing his mayoral post in the process.

The establishment believed that they’d kneecapped a threat, but they’d instead created their own downfall. The moral victory was Erdo?an’s, and in 2001 he created the AKP, winning the general election in a landslide in 2002. By 2003 he was prime minister, and he’s effectively ruled since then—his efforts have included a Putin-like switcheroo in order to become president in 2014. This was the end of history for Turkey: the AKP was the natural ruling party, a perfectly calibrated expression of this socially conservative country’s political id. And while the party started out as an Islam-tinged American-loving, liberal, socially right-wing party ready to reconcile troubles with the local Kurdish population, things have since changed.

The violent American brain freeze in Iraq didn’t help, and the nightmare unfolding in Syria has helped even less. But more than that, Erdo?an proved himself to be a very tough nut. He didn’t bend, and he rarely compromised. Opposition parties and journalists were hounded into hiding. “Terror” laws were signed. The country began to pull away from Europe, which seemed wise as the economy rocketed skyward, joining China, India, Brazil and South Africa as a developing world darling. But when the economy plummeted back to earth, and riots ripped through the capital in 2013 after a shady Erdo?an scheme to turn a park into a Franken-development, the president was suddenly fighting for his political life. A massive corruption scandal unfolded, and—wait for it!—so did a battle over a vast presidential palace, called the Ak saray, which was illegally built on the site of a conservation area near Ankara.

Out of nowhere, a young, dazzling Kurdish politician emerged to take on the AKP during the 2015 elections. Selahattin Demirta? and his leftist pro-Kurdish Peoples’ Democratic party (HDP) filched one million votes from the established opposition CHP, and redesigning the political mainstream in Turkey forever. Erdo?an will not be able to fiddle with the constitution and invest more power in the executive presidency. He will not become the dictator no one in Turkey ever wanted.

Does any of this sound like a South African sci-fi mini-series?

If so, I barely need to note that there are significant differences between South Africa and Turkey. One is a massive country hinging Asia and Europe; the other is a smaller country at the bottom of Africa. But both were once seen—by outsiders and by locals—as countries on the move, as hipsters with swagger. That optimism was due to the gloss from two major political brands, and both those brands have tarnished themselves into ignominy. And from the enormous pool of youth that undergirds the demographics of both countries, politicians have emerged to vanquish the strongman.

Erdo?an’s fall, or rather the correction of his endless upward passage, is a lesson in tough guy politics if your name isn’t Vladimir Putin: kill everyone and rig the elections, or risk the exasperation and exhaustion of your electorate. Ten years ago, the AKP was set to rule Turkey for a generation. Now, largely due to a river of sleaze and disastrous overreach, they will have to deal with massively empowered opposition.

This is exactly what is about to happen in South Africa.

I’d argue that the ANC, due to its age, size and liberation cred, is a more robust brand than the AKP. But only just. The Zuma Effect has turned the green, yellow and black into a uniform shade of brown, and almost no one in the party inspires any excitement in anyone outside of tender recipients. The ANC can, of course, turn things around by committing to a raft of governance initiatives, paying back the Nkandla money—I’m laughing too hard to type the rest of that sentence. The sledgehammer of destruction has come from within, and it will certainly be interesting to see what is left of the party following the municipal elections in 2016, and the big one in 2019.

Both parties will find that rehab is a bitch. And payback is even bitchier. DM