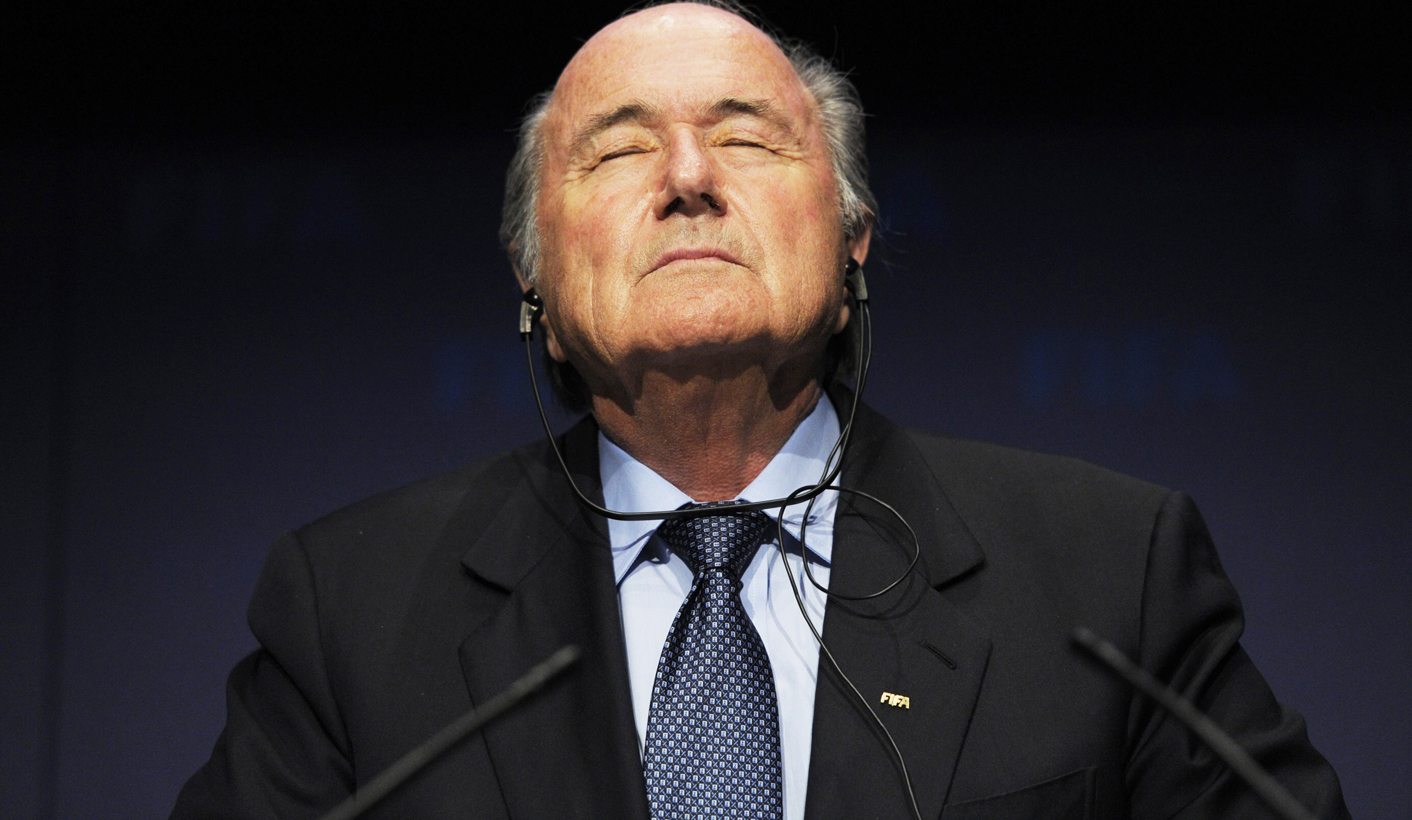 The South African camp has responded to allegations from the US department of justice that dodgy dealings helped them secure the 2010 World Cup. Their response, unsurprisingly, has been denial from all sides. ANTOINETTE MULLER picks apart Thursday’s news.

World football is in crisis. On Wednesday, several high-ranking officials were arrested in Zurich, ahead of Fifa’s annual congress. Raids were carried out on their headquarters in Zurich and in Miami where the US headoffice is situated. The US justice department released a 164-page indictment that makes for bone chilling reading. Among the most alarming of allegations is South Africa’s alleged involvement. The exact details remain murky for now, but the overwhelming response from the South African camp has been denial, denial, denial.

Dominic Chimhavi, Safa’s director of communications, went as far as to tweet, “No need to press any panic button regarding the Fifa 2010 World Cup. Terrible thumb-sucking from individual making those wild allegations”.

Chimhavi seems to miss the point that it’s not just an individual “making wild allegations”. The indictment is a result of a three-year long investigation into corruption spanning two decades. It will take some time before the air clears, but as things start to come together, it’s best to break it down. Here’s what happened on Thursday.

Fikile Mbalula said no money was paid by government to individuals

Sports minister Fikile Mbalula addressed the media on Thursday and, in typical Mbalula fashion, tried to deflect attention with average humour when he referred to the “suitcases like a mafia movie”. He also vehemently denied all allegations and insisted South African officials had not even seen a copy of the indictment. It’s right here on the US department of justice’s website, so maybe Mbalula’s office just wasn’t Googling hard enough. Still, Mbalula’s comment that the government made no payments is indeed correct, as the indictment said as much. Instead, money that was meant to go to help South Africa get ready for the World Cup was diverted. That’s how laundering works.

Minister in the presidency Jeff Radebe, who was also part of the local organising committee of the 2010 Football World Cup, said on Thursday that South Africa received a clean audit from Ernst & Young. But a clean audit does not always mean innocence. Knowing what we know now, that the funds used to pay these alleged bribes actually came from Fifa and not from Safa or the South African government, audits wouldn’t have been too much of a problem. A glance at travel records of officials at the time of the allegations of funds being paid over in a Paris hotel room will shed some light on the allegations.

Two “high-ranking South African officials” are referred to, but not named

The one thing that South Africa cannot deny is the relationship with Jack Warner. Nelson Mandela’s visit to Trinidad and Tobago and Warner’s visit to South Africa was all well-documented. In 2007, premier of the Western Cape, who was Ebrahim Rasool at that time, thanked Warner in a speech for “putting his faith in Cape Town, in South Africa and the African continent and we are hoping that this is the first of many”. Not even Mac Maharaj would be able to spin that this link doesn’t exist. And this link could be very troubling.

Former Fifa vice president Jack Warner finally handed himself over to police in Trinidad and Tobago on Wednesday evening. The indictment from the US department of justice puts him at the centre of South Africa’s alleged involvement. Warner, who twice resigned due to bribery allegations, will hold the key to the truth about what South Africa did and didn’t do and who exactly it was that did it. Considering the charges against Warner, if any of the allegations against South African officials are indeed true, it could spell big trouble. Warner could very well enter into a plea bargain deal in an attempt to reduce his sentence. Both Warner’s sons have also confessed to corruption, and if the dots of the indictment are connected, it is possible that it is one of them who travelled to Paris to collect the suitcase containing the $10 000 from a South African official. Their confession could also hold crucial information about South Africa’s involvement.

Danny Jordaan has not made a peep

Fresh from being elected, unopposed, as mayor Port Elizabeth, Danny Jordaan jumped on a plane and jetted off to the Fifa congress in Zurich, where suggestions still seem to be that Sepp Blatter will be re-elected. Jordaan was central to South Africa’s successful bid for the 2010 World Cup, but he has not said anything about the allegations. For those willing to read between the lines, Jordaan’s willingness might speak for itself. Knowing that Swiss and US authorities are on the prowl, Jordaan does not seem too bothered by a potential threat of arrest (if he is implicated, of course), which suggests that he might be fairly confident that he’s got nothing to worry about. DM