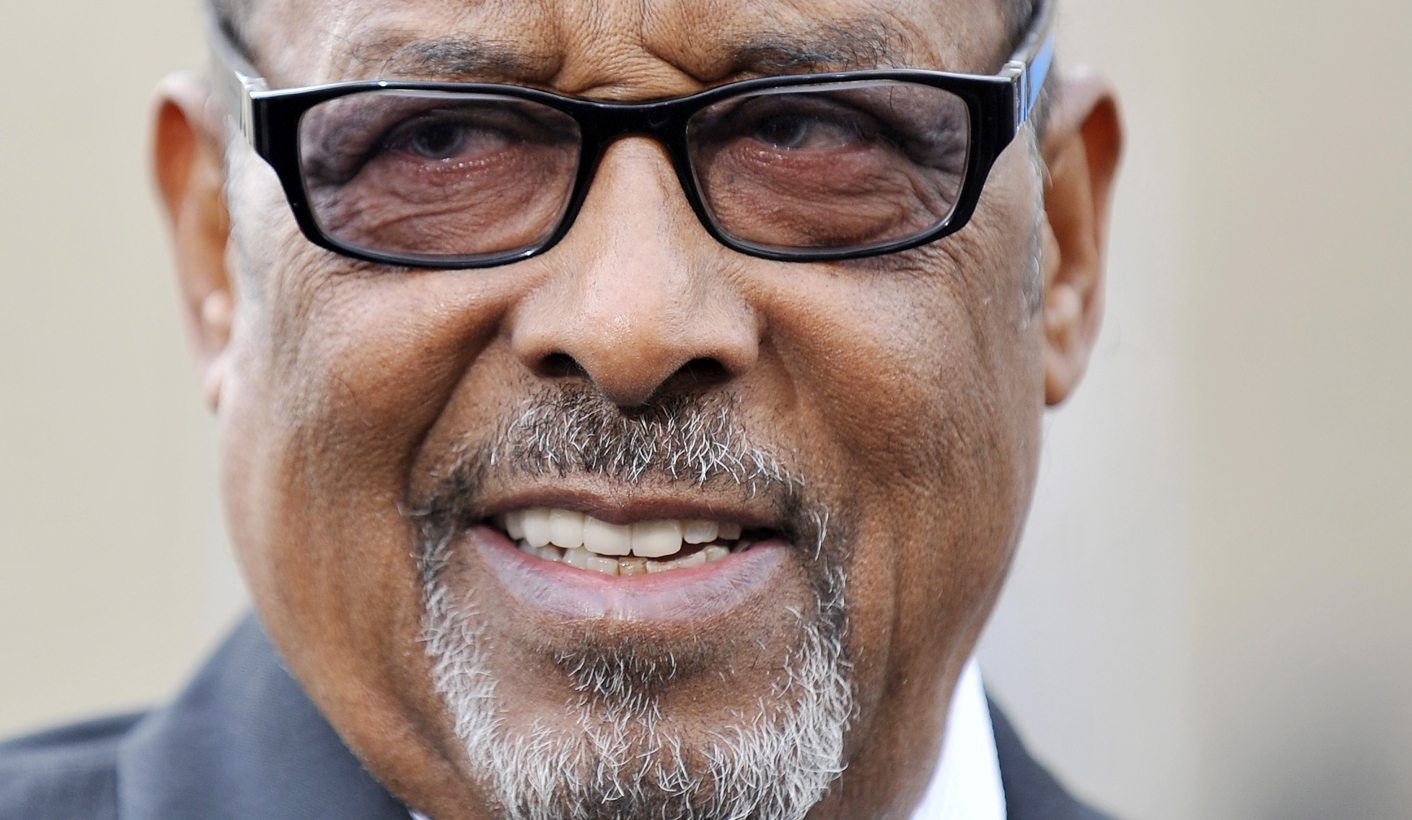 The self-declared Republic of Somaliland – a de facto independent state formed from Somalia’s north-western regions – is often described as an island of stability in a sea of conflict. Much of the security enjoyed by its estimated 3.5 million people is attributed to a “hybrid” governance system marrying traditional authority with modern Western style democratic governance. But Somaliland’s main donors have expressed concern over recent developments that beg the question whether its mixed political arrangements are robust enough. CLAIRE ELDER & CEDRIC BARNES from the INTERNATIONAL CRISIS GROUP’s Horn of Africa Project discuss why a decision by the so-called Guurti – the Upper House of Elders – worries Somaliland’s international partners and risks causing a dangerous political and clan polarisation.

What is behind Somaliland’s current political crisis?

On 11 May 2015, the Guurti, announced – apparently without consulting the National Electoral Commission (NEC), government or political parties – a two-year extension of the current government’s term, including a further postponement of the presidential and parliamentary elections due this June. The announcement prompted widespread popular protests in the capital, Hargeysa, and in the cities of Berbera and Burco. Security forces detained thirty members of the opposition (though most were later released). President Ahmed Mohamed Mohamoud

“Silanyo” needs to respond to the Guurti’s decision within three weeks, during which he might bring together the government, all political parties and Guurti members in a consultative forum, as Vice President Abdirahman Saylici has suggested.

What are the implications for the region and the outside world?

This is the latest in a number of developments that show Somaliland’s hybrid governance system is under strain – the move away from previously highly consensual politics (an inevitable casualty of modern state building) also hints at a return to the traditions of authoritarianism in the region. A strengthened executive could certainly secure short-term security gains – pleasing certain regional partners – but stronger institutions are also needed – which arguably the Guurti’s decision undermines. The present situation is the worst of both worlds, an unchecked executive further bolstered by a co-opted institution. This may prompt wider civil unrest that risks taking on clannist dimensions – especially between the politically dominant Isaaq sub-clans – even a possible return to their fratricidal conflict of the 1990s. Extremists like Al-Shabaab are also well placed to exploit instability and grievances to recruit and radicalise.

What precedent is there for the Guurti’s actions?

Guurti-led government-term extensions and poll-postponements are the rule rather than exception in Somaliland. In 2008, then President Dahir Riyale Kahin was granted a one-year extension; elections eventually took place in 2010 [see Crisis Group Briefing Somaliland: A Way out of the Electoral Crisis]. The second local council and municipal elections were finally held in 2012 after a five-year postponement. This time around, the reason for pursuing a two-year postponement is less clear, though most see it as a direct challenge to the NEC’s 3 May recommendation to delay the polls on technical grounds until 1 June 2016 – a decision widely supported by international donors. The ruling Kulmiye party, and the smaller of the two opposition parties, Justice and Welfare party (UCID), had bilaterally agreed to extend the government until 15 November 2016; this appears to have emboldened the Guurti to announce a further extension and poll postponement to April 2017.

What lies behind the Guurti’s decision?

The Guurti has the constitutional mandate (Article 83, paragraph 5) on security grounds. It cited insecurity in the eastern regions, but other factors, including the legality of NEC’s original pronouncement, some outstanding but not critical legislation, and even the weather, were also invoked in the 11 May “House Decision on Extension”. Even when taken together, these factors hardly justify a full additional year. Instead many Somalilanders recognise the Guurti’s decision as heavily influenced by Kulmiye’s internal succession crisis, ongoing tussles between the executive and parliament, and the divided opposition’s inability to agree on a common stance.

The Guurti’s role is to arbitrate and seek peaceful consensus where issues divide the political class and threaten peace. Their divisive decision adds to existing, it is partisan toward the incumbent president. The quid pro quo is likely to be their continuation as the only unelected “representative” institution in Somaliland; many members have served since the 1993 Borama conference established the current “hybrid framework”, others inheriting seats within “ruling” clan-families. The Guurti’s mandate has been extended four times (pushed from 2003 to 2006, then to 2009, 2011, and 2013) – a fifth extension (until 2018) will be automatic if the Guurti postponement is given the green light.

What has been the public response?

On 12 May, the government denied the main opposition Waddani party permission to hold “peaceful protests” following the Guurti’s announcement; demonstrations occurred anyway, leading to the arrest of at least 30 party members. UCID and Waddani have since come out strongly against the Guurti decision (and in support of a 2016 date). Waddani – increasingly strident in its criticism, especially after government tried to orchestrate a no-confidence vote in October 2014 against the party’s leader and speaker of parliament, Abdirahman Irro – has pressed for a “caretaker government” in the event of any election delay. Further protests were postponed until after 18 May independence celebrations. The president has 21 days to give his assent to the Guurti’s decision, enough time to hold a consultative forum as proposed by the Vice President Saylici (whose Gadabursi clan often serve as “third-party” mediators when the Isaaq sub-clans are in conflict).

What do Somaliland’s international donors think?

Somaliland’s status as a quasi-independent, unrecognised state complicates international reactions, as well as official responses – especially when its relatively successful democratisation has not brought the prize it hoped, state recognition. Yet, if an acceptable compromise is not reached it will jeopardise Somaliland’s special funding arrangement under the 2012 New Deal Compact for Somalia, to judge by strong statements and private démarches made by the EU, UK and others. The issue is especially sensitive since donors cannot acquiesce to an extension for Somaliland’s government when they are expected to take a tough line against calls for a mandate extension of the Somalia Federal Government and parliament’s mandate due to end in August 2016. Hard liners in Hargeysa feel that Somaliland’s long-term interests are being subordinated to international policy priorities in Somalia and are willing to call the donor’s bluff.

National consultative talks planned to start on 20 May – bringing together government and political parties – have now been postponed until this Saturday, 23 May, to allow preliminary deliberations among all participating parties to address apparent divisions. If there is no agreement the opposition will scale up their protests. In the past, instances of political crises – especially over elections and government extensions – political and clan leaders have pulled back from the brink, but given Somaliland’s growing political and economic capacity, the spoils and stakes of power are now much greater. DM

Photo: Somaliland President Ahmed Silanyo arrives at Lancaster House for the Somalia Conference in London, Britain, 23 February 2012. Delegates from across the world are meeting in London to address the needs of the east African worn torn nation. The conference, with the participation of more than 50 governments and organizations, follows recent successes by Somali government troops against Islamist group al-Shabaab. EPA/ANDY RAIN

All past Crisis Group reporting on Somaliland can be found on the Somalia country page on the Crisis Group website. In the coming weeks, Crisis Group’s Horn of Africa Project plans to publish a new analytical Briefing on the strains in Somaliland’s relative success. This feature was first published here.