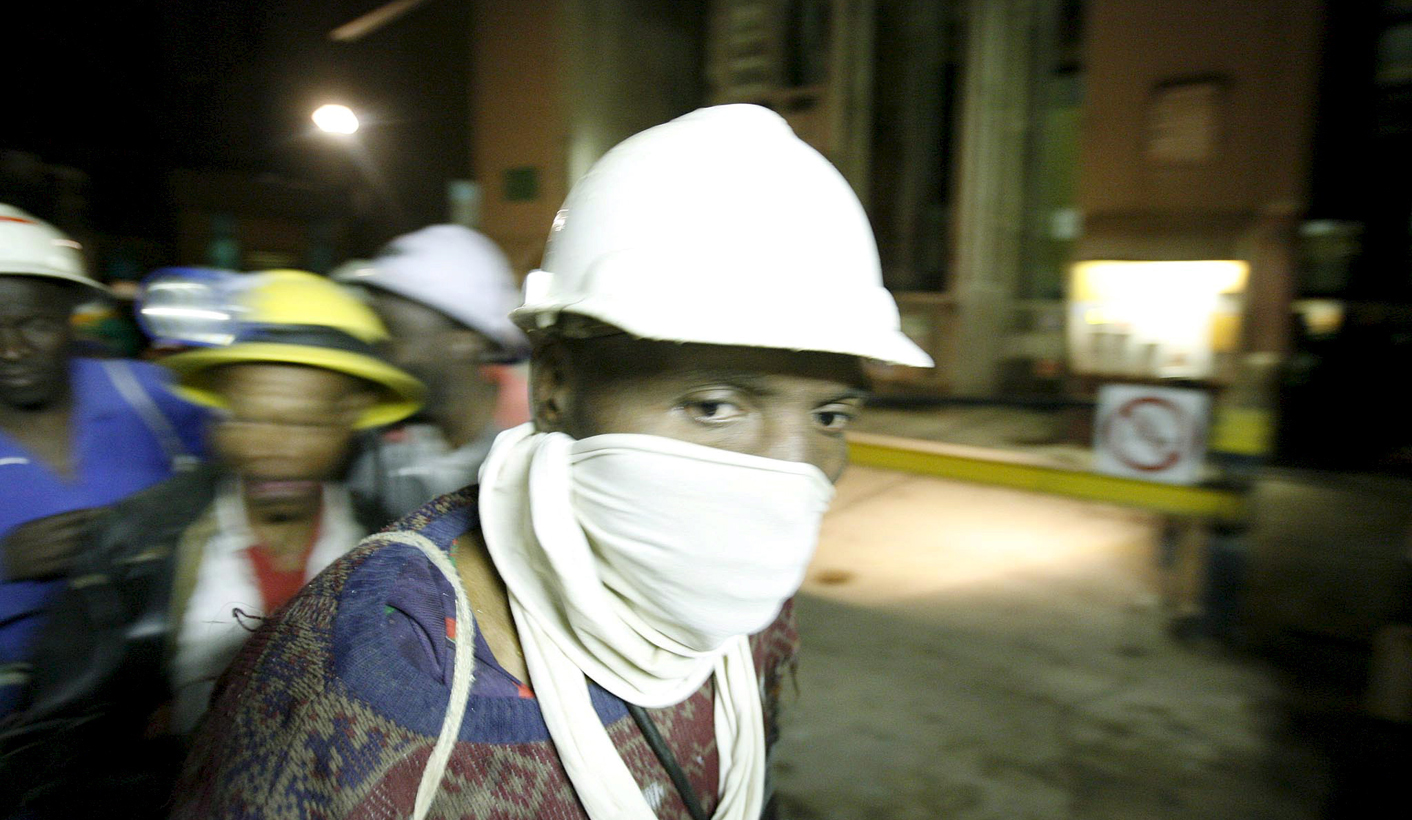 Relations between the Department of Mineral Resources and the mining industry have been tense. On Tuesday, the parties committed to working together. Yet with rising public expectations, Minister Ngoako Ramatlhodi must keep the pressure up, but be clear about it. By GREG NICOLSON.

Mike Teke, speaking at the Chamber of Mines Annual General Meeting at the Johannesburg Country Club on Wednesday, denied there was a rift between the Chamber and Department of Mineral Resources (DMR). “The perception that there is a breakdown of trust between the Chamber and DMR is incorrect. We are not going to agree on everything. There will be times when we will voice our concerns – when this becomes necessary,” he said in his presidential address.

The Chamber and DMR have been at odds in the last week since Minister Ngoako Ramatlhodi announced the latest details of the Final Mining Charter Report, assessing industry compliance with the 2004 Charter and its 2010 amendment. The Chamber and DMR have taken different views on the statistics, symbolising both positive and negative tension.

Ramatlhodi emphasised the failings. After the figures were weighted, taking into account the size of the companies, he said 90 percent of the mining industry had met the target of 26 percent ownership for historically disadvantaged South Africans. However, further analysis found that only 20 percent of mining right holders met the full requirements for meaningful participation. Ramatlhodi said 45 percent of mining companies did not meet targets for improving living conditions for miners. Only 36 percent met targets on mine community development.

The Chamber said it was surprised by the release of the statistics as parties had agreed not to go public until the court ruling on the issue of “once empowered, always empowered” ownership. On Wednesday, Teke emphasised the current difficulties facing the industry “characterised by depressed commodity prices, rapidly escalating costs, electricity supply challenges and continued uncertainty regarding some parts of South Africa’s mining and transformation laws”.

“The mining industry has done more for transformation than any other component of the private sector since the advent of democracy. What we are seeking is a fair reflection of the progress made. We do recognise that there are gaps in our delivery on transformation, such as the implementation of social and labour plans. But instead of complaining about obstacles sometimes faced, like, in some cases shortcomings on the part of local government, we would rather continue to work with stakeholders to achieve the objectives,” said Teke.

The Chamber released its own stats last week emphasising the positives. It disagreed with the claim that only 20 percent of right holders had meaningfully transformed and claimed the figure undermined the progress made. The discrepancy lies in definition: the DMR’s figures look at meaningful ownership as including BEE, community and employment deals, but the majority of historically disadvantaged ownership is primarily just through BEE. The Chamber is adamant that all of the companies it has measured have met the 26 percent ownership target and calculated that there’s 38.5 percent BEE ownership across the industry. It said 73 percent of the industry has met targets to reduce housing occupancy and 63 percent have met targets to convert hostels into family units, still well short of the 100 percent goals. It said 70 percent of the industry had met requirements for community development.

While there are differences in the figures from the DMR and Chamber, most come from differences of interpretation and presentation. The figures Ramatlhodi presented look at what has not been done and demand more from the mining industry. The Chamber’s numbers reflect the progress made and, particularly in the case of ownership, demand less future investment.

But the minister is right to be critical. While the industry’s initial R116 billion BEE in transactions since 2004 are estimated to have created a net value of around R159 billion, mining companies don’t deserve a gold star for meeting minimum requirements. Those that surpass the Charter’s targets, and some do, should be commended. But too many companies have failed, particularly on targets relating to employee housing and community impact. After the Marikana massacre, many of them would acknowledge that too little was done to transform systemic issues.

Ramatlhodi is also dealing with increasing public pressure. It’s the sixtieth anniversary of the Freedom Charter, and in the strict sense, mineral wealth has not been “transferred to the ownership of the people as a whole”. Instead, mining is often associated with strikes, historical exploitation, a recent massacre, and elite wealth. The Economic Freedom Fighters have made nationalisation a key campaigning issue.

The minister and his department must continue to pressure the industry to improve, but he must be consistent. He should not be cowed into silence over claims of scaring foreign investors, but jobs are currently under threat and mining companies, if they are to perform better on transformation, community and employee impact, need to know what’s in store, even if it’s a more critical government, while the state needs to stick to its position. Continued uncertainty over the Mineral and Petroleum Resources Development Amendment Bill does not help, nor does springing surprises like the recent statistics announcement.

Tension is necessary, but the playing field needs to stop changing. DM

Photo: Some of the miners trapped underground arrive at the surface during ongoing recue attempts at the Elandsrand gold mine in Cartonville, South Africa, 04 October 2007. EPA/KIM LUDBROOK