Cape Town vs Civil Society: How much is enough spending on water and toilets? 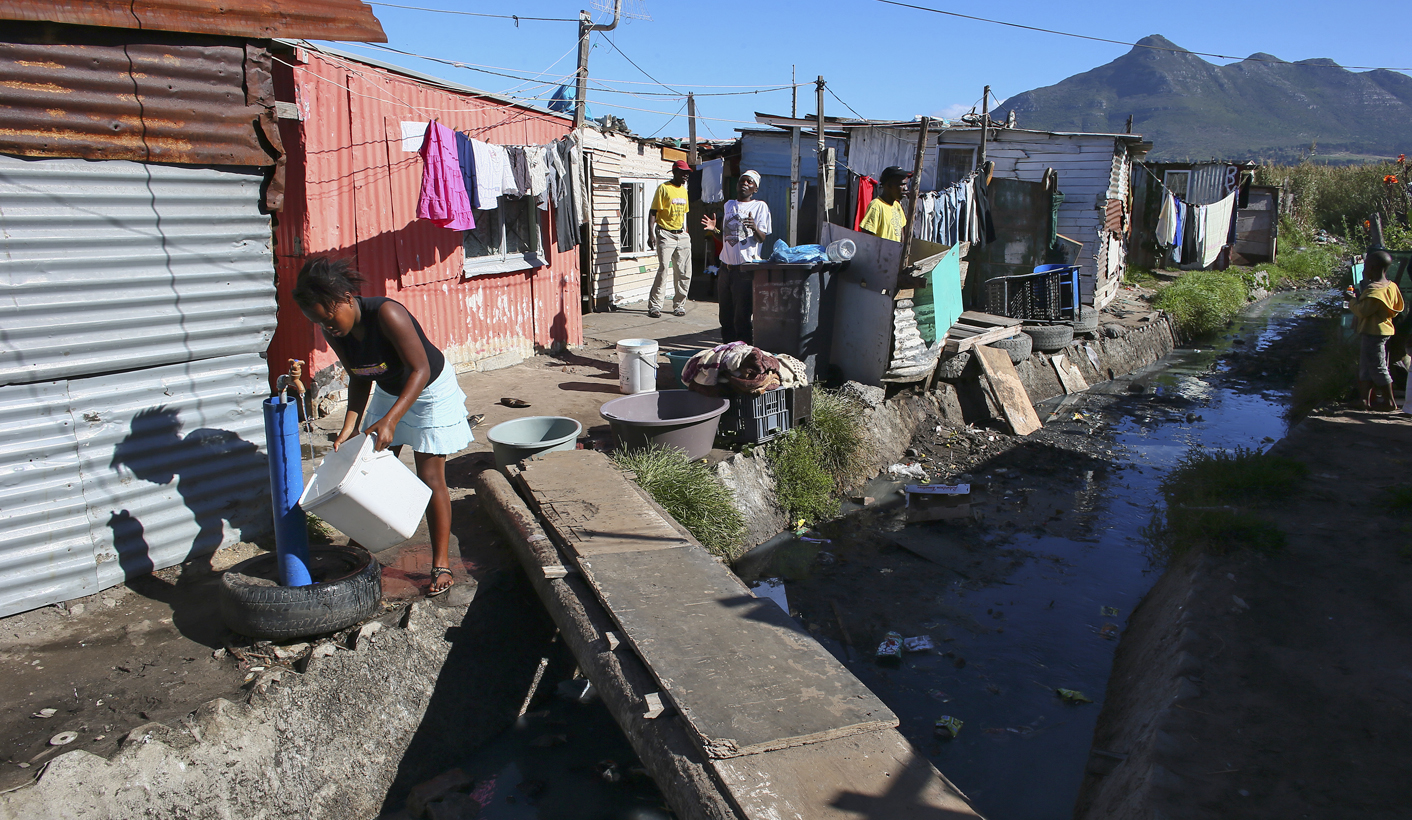 Every year the City of Cape Town produces a draft budget the size of a packing crate. While the public is invited to make submissions on how the city’s money gets spent, the sheer size of the document alone makes engagement daunting. NGOs have done the work, however, and they say Cape Town’s 2015/16 budget reveals that proportionally far too little is being spent on infrastructure in informal settlements. The City of Cape Town begs to differ. By REBECCA DAVIS.

“The City of Cape Town’s proposed budget for the 2015/16 year once again underscores our commitment to redress and to improving the lives of our poorer residents,” ran a recent statement from the City’s mayoral committee member for utility services, Ernest Sonnenberg. “This is particularly clear in the allocation made for water and sanitation services.”

Activists from the Social Justice Coalition (SJC) and Ndifuna Ukwazi are far from convinced. At a meeting on Tuesday hosted by the International Budget Partnership – an NGO supporting public participation in government budgets – their concerns were laid out.

The City says its budget is 67% pro-poor. Activists are calling the City’s budget “unfair”.

“It’s not as if the City is having to shrink its budget… it’s actually spending more and more,” says Ndifuna Ukwazi’s Jared Rossouw. The spending on utilities generally is up to just over 50% of the budget. It is the public money budgeted for water and sanitation, however, which is the particular focus of these NGOs.

While the City presents the fact that it is budgeting R503.7 million on services to informal settlements as evidence of its ‘caring’, activists say that figure conceals how little is being spent on capital allocations to build water and sanitation infrastructure in informal settlements.

The SJC’s Axolile Notywala pointed out that for Cape Town’s 204 informal settlements in 2015, only R22 million is being budgeted for capital allocations for water and sanitation infrastructure – in other words, the money to carry out projects such as building full-flush toilets and connecting informal settlements to the sewer system.

Activists say it cannot be considered equitable that 20.8% of all households in the city are informal, but receive less than 2% of the spending for water and sanitation infrastructure.

“You’d want to see the same spending across the city, if not more [to informal settlements] to compensate for past infrastructure choices,” Rossouw says.

For their part, City representatives say the NGOs are being deliberately disingenuous by focusing only on the capital allocations budget as opposed to the amount spent providing daily services to the residents of informal settlements.

“The proposed operational expenditure on services to informal settlements amounts to R481.7 million in the upcoming financial year,” acting mayoral committee member for utility services, Brett Herron, told the Daily Maverick on Tuesday. “It would seem that the SJC decided to focus on the proposed capital budget instead as it suits their narrative. It is our view that by doing so they are wilfully misleading the public.”

In response, Rossouw defended the NGOs’ focus on the significance of capital allocations.

“Capital allocations are investments in proper water and sanitation infrastructure,” he said. “The City is choosing rather to prioritise temporary, expensive, and inferior outsourced services through its operating budget. If the City was committed to realising the rights to sanitation and equality it would not be treating informal settlements as temporary, but it would have a proper plan for the long-term delivery of sanitation.”

Herron blames that on the fact that informal settlements are often on land where infrastructure cannot be built.

“Full-flush toilets cannot be installed on privately-owned property, in areas of extremely high density, under power lines, on landfill sites, in a road or railway buffer, within servitudes, outside the Urban Edge, in areas where there is no bulk infrastructure, in water bodies/retention ponds and floodplains, and in high-noise zones,” Herron said.

He gave the example of the City installing infrastructure in a floodplain, whereupon there would be increased risks of malfunction and a concomitant increase in environmental health hazards like sewage spills.

To install permanent full-flush toilets in the contexts mentioned above, Herron says, would be in contravention of the Municipal Management Act and be considered wasteful expenditure by the Auditor General.

“Up to 82% of informal settlements are either fully or partially affected by one or more of the abovementioned constraints,” Herron said. “Put simply, the City has already installed almost all the toilets and standpipes it can, meaning that large capital allocations for the forthcoming year are not necessary.”

The SJC and Ndifuna Ukwazi have gathered submissions from residents of informal settlements reiterating the fear that is felt by those using temporary toilet facilities at night due to the risk of being robbed or raped.

“By saying that no more toilets can be built, the City is effectively stating that this administration is not prepared to take the necessary steps to fulfil the right to sanitation for residents of informal settlements,” says Rossouw.

“Where there are environmental challenges, we would expect the City to develop an appropriate plan together with a budget to deal with these. The City’s de facto policy is to provide temporary services indefinitely. This is clearly unconstitutional and discriminatory.”

Rossouw is sceptical of the idea 82% of informal settlements fall on land that cannot support water or sanitation infrastructure.

Activists believe that at the heart of the City’s approach is the classification of Cape Town’s informal settlements as fundamentally temporary, hence the prioritising of short-term (often very expensive) sanitations solutions as opposed to long-term infrastructure. This is particularly unreasonable, they say, because 80% of informal settlements are older than 10 years.

“The City realises that it is likely that residents will continue to live in informal settlements for the foreseeable future,” he says. “The implementation of sanitation options other than full-flush toilets is not an indication that we see these settlements as temporary, but that there is no other option.”

The City of Cape Town’s budget is currently only a draft; it is due to be tabled on 29 May. Activists hope that by sparking discussion on its contents ahead of time, changes can still be realised. Rossouw says it’s not just about securing more public money for infrastructure.

“Even if the City decides to spend R40 million [on capital allocations] when the budget goes ahead, that’s not really what we’re asking for,” he said. “If you have 204 informal settlements, people have a right to know: What’s the [long-term] plan? And is that being consulted with the community, and what is backing up that plan?” DM

Photo: A man (C) urinates in an outdoor toilet next to a polluted river as a girl fills a bucket from a clean water source in the overcrowded informal shack settlement of Masiphumelele in Cape Town, South Africa, 21 March 2013. EPA/NIC BOTHMA