Analysis: Raising the stakes in the South China Sea 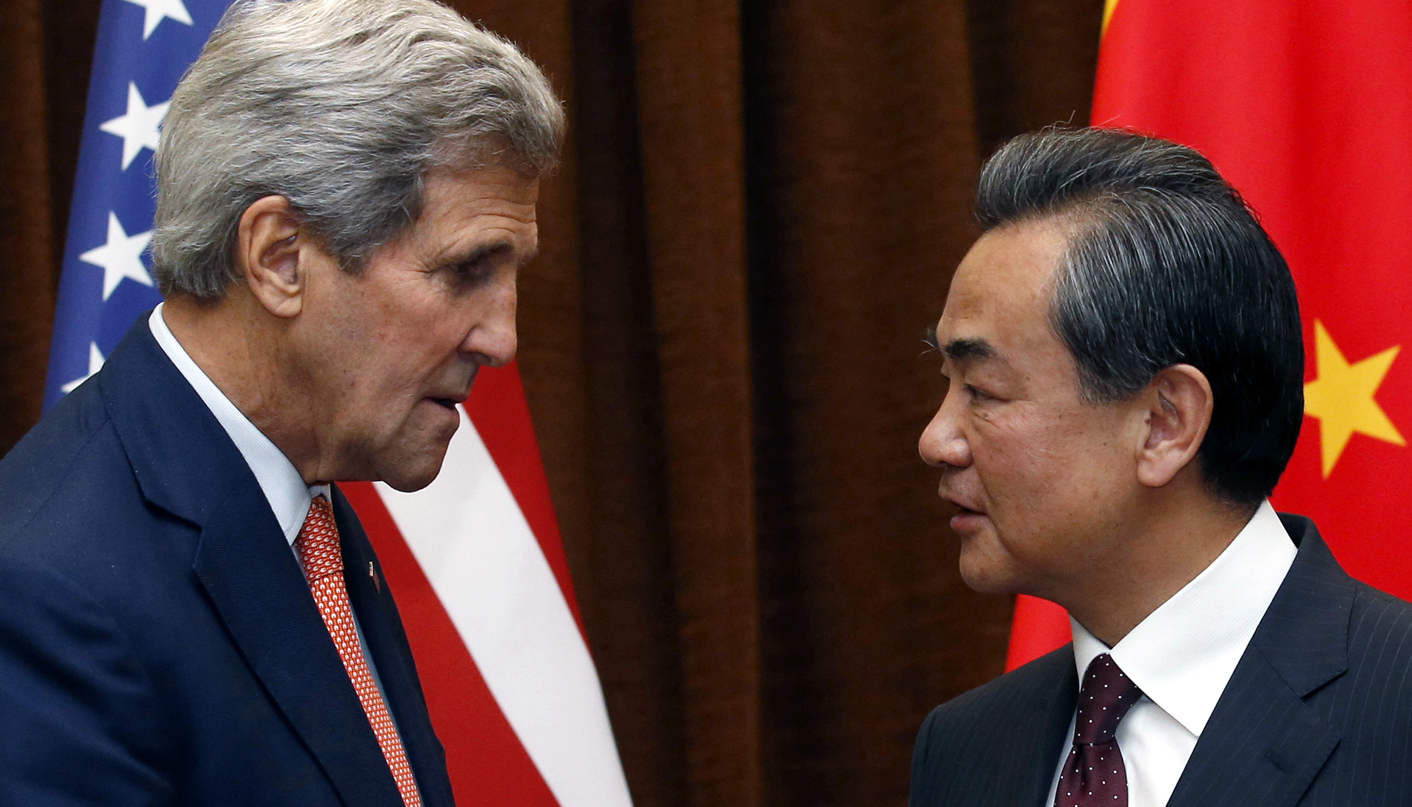 A risky game of chicken is building up between China and the US in the South China Sea. In the most recent development, it was reported that the Pentagon was considering a proposal to dispatch its navy for a close-up view of the man-made islands China is building there. By YANMEI XIE for the INTERNATIONAL CRISIS GROUP.

The proposal follows the failure of Washington’s verbal protests to slow China’s reclamation activities, which have turned reefs into man-made features capable of hosting airstrips and military garrisons and stoked regional anxiety about Beijing’s intentions.

The proposed naval activity – aired through the Wall Street Journal – came ahead of Secretary of State John Kerry’s trip to Beijing, during which he urged China to tone down tensions and expressed concern about the scale of its land reclamation. The Pentagon’s message was likely designed to stiffen Kerry’s position and to telegraph to Chinese leaders – and American allies in the region – that Washington is prepared to act if its warnings go unheeded.

If the White House formally signs off on the proposal, Beijing will not be able to ignore it. When the US sent a B-52 bomber over the East China Sea shortly after China declared an Air Defence Identification Zone two years ago, Beijing did no more than claim it “monitored the entire process”. The Chinese Internet lit up with scorn, with many posters questioning why the government had not reacted in a more robust manner.

Beijing has suggested that it intends to enforce its expansive claims. In response to reports of the Pentagon’s plan to send naval ships within 12-nm of the Chinese structures, a foreign ministry spokesperson said “the freedom of navigation definitely does not mean the military vessel or aircraft of a foreign country can willfully enter the territorial waters or airspace of another country”.

Any sign of acquiescence by Beijing would leave the impression that it has acceded to the point that Washington aims to make – that it “can’t manufacture sovereignty” by piling sand in the sea, as Assistant Secretary of State for East Asia Daniel Russel has put it. The UN Convention on the Law of the Seas stipulates that an artificial island is only entitled to a 500-metre safety zone, not a twelve-nautical mile territorial sea.

The Foreign Ministry said Beijing is determined to “firmly uphold national sovereignty”, but intercepting US planes and vessels would severely challenge regional stability, risk accidents, and discredit Beijing’s assertion that freedom of navigation is not under threat.

China could take a middle path, dispatching vessels and aircraft to tail their US counterparts at a safe distance, broadcast radio warnings, and declare publicly that it had escorted intruders out of its “sovereign” area. This would allow China to claim it has exercised jurisdiction and defended its claimed sovereignty while reducing the risks of both domestic ridicule and a collision, even if it would eliminate neither.

Washington, on the other hand, faces the challenge of making a clear-cut legal and moral case for its actions. Beijing has accused it of double standards, since Washington focuses its criticism on China other claimants have also built up outposts in the South China Sea. But it is also true that only China has the resources to build up structures with such speed and scale, and to cause such intense anxiety in the region. But that means the morality is relative and contextual.

Speaking to the Washington Post, Russel signaled his difficulty in making a black and white argument: “Reclamation isn’t necessarily a violation of international law, but it’s certainly violating the harmony, the feng shui, of Southeast Asia, and it’s certainly violating China’s claim to be a good neighbor and a benign and non-threatening power,” he said.

The US plan also risks backfiring. Although Beijing glosses over the military purposes of these islands, it is likely that a primary objective is to enhance China’s power projection capability vis a vis the US navy, the only force able to challenge it in the South China Sea. Sending the US navy to ply the waters around the Chinese structures could further empower Chinese hawks who are likely the original proponents of the reclamation projects and the strongest advocates for maximising China’s jurisdiction and rules to restrict the US navy’s presence in the region.

Both sides, and other regional countries, face potentially costly consequences if China and the US set off on a collision course. But now that Washington appears to be signaling resolve, it might affect Beijing’s cost-benefit calculations.

It is unlikely that China will stop its reclamation projects, which have been underway for more than a year. The threat of entry by the US navy, however, could influence Chinese thinking on how to use them. China ought to give an assurance that it will not impose rules contradicting international law, impede freedom of navigation, or coerce other claimants. DM

Photo: US Secretary of State John Kerry (L) speaks with Chinese Foreign Minister Wang Yi prior to their meeting in Beijing, China, 16 May 2015. Kerry is in China on a two-day visit with an emphasis on disputes about territorial claims in the South China Sea. EPA/KIM KYUNG-HOON/POOL