Budget votes, Day One: The bits you need to know 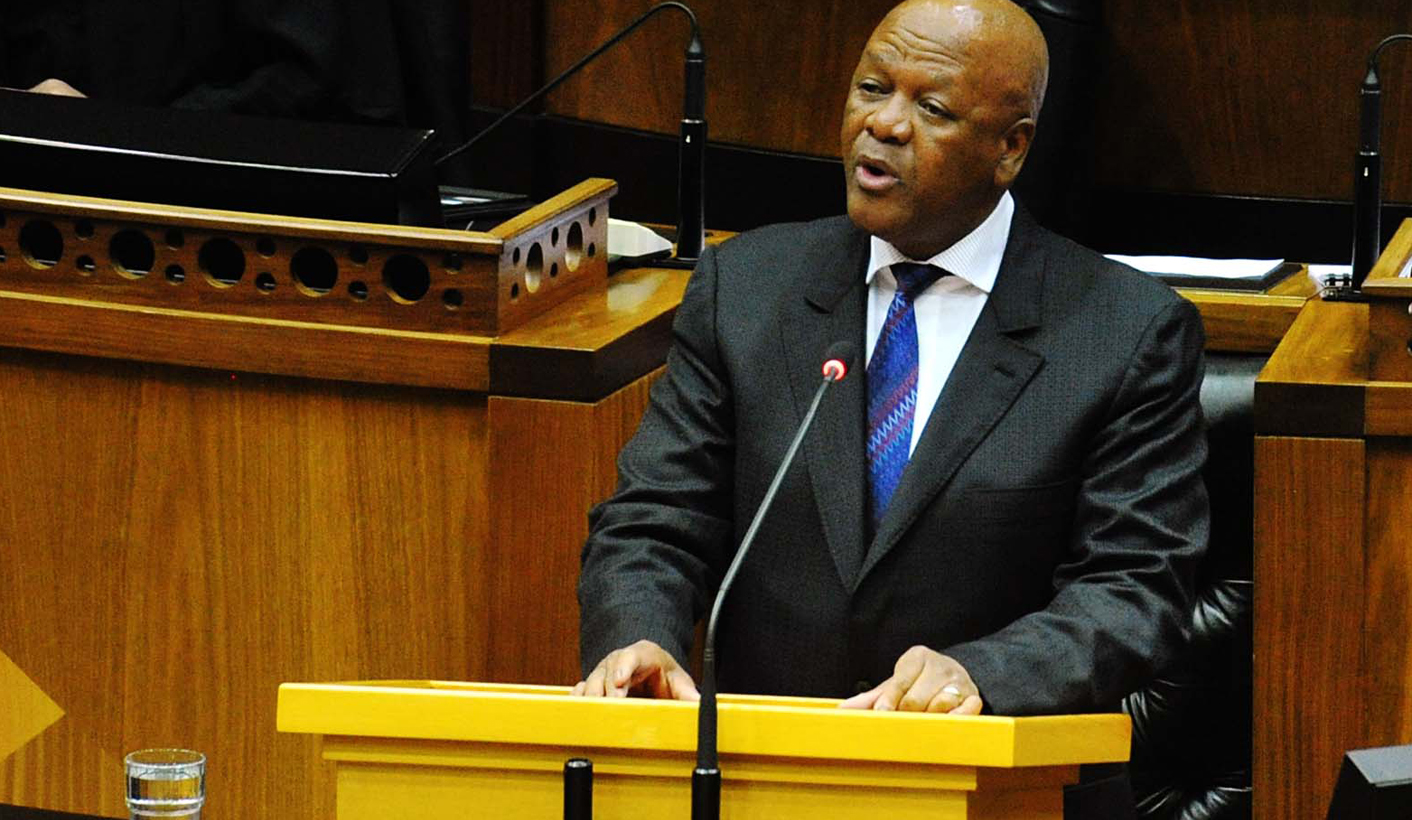 It’s budget vote season: where we get updates from government departments about what they’re up to and what they’re doing with public money. Parliament’s recent habit of cramming multiple budget vote debates and press briefings into single days, however, means that some fairly significant information will likely get lost in the noise. This week, REBECCA DAVIS will be summarising some of the interesting bits from the bumper Parliamentary sessions.

The troubled Road Accident Fund is to be replaced. The RAF turned 18 this month, and it’s going. Transport Minister Dipuo Peters confirmed on Tuesday that the RAF is to be replaced with a news administering body, the Road Accident Benefit Scheme Administrator (RABSA), as soon as the RABS Bill has been promulgated. The old RAF has faced challenges on almost every front, not least in terms of financing and leadership – it has been through six CEOs in less than two decades. Peters explained that the new incarnation will entail a “comprehensive social security safety net scheme” that will allow those previously excluded “by virtue of fault” to be compensated. The RAF currently pays out at least R1,5 billion a month: an indication of just how serious our road accident problem is.

It’s all about the trains, ‘bout the trains, no lorries. Peters said that government is making the manufacturing and assembly of trains in South Africa a priority, with a new factory in Ekurhuleni anticipated to create over 65,000 direct jobs. They’re hoping to see cargo increasingly taken off the road to be transported by rail, though Peters acknowledged that this would take a while.

Got a Gautrain card? Step aboard your taxi. By 2016, the Gautrain and the South African National Taxi Council (SANTACO) should be rolling out a joint card system. The aim is for “all subsidised modes [of public transport] including passenger rail and the bulk of the taxi industry” to share a card within 10 years. It’s also an acknowledgement of the unstoppable might of the taxi industry: Peters said taxis continue to be the transportation mode for 68% of South African commuters on a daily basis.

Financial crisis at SANRAL? What crisis? SANRAL CEO Nazir Ali told journalists that it would be “wrong to turn around and say we’re facing financial difficulty”. Ali said that the roads agency was “not running into bankruptcy or anything of that sort”, and they “haven’t lost the confidence of our investors as yet”. He did admit, however, that buyers aren’t queuing up to snap up SANRAL bonds. Something about the e-toll system, perhaps?

The budget for State Security is…ssssshhhh! When asked about the budget for his department, State Security Minister David Mahlobo said they could “never disclose” this information because it might constitute a security risk. He also said they couldn’t tell the media how many people worked for them because then “other people will be able to counter us”. Then journalists pointed out that Treasury documents had specified an amount of R4,1 billion going to State Security. “Wherever you got that, it’s okay,” Mahlobo replied ominously. “You can continue to speculate with the R4,1 billion, it’s okay…”

State Security wants us all to be spies. Mahlobo said that he wanted “53 million intelligence operatives”, and that includes you. Responses on Twitter included “Do I get a small gun and an exploding pen?” Some would say that the SSA has already demonstrated considerable overreach in spying on South African citizens without trying to recruit us all to join their ranks.

They’re still trying to find out whether Thuli is a CIA spy. Remember in early March when some bootleg blog claimed that the Public Protector, Julius Malema, Lindiwe Mazibuko and AMCU head Joseph Mathunjwa were spying for the CIA? They’re still investigating that. “These allegations…We are going to follow them through,” Mahlobo said. He wouldn’t be pressed on the progress of the investigation, but insisted that there was nothing untoward about it. “We are a vigilant intelligence community and we are not apologetic,” Mahlobo said.

State Security doesn’t know how many South Africans may have snuck off to fight for ISIS. The Minister said that it was impossible to estimate the scale of the issue because South Africans have freedom of movement and could be sneaking out as tourists. “Every day we are questioning people we are suspecting,” he said.

There’s nothing more to say about signal jamming. “It’s a matter that we have addressed, it’s a matter that’s in the courts,” Mahlobo said. He reiterated that the SSA has taken responsibility for the “error” and apologised.

How can government keep saying that the xenophobic violence was the result of industrial action? A journalist raised the point of why government sticks to this narrative given that the violence took place in vastly disparate contexts. Mahlobo maintained that the catalyst for the original violence was an industrial dispute in Isipingo, where an employer chose to fire South Africans and hire foreign nationals. He said he could personally attest to this because he was “one of the first people on the ground”. From this spark, opportunistic elements turned an “industrial problem” into a “security matter”.

Government is slow to pay its bills sometimes. The Department of Planning, Monitoring and Evaluation’s Minister Jeff Radebe said that the delays in government paying suppliers can have a “significant” impact on small business. Between 2013 and 2014, national departments reported that 62,887 invoices older than 30 days – worth R2,1 billion – had not been paid. Provincial governments had 356 079 invoices outstanding after 30 days, amounting to R21,8 billion.

Our policies are a huge hit overseas. Radebe said that the planning department’s National Evaluation Policy Framework has been translated into Russian and implemented in places like Bhutan and Kyrgyzstan. Nazdrovje! DM