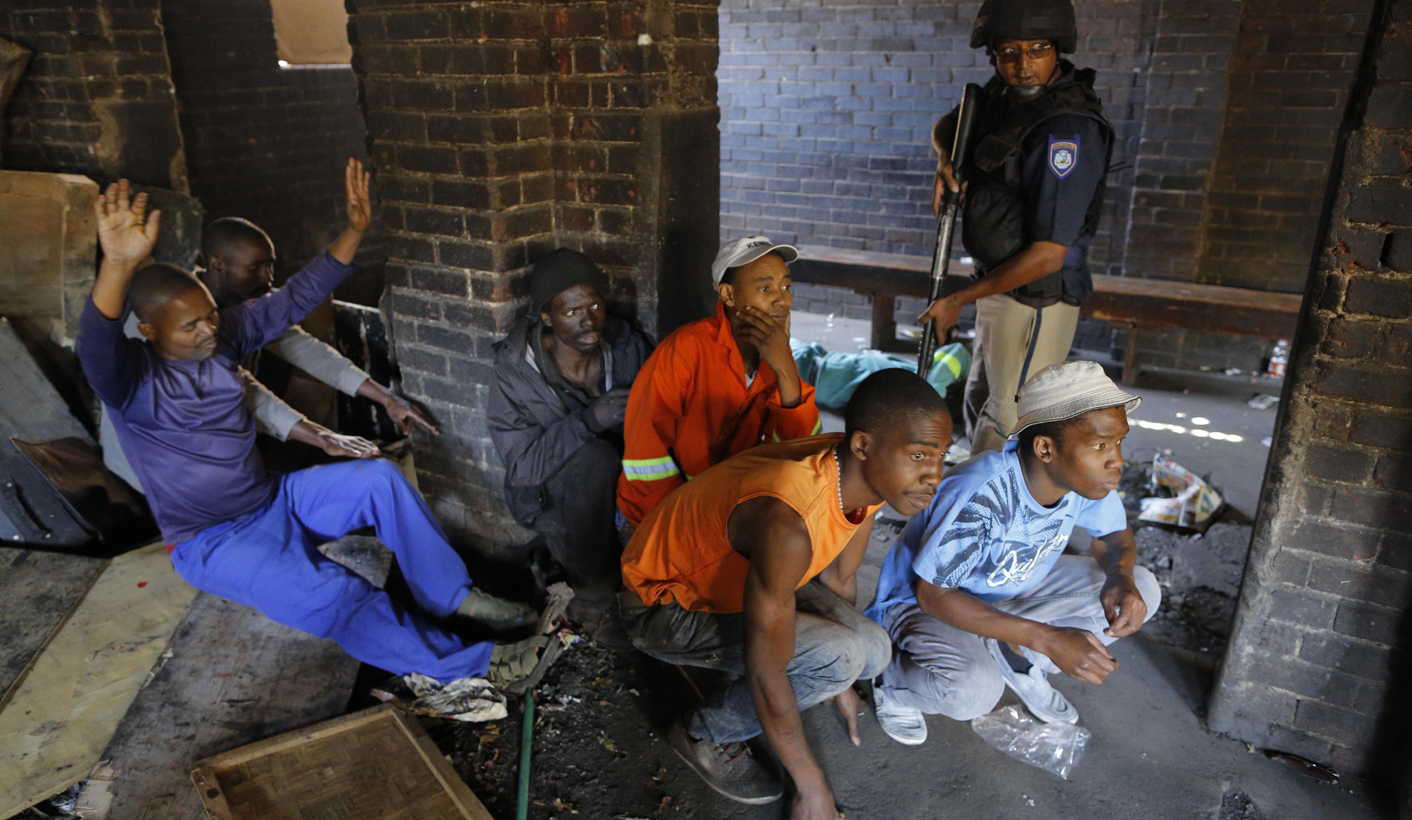 Below you will find a letter written by one of the 11-year olds at the Sacred Heart primary school. We have changed names to protect identities and I encourage you to share the letter with all your contacts. She arrived at her teacher’s classroom this morning and said, “Please will you help me get this out to as many people as possible”. Letter written by DANAI PACHEDU.

An open letter to all South Africans

My name is Danai Pachedu and I am 11 years old. For the past two weeks my life has changed. I have been scared to go to the shops because people may recognise me. I have stopped speaking Shona in public or too loudly at home because I might be recognised and our house identified. I don’t go to the park to play anymore because I might not come back if someone recognises me. I spend most of my time inside our yard or at my private school because I am afraid to go anywhere and be recognised.

I hear other children outside our yard laughing and speaking loudly to their parents in foreign languages because they are not afraid. Some of those children are Portuguese from Portugal, Jewish from Israel, Chinese from China, Pakistani, Lebanese, Italian but they are not afraid, they are free. I however, am afraid and don’t feel free. I am still lucky because sometimes people think I am “South African”, strange to me because I am South African or am I? Maluti, my brother is not so “lucky”, most people think he is West African. They will easily smell him out, they will definitely recognise him. So lately he also doesn’t go to the shops or to play in the park anymore. Maluti has been wondering if he should continue to ride his bicycle to the gym or go and practise his soccer at a local ground anymore because he is scared of what they will do to him if they recognise him. Maluti doesn’t look 16, he looks like one of those guys that work daily for so little in the restaurants, they might think he is stealing their jobs, so he is also scared. Maluti is a little bit lucky because he doesn’t have to worry about speaking Shona – he is so bad at Shona in any case that my mum says if he speaks Shona at the Zimbabwean border they will definitely deport him back to South Africa, eish. I don’t know which is worse, his Shona or his Zulu but what I know is either way, they will smell him out.

Then there is my Aunt Alice, she helps us in the house. My mother brought her so that she can assist us with our Shona and the Shona culture. She is so Shona, if it was anywhere else she would be a treasure but here in South Africa, she will definitely be recognised. She carries her permit everywhere, but I don’t think that will help, she always sticks out like a sore thumb. Even the police don’t recognise that permit anyway because every month she tells me that she has to put aside R400 to bribe the police not to deport her. Lately she has taken to skin lighteners so that she can blend in. I am not sure that this has worked, she still smells like a Shona and will still be recognised. She is petrified but has no choice, she must come to work.

I am worried about my parents. My mother despite being in South Africa since before 1994 is Shona, they will recognise her. She has to carry her South African Identity Document everywhere but that doesn’t help either because many a times, she has been accused of forging it. When I am at school I worry that she might forget and speak with a Shona accent or say her surname to someone and give herself away.

My dad is a bit lucky he works in the Northern Suburbs and they won’t go there. It’s my mum and the other people that work in our small shop, in Chinese shops, as domestic workers and in restaurants where they earn less than R1,500, that they will target. I am told they are stealing South African jobs. I don’t understand that? Why don’t they punish the people who give them jobs or are they scared of them? Are the Portuguese from Portugal, Jewish from Israel, Chinese from China, Pakistanis, Lebanese, Italians not stealing South African jobs or are they scared of them? My parents have worked tirelessly for nine years to make our small shop work. The shop is my mother’s pride and she goes there every day. That shop which has been a blessing, I am afraid will bring us problems. You can’t miss that shop it’s so recognisable. I wish we didn’t need the money from that shop, now I believe we might die because of that shop.

The problem is I can’t relax because I don’t know when I, or my family, will be recognised. I also don’t understand what my family has done wrong, or what my Aunt Alice, the shop workers, the waiters have all done wrong. I am scared that if they recognise us, they will petrol bomb our shop, kick us out of our house and kill us. I, at least can run and hide in our suburban house. But what if they catch my Aunt or the 85 year old Malawian man who has been in South Africa since he was 25 years old or my cousin Tarisai who works 14 hours a day everyday to survive; they have really done nothing to anyone. I have seen videos of what they can do to “foreigners”. I am scared that no one wants to protect us, not the police and not the government, they will just put us in tents in a football field and justify that we are involved in crimes.

The majority of the South African citizens don’t seem to care, they won’t speak up for us. The majority of citizens and our neighbours don’t want to get involved, some of them seem to also think we should be recognised and “dealt” with. I am worried that it’s just a matter of time before all “national foreigners or is it foreign nationals” are recognised and killed. The world doesn’t care, we are not Charlie Hebdo, not American, not European nor Chinese nationals. We are KWEREKWERES. I wonder where we will go when the time comes. Maluti and I were born in South Africa, we have never lived anywhere else. My mum and dad have been in South Africa for more than 20 years and they are “citizens”, basically all their adult life has been in South Africa. My Aunt Alice is just trying to survive and she hasn’t committed a crime. The workers at our shop have never hurt anyone and mum says she keeps them because they are prepared to work and cook Shona meals. They are good people and they don’t commit any crimes. I am scared that one day, I and my fellow KWEREKWERES will be beaten to death or doused with petrol and burnt alive for being KWEREKWERES. That we won’t be given a chance to show our ID, that even an ID won’t save us. That, when the day comes our only crime will be that we are RECOGNISED as KWEREKWERES and don’t deserve to be treated like human beings least of all as fellow South Africans or Africans.

Every night I listen to my parents speak into the early hours of where we can run to. Maybe New Zealand, Australia or Canada, they take professionals there I believe. But I am scared of this as well. I will miss my friends, my school, my home and my country and there I will definitely be “a national foreigner or a foreign national”. Some say we should go back to Zimbabwe? Where will my parents start after 23 years of absence, where will Aunty Alice get money to feed her family, where will our workers start? What will Maluti do, he can’t even speak Shona, and doesn’t even like being in Zimbabwe because he says he can’t identify with anything there, well neither can I. Will I ever be considered South African or a fellow human being? I wonder why my “South African” brothers and sisters don’t like me so much and yet they are happy to embrace the Portuguese from Portugal, Jewish from Israel, Chinese from China, Pakistanis, Lebanese, Italians, anything but African. After all we all know they have more money than the poor Africans, bigger shops. Will I ever stop feeling scared of my fellow countrymen? Most importantly, are you all going to turn a blind eye, while innocent people are killed, their only crime being that they are KWEREKWERE and are doing their best to survive and feed their families. Must a Portuguese from Portugal, Jewish from Israel, Chinese from China, Pakistan, Lebanese, Italian, European or American be killed first before we speak out? My name is Danai Pachedu, Je suis KWEREKWERE. Xenophobia a ticking time bomb. DM