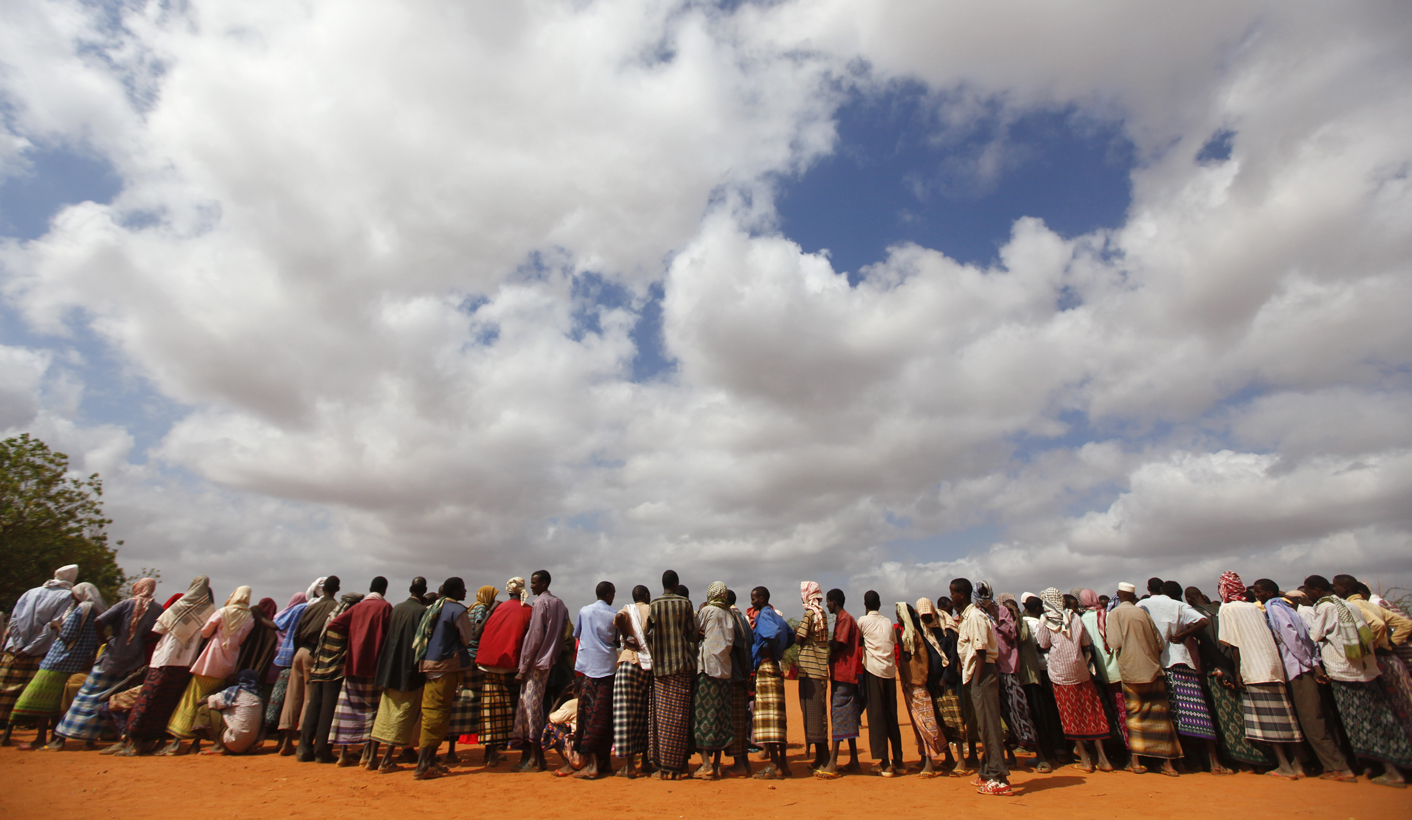 After the horrific attack on Garissa University, Kenya’s under-fire administration has found a scapegoat. 600,000 scapegoats, in fact. Kenya has told the United Nations to shut down the world’s largest refugee camp and resettle its inhabitants within three months, describing it as a breeding ground for terrorists. Dadaab, however, won’t disappear quite so easily. By SIMON ALLISON.

On Saturday, Kenya’s deputy president William Ruto issued an extraordinary ultimatum to the United Nations. He told the UN High Commissioner for Refugees (UNHCR) to shut down Dadaab refugee camp within three months, or else Kenya would shut it down itself.

Dadaab is no ordinary refugee camp (not that any refugee camp, home to society’s most vulnerable, can or should ever be described as normal). A quarter of a century old, it is the world’s largest refugee camp, home to more than 600,000 mostly Somali refugees who have fled famine, violence, and persecution in their home countries (this is a Kenyan government figure. UNHCR puts the camp population at “more than 350,000). They aren’t there because they want to be; they are there because they simply have nowhere else to go.

Life isn’t easy in the camp. Jobs are scarce, food is minimal, and healthcare is basic. But it is a safe haven, and has likely saved the lives of hundreds of thousands of people. Its existence is one of modern Kenya’s finest accomplishments. “That Dadaab has been able to provide refuge for so many years and to so many people is thanks first and foremost to the Government and people of Kenya,” said a UNHCR spokesperson.

But that fine track record is about to be abruptly ended. After the devastating assault by Al Shabaab gunmen on Garissa University earlier this month, which left 148 people dead, Kenya is arguing that the camp is a security threat – implicitly linking the existence of Dadaab with the Garissa attack. Government officials have claimed that Dadaab is where Al Shabaab plans attacks such as Garissa and 2013’s Westgate Mall attack, and must be shut down.

“We have asked the UNHCR to relocate the refugees in three months, failure to which we shall relocate them ourselves,” said Ruto. “The way America changed after 9/11 is the way Kenya will change after Garissa…We must secure this country at whatever cost.”

Presumably, by this analogy Ruto means that Kenya will prioritise internal security over human rights and liberties. It certainly suggests that Kenya will disregard its obligations under international law to house and protect refugees. “The victims of the horrific attack in Garissa deserve justice which won’t be served by unlawfully forcing almost half a million Somali refugees back home to face a real risk to their lives and freedom,” said Leslie Lefkow, Deputy Africa Director at Human Rights Watch. “Instead of scapegoating refugees, Kenya is legally obliged to protect them until it is safe for them to return home and should identify and prosecute those responsible for the killings in Garissa.”

Closing Dadaab is easier said than done, however. The camp’s size and its longevity mean that it can’t be simply packed up or shipped off. Where will all the people go? How will they get there? What happens to their property and personal belongings accumulated, in some cases, over decades? What if refugees refuse to leave? Who will pay for any massive relocation operation? The logistical challenges alone are near-insurmountable; the political challenges might be even harder.

If it was easy, Kenya would have done it already. In November 2013, following the Westgate attack, Kenya’s then-interior minister Joseph Ole Lenku called for Dadaab to be closed immediately. “All the camps should be closed and the debate on whether or not it is appropriate has been passed by time,” he said. Asman Kamama, an MP, and also the head of the parliamentary committee on national security, reaffirmed this position: “That camp has become a nursery for terrorists. The UN must now understand the security of Kenyans comes first. Even if it is about human rights, it should not be at our expense.”

Fighting talk, but talk was as far as it got. The UN, recognising the government’s bluster for what it was, simply ignored the public demands for Dadaab’s closure, only commenting to praise Kenya’s commitment to refugees. And Kenya, once it had made its point and grabbed the inflammatory headlines, let the matter drop, aware too that refugees would pose a much greater threat to national security is they were not corralled and monitored in a refugee camp.

It is telling that, this time round, the UN has yet to receive any official communication on the subject – because the same dynamics are at play today. Eager to prove itself in the fight against terrorism, and smarting from sustained attacks on its ability to guarantee security, Kenya’s government needs to find someone to blame. For now, Dadaab’s refugee population – voiceless in Kenyan society, and unable to defend itself – makes for 600,000 convenient scapegoats. DM

Photo: A file picture dated 02 August 2011 shows newly arrived refugees who had fled famine-hit Somalia waiting in line at a reception at Ifo camp, one of three camps that make up sprawling Dadaab refugee camp in Dadaab, northeastern Kenya. Kenya’s government on 11 April 2015 ordered the UN-run Dadaab refugee camp – the world’s largest – to be relocated to Somalia within three months. The camp in north-eastern Kenya holds 350,000 Somali refugees who have fled war and famine back home. EPA/DAI KUROKAWA