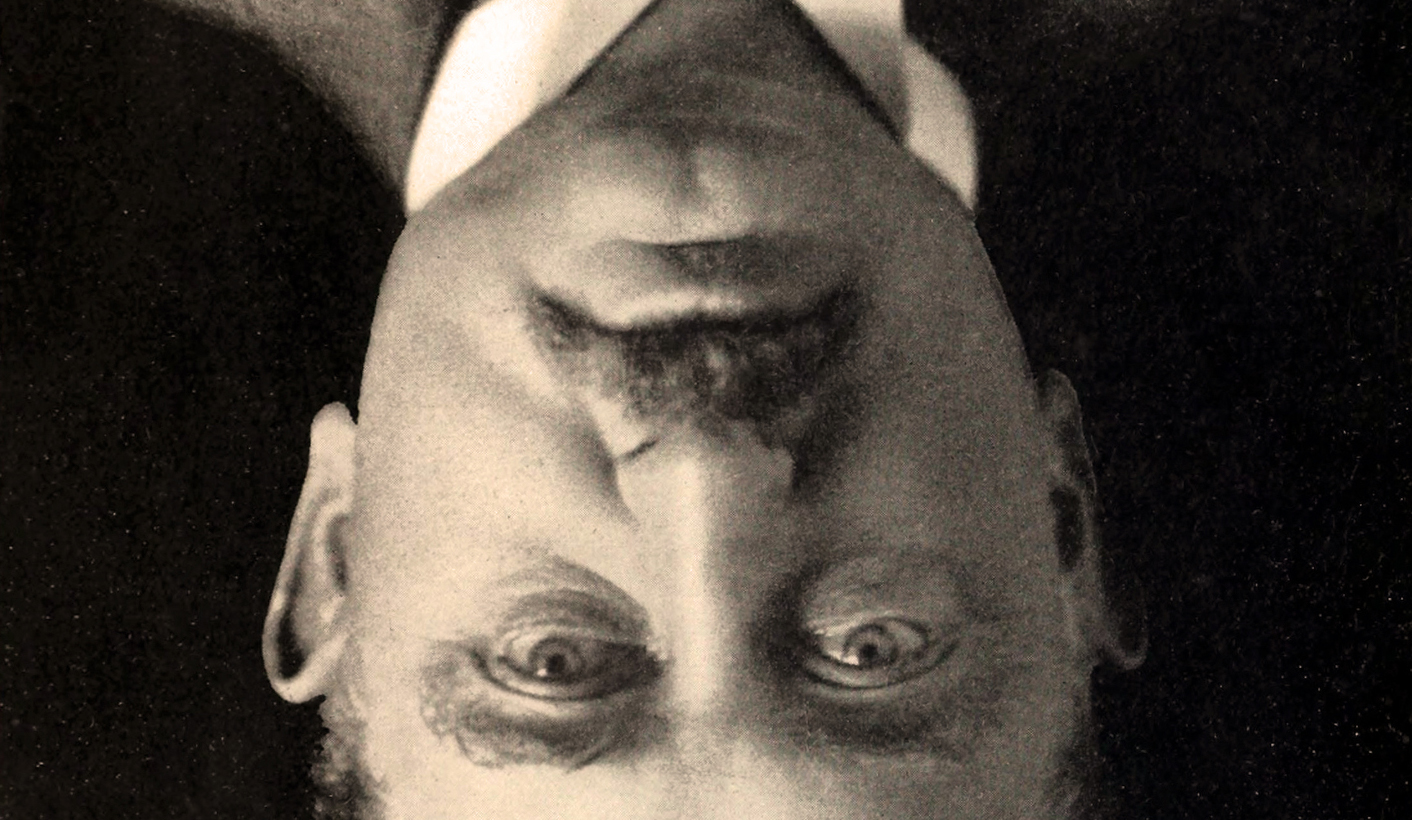 The recent debate/argument/fight over the statue of Cecil Rhodes (may he rest in pieces) at the University of Cape Town, and its accompanying debate about the name of Rhodes university, may have taught us much about today's anger, frustration, and the complete lack of processes and procedures in place to deal with these situations. But more than that, it shows us that almost all of what could be called the white commentariat hasn’t listened, and doesn’t seem to be trying to appreciate the reality of others, or change their views. By STEPHEN GROOTES.

There is more of an “acceptance” argument of the need to change, than there is an assertive “yes, we must change it, and now” argument. More interestingly, it shows that some prominent black members of the establishment, even those who were part of the Struggle, have allowed themselves to be presented as opponents of change. They should have been far more assertive from the start.

The argument about Rhodes first became a national issue not after UCT’s management and Vice-Chancellor Max Price started to push a proposition to move it, but when Manxwele Chumani threw faeces on it. It was the power of that expression, of that photographic image, that led to it becoming a national issue, to the point where the national government eventually had to start talking about national symbols again. Chumani has now won.

And yet the first reaction to his act was to claim that he had somehow violated some rules of human conduct, that his entire argument had been weakened by his act. Then he explained himself, and spoke rather movingly of the pain he said he and others were feeling at the presence of the statue, and of how this was also about conditions in Khayelitsha (where many people are still using the tank toilet system; along with people in many other parts of the country) as well.

Think of it from his point of view: there had been processes in the works for literally years, yet that statue was still there, in pride of place, a symbol of white racist colonialism right in his face. And the arrogance of a university claiming to be transforming and yet, twenty-five years after Madiba walked free, that equivalent of a racist swastika was still there. He didn’t damage it in any way, he didn’t defile it permanently. He just used what has become part of the political symbolism of the Western Cape. Exactly the kind of political move that one could expect from someone who was able to show us all that Number One, and the VIP thugs around him, don’t give a hoot for human rights, after he was arrested and detained for using his freedom of expression at his cavalcade while jogging.

The response to his argument, sometimes in opinion pages, and sometimes on Twitter, was to mostly mock him. Almost no one seriously engaged with his argument, or made any attempt to actually grapple with what he’d said.

Often the only argument made, and only, it seems, by white people, was that it was poor black cleaners who would have to mop it up. Was that the best argument they could make? I didn’t see them queueing up to clean it. Or even sending their domestic workers in some sort of ironic symbol.

It is quite difficult to think of a comparison to help illustrate Chumani’s point. Consider, say, through some quirk of history, a massive statue of Benito Mussolini in the place of the Rhodes statue now. Would we really think it cool to ask Jewish students to walk past it every day? Probably not. Why, then, do we ask young black people to walk past someone who said, “We must find new land from which we can easily obtain raw material and at the same time exploit the cheap slave labour that is available from the natives of the colonies”? And while we’re there, what white parent feels happy thinking that their child should see that, either?

But worse was to come. Time and time again, someone with the historical understanding of Steve Hofmeyr class would make the claim, in Twitter, in the pages of business-like newspapers whose readership is usually better educated, that no person who had benefited from a Rhodes scholarship could speak out against him.

To say that Rhodes somehow benefited education and is thus a great man is like claiming Hitler was a great man because he created full employment for all Germans. To set up his foundation was absolutely no sacrifice for Rhodes. He was already a more than wealthy man; he was super-rich. His wealth and power at the time are something that has no equal in today’s world. His scholarships cost him virtually nothing. He didn’t even notice. It’s like me giving five rand to a beggar at the street corner and claiming he can’t be frustrated at Apartheid because a white man has helped him.

But more than that, the scholarships were really set up with the intent of creating more white men like him with the same ideals. It was actually a political action; he was trying to perpetuate his own power and his own legacy through education. The Rhodes scholarships are really a lesson in the value of compound interest, not any kind of evidence of an enlightened view on his part.

And yet, people who should know better, people who themselves have achieved greatness in our society, who were even able to break the barriers of Apartheid while they still existed in legal form, have somehow shown some sympathy for him. There is nothing wrong, nothing immoral, nothing you need to explain to your children or your parents, about benefiting from a scholarship from a racist man, using him, and then turning your back on him. Rather, you should be proud to say that you have been able to overcome him and his legacy, it’s a final monument to the fact that he was wrong, and you were right. Why the fear? Why the – gasp – respect? You may feel that it is bad manners to do so, but that’s only evidence of your good character.

Even white people who should know better, like Shaun Johnson (who has gone from a wonderful writer, and part of the reason I am doing what I am doing right now, to CEO of the Rhodes Mandela Foundation) have written pieces claiming this should be solved “the Mandela way”. This has also been put forward by the new vice-chancellor at Rhodes University, Dr Sizwe Mabizela. (I do have some sympathy for Mabizela here: he’s the first African black VC at Rhodes, and after just a few months on the job, he gets handed this hot potato. It’s a classic case of a black person rising to the top of an organisation, and then having to defend its white past.)

Somehow Madiba’s decision over a decade ago to allow his name to be attached to the Rhodes Foundation is now a justification to somehow keep the statue of Rhodes. Huh? Firstly, it’s a cheap shot; it’s grasping at straws. It’s shameful to try to cloak something in the shadow of Mandela. Stand on your own two feet. Secondly, Madiba was all about transition.

In those days, we were what you could call a black and white country.

Now, we are a black country.

Get used to it.

That doesn’t mean that we are not also a country for everyone; after all, it belongs to all who live in it. But it does mean that we can’t expect to keep symbols of our white-dominated past around. And why should we? Even if we were a different type of country, Rhodes should not be someone you want the young people of any country to look up to.

Some of the academics involved in this argument should have done more from the start. UCT’s Vice Chancellor Dr Max Price has said that in his own personal view, the statue must be moved, and should be placed in a museum. He is constrained in that there are procedures to follow. And as Henry Kissinger once allegedly observed, the politics of academic institutions is more bitter than most. But Price could easily have come out more firmly, and said that while there were other views he had to respect, he, personally, was embarrassed by the presence of the statue. That would have made his own position much clearer, would have won him some easy support, and surely cost him almost nothing.

Mabizela at Rhodes University could possibly have done exactly the same; there are plenty of ways to make your own feelings known, while also respecting processes and procedures. Good politicians do this for a living.

Dr Barney Pityana, the chair of UCT’s convocation, has also allowed himself to be painted as not supporting the removal of the statue. Again, this is also probably because he hasn’t been assertive enough in saying it should go.

And then there is the argument that everyone needs to be consulted, including the alumni. Why? What has it got to do with them; are they experiencing UCT and the statue on a daily basis? No. They are not. This is realpolitik at work. Price, and the other administrators, are actually just worried that those alumni might cut off the flow of funds they create. In other words, it’s about money.

We all know that South Africa is a changing country, and that our past is another country. It’s just a pity that so few people are willing to grasp the nettle of real change. DM