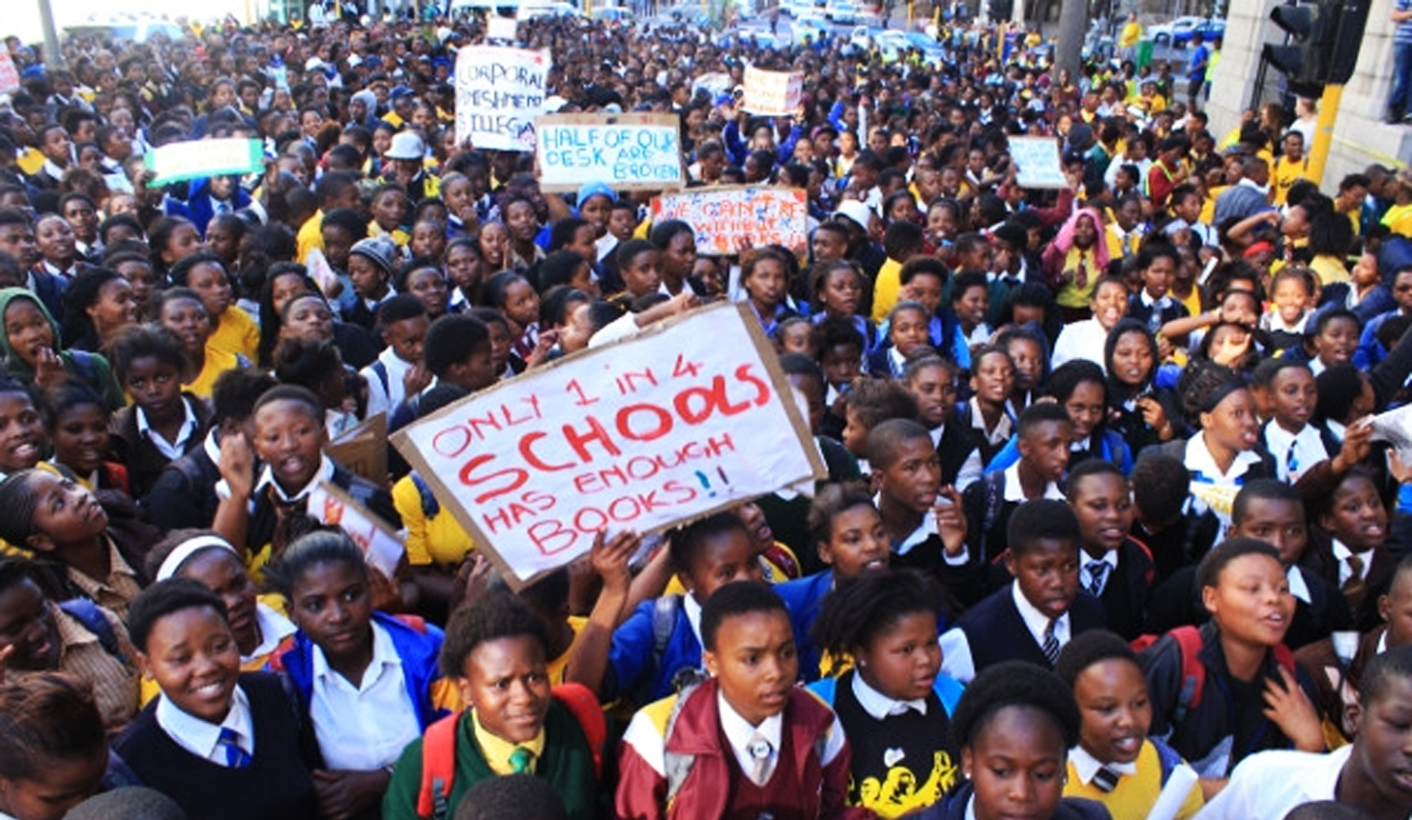 This feature was written by a teacher, who wished to remain anonymous, for GROUNDUP. It outlines some of the shocking and heartbreaking daily struggles faced by the learners trying to get an education, a chance to make a success of their lives, in South Africa. Not to mention the teachers who are part of a system slowly collapsing on itself.

This feature was first published at GroundUp. GroundUp verified that the writer is a full-time teacher who wishes to protect his or her identity and the identity of the school.

“You breathe in oxygen through your left lung and breathe out carbon dioxide through your right lung.” That’s what a life-science teacher taught her class at a Cape Town school where I worked for several weeks last year as part of my teacher training.

It would be easy to criticise and demean her. But she was one of the hardest-working teachers at the school. Her dedication, spoiled by her inadequate training, was not matched by many of the other teachers.

The school system offers some incentives to teachers to perform but these are so easily manipulated – in a system that otherwise demoralises and underpays you – that they count for nothing.

As a result, many of my fellow teachers seem to have decided to do as little work as possible. When a school outing was organised for the matrics to a company that offers a post-matric qualification (itself a problematic idea), five teachers and a trainee-teacher went along. While the trainee-teacher organised the students and ran the day’s affairs, the five experienced teachers sat in the bus eating and chatting the hours away.

In this school there are no daily staff meetings to plan for classes with absent teachers, so throughout the day there are always unsupervised classes where the students make a great noise and don’t learn.

Class sizes are big, typically over 40. Discipline is poor, and most of the students chat throughout classes. I had to come up with several different techniques to keep the class quiet enough to teach.

Teaching in the morning was particularly challenging. The students were listless and tired. The first time I taught in the morning, I asked the students why they were so lacking in energy. The answer was startling: they were hungry; many of them would receive their first meal of the day at about 11am – from the school feeding scheme.

When I arrived at the school the first time, I noticed that late comers were locked out of the school grounds for the first period. That’s reasonable. But when the late-comers were let in, they had to leopard-crawl across the tarmac to their classroom, a punishment aimed purely at demeaning them.

Corporal punishment may be banned, but caning still occasionally takes place. However, the standard punishment inflicted upon students in this school is frog-hopping, which is exactly what it sounds like: all day long children who have been punished can be seen hopping up and down the corridors. It’s funny at first, but it’s undignified and the students hate it. There is no detention – because the teachers aren’t prepared to hang around after school hours.

I witnessed some strange things: a teacher holding a terrified student against a wall, then shaking him by the ears, and students being forced to sit inside a wall shelf in the most awkward positions.

And none of it helps terribly much. Classes remain chaotic. Very little learning takes place.

The results at this school are poor. Few matriculants get into university, and many students drop out before matric. The knowledge of students in higher grades was far below the required level. The first language of nearly all the students is isiXhosa, and they struggled to cope with being taught in English using English textbooks.

The principal of the school was an insipid man, but one thing would bring him out of his shell: the opportunity to Bible-punch at assembly. And every day in many classes there’s sermonising, praying and religious indoctrination.

Another said: “Do you know there are people who don’t believe in Jesus?” The class responded with a disbelieving, “Yho!”

When teachers are out of their depth with the subject they’re supposed to teach, religion may be an easy substitute.

Not all township schools are as dysfunctional as this one. This year I am teaching in a state school for township children and it is well-run. But the school I taught at last year is not unique. Many of our country’s schools are as bad. Some are considerably worse.

After Apartheid, our education system continues to fail a generation of children by extinguishing their hopes and talents. DM