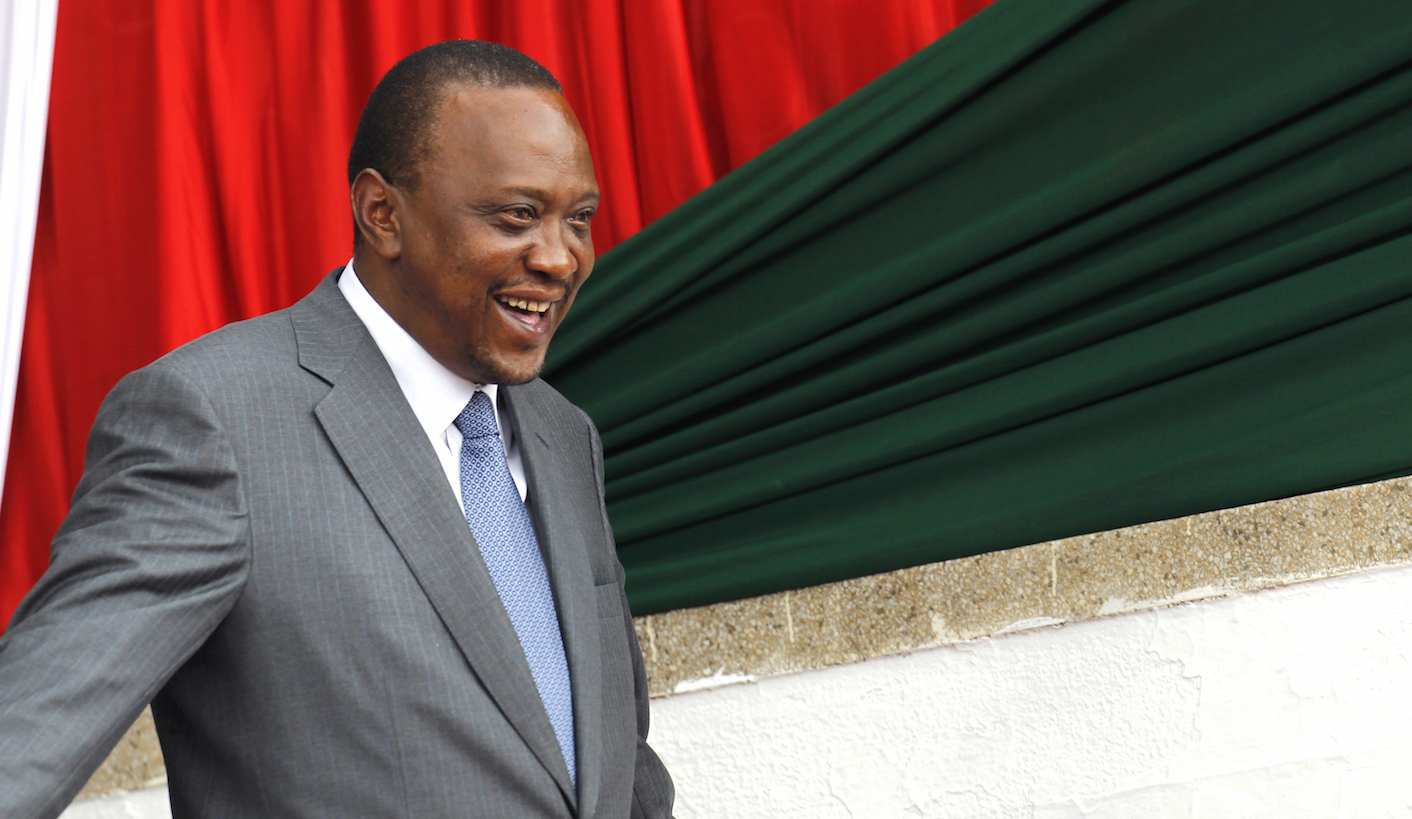 Finally, Kenyan President Uhuru Kenyatta is getting tough on corruption. Five cabinet ministers and 17 other senior officials have been forced to resign – and this is just the beginning, he says. But what’s really at stake here? And is this more about politics than the rule of law? By SIMON ALLISON.

On Sunday, another Kenyan cabinet minister resigned his post, the latest in a purge that has decimated the upper echelons of Kenya’s government. So far, five cabinet ministers have resigned, as well as eight senior government officers and nine officials at state-owned enterprises. More are likely to follow.

The resignations came on the heels of a damning report into government corruption by the Ethics and Anti-Corruption Commission (EACC). In response, President Uhuru Kenyatta demanded that any officials named in the report remove themselves from office until investigations are complete.

“Clearly the president has drawn the line on corruption and expects all state and public officers to abide by executive order No.6 in which he gives express directives in regard to the intolerance for this vice in government. The President reaffirms that there are no sacred cows and that this is just the beginning of an unwavering war against corruption,” said government spokesman Monoah Esipisu.

No one disputes that Kenya has a corruption problem. It ranks 145 of 177 nations on Transparency International’s Corruption Perception Index, and every politician in the country campaigns on promises to get tough on bribery and embezzlement. Something needs to change. But is Kenyatta’s crackdown what’s needed? And does he really have the moral authority to lead it?

This is the same Kenyatta, remember, who ran for president while facing charges of crimes against humanity at the International Criminal Court (ICC). These have subsequently been dropped, but his deputy, William Ruto, is still at the ICC, fighting similar charges. If cabinet members merely suspected of corruption are expected to fall on their own sword – before any judicial process has even begun – then surely leaders actually on trial for serious crimes should do the same?

Then there is the personal background of Kenyatta himself. Uhuru is the son of Jomo, Kenya’s founding father and first president. In many ways, Jomo Kenyatta moulded modern Kenya, both for better and for worse. The country’s strong democracy and thriving civil society is part of his legacy, but so is the corruption that is so deeply entrenched at so many levels of the state. Jomo Kenyatta set the tone, acquiring huge parcels of land for his family in cut price deals. Over the years, this land helped make the Kenyatta family one of the Kenya’s richest, with assets valued at $500 million.

Some argue that it’s good to have such a wealthy president. If he’s so rich, he doesn’t need to be corrupt. This misses the point, however, which is that Kenyatta has already benefitted from corruption. Without it, he would be a lot less likely to occupy such a lofty position.

These hypocrisies make Kenyatta an unlikely anti-corruption crusader. They don’t disqualify him, however; he is still president, and he still has a duty to clean up government. Besides, politics is full of hypocrisy. But it does mean he won’t get the benefit of the doubt if there are any irregularities in the crackdown.

Irregularities such as where the EACC’s list of suspects came from, and how an organisation riven by internal disputes could effectively investigate them. Irregularities such as why the EACC handed its report to the president for action, rather than the Director of Public Prosecutions. Irregularities such as the identity of those named on the EACC list, who just happen to be, for the most part, Kenyatta’s political rivals. Kenyatta’s alliance partner Ruto was the biggest casualty – it seems his supporters were disproportionately targeted. “Deputy President William Ruto’s men were the first major casualties in the anti-corruption purge that could test the unity of the Jubilee coalition and President Uhuru Kenyatta’s stamina in the war against graft,” reported the Nation.

Kenya needs a crackdown on corruption – no one’s arguing that point. But this flawed, politically-motivated witch hunt is not the crackdown it deserves. DM