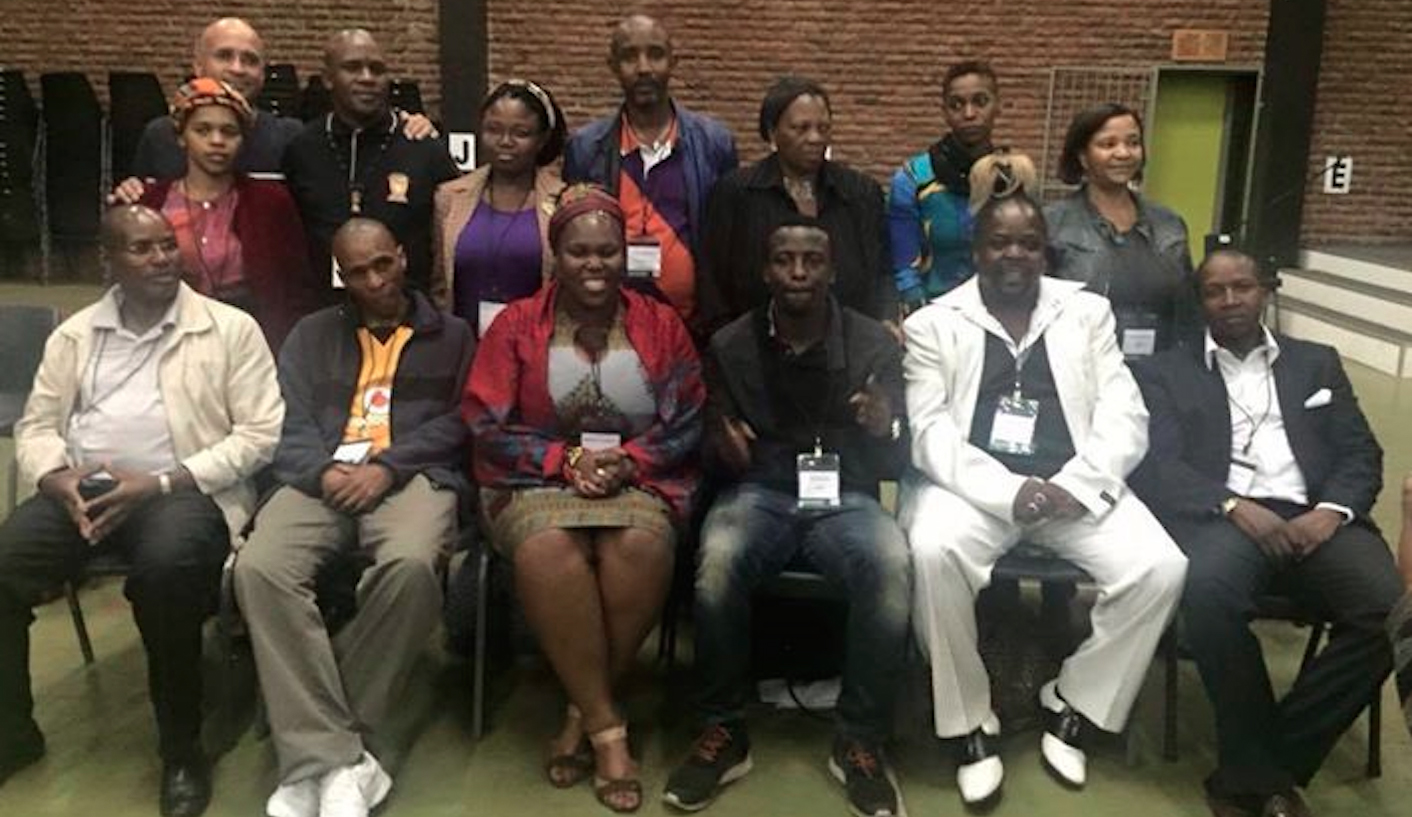 After a shambolic lead-up and a chaotic and marathon inaugural consultative conference, elections for the historic Creative and Cultural Industries Federation of South Africa (CCIFSA) ended this week with a measure of calm restored when those with political ambitions were thwarted and a new board was nominated to represent the interests of the creative sector. As the week drew to a close there was even better news, when the acting DG for The Department of Arts and Culture agreed to scrap entirely the controversial White Paper on Arts, Culture and Heritage. By MARIANNE THAMM.

It really has been a week of high drama for the country’s artistic community. Amid heightened emotions, a reported death threat sent by SMS, accusations of corruption and political rigging and angry walk-outs, delegates finally emerged at 3.45am on Wednesday with a newly-constituted CCIFSA board that will, for the first time in history, formally represent the interests of South African artists in various sectors.

But just a day later the news was eclipsed by the surprise and hugely welcome announcement by activist and playwright, Mike van Graan – who had withdrawn from the CCIFSA conference citing a lack of transparency in the creation of the body – that the revised White Paper on Arts, Culture and Heritage, one of the most significant potential threats to the creative industries, would be now be put aside.

The announcement came after a consultative workshop with the acting Director General of the Department of Arts and Culture, Vuyo Jack, who said the White Paper, a source of much controversy and anxiety, would be now be scrapped. Jack, said Van Graan, had suggested that this marked the beginning of a new consultative process that would take place in all nine provinces and that would solicit recommendations from the sector.

“He indicated that because of the ‘backlash’ that the revised White Paper had generated from the creative sector, it had been decided to start afresh,” added Van Graan, who has been agitating for this for several years.

The new process would continue until the end of May, and Jack had said that by the end of September, Cabinet would ratify and adopt the new White Paper.

“This is not an insignificant victory for the creative sector and for cultural activists who have made input in this regard. The openness displayed by the Acting DG today was also quite refreshing,” said Van Graan.

Arts and Culture Minister Nathi Mthethwa inherited the hugely unpopular revised White Paper from his predecessor, Paul Mashatile, and his controversial DG, Sibusiso Xaba, and if he continues this current charm offensive he might become the first Minister of Arts and Culture in a long while to endear himself to the community.

This new ethos of collaboration has been welcomed, and while many at first questioned the appointment of Mthethwa, the former minister of police, to the “Siberia” Ministry of Arts and Culture, he has pleasantly surprised many. Mthethwa’s speech at the CCIFSA inaugural conference also impressed, as did his handling of the chaotic proceedings in Bloemfontein. The minister explicitly told the artists gathered that government did not want to dictate what and how they should create.

“We are not looking at you trying to please us as the government, but to work together as equal partners in our aim to uphold and promote a creative and cultural industry that is inclusive and participatory,” he said.

In October 2014 Mthethwa suspended Xaba pending a forensic investigation with regard to irregular expenditure and “non-adherence to procedures and a possible lack of action against officials who made and or permitted irregular expenditure”. He appointed his Special Advisor, Jack, as the acting DG.

The announcement of the scrapping of the current White Paper and the election of the new board of CCIFSA potentially marks a turning point for the country’s struggling creative industries.

The CCIFSA election at the University of the Free State in Bloemfontein, attended by over 1,000 delegates from across the country, was a marathon and highly contested one that was monitored by the Independent Electoral Commission. It ended in the early hours of Wednesday morning with the election of 100 councillors (10 from each province and 10 from the national organisations sector). Around 3am, the inaugural board, consisting of six office bearers and eight sector representatives, was announced. CCIFSA’s elected president is actor and producer Tony Kgoroge, with musician Gezani Kobane (known as Penny Penny) as deputy president, Phemelo Sediti as general secretary, Zwelibanzi Ndakane as deputy secretary, Dodo Moses Monamodi as treasurer general and Andrea Dondolo as national coordinator.

“We have much work ahead of us and the creation of CCIFSA is a pronounced step in the right direction. The organising of the sectors is our priority as a new board. Without healthy and functioning sectors, we have no CCIFSA. Our immediate plan is to come up with programmes and influence policies that will continue to protect and develop the creative industries and assist the sectors to grow economically and otherwise,” said Kgoroge after his election.

Commenting on the process, Van Graan said it appeared as though delegates from North West, Free State, Eastern Cape, Limpopo, Northern Cape and Mpmulanga had outmanoeuvred “highly ambitious individuals from the more resourced provinces to elect a CCIFSA Board comprising representatives mainly from these provinces”.

This is the first time that the creative sector in South Africa will be represented by a single body that has decision-making and bargaining powers with regard to matters affecting the cultural and creative industries. Some of the areas it hopes to influence are policy, tax structures, quotas for local TV and radio content and the administration of royalties and syndication fees. These are vital matters to the survival of individual artists and collectives who have been exploited mercilessly in the past. The federation said it regarded the Department of Arts and Culture as one of its strategic stakeholders and partners. The new office bearers will serve a four-year term.

But as veteran theatre administrator Themi Venturas quipped afterwards, “Now there is a fully constituted creative industry federation that is but an infant. Only time will tell if it grows into its potential as a healthy young organisation, or whether it will become a delinquent.” DM

Photo: CCIFSA board. (No detailed information on identities available)