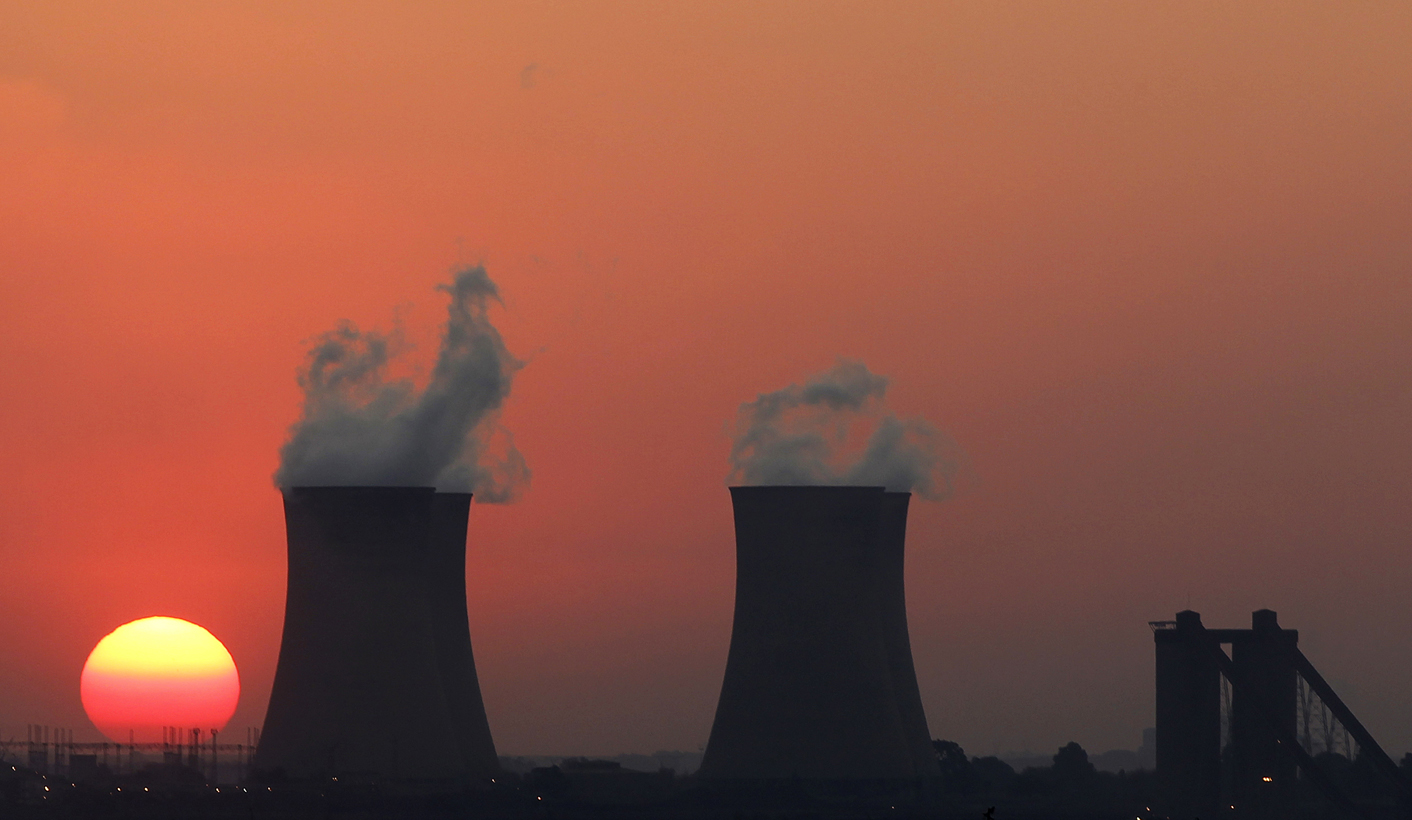 With the recent granting of postponements by the Department of Environmental Affairs for minimum emission standards to some of the country’s highest emitters, the problem of poor air quality is here to stay. By SALIEM FAKIR, ELLEN DAVIES & DESMOND D'SA.

Some commentators continue to suggest that the poor are to blame for the deplorable air quality in certain parts of the country, and that industry and Eskom should be left alone.

These comments are disingenuous. The bottom line is that air pollution in South Africa is a real and growing concern. It is a problem caused by our continued dependence on a particular system – one dominated by coal.

Clearly the more electricity you consume, the more you contribute to this pollution, either directly or indirectly. But the reality is that those who consume the least, the poor, shoulder the socio-economic burden of this system, particularly when it comes to health.

At the outset a few preliminary points must be made. First, Eskom and other industrial players have been given ample opportunity to prepare for compliance with minimum emission standards. Negotiations on these standards began as early as 2003 and were introduced in 2005. How much time do they require? When will the health and safety of South Africans take priority over profit margins?

Second, although domestic fuel burning is a cause of pollution, it is certainly not the biggest contributor.

Third, poor people use domestic fuel not because they prefer it to Eskom-generated electricity. Rather they do so because they cannot afford to buy electricity once their small grant of free basic electricity has been exhausted. Households yet to be electrified have no choice.

The fuel consumption habits of the very poor are therefore symptomatic of a much larger socio-economic challenge facing South Africa. While government has made significant strides in electrifying large parts of the country there is still a long way to go. Energy poverty remains a major challenge.

These comments aside, it is important to locate this debate in a broader economic framework; one which considers household income, consumption and pollution. The Environmental Engel Curve (EEC) (not to be confused with Engels, Karl Marx’s collaborator) is an economic approach used to measure the relationship between household income and pollution. The EEC shows that without system changes and increased access to cleaner alternatives, energy intensive industries and wealthier households continue to contribute the most to pollution. The EEC also shows that where the energy mix is more diversified and a larger array of less pollution-intensive goods and services are available, income growth and increased consumption does not result in more pollution. When applied to low-income households dependent on domestic fuel, the EEC demonstrates that an increase in household income results in a shift away from dirtier energy sources, such as raw coal and wood.

There is no doubt that high emitters like Eskom and others are a major cause of poor ambient air quality and the resultant health problems. By Eskom’s own admission, in two health impact assessments conducted in 2006 and obtained by the Centre of Environmental Rights, coal-fired power stations in Mpumalanga were “cumulatively calculated to be responsible for 17 non-accidental mortalities per year and 661 respiratory hospital submissions”.

This report only calculates the impact of eight of the twelve power stations currently in operation and obviously does not factor in the pollution generated from the numerous other mining and industrial activities in the area, many of which have also been granted postponements.

According to the Air Quality Management Plan for the Highveld Priority Area published in 2011, industrial sources, including power generation, collectively accounted for 89% of PM10 emissions, 99% of SO2 and 90% of NOx. This compared to 6% PM10, 1% SO2 and 1% NOx from household fuel burning.

Proponents of this position have no proof. It is used as a tactic to justify business as usual for the country’s highest emitters. This is unacceptable. Air pollutant ambient standards in South Africa have already been watered down to accommodate industrial polluters. When we compare our air quality to international standards, South Africa is not doing well by any measure.

Furthermore, some studies demonstrate that when you compare areas like the Mpumalanga Highveld and the Western Cape, for example, the effects of pollution on health are for more acute in Mpumalanga. This can only be attributed to the fact that the localised impacts of domestic fuel consumption and neighbouring industrial pollution complement and amplify the health effects in poorer households.

The problem of industrial emissions and health is not unique to SA. Statistics provided by the World Health Organisation on air pollution in China and the resultant health impacts nowhere suggest that industrial pollution from power plants, refineries and other heavy industries have no effect. They do. Just go to South Durban and try breathing in the toxic air spewed from refineries.

The reality is that Eskom, industry and domestic fuel consumption all contribute to poor air quality, albeit to varying degrees. While the burden of pollution is being shouldered by the poor, air is not static. Pollution affects us all, including people in neighbouring countries.

To address this problem, everyone must come to the party. Eskom and industry must reduce toxic emissions, the State must address energy poverty, and citizens must start demanding cleaner energy sources. We cannot afford to ignore this. Today’s shortsighted cost saving is tomorrow’s expense. DM