In pictures: Jeppestown, between Maboneng and a hostel 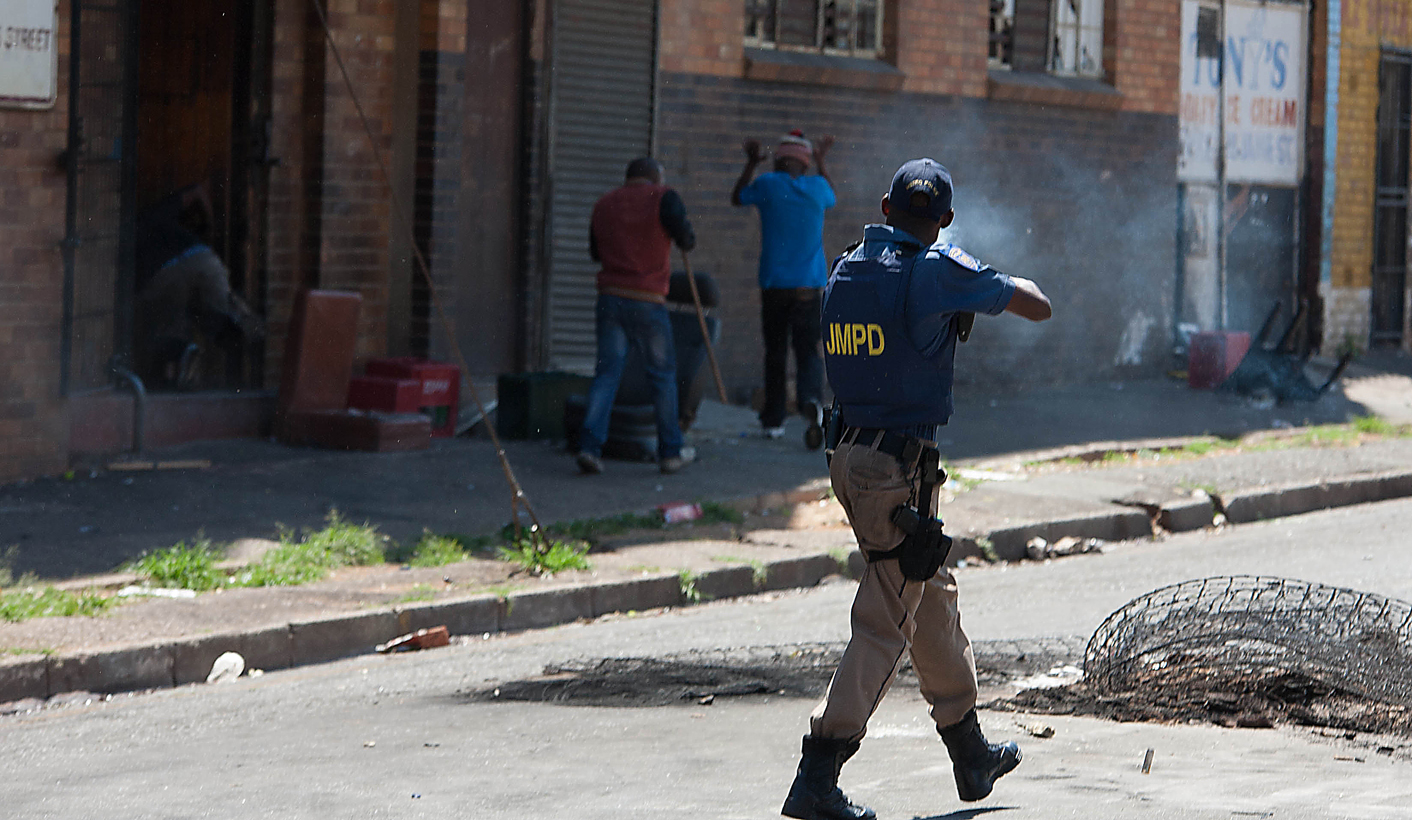 Residents of Jeppestown protested on Wednesday against evictions due to take place next week. Unless negotiations provide a solution, tenants from a number of buildings will be evicted as new owners want to develop the area. Nearby, the Maboneng precinct has revitalised a small part of the area and took much of the blame for the tenants’ woes. Reports, however, say the protesters are blaming the wrong developers. By GREG NICOLSON.

Residents began protesting early in the morning, and by the afternoon, they broke into some of the car workshops in the area and looted.

As some people from the flats and rooftops in the area started throwing bottles at police, the police started firing into buildings and at those on the rooftops.

A man braves the police line of fire to run towards the group of protesters.

In the afternoon, the community met in Jeppe Park with a promise to see if they could sort out the problem and secure alternative accommodation for residents would will be evicted.

In Jeppestown, many former factories have been converted into rental accommodation with walls erected throughout buildings. A flat in this building was going for about R1,000 a month.

A protester wields a brick during the skirmishes with police that ran throughout the day. Many of those protesting blamed the nearby Maboneng district, which is more developed and caters to higher income earners than its surrounds, for their pending eviction. The buildings to be evicted are reportedly not owned by the Maboneng group.

Main photo: After initially letting the looting go, police then responded by driving the protesters away, shooting rubber bullets at them.