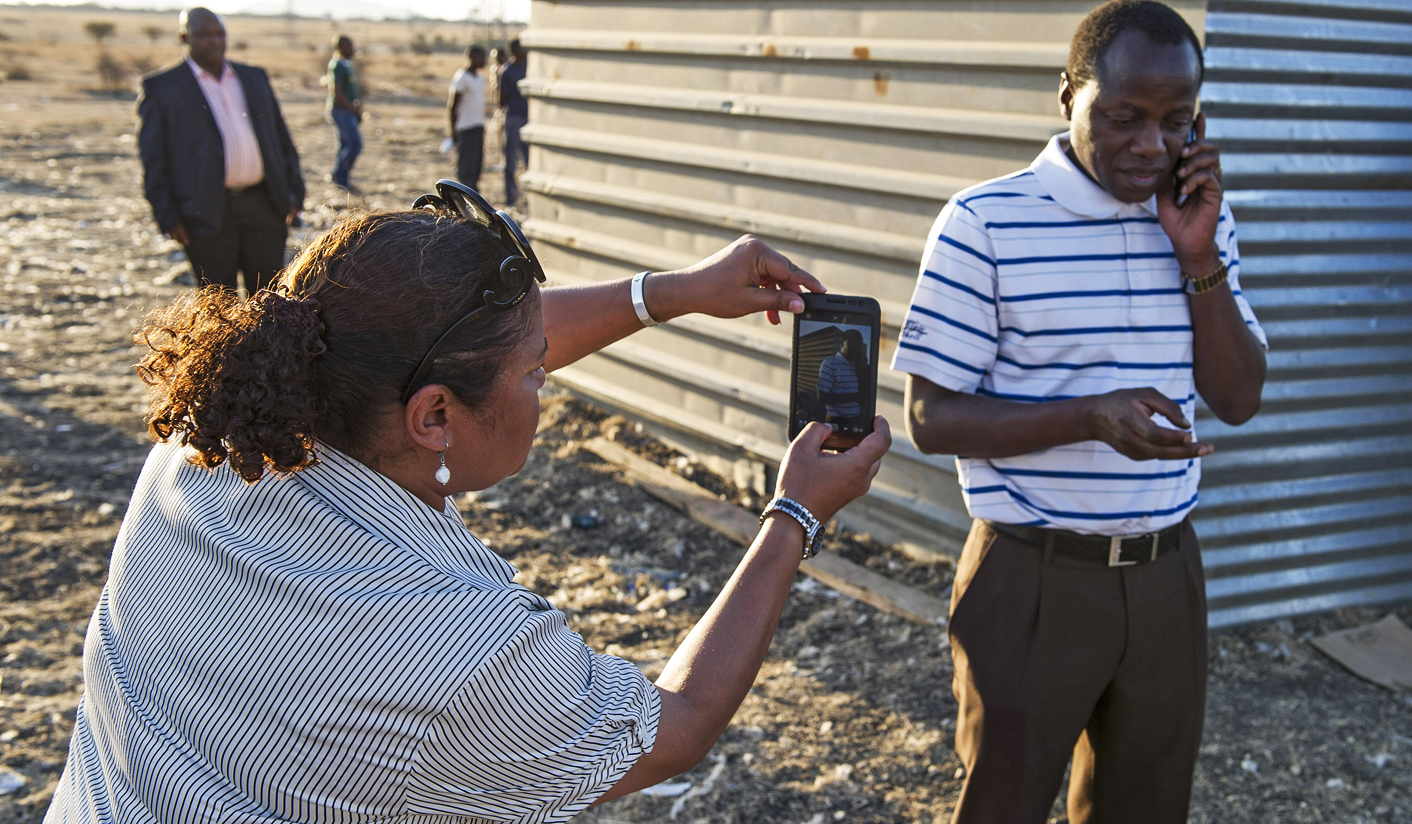 On Sunday morning South Africa awoke, not to the latest scandal in the Sunday papers, but to the tragic death of Collins Chabane. As minister of Public Service and Administration, Chabane had kept a relatively low profile. But in his previous role of Minister of Performance Monitoring and Evaluation, he was hugely important, setting up a department and trying to give it real teeth. But all of that may even be eclipsed by the role he played in the Struggle. By STEPHEN GROOTES.

People appointed to high office in the ANC and in Cabinet come in many shapes and forms; some are abrupt and tough, others shy away from hacks like me; still others become aggressive and try to put one on the back foot.

Chabane was completely different. Always relaxed, always friendly, always looking as if he didn’t really want to put a suit on in the morning, but would have preferred baggies and a T-shirt. In a world in which journalists and politicians don’t generally see eye to eye, he was always the guy who could bridge the divide.

He was always forthcoming. He would never, despite our repeated requests, make the performance contracts of ministers public. But as a minister in a department that appeared to have some power over other departments, he would happily wander over to the hack pack at some conference and share a few jokes – even do a one-on-one on the record – and remain unperturbed, no matter what issue was raised.

He was a man with a casual, relaxed nature. I remember once, at a function in Cape Town, when a colleague of mine, who had repeatedly expressed disdain for all politicians, had had a few refreshing beverages. Chabane wandered over, full beer in hand. We shook hands, and I introduced them. Instead of according him the respect a Cabinet minister should expect, my friend brought me up short with, “Collins, didn’t you play at Oppikoppi that one time?”

My heart jumped into my throat. The function was about to end early, I suspected.

Chabane grinned. “Yes”, he smiled. “Were you there?”

It was of course, absolutely true. Chabane’s love of the marimbas, and his skill as a musician, meant that he found himself playing for the crowd at the country’s premier rock festival – probably the first and last time that has happened anywhere. It also led to his being honoured by the South Africa Music Rights Organisation.

But all of that pales into insignificance compared to the real story of Chabane’s life. He was deeply involved in the Struggle, and from an early age. At just seventeen he was committed, and by 1980, was in exile. His relationship with President Jacob Zuma appears to go back to at least this time. He was in Mozambique in the early ‘80s, and so was Zuma, who was in a critical leadership position within the ANC in that geographic region at the time. And when Chabane went back into South Africa in around 1983 or 1984, it appears that Zuma was in charge, overall, of that infiltration operation.

Then there were the frustrating years in jail, on Robben Island until 1990. Chabane put at least some of his energy into music, learning to play the harmonica while behind bars.

And then, of course, came the release of Mandela, and freedom.

Chabane was part of the first democratic Parliament, before going back to Limpopo, becoming an MEC, and appearing to be more energetic than some other government officials one associates with that province. His attention to duty, and long relationship with Zuma paid off, with his appointment as Performance Monitoring and Evaluation Minister in the Presidency in 2009.

It was a difficult job. First, he had to actually start the department. Then he had to deal with other ministers, who, technically, were his equal in rank. It seems he must have had the total backing of Zuma to sit down with them and work out performance contracts. But, it must be said, up to this point, no minister appears to have been fired for failing to live up to such a contract. However, that’s politics, and people with no experience of specific departments are put in charge of these in democracies the world over – they’re there for political reasons, and it would have been impossible for anyone to make some of them live up to their contracts.

Chabane did appear, almost, to occupy the position of unofficial Cabinet spokesperson from time to time. He would come out and be the political office bearer who would defend decisions that had been taken. His tone and humility, and ability to defuse a tense situation, made him invaluable. His voice may not have been the loudest, and sometimes, for radio purposes, one had to amplify him a little, but his message was always clear.

Uniquely among politicians, he was also able to change his mind during a press conference. Once, after his department had performed a wholesale review of government’s performance, he said with a straight face that government believed it was doing very well. I disagreed, asking how it could reach that conclusion. Back and forth we went, for about twenty minutes. Eventually, I pointed out that policy documents published by the ruling party had been very critical of some functions of government. At this point, he took a deep breath, and said he would withdraw his earlier remark, and replace it with one that was less dogmatic.

I can’t remember any politician from any party doing something similar in a press conference before. It was a mark of his humility. Rare indeed, in any political environment.

After Chabane was appointed to Public Service and Administration, his public appearances decreased. It’s a horrible job, that. You only get publicity when negotiations with unions break down. But he was absolutely the right person for it; the ability to defuse difficult situations is crucial, and so is honesty. The talks that are underway now could well find themselves somewhat adrift without him.

I’m going to miss Chabane. Or Collins, as he may well have preferred to be called, after all. No airs and graces, no aggression, no crap. Just a reputation for sheer competence and energy. And somehow, despite jail, exile and all of that, a very nice guy with it.