Op-ed: Why the President’s Q&A will rarely hit the spot 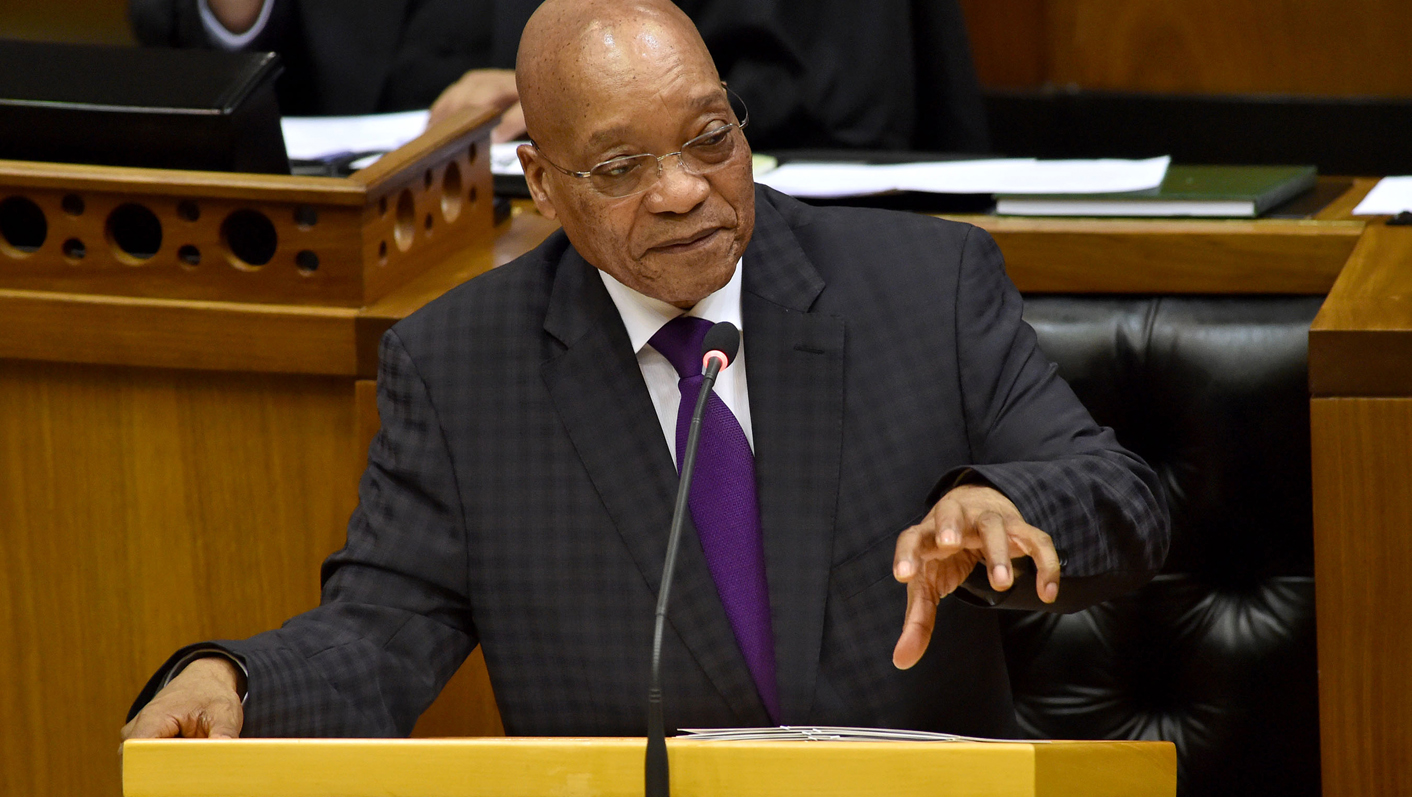 Since August last year, the occasions on which the President comes to the National Assembly in order to answer questions have assumed a heightened significance. They are hailed as the ultimate opportunity to “hold the executive to account”, as Julius Malema put it. In fact, they are nothing of the kind. Though Zuma may have tactically won the day on Wednesday, it was still a thoroughly unedifying spectacle – and is likely to remain that way as long as the format and purpose stays unchanged. By REBECCA DAVIS.

Fun fact: President Nelson Mandela was not required to appear before the National Assembly and answer questions from MPs a certain number of times per year. The practice of taking oral questions in Parliament on a quarterly basis was adopted at the beginning of his successor Thabo Mbeki’s administration in 1999. It was, Mbeki wrote in one of his ‘Letters from the President’ in 2006, an “arrangement agreed through negotiations between the Presidency and the National Assembly”.

Mbeki often used his ‘Letters’ to rail against real or perceived foes, and this particular letter was no exception. The target of his ire was Business Day, which had published an editorial describing “Mbeki’s apparent antipathy towards Parliament”.

The editorial suggested that Mbeki “seems to want as little to do [with Parliament] as possible in his personal capacity, including reducing the occasions where he is forced to answer questions in the House to an absolute minimum”.

A clearly furious Mbeki countered: “Throughout his presidency, from 1994 to 1999, and with the conscious co-operation and approval of the National Assembly, President Mandela was never required to interact and never interacted with Members of the Assembly to ‘answer questions in the House’.”

Instead, Deputy President Mbeki took questions in the National Assembly fortnightly on behalf of the Presidency, which was considered acceptable because “from the very first day of our democratic order in 1994, our members in government have respected the principle of collective responsibility that informs the work of Cabinet”, Mbeki wrote.

Fast-forward two decades, and much has changed. For one thing, opposition MPs are clearly not satisfied with Deputy President Cyril Ramaphosa serving as a stand-in for Zuma when it comes to oral questions. Perhaps this is because the “principle of collective responsibility” has been eroded. More likely, however, it is because opposition MPs want Zuma on the podium to ask specifically Zuma-focused questions: on his family connections, on Nkandla, on corruption charges, as we saw on Wednesday.

Zuma’s appearances in the National Assembly carry an additional significance, which is that the South African public rarely gets a chance to hear directly from the man himself. Mbeki’s weekly ‘Letters from the President’, though often comprised primarily of self-serving attacks on foes, were at least an opportunity to get inside the President’s head on a regular basis.

By contrast, Zuma remains silent even at moments of major national import. Wishy-washy statements from the Presidency clearly do not bear his mark. From this perspective, it’s natural that the quarterly presidential Q&A in the National Assembly, beamed out live to South Africans, carries some importance.

But the format is hopeless. For one thing, as opposition MPs have consistently complained, it happens too infrequently. Four times per year, if that. (Mbeki, as the Business Day editorial that angered him pointed out, was also fond of shirking his National Assembly question duties.) In 2011, Zuma did not answer questions for six months.

The Presidency might point out that we should take what we can get: not all heads of state are required to appear before elected representatives at regular intervals and answer questions. The President of the United States does not do so, for instance. Indeed, on occasions when such a measure has been proposed, it has been opposed in some quarters on the grounds that it would amount to a blurring of the separation of powers, because the US President is not a member of the legislature.

Zuma’s diary is also a busy one, as we are frequently reminded. Still, our parliamentary system is modeled on the British one, and one of the busiest leaders in the world, the prime minister of the United Kingdom, makes time to appear before the House of Commons every single week to field questions from MPs.

It is often a bruising session. As in the South African Parliament, some of the questions the UK prime minister faces are gifts from his own party’s backbenchers, in response to which he can fluently parrot policy. (We saw Zuma doing this on Wednesday, in response to ANC questions about the Back to Basics campaign and Operation Phakisa.)

But from opposition MPs, the idea is that the UK prime minister doesn’t know what questions are coming, and must respond swiftly to whatever gets thrown at him.

Technically this facility does exist in the South African version too. The six questions on the order paper are submitted in advance, so the President has a chance to perfect those answers ahead of time. But four supplementary questions are permitted in response, which is when the opposition has a chance to go in with some tricky questions which may elicit a less polished – and more revealing – reply.

What we saw on Wednesday, however, is that opposition MPs have a tendency to prioritise speechifying above cutting to the chase with one pointed question. On numerous occasions, Zuma asked for clarification on what the question at hand actually was. No doubt this functions both as a time-buying mechanism and a way of setting up the impression in advance that the question is absurdly incoherent and unworthy of a full response.

But sometimes it was unsurprising that he demanded clarity, because he was being served speeches with questions tagged on as a cutting post-script, or numerous questions bundled on top of each other.

Journalists can tell you that when people giving a press conference don’t want to supply full answers, they’ll take tens and tens of questions at a time, knowing that inevitably some of them will get lost in the process. The same principle applies in the context of the President’s Q&A: ask four questions squished on top of each other to an already evasive leader, and it’s an invitation for half-answers.

Even outside the President’s oral replies, often the most effective information elicited through Parliamentary processes is the result of very simple questions: facts and figures. Rhetorically pleasing as it may be to ask a question like: “Are criminal justice institutions in this country suffering as a result of your desire to stack the decks with people who protect you”, what are the chances that the public will receive any useful information in response?

But this, of course, is the essential issue with the current charade of Presidents’ questions. It isn’t really about soliciting useful information about the country’s governance and direction. It’s about one man, and attempts to catch him out, expose him, or get him to perjure himself. There are two problems with that. The first is that when that man is in an energetic blocking mood, as he was on Wednesday, what you’re left with is… well, nothing, really.

The second problem is that of all single-issue politics. When that one issue is eventually dealt with, we tend to discover that there are a whole lot of other issues that still aren’t going anywhere. DM