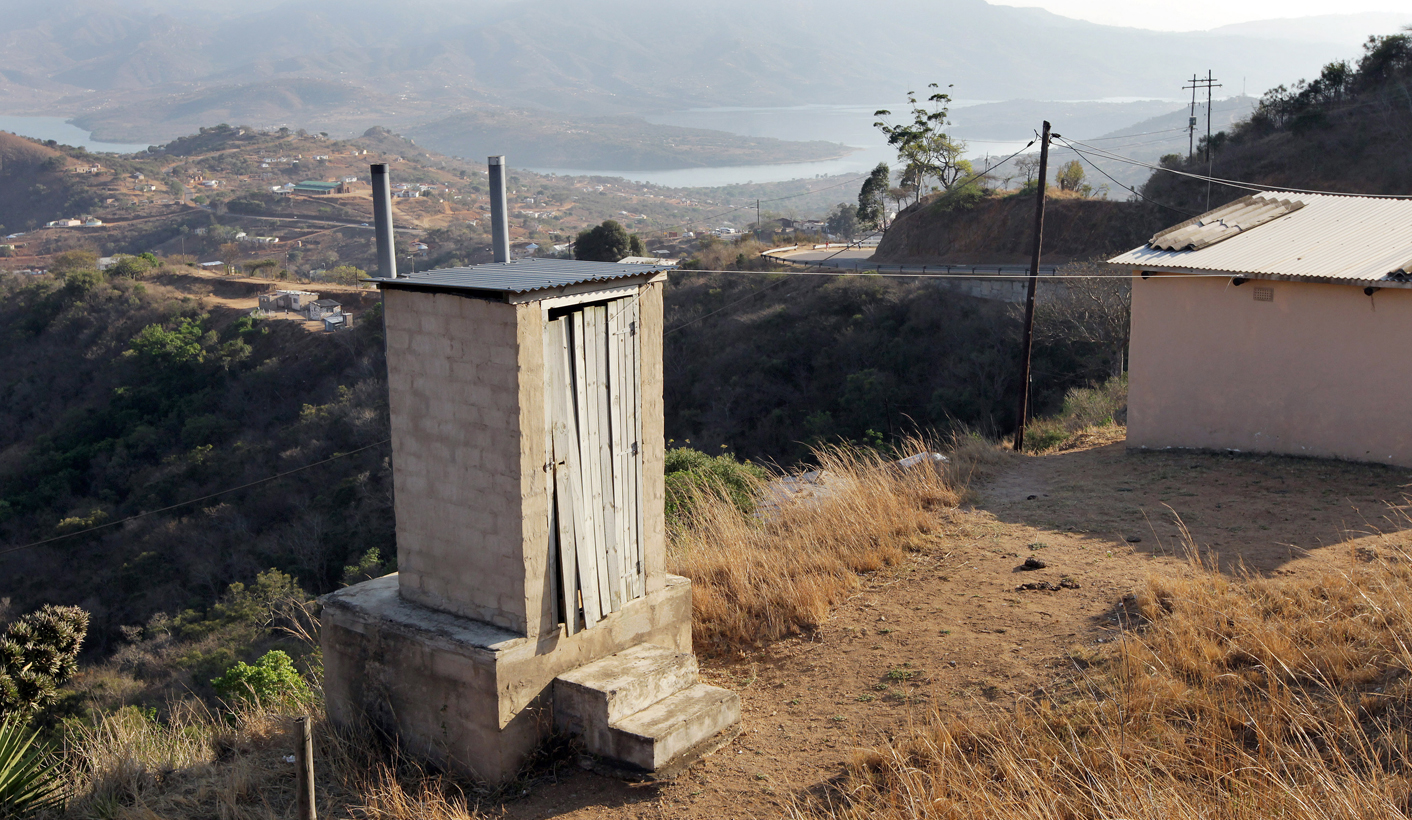 Nine years after President Thabo Mbeki announced plans to eradicate the demeaning and unhygienic bucket system, it lingers on, even increasing in some areas. At a briefing in Parliament on Wednesday, the department of water and sanitation outlined more plans to eradicate it. By GREG NICOLSON.

The department of water and sanitation has presented expanded figures sourced from provincial departments showing 88,127 households in formal areas are still using the unhygienic, degrading system of bucket toilets. In informal areas, a further 140,000 households rely on the system. That figure will rise, with numbers from four provinces – Gauteng, KwaZulu-Natal, Limpopo and Mpumalanga – still to be added.

Issues of sanitation remain a challenge for government, highlighted by the death of six-year-old Michael Komape last year in a pit toilet at school in Limpopo and ‘poo protests’ at the Western Cape Legislature. While minister of water and sanitation Nomvula Mokonyane has ambitious plans to end the bucket system, the practice will be around for a while yet.

The department’s director general, Margaret Ann Diedricks, said based on the available data, the situation in informal settlements is worst in Western Cape, where 59,932 households rely on bucket toilets, followed by Free State with 46,758. The Free State is the worst offender when in comes to bucket toilets in formal areas.

Even if enough resources are allocated to the department’s goal, bucket toilets will still be around for a time to come. The current targets aim to eradicate bucket toilets in formal areas. Informal settlements, where the bulk of the problem lies, present further challenges.

The National Development Plan aims to provide all South Africans with safe water and reliable sanitation by 2030. It’s Medium-Term Strategic Framework (MTSF), with targets until 2019, aims to provide functional sanitation to 90% of households, up from 84% , and eradicate the bucket system in formal areas by 2019.

It’s not the first time the state has set a goal to end the bucket system in formal areas. In his 2006 State of the Nation Address President Thabo Mbeki announced “government has decided that we must completely eradicate, in the established settlements, the ‘bucket toilets’ by the end of 2007”.

When that date was missed, another plan said the degrading form of sanitation should be eradicated by 2014 in formal areas. Stats SA’s Non-Financial Census of Municipalities report, however, found that in 2013 99,102 households across the country use bucket toilets, an increase from 89,751 in 2012. The report found the majority of households using bucket toilets are in the Free State and Eastern Cape and provinces Eastern Cape, KwaZulu-Natal and North West saw increases in the system.

The state has earmarked R899 million for eradicating bucket toilets in 2014/15, which the minister of water and sanitation, whose department took over responsibility for the implementation of the Bucket Eradication Programme from human settlements when it was established last year, says will replace 30,000 toilets.

For 2015/16, R975 million has been allocated, but Mokonyane has called on government stakeholders to direct up to 50% of the R15 billion Municipal Infrastructure Grant towards eradicating the system. The amount of money required must be negotiated with National Treasury, said Diedricks.

Chairperson of Parliament’s select committee on social services, Landulile Dlamini, last year said, “The budget should be dedicated to eradicating the bucket system and installing sanitation infrastructure where it doesn’t exist. This is a non-negotiable.” President Jacob Zuma has said ending the system is a priority and has named a number of initiatives on the issue.

Concerns were raised in the committee on Wednesday about the viability of Mokonyane’s commitments given past targets have been missed and her plan appears to rely on getting funding redirected. Diedricks was confident and said, “Yes, it can be eradicated,” but she added that challenges could arise regarding time, money and human resources. The department still faces challenges in building the infrastructure of bulk sewers and waste water treatment in townships neglected during apartheid. DM

Photo: An exterior toilet stands in a Zulu homestead in the Valley of a Thousand Hills near Durban, South Africa, 23 September 2010. EPA/JON HRUSA