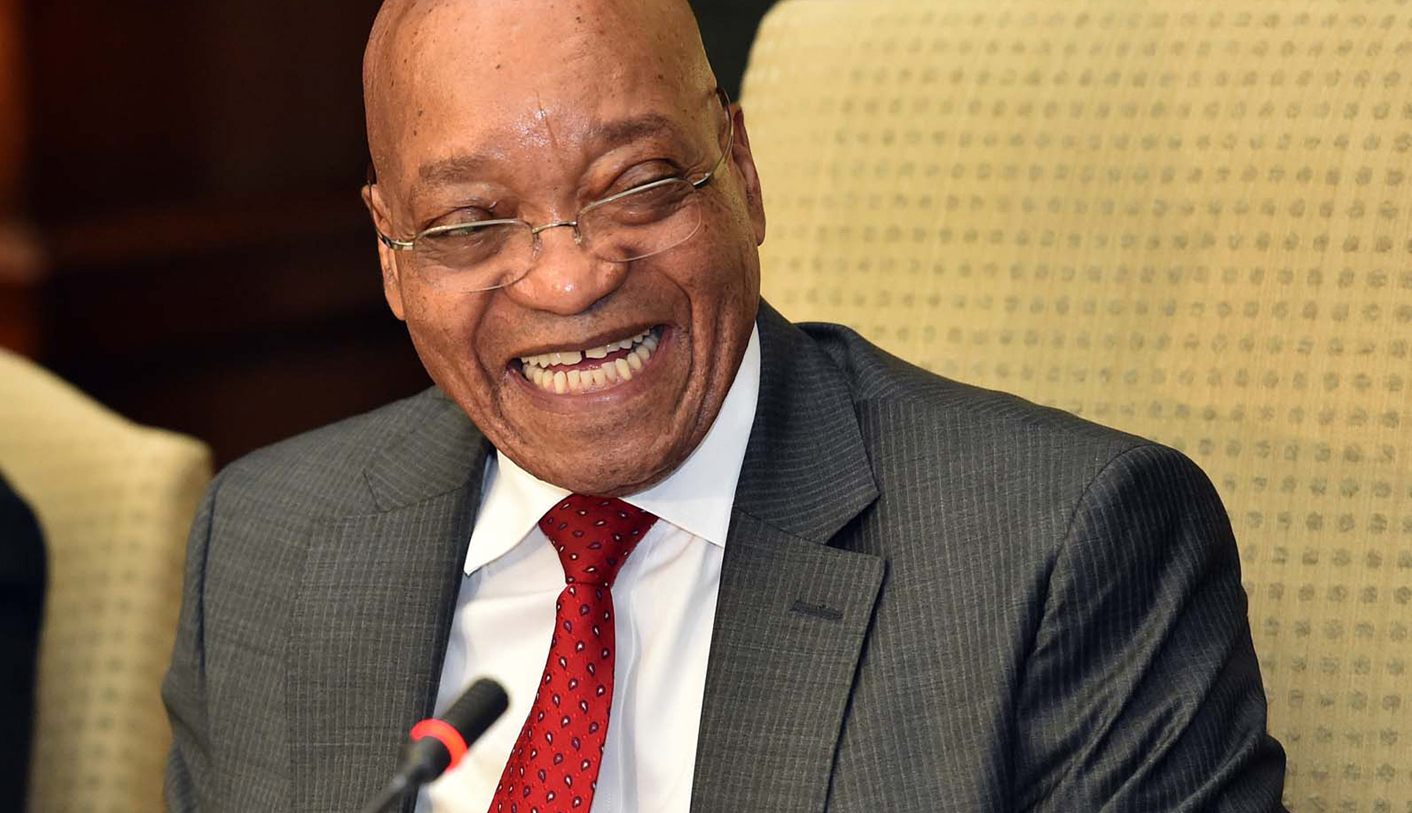 The last few weeks have seen President Jacob Zuma entering the public arena in ways in which he’s been accused of avoiding before. Five weeks ago, before his State of the Nation Address, he held an on-the-record briefing with editors in which nothing seemed to be off limits. Then, this week, he answered questions in the National Assembly, something opposition parties have accused him of avoiding. As a result, we have more information about Zuma himself, and what he believes, than we’ve had before. By STEPHEN GROOTES.

There has been a lengthy period in which President Jacob Zuma has been spoken about much more than he has spoken. This is natural in democracies where elected heads of governments only place themselves in danger by giving interviews or even delivering set piece speeches. For Zuma, the danger is perhaps greater. He has his own reasons to avoid, or even hate, the independent media. The humiliation of his rape trial, and the fact that it may not have happened at all if the Sunday Times hadn’t published his charge sheet, must still linger. The urban-based media’s approach to some aspects of his lifestyle must make him furious, as well as the focus on his homestead.

But there is an opposite case to be made: When an elected head of government is too much out of the public eye, a vacuum needs to be filled. When media doesn’t see much of the president, it resorts sometimes to speculation, which usually is not healthy. It’s not the first time this has happened; there were similar times during the Mbeki presidency.

So it is probably good for all sides that Zuma is now making public statements. At least we now know that he disagrees with the public protector’s findings on Nkandla, and that he doesn’t believe them to be legal rulings, but rather recommendations. While opposition parties have been quick to claim this shows he has no respect for the institutions of our democracy, he may well be right. Legally, there is a case working its way through the courts on whether public protector findings are legally binding. It would be hard to imagine they strictly are, as the public protector is not a judge and doesn’t appear to have the powers of one. Which means that should she wish to enforce her findings, she would have to go to court to do so.

Then there are the president’s views on teenage mothers. Speaking in the House of Traditional Leaders earlier this week, he reiterated his belief that teenage mothers should be separated from their children until they have finished school. The online condemnation was swift. Several of the criticisms of his view are valid: he didn’t appear to mention the role the teenage (or older) men should play, separating children from their parents is usually not the best policy to follow. That said, he was talking about a very complex issue; the best brains of our time could spend months debating this point as teenage pregnancy is hard to deal with, and there is no universally accepted ‘solution’ to it.

Perhaps the most revealing moment of Zuma’s public appearances so far was his lecture given to Democratic Alliance parliamentary leader Mmusi Maimane. Wagging his finger, pointing at Maimane, he hectored, lectured and almost shouted at him, saying again and again that he had never tried to dodge answering questions in Parliament. It was probably the most emotional this writer has seen Zuma since the break-off of Cope back in 2008. Several times National Assembly speaker Baleka Mbete tried to interrupt him, but he would have none of it. He was furious, he had a point to make, and by golly, he was going to make it.

While the words were about “questions”, “dodge” and “Parliament” there was a much bigger dynamic at play. It was about two men of different generations, the ANC leader from Nkandla against the young upstart from Soweto; it was urban vs rural, old vs young, ANC vs (gasp!) DA.

It was also about how our society is changing, how when Zuma grew up most of the country lived as he did in Nkandla and about how now most of the country lives as Maimane does, in townships and suburbs. There may well also be an aspect of ‘sell-out’, that Zuma somehow feels Maimane has turned his back on his own people. While it wasn’t explicitly said, it would explain some of Zuma’s heightened emotion.

The other thing it may tell us, is that Maimane’s characterisation of Zuma as “a broken man presiding over a broken society” stung, and stung deeply. Zuma has always appeared to literally laugh off any criticism of him, so perhaps Maimane’s performance during their last parliamentary encounter was something that could not be easily dismissed with a chuckle.

Those in the DA may also believe it’s an indication that for all of Julius Malema’s posturing, Zuma realises his real enemy, the real party that could hurt the ANC, is in fact the DA. While the party hasn’t grown as big as its supporters have claimed it would, it is still the only party with consistent growth since 1994. It is beginning to trawl in the same voting waters as the ANC, and the competition is going to become more and more about the urban areas. And while Malema has certainly challenged the ANC in some ways, his party may well be a temporary feature of our political scene. His corruption trial could well keep him away from the limelight for a while, and his own combustibility is always likely to mean there will be inner tensions within the Economic Freedom Fighters.

The DA meanwhile appears to have none of those problems, and Maimane’s presence on the front benches removes the weapon of last resort for the ANC, that it’s a “white party”.

Of course, the ANC would deny that, and suggest that Zuma’s anger at Maimane is just because he has been “misleading the nation”.

There is another aspect of Zuma’s character that was shown up during all of this. Before he became president, there were questions about his views on policy. The Economist suggested that on policy matters he “travelled light”. Evidence backing that claim has only grown since he went to the Union Buildings. That said, as probably the biggest issue we face at the moment is the power crisis, you would think he would be fully briefed on all aspects of it. His promise on Wednesday that “we will deal with” shows less detail than one would like. You would certainly think that as the issue was likely to come up (there was a question submitted about the ISMO Bill relating to power generation and distribution), he would have a comprehensive answer prepared. It was not forthcoming, and one certainly didn’t get the impression he was fully seized with the crisis.

This is a pity. Firstly, it indicates a lack of interest in a major governance issue, and secondly, it was a lost opportunity. Load-shedding is news at the moment; any presidential-sounding statement on the matter might have obliterated any of the controversies from the front pages.

Going on offensive, on balance, surely works for Zuma. It gives his supporters ammunition, it can put the opposition on the back foot, and it allows his words, rather than words about him, to dominate the news agenda. For the moment, it could well be the right strategy for him to follow. DM