Op-Ed: The Rhodes less travelled, or, what’s in a name? 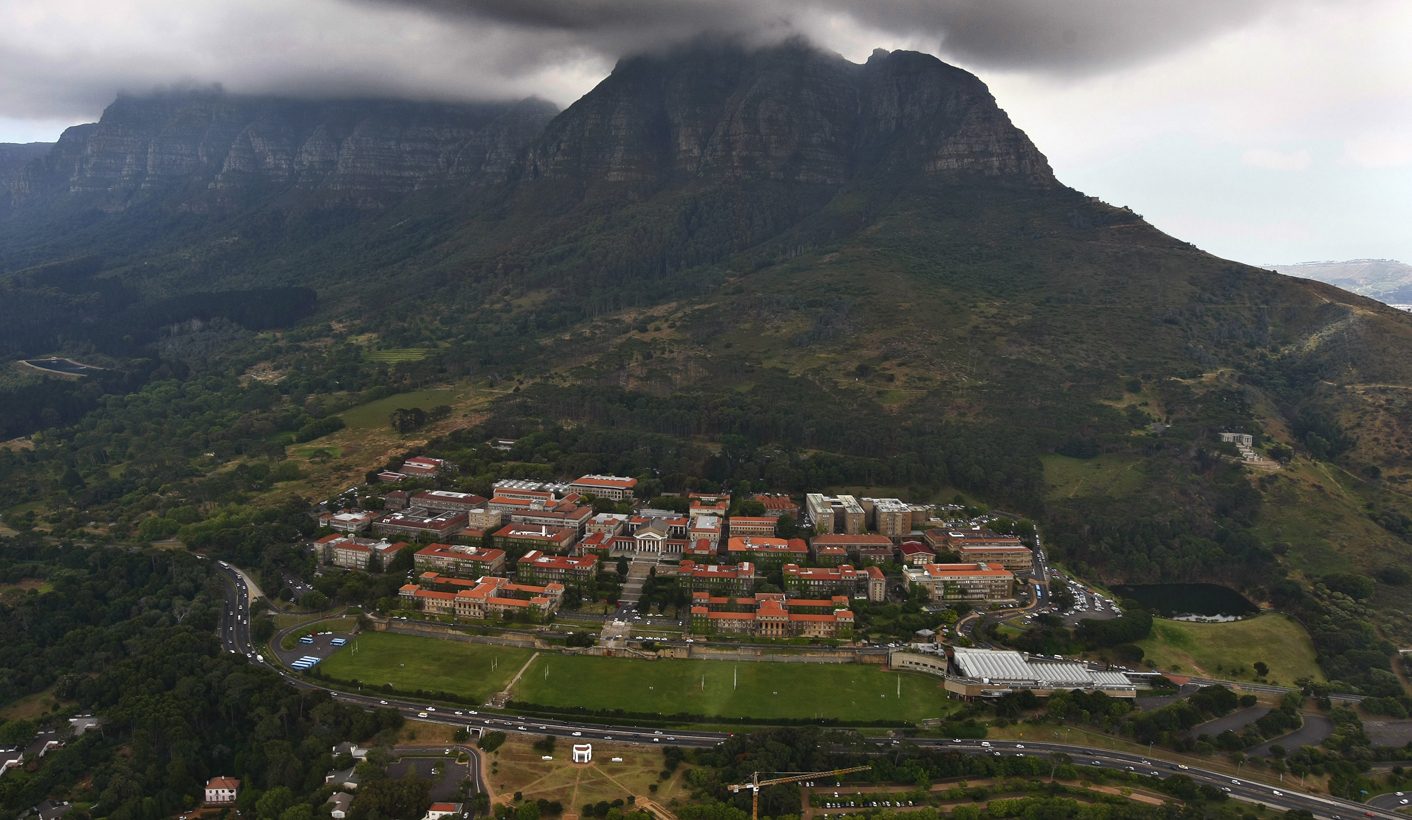 On Monday a group of students at the University of Cape Town decided that to make a point, and grab attention, it would be a good idea to throw some human faeces over the statue of Cecil John Rhodes. The university being full of young people, the event was captured in glorious Technicolor. Which means that the odour of their action is going to spread. Their actions are a sharp reminder that as a country we still haven’t dealt properly with our symbols and names from the past. Which is surely understandable. But given the resultant anger, it’s time to consider how we can work out which symbols to keep, and which to can. By STEPHEN GROOTES.

Chumani Maxwele’s actions in using something other than his words on Monday suggest that he is an angry young man. In an interview on the Midday Report he explained this, saying that the statue of Rhodes was a symbol of “white domination” at the university. When pressed on whether he had tried to have the statue removed through the force of argument rather than his own personal force of nature, he said that many academics at the institution had created arguments that “[met] white standards” in their bid to have it removed. He made it clear he was acting out of “black anger”.

There are some who feel the only response is to laugh. Others feel his points are valid. It’s also true that several UCT academics, chief among them Professor Xolela Mangcu, have tried institute positive change at UCT, and have been fiercely critical of the university, while the university has responded with its own list of defences and a breakdown of its transformation efforts.

That there are divisions among our young people comes as no surprise. One of the more interesting aspects of Maxwele’s argument is that he finds it impossible to live the life of a privileged student at UCT, and then go home and have to use a portable toilet. He says that the problem comes in when he tries to explain to his white friends – and his privileged black friends – the reality of his life at home.

This reveals that this issue is not just about race, but also class. He’s angry because as a poor black person, he believes he is being treated in a certain way. Is the corollary that to a rich black youngster, the statue of Rhodes is not quite so offensive? It’s easy to understand that, for Maxwele, the statue is of a person he holds responsible for the situation in which he finds himself. As it’s a bad situation, he must perform an act on the statue that is normally left to pigeons. If he were richer, that situation might not be so bad, and thus the reaction to the statue not so extreme. But the reactions of human beings to their situations can be hard to predict; perhaps if he were richer, he would feel angrier, because he might have more knowledge, or feel more empowered to take the action he did. He might also feel as great a degree of empathy for his fellow human. It’s hard to say.

What is clear is that he is not alone in feeling that many of our country’s celebrated names and symbols should change. It took over ten years for the City of Jo’burg to get around to renaming the Hendrik Verwoerd Avenue in Randburg. That’s fifteen years after Centurion took over from Verwoerdburg. All around us are other symbols of our past, often honouring people who were completely opposed to our current aspirations. The worst, by the way, is probably the “monument that honours” those members of the AWB who were killed in Ventersdorp in the early 1990s which, as far as I know, is still just a stone’s throw from the office of the town’s mayor.

In the past, there has been a hodge-podge way of dealing with this problem. A city here would rename an airport, a council there would rename a dam. And Cabinet would prevaricate for nearly a decade on what the name of our capital actually was. This is probably not just because of a lack of political will, but because of the time and energy it would take to get something done. Any suggestion of change would immediately ignite opposition, Tony Leon would get on his high horse, and there would be court challenges and shouting and racial sub-text.

Things have changed. The balance of power is very different. Now the only people who really deliberate about the name of our capital fall within that little ethnic grouping operating under the name ‘AfriForum’. The main opposition, the DA, treads a careful line on changing names. Its leader initiated changes in Cape Town when she was the mayor there. And attitudes have changed. In the late ‘90s, most white people would vigorously oppose affirmative action. Now many – perhaps most – recognise the need for some kind of restitution.

And frankly, as more and more of our people come into close contact with each other, there is more understanding. It would be pretty embarrassing now to stand up in your average office in Sandton and try to justify keeping the name or image of Jan van Riebeeck on anything. Especially our currency.

Firstly, it’s probably important to work out some kind of criteria to judge when a certain name is offensive. It may be easy, at first blush, to say that as Rhodes used the K-word, clearly believed that white people were superior and that “to be born British is to win first prize in the lottery of life”, a certain university in the Eastern Cape should prepare itself for change. But that would also mean that a university not a million miles away from that institution should recognise that being named after Colonel Fort Hare is unwise. He was, if you can believe it, aligned to the right of Rhodes. But that leads to questions about what names currently mean. The name ‘Fort Hare’, to many people, may mean ‘empowerment, black learning, liberation’. The name ‘Rhodes’ may not.

And if whether someone was racist falls within the criteria, what about Jan Smuts? In most countries the man who wrote the preamble to the United Nations Charter would be honoured in some way. But he was surely racist, judging by today’s criteria.

Given the nature of our politics at the moment, it’s also going to be incredibly tough to find people who can be seen as making these decisions ethically and reliably. Our history is not something anyone can be objective about. The temptation for some politicians (particularly the ANC in Durban) has been to use renaming to galvanise support. The tactic is to propose something be renamed, then use opposition to that to increase emotions within one’s own constituency. It’s a dangerous tactic, but certainly an effective one.

One of the main reasons we need to start a wholesale programme of name changes is not just that it is the right and moral thing to do. It’s that politicians under pressure are likely to continue using that tactic, which would just deepen divisions in our society. At the moment there is a very real way to assuage at least some of the anger felt by many South Africans. It might just be symbolic and not necessarily improve their economic conditions. That doesn’t mean it’s not important. DM