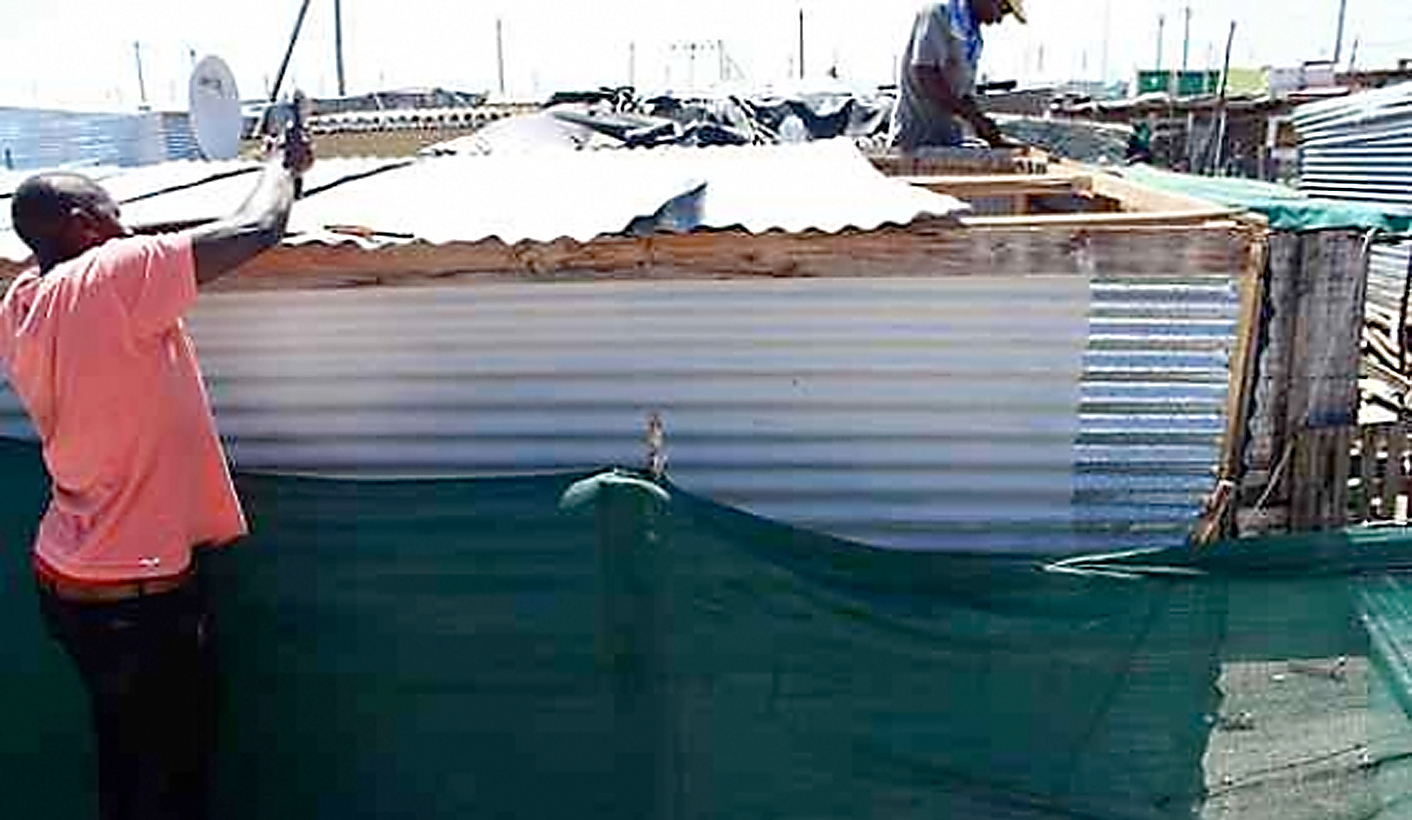 In February, the City of Cape Town’s Anti-Land Invasion Unit (ALIU) dismantled a family’s shack in Mfuleni. This acrimonious incident raises important questions about how informal settlements are to be upgraded. By NATHAN GEFFEN for GROUNDUP.

The facts of the story are:

Below is a photo provided by the City of what the shack looked like before the ALIU dismantled it. I’ve numbered each segment of the shack (1 to 8).

And here is a photo, also provided by the City, of what the shack looked like after the ALIU was finished with it. Note that of the original eight segments in the photo above, only three remain (5, 6 and 7).

Some facts are disputed, such as whether all the dismantled parts of the shack were extensions, and whether the family’s belongings were damaged. Whatever the case, from the photos it is clear that it is not reasonable for a five-soon-to-be-six-person family to live in what remains of this shack.

Why does the City dismantle shack extensions in informal settlements? Priya Reddy, a spokesperson for the City, explains, “Allowing the extension of structures to go unchecked can often block the way for emergency personnel to gain access to informal settlements.” She also writes that unauthorised extensions impacts on City planning and “creates further load on the already overstretched services in the settlements.”

Reddy’s concerns are reasonable. The problem, however, is the implementation of the policy dealing with shack extensions. Issuing a policy from the top echelons of local government does not necessarily translate into it being implemented reasonably on the ground. In this case it has not been. How was the Madlingozi family to live in the much smaller shack? Reddy writes, “We have a policy that allows occupants to apply to our Informal Settlements Management section for permission to extend their structures if family circumstances warrant it.” The family has since applied for permission, but they expect it to take three months. In the meantime, they’ve extended the shack again anyway.

Kumar explains, “Reblocking needs very strong community involvement.” It is “not a technical solution.” Assessments need to be done case by case, which CORC does. You “need to understand specific needs … and have negotiations with community members and implementers to make this work.” It “requires the City to go in-depth.”

Kumar says there were no instances of people blocking roads in Flamingo Crescent. “That’s because the needs of people were worked out in the planning stage.” He says there is a “clear intent of the City to move from reactive reblocking to proactive reblocking, and that’s a good thing. One of the things we have learnt is that proactive reblocking] needs a different mindset. We don’t do any relocations. That is very important. You don’t want people to be moved off location.”

Photo: A before and after look at Flamingo Crescent informal settlement which was upgraded between 2012 and 2015.

What happened to the Madlingozis appears to be a case of reactive reblocking. The move to proactive reblocking reflects a welcome evolving attitude of the City towards informal settlements.

The City could argue that it can’t implement pro-active reblocking in all informal settlements at once. That is true, but it can’t be haphazard or arbitrary either. As Gavin Silber, who used to work for the Social Justice Coalition, points out, the City needs a “comprehensive informal settlement development plan”. Silber says the current system “effectively classifies hundreds of thousands of Capetonians as ‘illegal occupiers’ of land on which homes have been built for many years. Residents are rarely made aware of complex regulations and policies or engaged on future development plans, are penalised for trying to improve their environment, and live in constant fear of losing their homes. The status-quo is both unjust and unsustainable. An alternative approach that focuses on land tenure, informal settlement upgrading, and integrated public and low-cost housing is desperately needed.”

A common response to criticism of the DA-led City of Cape Town is, “Why not criticise ANC-run cities?” Indeed, the problems described here are not peculiar to Cape Town; these are challenges facing all the country’s cities. But by identifying the shortcomings of the City’s approach to upgrading informal settlements better approaches, such as the one taken in Flamingo Crescent, can hopefully become the norm. Only then are families like the Madlingozis likely to buy into the City’s motto of making “progress possible, together.” DM

Main photo: The Madlingozi family rebuilds their shack after the City’s Anti-Land Invasion Unit dismantled it. Photo by Masixole Feni.

The author is the editor of GroundUp, but the views expressed here are his alone and no inference should be made as to the views of other GroundUp staff.

This feature was first published in GroundUp.