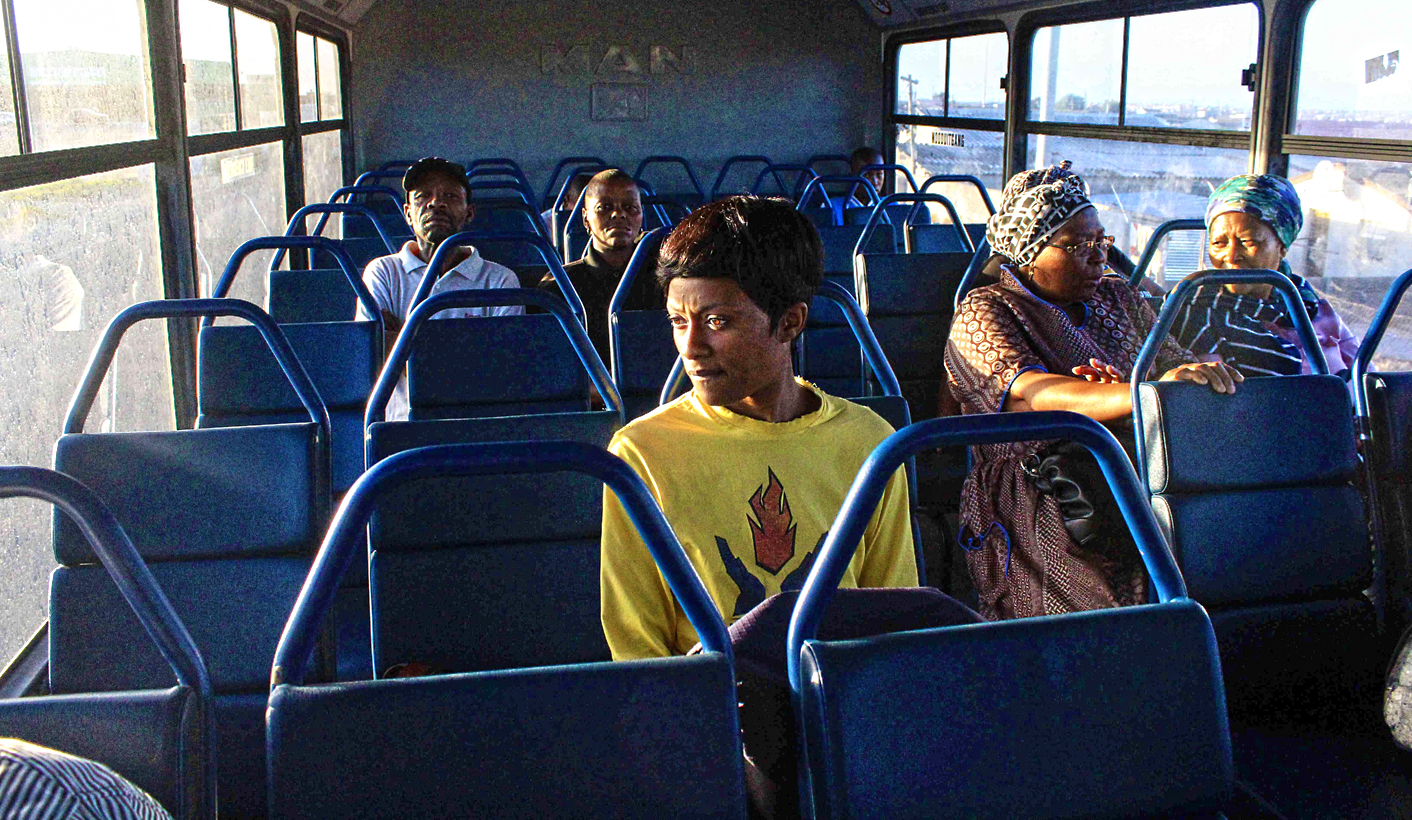 It's 5:30am in Town Two, Khayelitsha, and firefighter Anelisa Flani has just started her day. There’s a long way to go. By BARBARA MAREGELE for GROUNDUP.

Flani is one of nearly 400 Working on Fire crew members, who, along with hundreds of Fire and Rescue firefighters and other volunteers, have been assisting to douse one of the largest veld fires ever to rage across the slopes of Cape Town’s mountains.

Several veld fires broke out on the Southern Peninsula on Sunday and spread rapidly.

Since then, thousands of hectares of vegetation have burned and 13 properties, collectively worth millions, were damaged, with three structures completely gutted.

Photo: Anelisa ironing while her mom is on her way to work

By late Thursday, officials said that it could still take days before the fire was completely extinguished.

On Thursday, GroundUp followed 22-year-old Flani to the Working on Fire base in Newlands as efforts to contain the massive blaze entered their fifth day.

Flani, who lives in a two-bedroom house with her mother, Bukiwe Flani, and her 18-month-old daughter, Nikita, joined the government initiated programme in September last year.

The programme, which focuses on wild fires, was established in 2003 to create jobs in a bid to alleviate poverty.

Photo: Anelisa walking to the day care at a neighbour’s home

“I didn’t finish Grade 12, so I was just sitting at home. A girl from my community told me about Working on Fire, so I applied and got in. Our training was very hard; we had to do sprints, push ups, and learn how to deal with veld and fynbos fires,” she says.

In order to get baby Nikita ready and to prepare for work, Flani has to wash herself and her daughter in a large plastic bucket filled with hot water which she places in her room. A few steps away, several yellow and green tops and jackets are hanging from an indoor makeshift washing line.

“I only have two sets of uniforms. I have to wash it every night, because I’ve been smelling like smoke and very dirty. I didn’t even come home on Wednesday night, so I was in that uniform for two days. It wasn’t nice,” she explains.

Before leaving the house, Flani’s mother, who works as a cleaner in an old age village in Somerset West, told GroundUp she fears for her daughter’s safety every day.

“I see on the news how risky her work is. Sometimes we had no contact because her phone was off and I didn’t know if she was safe. She also has a baby to worry about. But I’m very proud of her,” she says.

After shining her boots and packing two small bags, Flani wraps Nikita in a blanket and carries her to day care in a house three streets away.

Flani briefly describes her week, which included her first experience in a helicopter.

“The first fire call was in Hout Bay, and we had to go in with the chopper. I didn’t want to go at first, but we had no choice because there was no way for us to claim the mountain at that stage. I was shaking. The fire then spread to Fish Hoek. I joined the team again on Monday and stayed at work until Wednesday afternoon.

“On Tuesday, there was a time we couldn’t do anything and we just had to watch the flames. We felt so helpless,” she says.

During fire season which ends at the end of April, Flani recieves R86 a day and works seven days a week from 9am until 6pm. Out of fire season she receives R1,800 a month.

“I’ve fought other fires, but nothing like this. It’s a scary fire and so dangerous. I could feel the flames, it was so hot and we [are] sweating all the time. Our uniforms with the T-shirt, jacket, balaclava, helmet and safety boots; all of this is very heavy, but I love what I do. The money I get helps my mother to pay for things at home,” she says.

Flani catches a 7am bus to Newlands and walks up to the base where she reports for duty at 9am. Exhausted, Flani fell asleep during the trip to work.

“It’s difficult living so far away and having to travel into work every day when you are tired. I get up at 5:30am in order to get my baby ready before I have to take a bus to work. I work seven days a week from 9am to 6pm. The worst part is going from here to those big houses up there.

“It does become scary out there when the fire gets bigger and out of control,” she says.

At the Newlands base, Flani is assigned to a crew leaving for Tokai Forest.

“I love what I do. We are under a lot of pressure most of the time, but it feels good to know that you are helping to stop this big fire and save people’s homes from burning down,” she says.

One of the firefighters who sustained serious burn wounds this week is recovering in hospital along with several others with minor injuries. DM