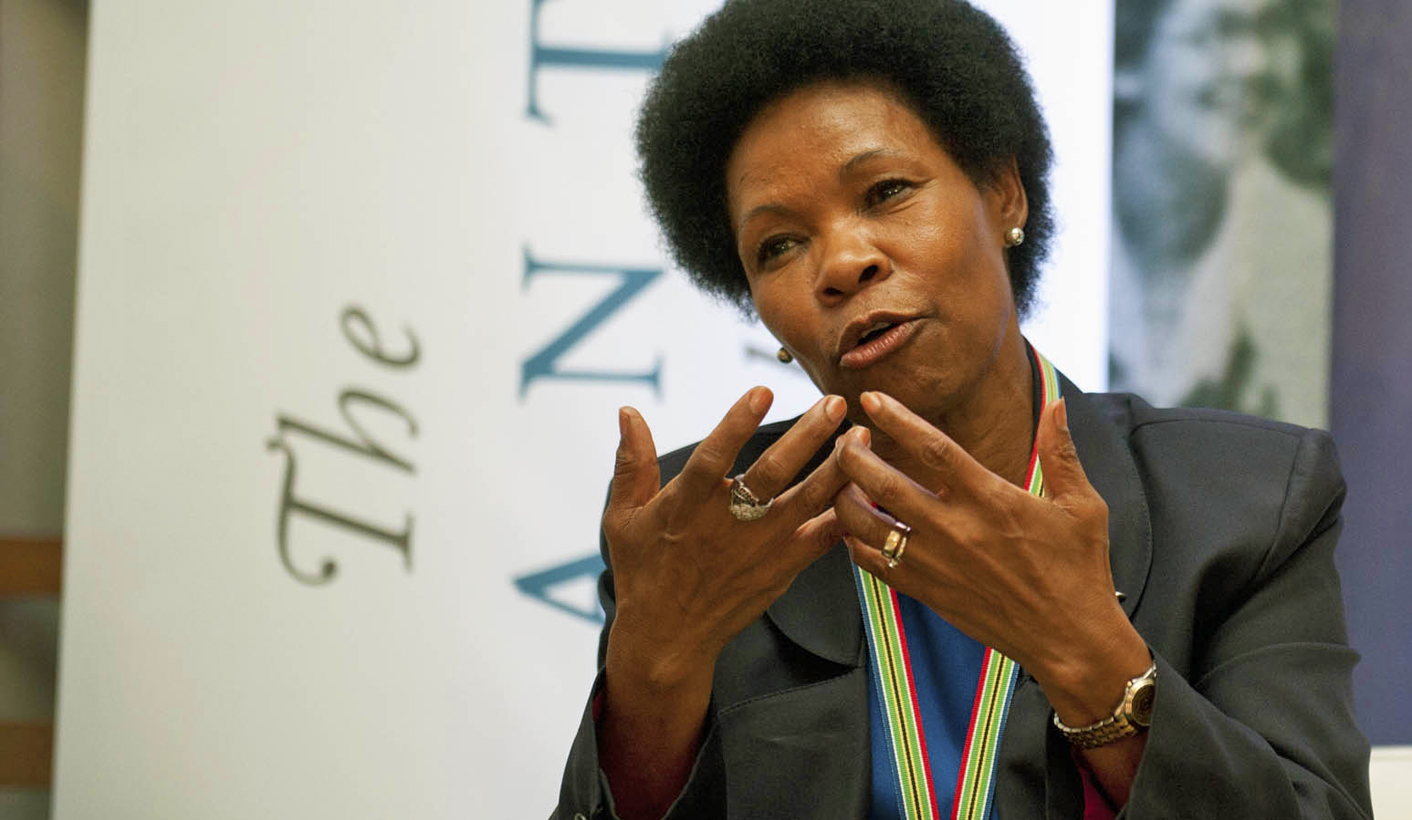 South African civil society has received a substantial shot in the arm with the announcement on Thursday of a $25 million fund jointly established by the Open Society Foundation, the Ford Foundation and Atlantic Philanthropies, which aims to “advance constitutionalism” for next 10 years. The announcement comes in the wake of what many view as a pushback by the ruling party against constitutional democratic rule, including the undermining of the NPA, attacks on the Public Protector and the stacking of the Judicial Services Commission with compliant political voices. By MARIANNE THAMM.

The venue selected for the announcement of the new $25 million (around R285 million) joint “Constitutionalism Fund” was the District Six Homecoming Centre in Cape Town’s CBD, significant for its symbolic remembrance of the country’s painful apartheid past. But the country’s present, as well as its future is today contained and enshrined in the Constitution, the bedrock of the country’s young democracy.

The next decade, panel chair, former Constitutional Court Judge, Yvonne Mokgoro, told Daily Maverick, would be about “making real the promises of the constitution” and the new fund hoped to achieve this without being prescriptive.

She added that the country’s long-term stability and the progressive realisation of the rights and values of the constitution depended on the maintenance and promotion of the rule of law and key institutional institutions.

What makes this fund unique, said  Open Society Foundation’s President Chris Stone, is that it will provide long-term institutional support of a kind that has not been available to organisations in the past.

“This kind of funding allows for innovation in delivery, in activism, in engagement with local communities. Ongoing funding over a decade investing in the infrastructure that can make the constitution live was essential for us. This additional funding, particularly when funding is tight in this sector, will make a lasting difference. For us this is money in addition to the ongoing funding of the Open Society Foundation in South Africa that will continue to provide project support, start-up and small grants to many parts of civil society.

Commenting on the launch of the fund, Lawson Naidoo, executive secretary of the Council for the Advancement of the South African Constitution (CASAC), said the announcement was welcome particularly at this point in the country’s history when there was as “pushback against constitutional democratic rule by the majority party. We see this in the undermining of the National Prosecuting Authority, in the attack on Chapter Nine institutions and the loading of the Judicial Services Commission with political voices.”

Naidoo said that much work still needed to be done to deepen the understanding of the country’s constitutional democracy particularly in terms of social justice and socio-economic rights.

Shelagh Gastrow, executive director of Inyathelo, has observed that while government might have welcomed the involvement of civil society in the early years of democracy, it had become increasingly evident that “civil society groups that might have engaged with government on various issues such as service delivery, economic policy, health (particularly HIV and AIDS) or the environment began to be viewed as opponents of the ruling party”.

“Space to form partnerships with government has been substantially reduced over the past decade. Organisations that make the effort to attend and present at parliamentary portfolio committees are often disregarded or even viewed as hostile; attempts to meet with MPs or government officials are usually ignored. This has forced a number of civil society organisations to turn to the courts to achieve their objectives,” she said.

It is hoped then that there will be wider engagement between a strengthened civil society and government to realise the goals of the constitution in the coming decade.

The panel, chaired by Judge Mokgoro, will advise the foundations on allocating resources from the fund to South African organisations that meet the criteria. Selection panel members include Aubrey Matshiqi, Senior Political Associate at the Centre for Policy Studies at the University of Witwatersrand School of Business and Yasmin Sooka, a former commissioner with the TRC and current Executive Director for the Foundation for Human Rights.

Christopher Oechsli, President and CEO of Atlantic Philanthropies that has invested $355.5 million in South Africa over the past 22 years, said the foundation had contributed to the joint fund as part of its departure strategy and to ensure that the work it had supported over the years remained sustainable.

Atlantic Philanthropies, created in 1982 by the US businessman Chuck Feeny, will cease making grants by 2016 and cease to operate by 2020.

“With our colleagues from Ford and the Open Society we saw an opportunity that would help our departure and the transition by investing in a long-term fund. The challenges of delivering on the promise of the constitution. These are complex challenges and they can’t be resolved by a single grant or a collection of short-term grants.”

Achmat Dangor, head of the Ford Foundation in South Africa, said the fund would help civil society to face current challenges in a fresh way.

“What does the constitution mean to people without rights, without sanitation, without economic opportunities? These are the challenges,” said Dangor.

He added that government had, since the first cabinet of Nelson Mandela, developed several macro-plans including the RDP and now the NDP. These were, he said, good strategies that needed implementation and this is where civil society could assist government in partnership.

Dangor said the over and above contributing to this fund, the Ford Foundation remained committed to South Africa and the region and would continue to fund many who were potential beneficiaries.

The “Constitutionalism Fund” will select beneficiary organisations on their ability to “significantly advance” constitutionalism and will provide support over three to four funding cycles over ten years.

The selection panel would identify beneficiaries and forward choices to funders for final ratification. Criteria for eligibility would include prospects for advancing constitutionalism and the durability of any advances made; strong leadership, a commitment and a plan to specifically address racial and gender transformation at a senior managerial and leadership level; innovative ideas for advancing constitutionalism beyond conventional strategies and tactics; the ability to partner and collaborate with other civil society organisations and social movements; effective and transparent financial management; independent governance and oversight structures; effective evaluation mechanisms and the ability to use the Fund’s support to enhance organisational capacity and/or address long-term sustainability.

Said Judge Mokgoro: “The next decade is likely to prove pivotal in the context of our evolving political democratic landscape and thus the Fund has the potential to play an important role in responding to our needs.” DM