Discussing xenophobia: Where are the solutions? 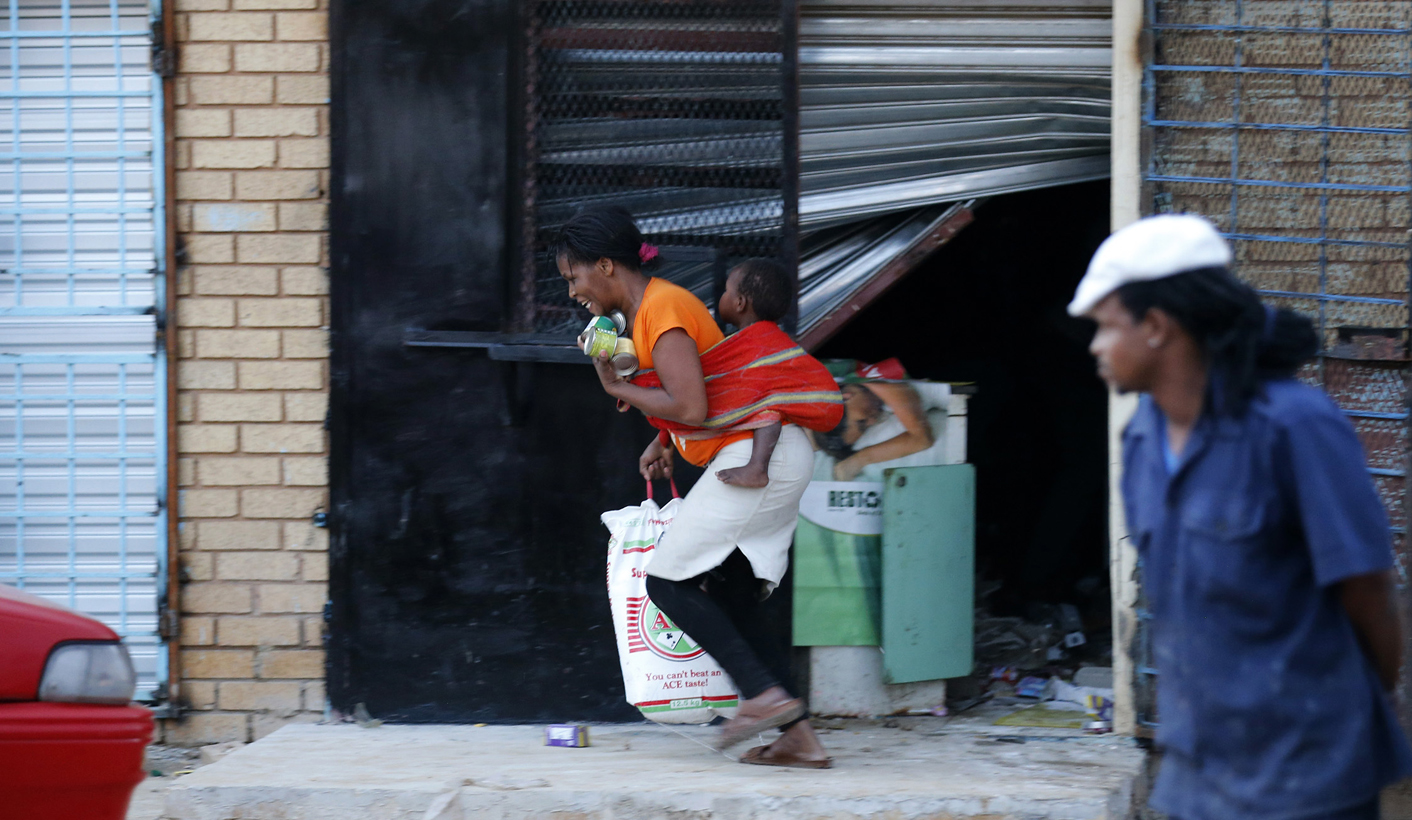 Two weeks after the looting of foreign-owned stores began in Soweto and spread to other areas, society is beset with questions. Is it xenophobia, Afrophobia, criminal opportunism? Is it due to socio-economic causes, or all of the above? As we digest the disgrace, BHEKI C. SIMELANE & GREG NICOLSON report on a civil society meeting in Soweto trying to understand and deal with the problems.

Marc Gbaffou’s words hung in the Chiawelo hall. The African Diaspora Forum leader said: In this country, killing a rhino carries a heavier sentence than killing a human being.

Gbaffou was one of the civil society leaders addressing the public meeting on attacks on foreigners in the townships on Saturday in Soweto. The looting started two weeks ago in Snake Park, Soweto, and spread across the township before intermittently flaring up in other areas, mostly in Gauteng, leaving well over 100 spaza shops looted, around 150 people arrested, and causing at least six related deaths.

“We should confront our challenges without fighting. We do not believe that South Africa has no solutions to these problems. We are calling on the president to unleash a plan of action that will lead us to a solution because we do believe that there is solution. Let’s work together to develop this country,” said Gbaffou to around 120 people gathered on Saturday.

While most political parties have condemned the attacks, the United Front (not yet a party, remember) has taken a strong position on the issue and was represented on Saturday. During a press conference last week, United Front member Ronnie Kasrils said the government didn’t want to call the attacks xenophobia because it would show too little had been done to counter the problem since the 2008 attacks. “By admitting to xenophobia, it would be admitting to continent and the world that we have in our society… this plague.”

Siyabonga Mbuqe, speaking for United Front on Saturday, made two points. “The need for unity of the working class: let’s unite under the banner of United Front,” he said, claiming it’s a mass movement building from the ground up rather than under the leadership of metalworkers union Numsa. And: “The government has failed the people of this country. Let’s refuse to be fooled by this government of capitalists. Government must come out to outline the actual cause of xenophobic outrages and ensure the efficiency of disaster management to assist the displaced.”

Democratic Left Front activist Cleopatra Shezi told foreigners, “We will protect you wherever you go and also make sure that we make those people who are fighting you understand why you are here.” A speaker from the crowd, who is Zimbabwean, suggested South Africans need to travel more. Those who have been abroad are generally more supportive of foreigners, he claimed.

Ghetto Gopane, a resident from Thembelihle, reiterated a point often made during attacks on foreigners; only those from Africa and store owners from places like Bangladesh and Pakistan are being attacked. “There are so many foreigners in Rosebank and Sandton, for example. Why are these people not being attacked if this thing is xenophobia? Instead, these people are called investors while those in the townships are attacked. I do not believe that this is xenophobia.”

Gopane claimed children need to be educated to accept their neighbours at the school level. “South Africans are not yet liberated; that’s why frustrations cannot be properly handled, often spilling into violence,” he said. “Looting a foreigner’s shop will neither get you a job nor deliver you a house… The ’76 Soweto generation fought for education. One wonders what this generation is fighting for.”

Everyone condemned xenophobia, but it’s clear the causes are tied into a number of issues. For example, Florence Maseko, a resident of Makause informal settlement in Germiston, drew the problems back to what’s happening with the rise of the Economic Freedom Fighters in her area. “The EFF is against development in Makause,” she claimed. “They call themselves fighters, but they do not really know the intention of their fight. They are currently blocking a realignment project in Makause.”

When Paul Verryn, who until recently was the bishop at Johannesburg Central Methodist Church, a haven for refugees and those attacked in 2008, spoke, he said he would put aside religion while he talked. “We are struggling with the prejudices within us. Let’s acknowledge the possible weaknesses in each of us. Let us not go and pray on Sunday and think that it has nothing to with our relations during the week… If you knew what I knew about the immigrants living in the inner city, you’d realise how fragile they are. You cannot have senior politicians having millions each year while situations like this still prevail in the country.

“We need to strike the balance between the stinking rich and the abject poor,” he added, during his condemnation of xenophobia.

The event, which lasted about three hours, had no noticeable government presence. But since the attacks, state leaders have either defined them as purely criminal or said they relate to the lack of economic development in the townships and superior business practices of foreigners. On the latter, the argument follows that through their networks and hard work, foreign-owned stores are able to provide better and cheaper services than most businesses run by locals, deprived of competitive practices during Apartheid. It then fuels resentment among locals, including local-level politicians and business groups who would prefer the foreigners leave the townships.

On Saturday, speakers helped define why foreigners might be getting attacked, adding to what’s been said over the last two weeks. However, there have been few solutions offered that might be able to address the myriad issues behind the attacks. They will only be found once the state accepts the complex reality of the causes behind xenophobia and looting, and commits to implementing them over the years to come.

Sadly, there appears to be no viable understanding or solutions on the table beyond what’s being offered by concerned civil society groups. DM

Photo: A man looks on as a women with a baby on her back runs with items from shop believed to be owned by a foreigner, in Soweto January 22, 2015. Local media reported that violence broke out on Monday after a 14-year-old South African was allegedly shot dead by a foreign shop owner. REUTERS/Siphiwe Sibeko