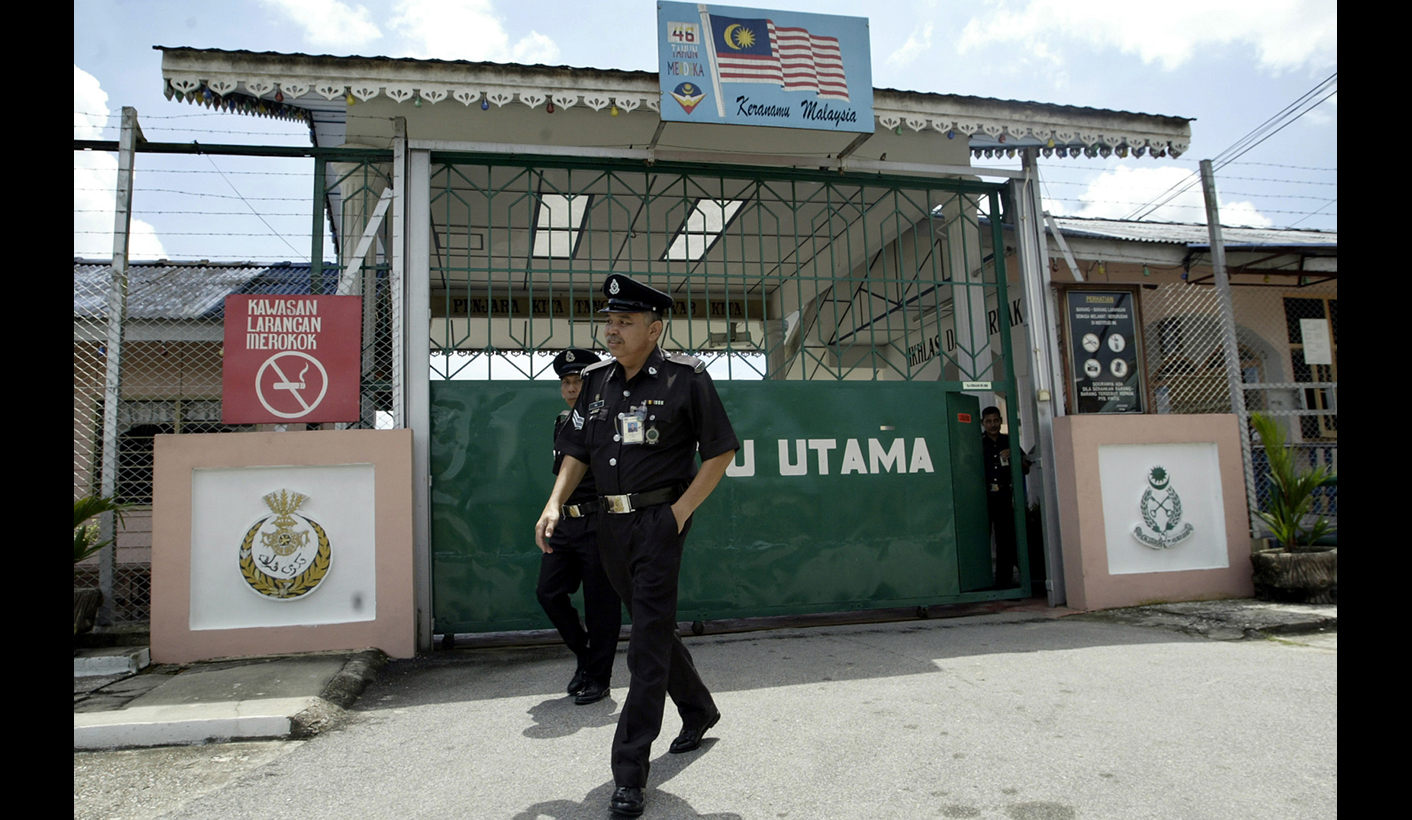 News last week that a South African drug mule had been sentenced to death in Malaysia prompted discussion – for the umpteenth time – of the South African government’s approach to South African citizens convicted of crimes in countries with draconian laws. The issue is rendered even more troubling by the growing evidence that some drug mules may actually be the victims of human trafficking. By REBECCA DAVIS.

Last week, 28-year-old Deon Cornelius became the latest South African to be convicted for smuggling methamphetamine into an Asian country with stringent drug laws – in this case, Malaysia. IOL reported that Cornelius had been sentenced to death in Kuala Lumpur, though the sentence could still be commuted to a prison term on appeal.

Department of International Relations and Co-operation (DIRCO) spokesman Nelson Kgwete was quoted as saying: “While this appeal process is before the court, the South African government cannot intervene in the matter.” Kgwete said, however, that if Cornelius’s appeal failed, DIRCO would ask the Malaysian government for clemency.

Malaysia’s International Transfer of Prisoners Act 2012 specifies that the country can enter into agreements with foreign states in order to permit prisoners to be transferred to fulfil their sentences in jails in their home country. In December, Malaysia’s Deputy Home Minister said that they calculated that there were 2,000 foreigners in Malaysian prisons who would technically be eligible to be transferred home.

There is no indication that South Africa will be among the countries signing such an agreement – because South Africa does not have a prisoner transfer agreement with any country in the world. South Africa is one of a reported three countries – together with Ghana and Nepal – which will not sign a prisoner exchange treaty with Thailand, for instance.

Mauritius – where a number of South Africans are currently imprisoned for drug smuggling – has signed treaties with countries which include Tanzania, Kenya, India, and Uganda. South Africa refuses, despite the fact that the Mauritian government has previously indicated its willingness to consider entering into such an arrangement.

Reasons given by the South African government in the past include its respect for other countries’ sovereignty and laws; its commitment to combating crime; its desire to foster accountability in South Africans travelling abroad; and the cost of transferring prisoners. (As we have previously noted, the cost argument is a strange one because the number of South Africans in foreign jails is far outstripped by the number of foreigners in South African jails. Bilateral prisoner exchange treaties could thus potentially save Correctional Services space and money.)

When a South African gets convicted of drug-smuggling abroad, public response tends to be unsympathetic: Do the crime, do the time. The picture is complicated, however, by the growing evidence that some of those caught with drugs may be the victims of human trafficking.

South African journalist Hazel Friedman released a book called Dead Cows for Piranhas last year, a riveting account of South Africa’s involvement in the international narcotics trade. The title is a reference to a nickname customs officials and drug syndicates give to “decoys who are used to divert attention from the professional mules slipping through with larger quantities of drugs”.

Friedman writes that from her extensive research, she believes that the treatment of South Africans arrested abroad is often “in flagrant violation of the Constitution” – including the right to a fair trial and the right to be tried in a language you understand.

“At the very least, repatriation of its citizens, even to correctional services at home, would contribute towards fulfilling the state’s constitutional obligations by providing an alternative for South Africans in countries that still carry the death penalty or where horrific prison conditions exist,” she writes.

Friedman argues that the case of South Africans like Thando Pendu and Babsie Nobanda, imprisoned in Bangkok for drug trafficking, should instead be viewed as instances of human trafficking.

It is common for drug mules to claim innocence: former Miss South Africa finalist Vanessa Goosen, who spent 16 years in a Thai prison, maintained that she was unwittingly duped into carrying books with heroin inside them.

The cases of the likes of Pendu and Nobanda are different, however, and Friedman was struck by the similarities between their experiences and those of other young South African women she interviewed. Naïve young women are offered a job overseas: Pendu was told she’d be driving ambulances in Bangkok; Nobanda thought she was travelling to Brazil to fetch hair chemicals to sell in South Africa. Another woman was told she would be transferring shoes from Nepal to South Africa.

Upon arrival at their destinations, the real purpose of their trip is announced to them by members of the drug syndicate, who are usually Nigerian. They are effectively imprisoned, while trained to carry the drugs. They are threatened with harm to their families, or death.

Henk Vanstaen, a Belgian man who has been visiting Pendu and Nobanda in their Bangkok prison and recording the experiences of other South African women convicted of drug smuggling in Thailand, was interviewed by The Mercury last year.

“Babsie refused [to swallow drugs], Thando said she couldn’t,” Vanstaen said. “When they have a ‘difficult’ mule the handlers ‘give them up’. They force them to carry drugs to countries such as Thailand or Vietnam where they know they will be arrested and either get death penalties or long jail terms. The handlers do that so they know the girls won’t ever get out and identify them or talk.”

In this way, such individuals become the “dead cows for piranhas” to which Friedman’s title refers.

Aside from the prisoner transfer issue, both Friedman and Vanstaen offer scathing indictments of the inadequacy of the support offered to South Africans arrested abroad by the relevant consular officials.

“You would expect empathy from your government for these women, but there is nothing,” Vanstaen said.

Friedman describes the outrage of a source with knowledge of the conditions for South Africans imprisoned in Thai jails, at “what he perceived to be the failure of the South African Embassy to fulfil even the most rudimentary of diplomatic services, such as attending the trials of arrested South Africans, informing their families of their convictions or facilitating their access to educational material”.

DIRCO’s website has a list warning South Africans detained abroad about the services consular officers are not allowed to render, including giving legal advice or making recommendations for a specific lawyer.

“The South African Government slavishly adheres to [international] treaties when it comes to non-interference in the judicial processes of sovereign states, but chooses to ignore them when it comes to providing basic support to its citizens incarcerated overseas,” Friedman charges. She points out that under the 1963 Vienna Convention on Consular Relations, to which South Africa is a signatory, “consuls are empowered to arrange for their nationals’ legal representation”.

Few facts are in the public domain about the circumstances of Deon Cornelius’s conviction, but if the experience of other South Africans is anything to go by, his family may not be able to rely on the government fighting in his corner particularly hard. After Janice Linden was executed in China in 2011 for smuggling tik, her nephew Ntando Mthalane condemned DIRCO’s inaction. “What did they really do in terms of helping her?” he asked. “It feels like they just did whatever they did for the sake of doing it.”

At the time, DIRCO spokesperson Clayson Monyela said that the government’s hands were tied, pointing out that South Africa and China did not have a prisoner transfer agreement.

“For those guilty of wittingly smuggling drugs, [a prisoner transfer treaty] would not signify condonement. It would simply constitute a humanitarian gesture by our government, whose leaders and cadres had been oppressed, criminalised, imprisoned and exiled for decades themselves. […] For drug mules, a prisoner transfer treaty would offer the possibility of a second chance. For genuine victims of human trafficking, such an agreement would provide them with, if not some form of restitution, then at least the sense that South African had not abandoned them to decades behind bars for a crime they insisted they had no intent to commit.” DM