Crisis in the Central African Republic: Lest we forget 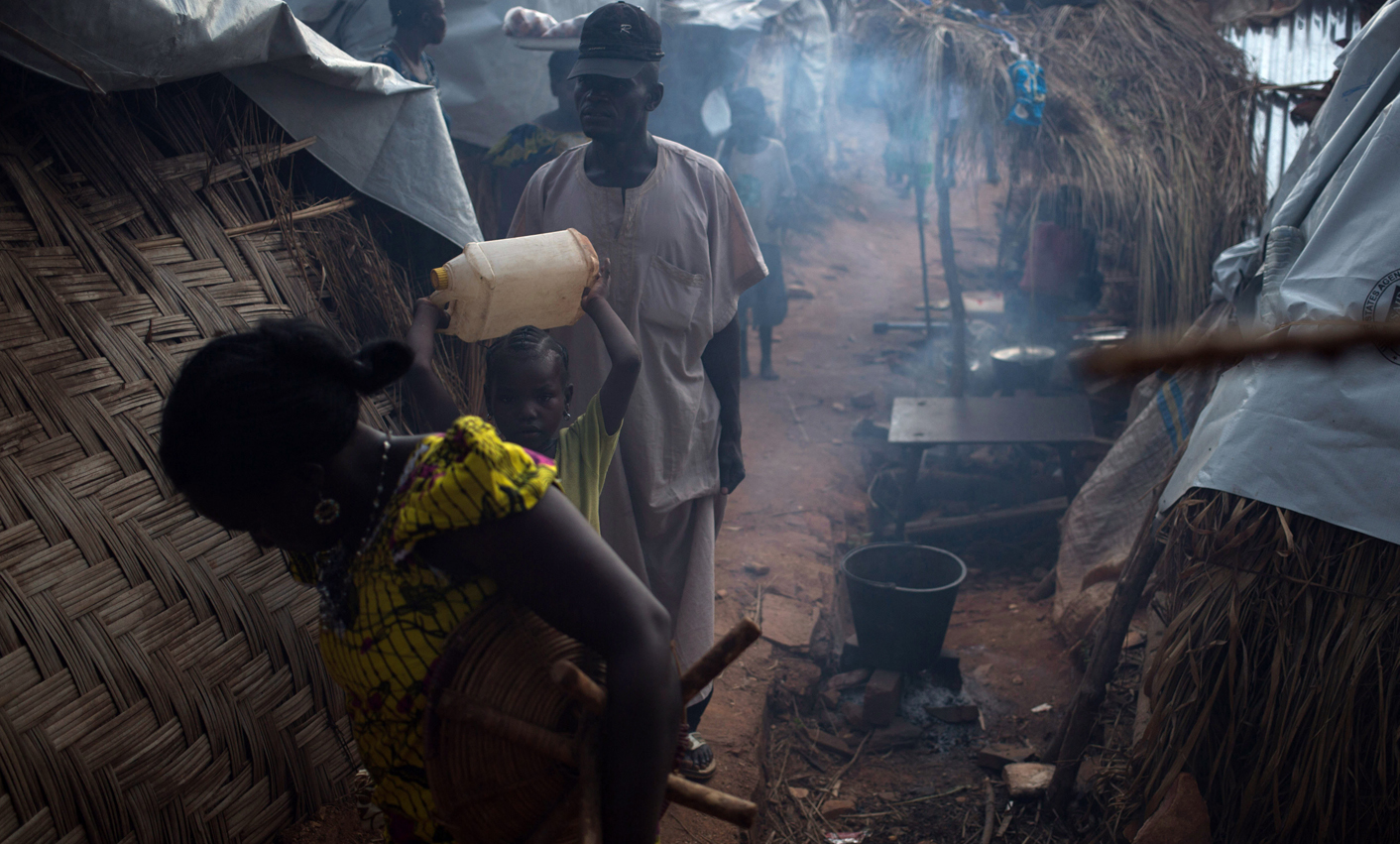 The headlines may have moved on from the fighting in the Central African Republic, but the country itself hasn’t. Far from it. SIMON ALLISON examines the struggle to keep the world interested in a drawn-out crisis that isn’t getting better any time soon.

Over the past two years or so, Peter Bouckaert – along with his colleague, photographer Marcus Bleasdale – has spent more time than is healthy in the Central African Republic. By his own account, it was physically and emotionally draining, as extended periods in conflict zones always are. But what made it even worse is that few seemed to notice.

“The most difficult challenge we face in the Central African Republic is not the daily hardship of working in a war-ravaged country. We are used to the rough roads and camping wild, scraping together a meal when we need it. The horrific violence and suffering we see every day is soul-destroying, but even that isn’t the hardest part of the job. The most difficult thing is trying to get the world to care about what is happening in a place they have never heard of, and to mobilise them to act to stop the killings,” writes Bouckaert.

His observation comes somewhere in the middle of his recently published narrative of his time in the war-torn country, a stunning, heartbreaking piece of eyewitness journalism that is certainly the most comprehensive account of the conflict to date.

The Unravelling: Journey Through the Central African Republic, published by Human Rights Watch, is a multimedia feature combining text, photographs and video, in the style of the New York Times’ pioneering feature Snow Fall, and the Daily Maverick’s own Coughing up for Gold. It explains the roots of the conflict and the current status quo, largely through the lens of the people caught up in it: the fighters and their victims, the peacekeepers and the refugees. If there’s one thing you read this week, make it this.

Outside of the Central African Republic, there’s a general consensus that things have stabilised. That with an interim administration in place, and reports of fighting few and far between, that the country has put the worst behind it. That no news is good news.

As it so often is, the general consensus is wrong. So is the proverb. No news is just that: no news. And that’s a huge part of the problem. With little reliable information emerging from the country – and almost nothing from outside the capital Bangui – it’s easy to forget the lynchings, the child soldiers, the rapes, and the casual destruction of property that still characterise day-to-day life in a country where no functioning government of any kind exists.

It’s easy to forget the hundreds of thousands of Muslims who have been forced out of their homes, many of whom are unwanted refugees trapped in camps in neighbouring Cameroon. It’s easy to forget the people that walk in every day to Doctors Without Borders hospitals needing attention for wounds from bullets or machetes, and even easier to forget the ones that don’t make it that far, or the ones dying slowly of thirst and hunger and injuries sustained while living in the bush or running for their lives.

The war in the CAR is far from over. The news, however, has moved on (not that the CAR ever received much real attention. From South Africa, for instance, which lost 14 soldiers in the first outbreak of fighting, only two contributions stand out: Kristen van Schie’s multipart series from Bangui for the Star, and Kevin Bloom and Richard Poplak’s reports for Daily Maverick).

This is where Bouckaert comes in. He won’t let us forget.

He’s not a journalist, not technically at least. He’s a researcher for Human Rights Watch, the global advocacy group, and his job is to monitor and publicise human rights abuses. But his mission, in this specific instance, mirrors that of a journalist: to find information, to uncover truths that others are neglecting, to inform.

The boundaries between journalism and NGOs are not nearly as strict as they once were. Addressing a conference in South Africa in June, outgoing Guardian editor Alan Rusbridger told his audience that NGOs were already playing an increasingly important role in funding and facilitating investigative journalism at his paper, and that this relationship would only get closer as financial restrictions on media houses bite harder.

NGOs, for their part, place a premium on media coverage as a tool for advocacy. Issues generally get far more mileage out of a newspaper article than an official statement. By modelling this CAR feature on innovative journalism, Human Rights Watch have simply cut out the middleman. They are also in a position to do it better. With a budget behind him, and time, Bouckaert could do the job properly.

There are obvious dangers inherent in this trend. Agenda-driven news is by definition not impartial, no matter how noble that agenda may be, and one of the great challenges of journalism in the 21st century will be to navigate this ethical maze effectively.

For now, though, we can just be grateful that someone is putting time and money into covering places where the rest of us can’t afford – or don’t care enough about – to go. The CAR has not been forgotten. DM