Op-Ed: Tuning into the sounds of status 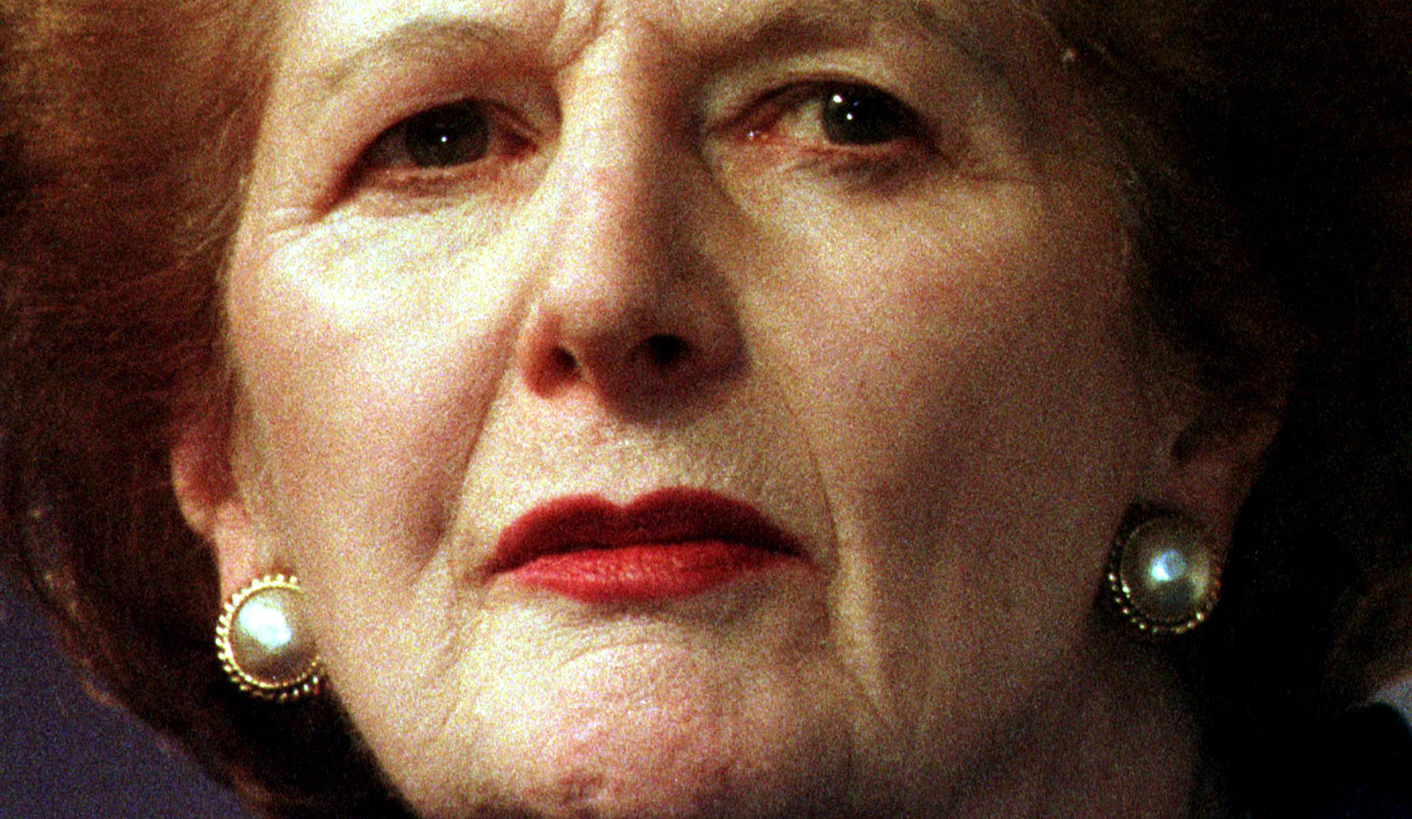 It’s a long-accepted notion that the way we sound affects the way we are perceived. Recently, researchers have actually confirmed this to be the case. In South Africa, where language diversity is a reality amongst our many cultures, the issue of linguistic hegemony means that who speaks what language best – and what it means to do so – is fraught with challenges. How we navigate issues of power and status in our country depends largely on preconceived ideas about what we’re meant to sound like. By KALIM RAJAB.

Only Blackadder could find the Black Death funny. In a classic scene from the first season, the Plague has swept through the kingdom, unsparing to king and peasant alike. In the castle, with the king indisposed from it (“he’s feeling a little under the weather this morning”) his eldest son, the virtuous Prince Harry, presides over a meeting of the Lords Council as they seek to restore order to the land.

“My lords of the council,” he proclaims in a loud, authoritative and reassuring voice, “we face today the gravest crisis this country has known since the Roman invasion.”

Everyone in the room nods solemnly in assent and waits for him to continue. At that moment, a messenger bursts in with grave news. “Your Highness, the king has stirred and bids for you.” Harry gulps and rises, and all rise with him, aware that the king must be facing imminent death.

“Very well gentlemen, I must leave you. Prince Edmund is in charge.”

Prince Edmund (played by Rowan Atkinson as a miserable pipsqueak wretch), hovers uneasily in the corner. The second, and illegitimate son of the king, he shouldn’t even be in the room; and all know it. Still, he’s now in charge – and determined to make the most of it.

Summoning all his caricature bravado, he steps forth.

Edmund (in an attempt at a loud and authoritative voice which predictably falls flat and comes out as a squawk):  “Ahm, right, gentlemen. As you know, we face today the gravest crisis this country has known since the Roman invasion.”

Edmund hasn’t been expecting this. Weakly, he attempts a compromise. “Well, the gravest crisis for some time then?” – which takes the council  off in yet another hilarious direction. In a flash, he’s lost all control even before he’s begun – and since this is a Blackadder skit after all, things can only get worse from here on in.

Aside from the comedy of it all, the scene underscores a more serious aphorism – that in life, it’s not only what you say, but how you say it.

The aphorism may have been understood for countless years, but until recently there hadn’t been much empirical evidence to support it. Now, however, comes newly published research from the San Diego State and Columbia Universities in the journal of the Association for Psychological Science which attempts to do just that.

The universities looked at how subtle voice variances can alter listeners’ perceptions of how much authority a speaker has. In a series of experiments, they recorded college students reading the same passage aloud  after each had individually –and secretly – been briefed about a mock negotiation they were about to enter. Those who had been briefed about the irrevocable strength of their bargaining position, the level of valuable insider information they had and their relative high status in the workplace (dubbed the ‘high-power’ group), tended to be higher and be less variable in their pitch and exhibit greater loudness and voice projection than their ‘low-power’ counterparts who had been briefed that their negotiating position and power status was poor.

The recordings of all these students were then played to a second group of listeners, who ranked them according to their perceptions of who was likely to have power in the negotiation and who not. With considerable accuracy, the listeners were able to rank the students into high-power or low-power rank.

The researchers concluded that being in a position of power can fundamentally alter the way people speak, altering basic acoustic properties of the voice. Perhaps more importantly, other people are also able to pick up on these verbal cues to know who’s really in charge. This suggests that whereas many tend to focus on words and content when they want to come across as powerful, from a perception point of view it’s actually the basic acoustic cues we give off which are of equal, if not greater, importance. It’s an interesting finding, and one with important ramifications for understanding human interactions and negotiations in all walks of life.

Such non-language related properties of speech have been studied before, but the researchers were inspired by the actions of the late British Premier Margaret Thatcher, who after extensive voice coaching in the 1980s, successfully managed to alter her voice pitch and loudness to project a more authoritative demeanour. Her actions certainly worked – not only has posterity come to remember her as The Iron Lady, but recollections of her strength and resilience tend to focus on the period after she had ‘turned to stern’, as it were. This despite the fact that the content of what she was saying actually hadn’t undergone much alteration before and after her voice change. Thatcher’s experience provides a case study for how the sound of status is an important determinant of authority.

Do the findings have any special significance for us South Africans? Still haunted as we are by the twin ghosts of colonialism and racism, the ‘sound of status’ has another important dimension in our context – that of the skilful use of English. In the makeup of our society, it’s still the ‘sound of English’ which confers ‘status’ for us. For our social setup in the main still rewards ‘good talk’, to paraphrase the South African-born Simon Kuper, writing in the Financial Times in another context. Kuper’s comments, originally about Britain, observed how British eloquence often masks ignorance of subjects – but how Englishmen are often able to glibly get away with it because, in an English-speaking globalised world, you’re at an immediate advantage if you can speak English well, and with confidence. “The British ruling classes know that all you need to succeed is to speak well, and that’s what [they] do: they speak [English] well.”

Kuper uses the Oxbridge model (which still continues to provide the bulk of the British establishment) which he argues continues to be structured in such a way as to produce people with the ability to talk without knowledge. It matters not if there are gaps in your knowledge in different subject matter, because if you’re part of the Establishment you’ve been taught “to talk your way around those gaps.” Think Tony Blair here.

But where Kuper wrote of Britain, the link can equally be made to the South Africa context, which also continues to be organised along the invisible dividing line of ‘proper English talk’. President Zuma first brought it to the public consciousness last year when he pejoratively referred to “clever blacks” and defined them as those who “speak well… and have dogs as pets”.  Even allowing for what was clearly an election-campaign stunt aimed at embellishing his rank-and-file status, his words should still make us pause and sit up.  At a time where South Africans still poke fun of non-English-speakers’ accents and poor pronunciation, and those who speak English well are immediately (if privately) seen as more intelligent than those who don’t, the cultural commentator Eusebius McKaiser has noted how white (English-speaking) South Africa continues to set the cultural agenda for our society which other racial groups subconsciously follow. (Or, as he puts it, it’s the former group who are “in the numerical minority, but the cultural majority”) Using the Association for Psychological Science research conclusions, one could argue that it’s this numerical minority who occupy the high-power voices in our society – and that all other groups tacitly submit to it.

As we move beyond the 20th year of democracy and transformation, it’s becoming increasingly clear that the concepts of power and authority in our society have several dimensions to them. Political power is vital, and so too is economic; but social and cultural power, often through the proxy of fluency in English – is high up there as well.  It’s an important consideration in our ultimate goal of being a truly transformed and socially mobile society. DM