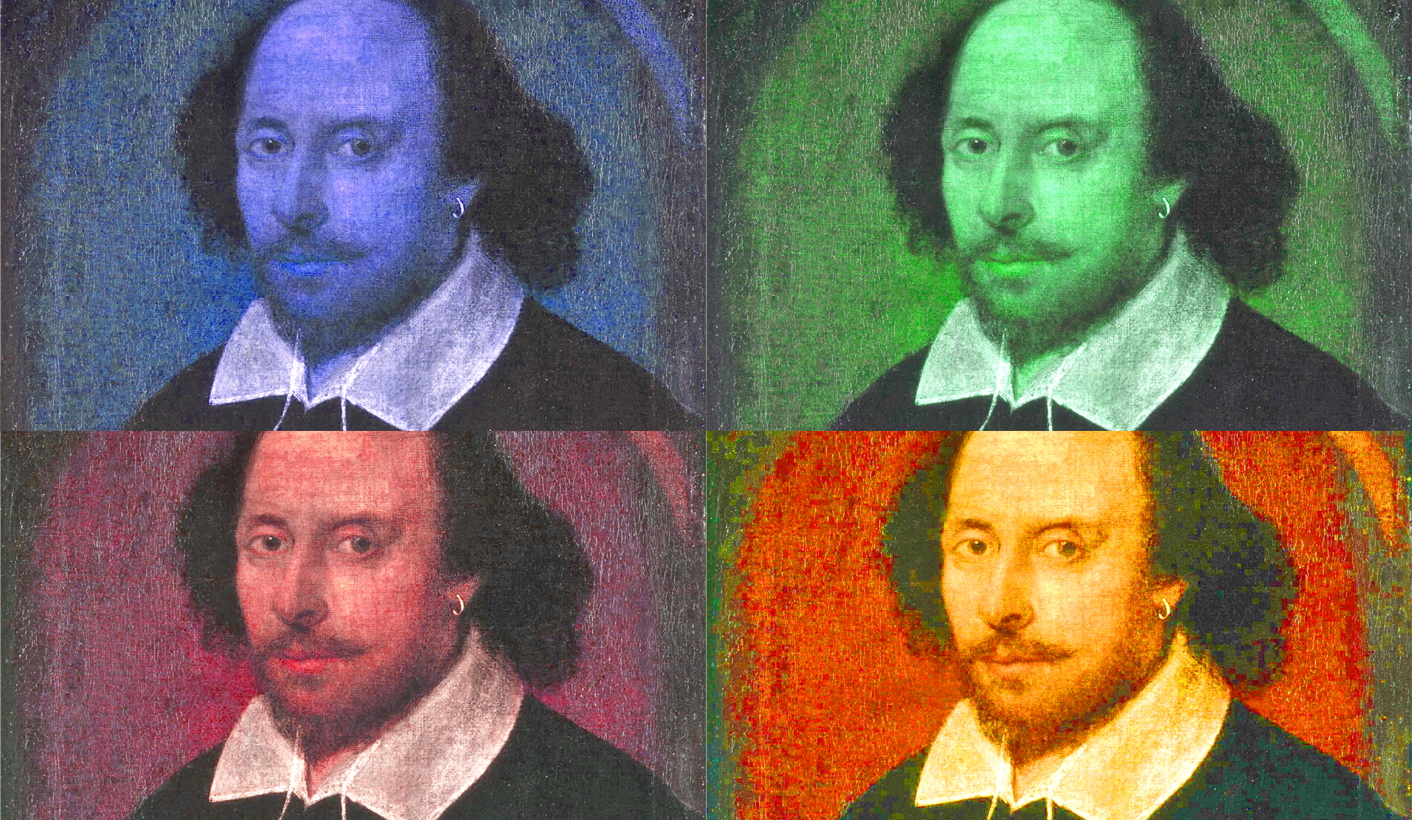 For almost sixty years Capetonians have supported the annual summer production of Shakespeare at the open-air theatre in Maynardville. Each year things get um, rather Shakespearean, with charges of racism, sexism, misogyny and nepotism, as well as complaints about funding and the selection of work. However, cutbacks have resulted in this year’s production being determined by the school setwork, “The Tragedy of Othello”. Quo vadis this institutionalised manifestation of Shakespeare in Cape Town? By MARIANNE THAMM.

It began sometime last week with a round-robin email by one of the city’s veteran performers Graham Weir to fellow theatre practitioners, theatre critics, directors and the board of the state-funded Artscape inquiring as to how the decision to stage Othello for the 2014/15 Maynardville open air-theatre Shakespeare season came to pass.

Because the production involves public funding, Weir enquired, among other issues, as to how productions are chosen, who selected the directors and whether auditions or castings took place.

Capetonians have supported the annual staging in Wynberg Park for around sixty years  – not without regular controversy – but the event, which has become an “institution” on the city’s summer theatre calendar, is now under threat as The Maynardville Trust, established in the 1990s to ensure the event’s future has all but been abandoned.

And so it was that Abrahamse and Meyer Productions (or AM Productions), a theatre company established by veteran theatre producer and director Fred Abrahamse and his partner, Marcel Meyer, in 2006 were contracted by Artscape in October to stage this year’s Maynardville offering.

AM Productions, surprisingly considering the current bleak theatre landscape in South Africa, has successfully produced and mounted at least a dozen stagings since then, including several Shakespeares, Tennessee Williams, two original musicals as well as various other works.

Be that as it may, Weir wanted to (rightly) know how AM Productions had come to land the Maynardville gig, how it was that Meyer was cast in the chunky role of Iago, how AM were also selected as the costume and set designers, whether Abrahamse and Meyer collected “multiple salaries”, whether they had invested any of their own funds in the production and also if they would receive a percentage of income from sales.

“As this production is jointly funded by Artscape, the Department of Arts and Culture and the Lotto – i.e. with public funds – we are entitled to some answers for clarity,” wrote Weir.

And clarity was soon offered by Artscape’s Director of Audience Development and Education, Marlene Le Roux, who responded that Artscape “is mandated by the National Government to manage and promote artistic work on the Artscape stages within its buildings. There is no current mandate, beyond rural outreach, that allows Artscape to present work in other venues unless further independent funding is secured.”

The annual Shakespeare at Maynardville, she pointed out “is an extremely expensive exercise” and is currently managed out of income generated from Artscape’s other business activities.

Essentially, then, with no sponsorship for Maynardville forthcoming, Artscape could not fund a separate production over and above its annual production of Shakespeare school setworks, usually performed later in the year and partially funded by the Department of Education.

And so the Shakespeare schools festival and the annual Maynardville were collapsed into one production. On Facebook via veteran actress Diane Wilson, director Roy Sargeant, a former Maynardville regular, filled in a few gaps.

Sargeant explained that because the trust had been effectively abandoned and no longer met and because of the recent attrition of experienced Artscape staff, including himself, producer Brian Heydenrych, as well as CEO, Michael Maas, management had suddenly found itself having to make a decision about Maynardville.

AM Productions had already approached Artscape earlier and had secured an agreement to produce Othello for the theatre’s schools programme, due to take place later in 2015.

“With me gone, Brian gone, Artscape management found itself with no one with any knowledge of how to go about producing Maynardville and certainly with no knowledge of the texts of the plays and the unique problems each play presents creatively to producers/directors/designers/actors. Producing Maynardville is a complex exercise. During October, Artscape management sensibly asked Brian to return freelance and to produce the 2015 Maynardville production. Good news. As I understand it, bad news, he was handed the AM Othello fait accompli, viz. Fred Abrahamse to direct (and light?), Marcel Meyer to play Iago and design costumes and set.”

Sargeant went on to opine, “Othello is really not the most attractive play in the canon for the general public and has never worked well at Maynardville (including my own 1982 production with a drunken late Robert Stephens, later still Sir Robert and, earlier, father of Toby Stephens).”

(We take it Stephens must have donned “blackface” in this production, but we’ll leave that one right there.)

Le Roux signed off her communication to Weir assuring him that “Artscape has continued to support Maynardville due to the belief that it is an extremely important tradition; to the cultural landscape of Cape Town, the arts industry and those working as creative practitioners and also to the schools and school learners who engage with Shakespeare in their curriculum”.

And here endeth act one of the annual Shakespeare controversy in Cape Town. The second act, however, is a much more interesting one and speaks to the very heart of Shakespeare and how his works should be presented in the 21st Century.

The audiences who have attended the annual Maynardville Shakespeare – which Chris Thurman, Associate Professor at University of the Witwatersrand, has questioned as a possibly “bourgeois indulgence, in light of the manifest evidence of socio-economic problems in our country” – have expected something safe and relatively middlebrow.

For several years now, innovative director, Guy de Lancey, has been circling the verdant Maynardville encampment prodding and provoking the “institution” for its lack of artistic vision and its myopic view of Shakespeare.

De Lancey responded to Weir’s public questions to Artscape with a valid criticism of how we, as South Africans, should go about engaging with Shakespeare in the 21st Century and how we should provide a platform for alternative visions and voices.

Celebrated Belgian author, poet and playwright, Tom Lanoye, who has adapted and translated Shakespeare for Flemish, Dutch, French, German and other European audiences, is of the opinion that the Anglo Saxon approach to Shakespeare tends to be conservative and traditional.

“Shakespeare’s work is regarded as a monument and any diversion as a graffiti tag on the edifice,” said Lanoye, speaking to the Daily Maverick in Cape Town.

Instead of using Shakespeare as a sort of “cultural, nationalistic monument”, said Lanoye, theatre makers should explore what the work brings to the contemporary world in terms of its “political, psychological and philosophical content”.

“So in the end, it all depends on what you expect from theatre. Do you expect art? Theatre is all about staging and not a literary repetition of what you once saw going to the Royal Shakespeare Company with your mom and dad. That is just reenacting. You can just reenact the battle of Waterloo and feel connected to that. But that is theme park theatre, it is Walt Disney for adults,” said Lanoye.

These are sentiments with which De Lancey agrees. His version of King Lear – This Time It Hurts, staged with The Mechanicals Repertory Company in the minute Intimate Theatre in 2012, was groundbreaking for its stark brutality, theatricality and artistic innovation. But despite a sold-out run, the production was not picked up by any larger mainstream theatre. So too his 2011 darkly comic interpretation A Midsummer Night’s Dream.

De Lancey has consistently argued for a much deeper and less populist and commercial approach to Shakespeare if the playwright’s work is to have any meaning or impact, particularly for younger audiences in a modern world. And he doesn’t just mean dressing up the text in Game Of Thrones-themed costumes or setting it in 1930s Italy.

“There have been countless discussions over the years, by intelligent, caring, critical, integrally creative, proactive people, after each production, about the consistency in feel, the sameness of the interpretive engagement with the material, the blandness or shallowness of the performance style, the narrowness of the casting strategy and the unimaginative aesthetic engagement and it’s lack of diegetic synergy with the text. And time and again, the explanatory reply has been around the constraints of time, budgetary constraints, the constraints of bureaucracy, or any other peripheral material cause that serves to outline why things end up being the way they are for each production”.

However, it is the philosophical “entry point” into Shakespeare, the most important one, that is seldom broached or entertained artistically.

“And it is this that has compromised the development and progress of Maynardville as an exciting, progressive venue of Shakespeare exploration as contemporary performance, rather than a collection of received ideas around the staging of Shakespeare, that go unchallenged year after year, except in private conversations and thankfully prestigious academic and international theatre publications around Shakespeare and performance.”

Shakespeare, says De Lancey, is not only populist.

“It is denser and more exciting than that. And more thoroughly engaging and layered.”

And The Maynardville Trust, he adds, while it might have been well-meaning, was really “representative of the interests of post-colonial Shakespeare engagement”.

“The budget is the budget, the constraints are the constraints, but the creative and philosophical pool of talent that could make the event remarkable and competitive on an international level, has been rarified and narrowed, and any eco-system that does not engage with difference, variation, challenge, stagnates.”

The time has come, said De Lancey, to “recalibrate” Shakespeare in South Africa and to deliver plays of an international standard.

“One has the option to either live IN Africa on ON Africa. Maynardville caters to an audience that prefers to live ON Africa,” said De Lancey, adding: “Shakespeare is and should be ‘dangerous’ and exploratory to make it alive for schoolgoing audiences.”

Lanoye is of the view that Shakespeare, particularly in former colonial states like South Africa, is more about “people enacting that they are sitting in London watching part of a culture they think is still very important but that has, in my opinion, very little to do with Shakespeare.”

Lanoye controversially jests that English speakers should be forbidden from reading or performing Shakespeare for 50 years.

“Can you imagine what it would be like to discover a writer like Shakespeare then, to find out how to play it without the baggage and the burden of You Tube or how a number of great actors like Richard Burton or Ian McKellan have performed it? It becomes more and more suffocating. This tradition that creates great actors also creates a terrible burden so that liberty of staging is less and less possible.”

So, perhaps then, there might be an upside to the woes facing Maynardville and its little Bardfest. Not so much a scorched earth, ground-zero policy but a real opportunity to turn away from the dim lights of habit and impulse and discover a Shakespeare still able to speak, through the ages. DM