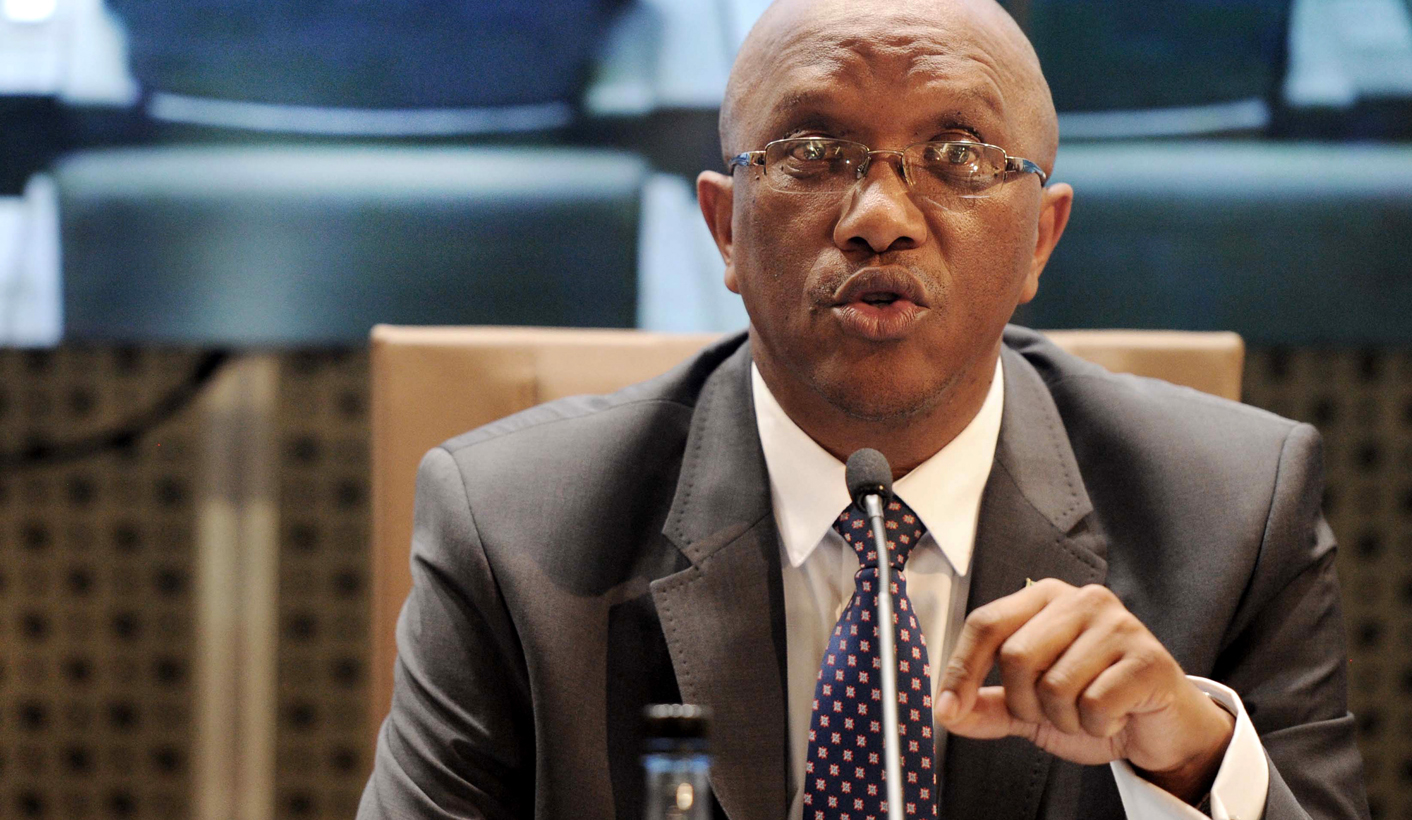 The latest Auditor-General results are out on the audits of national and provincial governments, and public entities. There’s good news and bad: an improvement in general terms, but also a worrying increase in unauthorised and irregular expenditure. The government departments that the country most relies on to deliver basic services incurred the most problematic audits. There’s also the fact that more than half of the bodies to be audited submitted annual performance results with “material misstatements”. By REBECCA DAVIS.

The Auditor-General tends to stay out of political disputes. Their work is undertaken, for the most part, quietly. When a journalist asked Kimi Makwetu at a press conference on Wednesday what the point was of the Auditor-General’s office if they couldn’t flag and prevent a Nkandla situation, Makwetu wouldn’t be drawn into any headline-grabbing statements.

About Nkandla, all he would say was that his office had not had the necessary information. “It’s not that we missed it,” he said.

“You will find on our reports in [departments like Public Works] during those periods, a very clear statement that we could not express an opinion [at] that financial stage, because we don’t have access to all the information,” he said.

“When an audit does not have access to certain documents and environments…the only conclusion we can reach is to say that there is a limitation on scope.”

This is one reason why the A-G’s reports make for dry reading: they present the figures, but there’s little evidence that their findings lead to real-world consequences for financial malfeasance.

Let’s start with the bad news, and end with the good.

Here are the numbers we’re dealing with. A total of 469 departments and public entities. A government budget of R1 trillion.

The bad news is that unauthorised and irregular spending is on the increase. Over the 2013/2014 period, R62,7 billion worth of irregular expenditure was incurred, and unauthorised expenditure totalled R2,6 billion – up from R2,3 billion last year.

Unauthorised expenditure occurs when there is no associated budget for the money spent, Makwetu explained, or the budget has been exceeded. Irregular expenditure happens when, for instance, the right supply-chain process hasn’t been followed.

Makwetu gave the example of an official who is supposed to buy a truck for R1 million and goes out and buys an SLK instead.

“You bought an asset for R1 million but the manner in which you went about it was not transparent,” he said.

It’s not that the money was not approved to be spent – it just wasn’t spent in the manner authorised. In such situations, Makwetu said, it’s also possible that the relevant department or public entity paid a lot more than the asset was worth, because sometimes “you got it from someone close to you who might have charged you a lot more”.

With situations where money has been budgeted for schools or hospitals, he explained, the A-G’s office will “often go to an inspection to see if there is a school there”.

And the bad news is that the worst government offenders, in terms of audits, are the departments arguably in charge of the most essential public services: health, education, human settlements and public works. Those departments have “largely failed the audit test”, Makwetu said.

The A-G is required to present its findings to Parliament, and Parliament’s representative on Wednesday was House Chairperson Cedric Frolick.

Frolick said it was clear that the most problematic audit areas were those responsible for delivering key public services.

“Unless officials face the consequences of wastage, they will continually repeat the same action,” Frolick said. “It’s a symptom that will ultimately destroy the fibre of certain departments but also the social fibre of our country.”

R16,9 billion of the irregular expenditure was incurred by departments in the sectors of health, education and public works.

In the case of the Department of Public Works, for instance, the A-G’s report notes that the department “did not take effective and appropriate disciplinary steps against officials who made or permitted irregular expenditure”.

The Department of Basic Education “submitted financial statements for auditing that contained material misstatements”, in the areas of “irregular expenditure, immovable tangible capital assets, employee benefits and goods and services”.

Among other failings, the Department of Health did not prepare “a strategic plan covering the financial year under review”.

What is to be done? Makwetu made it clear that it is not the A-G’s role to target particular officials for sanction. His office can “point out weaknesses in the financial system” and draw them to the attention of “those charged with oversight”.

Frolick suggested that the relevant officials needed to be named and shamed. If not, he said, they tended to “disappear and surface later in another department”.

Makwetu conceded that if it is perceived that financial misconduct is followed by no consequences, it would continue to happen. “If there’s a prescription and you’ve got a R500 million budget…and you continue to spend almost 90% [of it] without following any of those prescriptions, and after I’ve done it nothing happens – I might as well carry on doing it the way I did,” he said.

Another concerning issue is the R386 million spent by auditees on consultants to ready themselves for audit. These departments and public entities all have finance departments, pointed out Makwetu: in many cases, fully staffed. But there is no rule specifying that government departments must produce financial statements every month. As a result, at the end of the year, when financial statements are due for the audit, “they are now running around trying to find help”.

Why? Because “there are accountants [in these departments] who cannot produce financial statements because they do not know how to,” Makwetu said. That’s why they have to call in external service providers to do the work.

Let’s move to the positive stuff.

More government departments and public entities received a cleaner audit than last year: 25%, up from 22% last year. The A-G has recognised “steady improvement in the overall audit outcomes”. The quality of performance reports, the office said, is “improving every year”.

Some 40 provincial and government departments and 79 public entities have “control environments characterised by strong leadership control”.

But perhaps the most important recommendation: “Hold people accountable for poor performance and transgressions,” the A-G’s office says. “This will demonstrate that such behaviour is not tolerated and will encourage responsible, accountable and transparent administration.” DM