The killing of Anni: State case a ‘cesspit of contradictions’, says defence 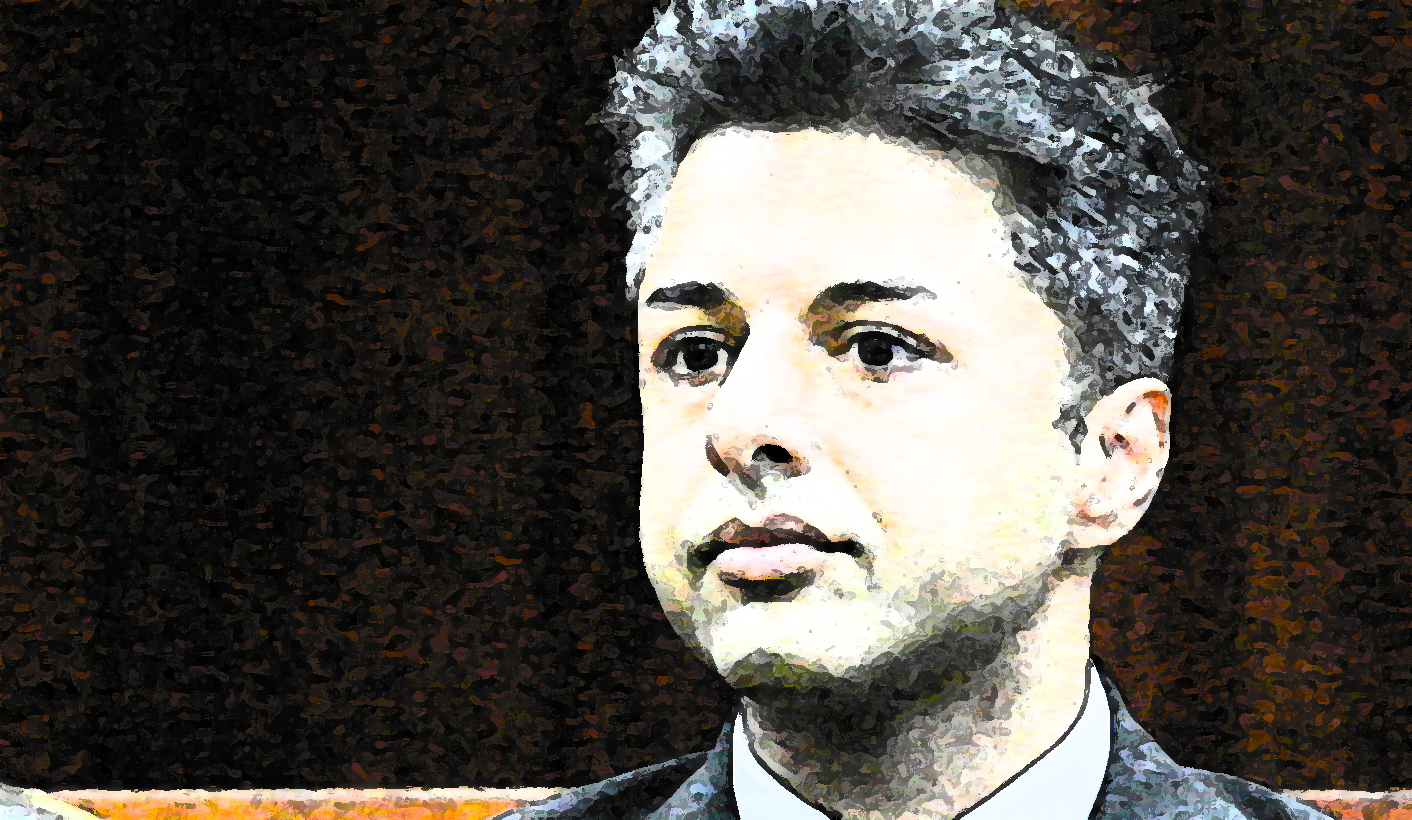 While murder accused Shrien Dewani might have optimistically packed his bags over the weekend in anticipation that an application for the dismissal of charges that he conspired to kill his wife Anni would be granted, it is far from clear that this will be the outcome. Today, the state will argue that there is enough evidence for the trial to continue. By MARIANNE THAMM.

A few weeks after the murder trial of Bristol businessman Shrien Dewani had kicked off in the Cape High Court in October, the intense interest by the mostly British media who had dispatched editorial big hitters to Cape Town, began to taper off. Gone was the scrum of cameramen and women outside the court building. So too the initial crush of journalists hoping to get a prime spot on the media benches.

Many of the correspondents sent to South Africa to initially cover the trial disappeared, sucked into a black hole that deposited them in Pretoria for the sentencing of Oscar Pistorius. The Pistorius case attracted more eyeballs than Dewani and in these days of flimsy media budgets, some outlets opted to withdraw expensive crews.

And so it was left to mostly local hacks to sit out the following seven weeks of testimony by 16 witnesses called by the state. But yesterday saw renewed activity around the Cape High Court as international journalists reappeared to report on Dewani’s soon-to-be-known fate. Reports in some UK papers at the weekend revealed that an optimistic Dewani had been seen packing up his room at the Valkenberg Psychiatric Hospital in Observatory, which has been his home for the duration of the trial.

“The decision is mine and mine alone,” she categorically replied.

Some of the hype and anticipation of the morning was somewhat dampened as the afternoon dragged on and Van Zyl waded through his 127-page Heads of Argument in terms of Section 174 of the Criminal Procedure Act as to why the five charges – conspiracy to commit kidnapping and robbery with aggravating circumstance, kidnapping, robbery with aggravating circumstances, murder and obstructing the administration of justice – should be dismissed.

There were no surprises. Everyone and anyone who has been paying close attention to the details of this baffling and shocking murder has endlessly picked over all the various issues and questions Van Zyl highlighted in court yesterday.

Van Zyl began by arguing that it was crucial for the state’s case to prove that Dewani had entered into “the alleged conspiracy agreement with Tongo. Failing such proof, the accused cannot be convicted on any of the first four counts against him and accordingly also not on the fifth count.”

To establish this conspiracy, said Van Zyl, the state had relied largely on the evidence of Tongo – currently serving a 25 year jail sentence – who was a single as well as an accomplice witness. Evidence presented by hotel receptionist and “fixer” Monde Mbolombo, as well as one of the hijackers, Mziwamdoda Qwabe – also serving 25 years – was used to corroborate Tongo’s version.

Tongo’s evidence was of such “poor quality”, said Van Zyl, that it could not be relied upon. So too the evidence of Mbolombo and Qwabe which, he argued, contradicted Tongo’s on material points, including what the alleged agreement actually entailed. At some point Van Zyl described the evidence of these witnesses as a “cesspit of contradictions”.

He suggested that CCTV footage that had captured Dewani’s meeting with Tongo in the parking lot of the Cape Grace Hotel on Friday, 12 November 2010 as well as further footage of Dewani being picked up and dropped off later by Tongo the following Saturday morning, clips of Dewani and Anni being picked up on the Saturday evening of the murder, footage of Dewani’s conversation with Tongo on the terrace on the Sunday morning after the “incident” as well as of Dewani paying Tongo R1,000 two days later, on Tuesday 16 November, offered no corroboration for Tongo’s version of events.

“None of these events are in issue – it is what was said during those events that are, and for that that there is only the version of Tongo,” said Van Zyl.

He added that similarly, the mere fact that there had been telephone communication between Dewani and Tongo, as well as between Tongo, Mbolombo and Qwabe, could not, in and of itself, corroborate what was said during those calls.

“ It merely confirms that there was communication between the parties concerned,” said Van Zyl.

Tongo’s version of how the “conspiracy agreement” between Dewani, Tongo, Mbolombo, Qwabe and another assassin, the late Xolile Mngeni, had come about was “highly improbable”.

That Dewani would have requested Tongo, 30 minutes after first meeting him at Cape Town International Airport, to find someone to kill his “business partner” was improbable. What was also improbable was that Tongo, “who had never been involved in any criminal activity, would virtually immediately agree to contact his friend to obtain the services of a hit man. Even accepting that he was offered R5,000 at that stage (in cross-examination he was uncertain whether the R5,000 was offered on Friday night or Saturday morning) – he earned between R30,000 and R40,000 per month in a good month.”

The implausibility of this version went further, said Van Zyl, as Tongo then approached Mbolombo, “who is also not someone who is involved in any criminal activity”, to enquire whether Mbolombo could assist in procuring the services of a hit man.

“Mbolombo, without any promise of financial gain, also almost immediately agreed to assist and phoned Qwabe who, according to Mblomobo, might have known such a person. Against Mblomobo’s expectations, Qwabe is quite prepared (with Mngeni) to commit the murder for R15,000,” argued Van Zyl.

This sequence of events, he told the court, “is so highly improbable that it simply cannot be true.”

During his testimony, Mbolombo had, said Van Zyl, conceded that he had not played a minor role in the killing and was in fact “in control of the events of that Saturday night. It was no coincidence that Tongo approached Mbolombo immediately after he had left the Cape Grace Hotel and that Mbolombo immediately contacted Qwabe, the person who was under Mbolombo’s control through regular telephonic contacts and who was given instructions by him during the events of Saturday night 13 November 2010.”

They had done this, suggested Van Zyl, because they had identified the Dewani couple as rich tourists they had planned to rob. And why, asked van Zyl, would Dewani wear an expensive watch and carry R4,000 in cash in his pocket on the night of the murder if he knew he was going to be robbed?

Contrary to the fact that Tongo had said he had been terrified on the night of the planned hijacking and murder and that his “knees were shaking” he had opted to engage the child locks of the VW Sharan in the parking lot prior to picking up the couple.

“That is a man who is not scared. It is a very calculated act. It was a callous act by Tongo. He was part and parcel of it, ” suggested Van Zyl.

Judge Traverso interjected several times yesterday asking Van Zyl pertinent questions including why Tongo would “shy away from the fact that it was his wife”, referring to the shuttle driver’s testimony in court that he had thought Anni was Dewani’s “business partner”. She also pointed out that Tongo had been in financial difficulty at the time.

Her questions, however, did not reveal her thinking on the matter at this point.

And while Van Zyl might be very capable of offering a plausible narrative of how Anni Hindocha came to be killed on her honeymoon to South Africa, it is not a given that the court will accept this without reservation.

Van Zyl might argue that Tongo is the building block of the state’s case, testimony by investigating officer, Paul Hendrickse, could shake the foundations of the defence’s version.

Questions that remain unanswered are why Dewani did not immediately inform police of the R10,000 cash that he had placed in Anni’s handbag (which was taken) on the night, why he didn’t mention a proposed surprise helicopter trip for Anni he had allegedly arranged with Tongo, and why, after first claiming that he had handed over Anni’s rings while pleading for their lives during the hijacking, he had called police the following morning to inform them one of the rings had been hidden in the stitching of the back seat of the vehicle.

Had Dewani informed police about the R10,000 the investigation would have immediately focused on Tongo. Instead he was not originally viewed as a suspect and police spent several days tracking down Mngeni and Qwabe. Tongo later handed himself over to police and confessed his role in the hijacking and murder. The men then implicated Dewani, who had already left South Africa.

These are not insignificant anomalies, and while the state’s case has certainly been lacklustre and some of the police work shoddy, it is not entirely without merit.

The show for Shrien Dewani will not be entirely over until Deputy Director of Public Prosecution, Adrian Mopp, takes the floor this morning to offer the state’s responding Heads of Argument.

It will be the first occasion that a clearer and more comprehensive version of the state’s case will be revealed. Afterwards Traverso will probably adjourn to consider her ruling. By the end of the week, at least, Shrien Dewani should know whether he needs to unpack his suitcase and settle in for a longer run or whether he will be allowed to return home to Bristol, a free man. DM