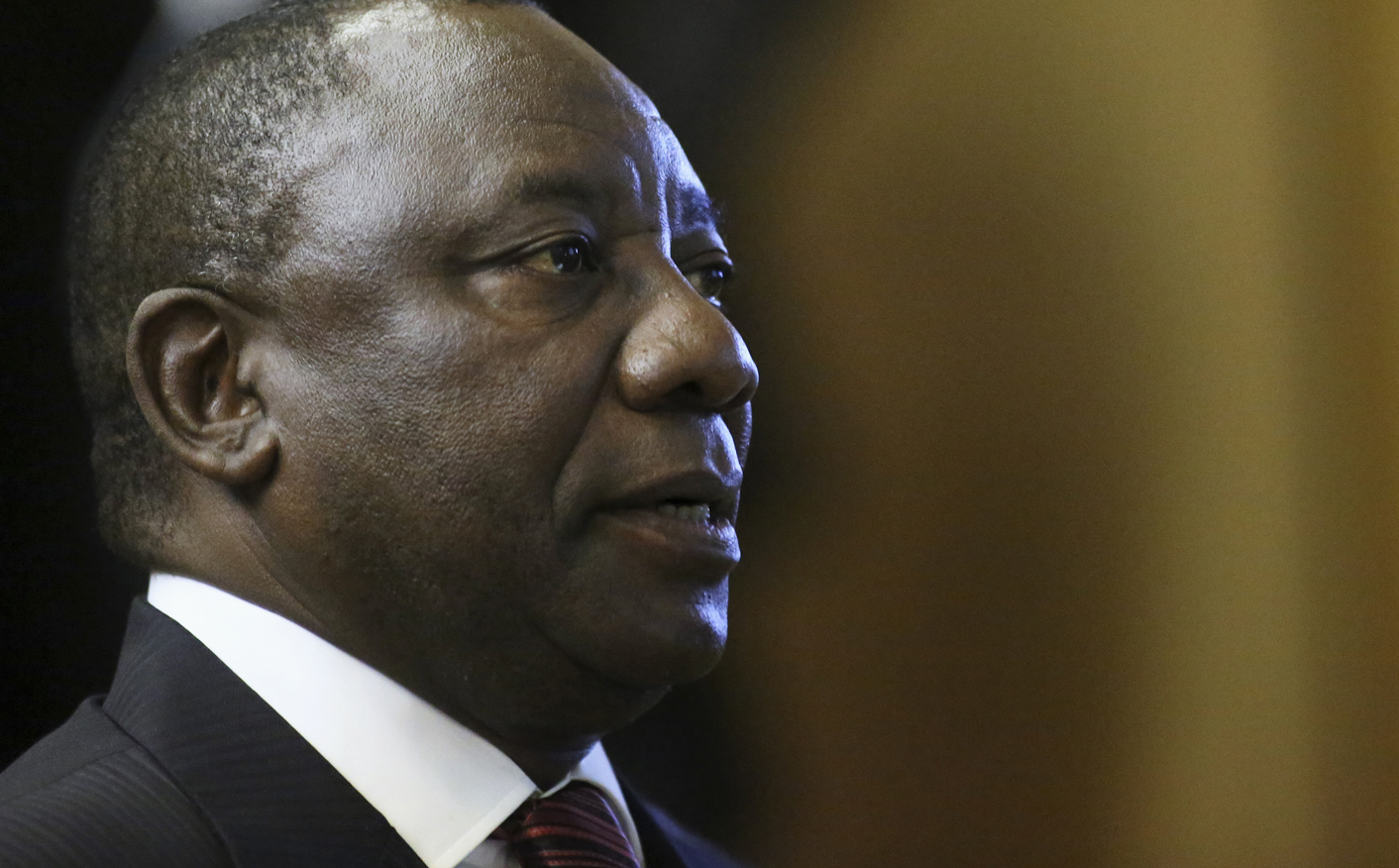 The last few years have shown that the framework we have for dealing with relations between workers and managers is not working. Strike after strike turns violent, whether it is AMCU striking against private capitalists, or municipal workers union SAMWU trashing a CBD when government doesn’t agree to their wage demands. A slowing economy is adding to the pressure, as employers feel they simply can’t give in to wage demands without causing real damage to their companies. The cost of living is rising, pushing unions to demand more for their members. And the union federations of old are splitting. Into this little melting pot, today, steps Deputy President Cyril Ramaphosa, as he hosts a labour relations indaba. Yes, it’s a talk-shop. But it could actually be quite different, for one simple reason. By STEPHEN GROOTES.

Relationships between employers and the employed can be difficult at the best of times. In the UK in the 1980s, for example, despite having a much more equal society than we do now, there was a long miners’ strike. The same society saw vital services coming to a halt through industrial action in the 1970s. Here, with what used to be called the most unequal society in the world, relations are likely to be more fraught than in most places – even with the end of Apartheid.

That said, the last few years have been more violent than most. Transport workers have thrown non-striking security guards off trains and municipal workers have become so violent that the courts have ruled they must be responsible for the damage caused during their protests (in a ruling sparked by Judge John Hlophe’s finding in the Western Cape High Court. For the City of Cape Town, nogal.) And then, of course, there is the Association of Mineworkers and Construction Union, its rivalry with the National Union of Mineworkers, and Marikana.

But that’s not all. COSATU is splitting, but still has the pull to convince ANC MPs to remove clauses, agreed with business at Nedlac, that would have enforced strike ballots. With metalworkers union Numsa poaching members from other unions (and claiming that other unions are being unfair in return), the stage is set for the complete shattering of the systems we’ve become used to over the last two decades.

Which could well be why Number One has put Number Two in charge of this process. Perhaps he thinks it’s doomed to fail.

On paper, Number Two is the right person for the job. He has the legitimacy he needs with both sides, having straddled the commanding heights of both the union movement, and, well, filthy-rich capitalism. He is able, supposedly, to speak both languages.

But, to be blunt, it seems an almost impossible task. And even if he is able to bring most unions on board, we all know that he is unable to bring AMCU – they will stay out of any process he’s involved in [which rules them out of the buffalo business for quite some time – Ed]. AMCU may be one problem, but Numsa is going to be another. It’s already all but rejected his attempts to broker peace with COSATU, and is always likely to view him as part of the ANC establishment.

From the other side, business may well feel that actually, deals with anyone from the ANC are not worth the paper they’re written on. This is mainly because COSATU simply went around Nedlac during the Labour Relations Act Amendment Bill process, and was able to take out the strike-ballot provisions at the last minute.

However, there is another fascinating aspect that comes into play here.

On Monday COSATU general secretary Zwelinzima Vavi told EWN that he believed this particular summit would see a public consensus on the issue of a minimum wage. He also says he believes that business will not oppose it, and that at this point, “the devil is in the detail”. That detail, of course, includes the rate, what the minimum wage will actually be. No matter which Biblical scholar you ask, that is a pretty big devil.

If the rate is too low, then there is no point in implementing it in the first place. If it is too high, you could well do a huge amount of damage to the economy as businesses will go bust.

It’s interesting at this point to look at how the debate on a minimum wage appears to have changed. Organised business hasn’t yet confirmed Vavi’s claim that they won’t oppose it. This means that perhaps there is already the outline of an agreement of what the wage will actually be, and it’s not going to be very high. So there will be a symbolic victory for someone, and that will be it. Or it may mean that business has in fact agreed, and they really are still going to explore the level. But that would be incredibly foolish of business, considering how previous agreements have not actually been lived up to. At the risk of repeating myself, look at the Labour Relations Amendment Act mentioned above.

Or perhaps Vavi is just negotiating tactically. By making it appear business has already agreed, he can then paint them as the villain of the piece later. And of course, painting business as “White Apartheid Monopoly Capital” has never been very difficult to do in this country.

At the beginning of the year, the ANC unveiled its election manifesto in which it said it would “examine the modalities” of a living wage. It was a strange half-promise. Could it be possible that so much progress has been made so quickly on a very difficult issue? It hardly seems likely.

That said, there is mounting evidence from various parts of the world that a minimum wage does work, because it stimulates demand. Perhaps the best recent explanation comes from a piece by COSATU economist Neil Coleman. He explains that if you institute a minimum wage, the amount of money in the pockets of workers means they spend it on goods that have to be made by other workers. In other words, more people are buying products as they have more money to spend, and someone needs to make those products. Coleman quotes former Brazilian President Lula da Silva as saying this is what led to economic growth there (it’s probably also important to point out there were substantial increases in social grants at the same time, which probably helped).

Either way, the issue of a minimum wage, should progress be made on it, could well start to change the relationship between business and labour in this country. It could well reduce poverty and inequality. But it cannot happen on its own. Business can, and must, demand that there are increases in productivity. Perhaps, finally, unions will agree to that because of the massive carrot that the minimum wage must surely be.

As natural optimists, maybe that could all happen. Maybe Number Two will be able to pull it off. But don’t hold your breath for too long. DM