Cricket: SA has already replaced Kallis – we just don’t realise it yet 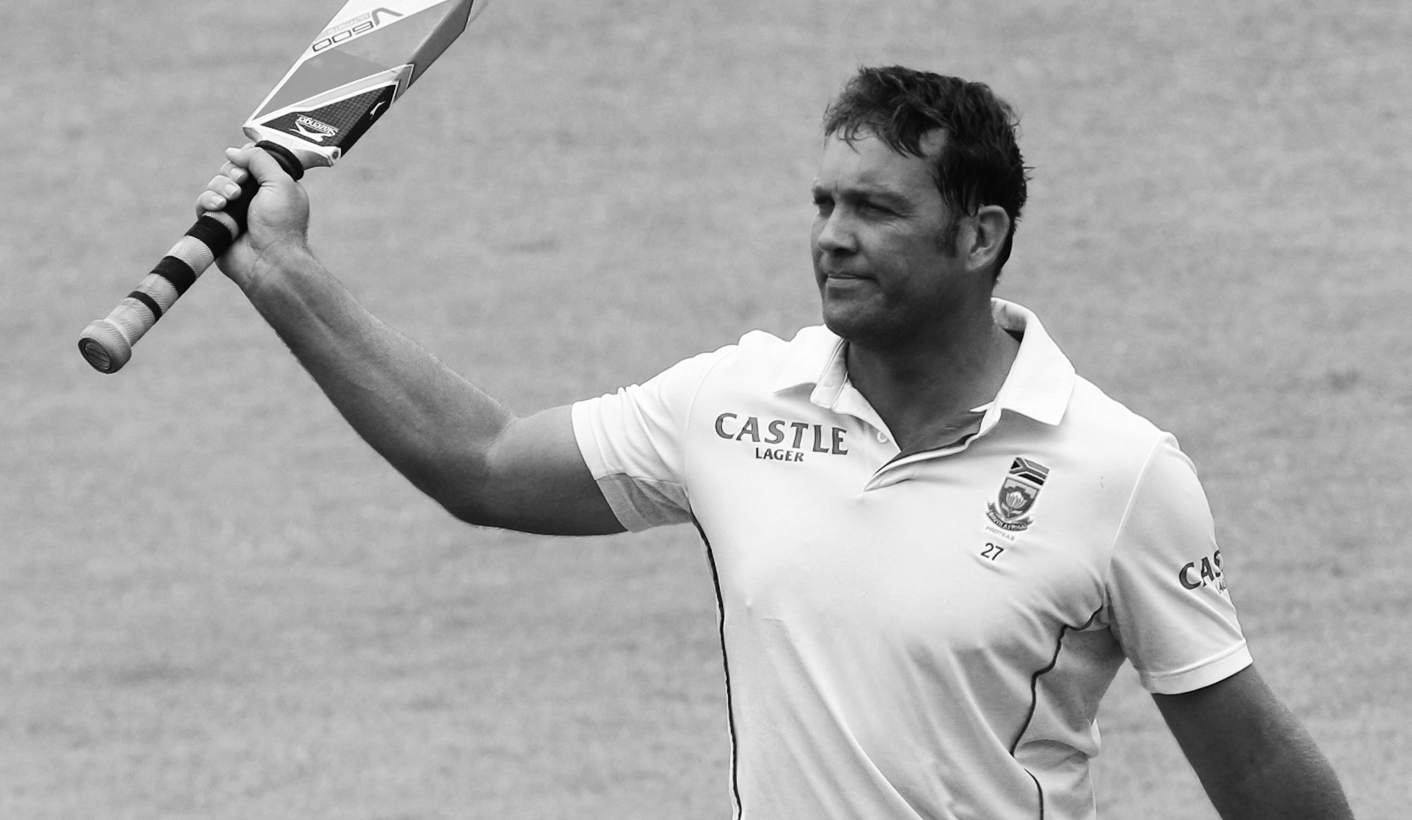 While there is much talk about replacing Jacques Kallis as a bowler, closer inspection would reveal they’ve actually done so already, without even realising it. It’s now about fine-tuning the resources and getting the best out of them before the 2015 World Cup. By ANTOINETTE MULLER.

When you see a batting line-up that has names like Hashim Amla, Quinton de Kock, Faf du Plessis, AB de Villiers and JP Duminy, you’d be forgiven for thinking the side doesn’t really need anybody else. With a bulky top order, South Africa has the kind of team that can get away with taking a few risks in their balance lower down.

Since the start of 2013, South Africa have won 24 of the 41 ODIs they have played; that thinking is probably justified. The only thing that’s different now is the fact that Jacques Kallis no longer play international cricket. The mild panic over his absence has been more of a sentimental one than a cricketing one, though. Since 2013, Jacques Kallis played just seven ODIs for South Africa and he played in just four wins.

In essence, then, Kallis has been missing from the South African one-day team for a long time and while much debate has hinged on how to go about replacing him, the team seems to have done just fine in the instances where he was not present. Much talk has hinged around how to replace the bowling side of Kallis, but he did not bowl in the last five ODIs he played for South Africa. In the two games preceding that, he bowled three and eight overs respectively. Essentially, then, South Africa has already been working on a plan to replace him since before he even retired.

But South Africa still seems somewhat lopsided at times, although this is more hinged on having become so accustomed to Kallis’ presence, rather than an actual reality. Tuesday’s ODI against New Zealand had Ryan McLaren down to bat at seven.

McLaren has evolved as a bowler recently, but he is yet to prove himself as a number seven batsman. It’s not a completely strange thing to have a player like McLaren stroll in at number seven. For many teams, this has become the reality of modern-day one day cricket.

The format has evolved to the point where it is extremely rare to have five bowlers who are only there to bowl. While genuine all-rounders are a dying breed that comes around once in a generation, the “bits and pieces all-rounders” are everywhere. From Ravi Jadeja to Darren Sammy, almost all teams have at least one player who can do two disciplines reasonably well.

Kallis wore many hats during his career and being a bowler who could do anything from taking wickets to holding up an end and making up the overs was included in that. He was reliable and consistent and a career economy rate of 4.84 will attest to that. Replacing that is not easy, but when the stats are closely assessed, South Africa has actually already done so.

South Africa has already subtly made its adjustments. From January 2013 to now, the bowlers conceded on average 5.22 runs per over when Kallis was playing; without him, 4.93.

From January 2011 to the end of December 2012, the runs per over were 5.54 on average when Kallis played and 4.93 without. These are overall averages, for all matches combined over the different time frames, and while statistics are a bit like puppets, they do shed some light over how the transition period has not actually been as scary and as overwhelming as sentimentality might make it seem.

For South Africa, it’s now all about striking the balance with what they have at their disposal. Consistency in selection in the ODI team has become part of coach Russell Domingo’s modus operandi. Under Gary Kirsten, a merry-go-round of limited overs players were always coming through the doors, but that has changed and it has served them well.

“It was quite nice not to have to welcome any new players into the team. It’s quite a settled team at the moment. We’ve played a good brand of one-day cricket over the last five or six months and we are pretty happy with where we are at the moment,” said the coach upon arrival in New Zealand.

It seems unlikely that there will be any drastic changes to South Africa’s line-up before the World Cup and now it’s all about using resources in the right way. McLaren at seven feels somewhat awkward and one possible solution could be to bat Vernon Philander higher up. He has earned a reputation domestically to serve as a “finisher” and during the recent Champions League T20 proved that he is no fool with the bat.

Philander’s one-day bowling has been unconvincing at times, but he was superb against New Zealand in the first ODI, especially up front. His inconsistency in limited overs has been something of an issue and before the series started, he spoke about how he has worked on “improving with the old ball”, but that didn’t quite work out in the first ODI. His figures in first 10 overs were 5-1-7-2, and after that, 2-0-31-0.

Still, the World Cup conditions will very much be in his favour, especially in New Zealand, where there is swing on offer. This option would allow South Arica to reconsider David Miller’s role, too. Miller is currently the “finisher” in the team, but he has never lived up to his domestic reputation. Using Philander in a more “all-round” role gives South Africa the opportunity to think about selecting a more consistent and reliable batsman in Miller’s place. It also allows McLaren to focus more on his bowling, something he has clearly excelled at.

South African fans might have a bout of sentimental panic looking at the current line-up, but there is no need for that. The experience of Kallis cannot be replaced, but the side is actually far more settled than a scorecard makes it out to be. DM

Photo: South Africa’s Jacques Kallis acknowledges the applause from the spectators after he got out in his last test appearance during the fourth day of the second cricket test match against India in Durban, December 29, 2013. REUTERS/Rogan Ward