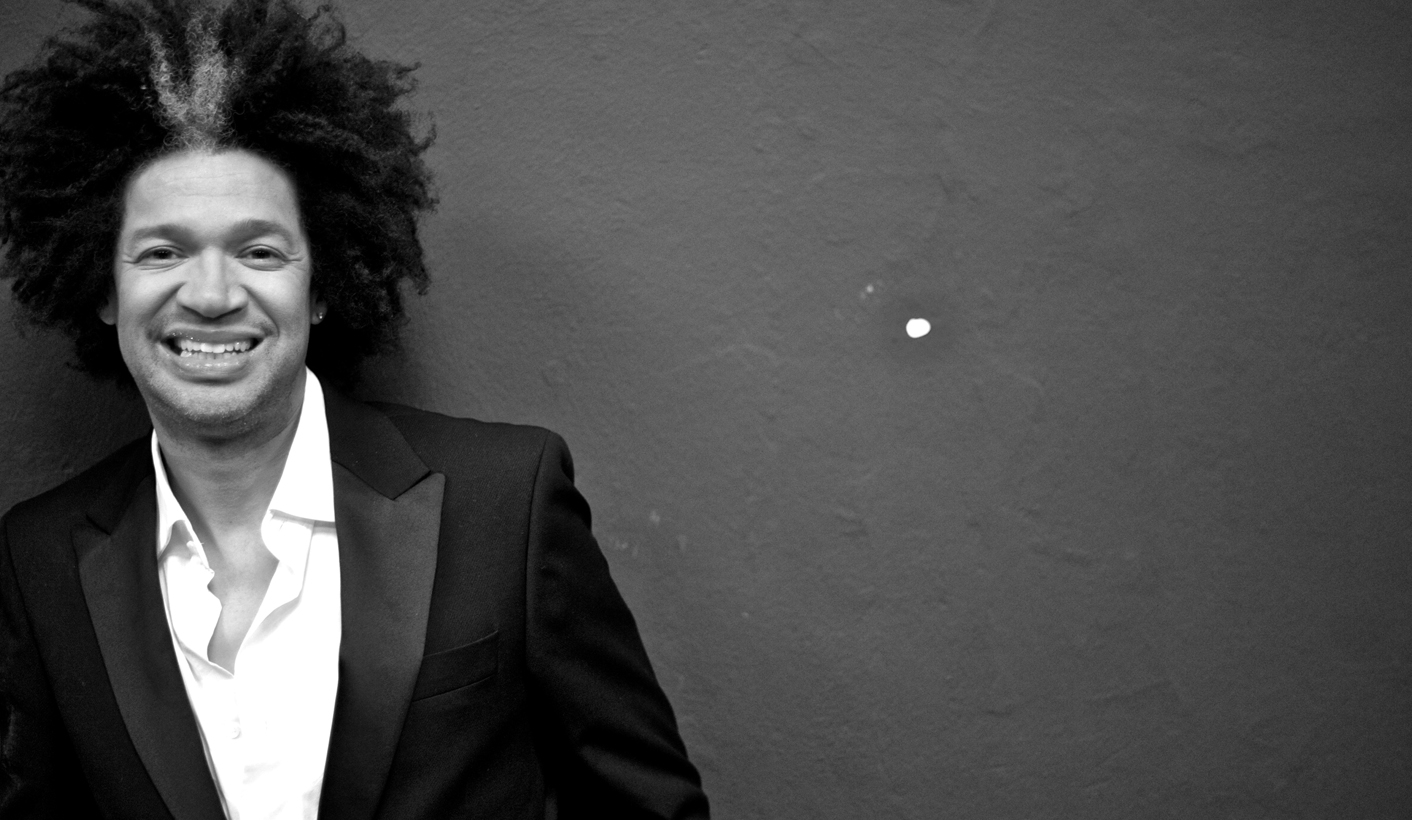 Marc Lottering’s latest show weaves in some of the comical moments that come with being famous, and it’s gold. Watch it. By LESLEY STONES.

Marc Lottering must get his fashion advice from the same person who does his hair. He’s wearing a shimmering silver suit beneath his skunk with an electric shock hairstyle and definitely making a statement rather than a sartorial choice.

It does the trick, and we’re laughing before he’s even said a word.

Lottering gets straight into being funny, with no warm up act, no preamble. Just hits us with a joke, an anecdote and some well-observed stories about situations that are familiar to us all. These are our lives under his comic microscope.

Now that he’s famous, funny things often happen to him in encounters with the public, and I love how he weaves those stories into the fabric of the show.

He carries it on for an hour and a half, pausing only to step behind a translucent screen to don the costumes of his alter egos. His latest show, This is Captain Lottering Speaking!, is a string of stand-up comedy interspersed with sketches all around the theme of airports. Somehow that gets to include Oscar Pistorius and Kim Kardashian well as Ebola.

He gives us a song at the piano, then brings on Smiley the shyster taxi driver, who’s squeezing poor German tourists into his already overladen vehicle.

One of his passengers was Aunty Merle, a gossip and a fusspot now sitting in the departure hall seeing off a friend. I’m not so keen on Merle, but my friend is in hysterics, blown away by the accuracy of his characterisation.

For me the funniest is Pop Idol wannabe Galatia Geduldt, sitting on the plane flicking her hair on the way to the big time after sleeping with a record producer.

Lottering’s movements are as funny as his mouth, with his body language telling its own exuberant jokes. This is brilliant social commentary turned into high-class non-stop comedy.

This is Captain Lottering Speaking! runs at Montecasino Theatre until 9 November. DM