Ebola casts a long shadow over 2015 Africa Cup of Nations 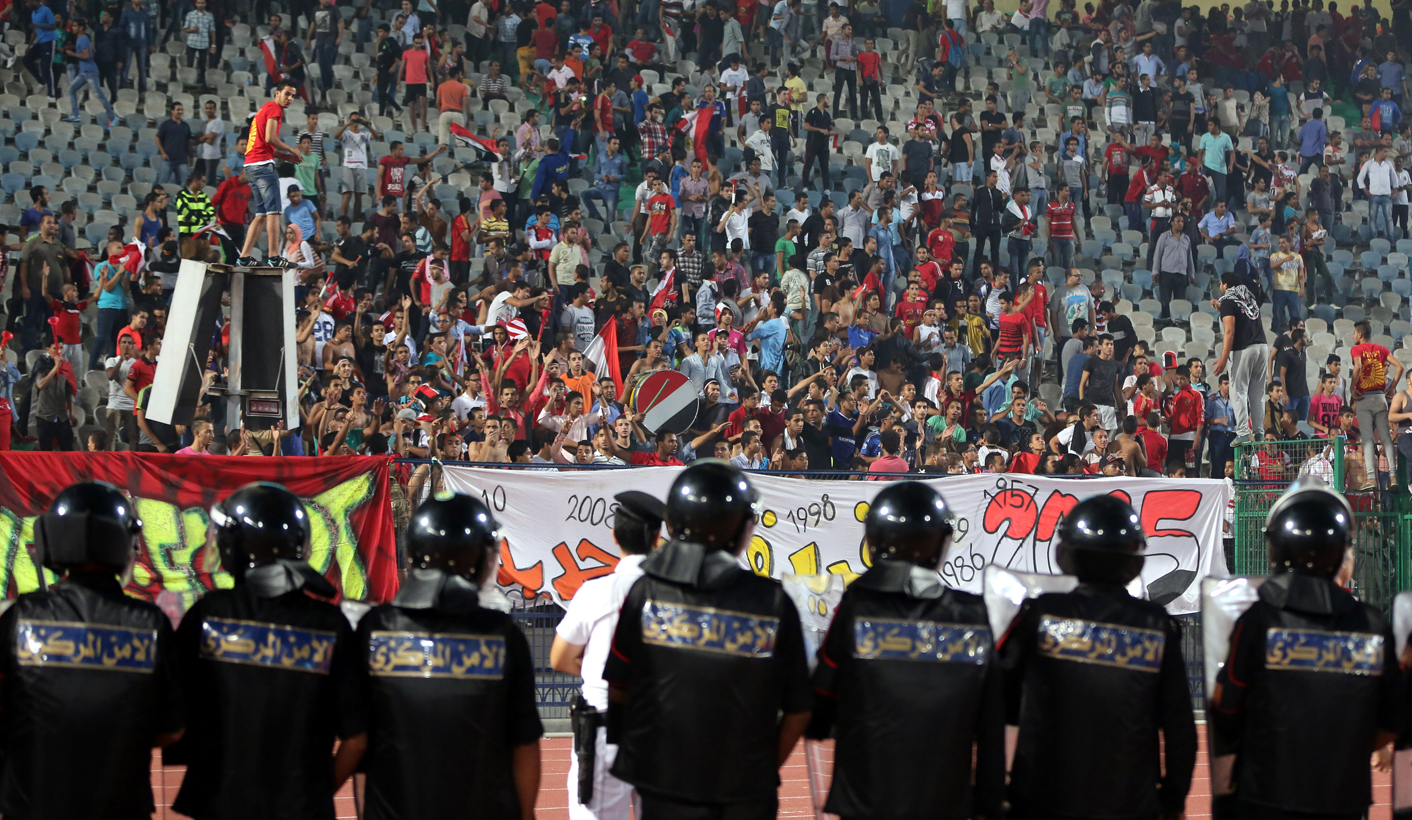 As fears of Ebola spreading continue to rage on, the Confederation of African Football (CAF), faces one of its biggest decisions ever. Morocco is close to withdrawing as host country, and while there are a few countries on standby, whether the tournament will actually go ahead as planned is a whole different story. By ANTOINETTE MULLER.

The Confederation of African Football (CAF) is facing a tricky situation with Morocco. It was widely reported on Thursday that Morocco had withdrawn as host of the 2015 Africa Cup of Nations, due to fears over Ebola.

Morocco had asked for the tournament either to be postponed or for their hosting rights to be swapped with the 2017 edition, in order to “preserve the safety of our citizens”.

But that all changed quite quickly. Morocco’s sports minister, Mohamed Ouzzine, denied that the country had withdrawn and said that they were still considering recommendations made by the World Health Organisation (WHO).

“Our concern is the health of Africa and, based on WHO reports and guidelines, we have to listen,” Ouzzine said. “Zero safety does not exist, but one has to take the necessary precautions so that the coming tournament will be a football feast, bringing together our African brothers. But given the current Ebola situation, we don’t think such a feast can take place as expected.

“We are talking about the Africa Cup of Nations, where we are expecting between 200,000 and 400,000, even one million spectators to converge in Morocco. I don’t think there is any state or any country that has the necessary capabilities to monitor, check and control the current Ebola situation when faced with these numbers.

A meeting is due to take place between CAF and Morocco early in November, and Ouzzine urged CAF to take all things into consideration.

“We will discuss these things when we meet with CAF – and we might even debate other options. But I beg you, what’s the significance of the financial losses compared to human losses? A human being is priceless. I can tell you that we will reach a definite decision during our meeting with our brothers from CAF.”

The call for the tournament to go ahead or not will be one of the biggest tests CAF has ever faced. Ebola continues to spread in West Africa as malfunctioning health systems struggle to cope and confine the outbreak. However, there are a few things for CAF to consider.

Firstly, it’s important to remember that actually catching Ebola is not that easy. The virus is not airborne and transmission is through body fluids, usually blood or saliva, that gets into the eyes or other orifices. Mucus, vomit, faeces, sweat, tears, breast milk and urine carry a risk, too, and when these fluids enter the nose, mouth, eyes or any other cuts or wounds, transmission is possible.

Infection in countries with advanced medical systems remains limited. The risk in countries where the correct medical isolation procedures are followed, where needed, is considered low. The disease is only spread by direct contact with the secretions from someone who has the infection.

A person’s ability to spread the disease also remains limited since, by the time they become infectious, the person is often far too sick to travel.

Perhaps Morocco doesn’t feel that it can screen all the visitors descending upon the country and are fearful of the impact just one infected person entering the country could have. That fear is not completely unfounded, and it’s something CAF should consider.

A big sporting event with participants and fans from various regions does increase the risk. That cannot be disputed. Everything from close contact with a group of fans inside stadiums to between-the-sheets celebrations carries risk for spreading the virus, but the risk of an infected person actually being out watching football is still very small.

A big consideration for Morocco is that they do not have the healthcare systems in place to cope with the risk. Pre-screening at airports is a possible solution to curb infections, but if the virus entered the country, there would be trouble.

A report from 2013 in the New York Times painted a grim picture of the state of health care in the country, with critics claiming there simply weren’t enough doctors for the 33 million people of Morocco, nevermind an additional half-a-million visitors.

This is where CAF will need to make a big call. Risk for the Ebola virus entering the Africa Cup of Nations host country is slim, but it is there. Of course there are measures to minimise the risk, and CAF, as well as the WHO, will take every precaution they can in order to ensure that they have their bases covered. CAF will have to decide what is the real risk, what is worth a risk and what is nothing more than paranoia.

The concern is not just confined to Morocco, either. Borussia Dortmund coach Jurgen Klopp added his voice to the chorus of concern on Thursday.

“The fact is that I wonder a lot about this subject,” said Klopp. “When a country has the feeling that it cannot find the right solution, we should be worried.

“We don`t have the right to close our eyes and say: `We are going to carry on as normal`.”

Schalke coach Roberto di Matteo echoed his concern and Jean-Michel Aulas, president of French side Lyon, had written to Fifa regarding players playing against teams from affected countries.

“It is, of course, a subject to question, and of safety, when you are responsible,” Aulas told a press conference.

He also added that Union of French Professional Clubs (UCPF) and the European Clubs Association (ECA) should act “in the interests of clubs and also for players.”

“I sent a letter to FIFA last week about a certain number of (African) matches that have been moved and the teams from countries affected by the epidemic,” Aulas said.

Sierra Leone and Guinea, two countries who are the worst affected, have been playing their qualifying Afcon matches in neutral countries. Last week, Spanish club Rayo Vallecano ordered Guinean international Lass Bangoura to return from international duty because of his teammates’ fears that Ebola might spread.

“I was upset when I heard that some teammates in the (Rayo) dressing room were worried about me and about Ebola,” the 22-year-old attacker said, although he added that he had wanted to leave as he was under contract with the Madrid-based side.

Should the tournament go ahead, the withdrawal of players by their clubs could be a significant issue. South Africa are thought to already be in discussion with CAF as being a back-up with Ghana and Sudan also reportedly showed interest. But even if the tournament is shifted elsewhere, that will not quell some of the paranoia and fears over infected people travelling to watch football.

A deadly disease, with no known cure, spreading through a sporting tournament sounds like a bad horror film, but if there are real fears – from football federations, players and clubs – and some risk, however minor, of the loss of human life, CAF might want to consider just how much is worth staking on a football tournament. DM