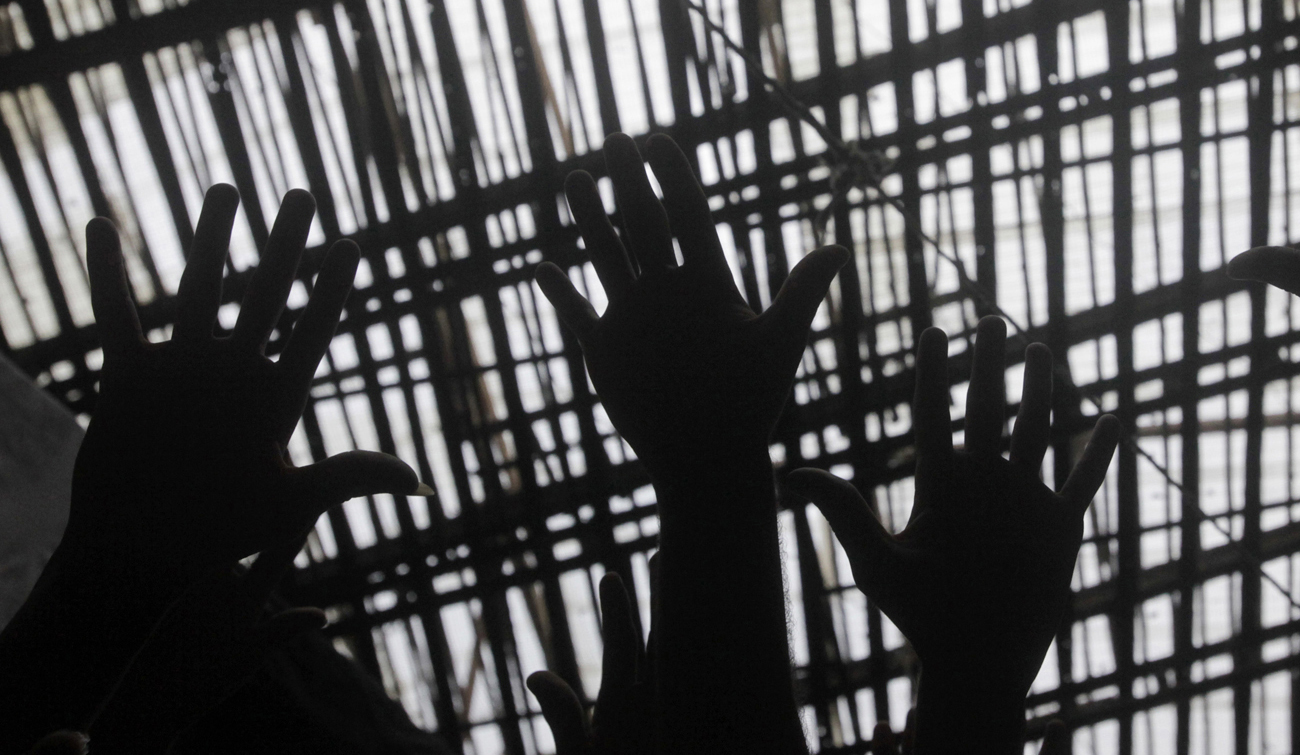 The issue of prison overcrowding is often a mirror reflecting the broader societal issues occurring outside the prison walls. To add to the overcrowding problem locally, a total of 30% of South Africa’s incarcerated individuals have not yet been convicted, and await trial in the cells. By SAMANTHA CORBETT.

The issue of overcrowding in Pollsmoor Prison, South Africa, has been a topic of contention for many years and is symptomatic of a global issue of prison overcrowding. Pollsmoor has a reputation for being one of the worst prisons in the world, where gang culture prevails and people get lost in the system, with some detainees awaiting trial for more than two years. Overcrowding is not a simple problem to resolve; it reflects certain inadequacies and a lack of accountability in the South African justice system, while also holding a mirror up to the deep sutures in our society at large.

There is no doubt that prison overcrowding has become a global epidemic; one simply needs to refer to this chart published by The Economist in August 2013 in order to grasp the widespread nature of the issue. Indeed, the recent violent outbreak of prisoners in Haiti’s Croix-des-Bouquets Civil Prison is symptomatic of the extreme chaos that overcrowding breeds. At the time of the outbreak, the prison held 899 inmates, approximately 130 people over its capacity. A major reason behind this overcrowding is the issue of awaiting detainees who become lost in the country’s overwrought justice system.

The problem of awaiting trial detainees crops up consistently as a major cause of overcrowding, and is indicative of a global problem with justice systems simply not being able to conduct trials fast enough. The OAS Hemispheric Observatory’s 2012 Report on Citizen Security in the Americas lists El Salvador (prison at 299% over capacity), Bolivia (prison at 233%) and Haiti (prison at 218%) as the three worst prisons in terms of overcrowding in Latin America. In-depth research consistently arrives at the conclusion that the high use of pre-trial detention is the primary reason behind the problem, along with budget restraints, hard anti-gang laws and high gang activity in the prisons.

According to insightcrime.org, Bolivia is another victim of prison overcrowding, with a prison population of 11,516 inmates in 2011, 84% of whom had not yet had access to a trial. Budget constraints have resulted in a lack of guards, which means that the prisons are largely run by the inmates, making them ideal breeding grounds for gang activity, perpetuating a cycle of crime once prisoners are released.

Yet another example is Bang Kwang Prison in Thailand, which is famous for its notoriously harsh handling of inmates, particularly those on death row. Here, overcrowding and a lack of sanitation facilities have resulted in the quick spread of dangerous diseases, including HIV and Hepatitis C.

Evidently overcrowding is becoming a problem that is literally growing beyond our control. Interestingly, it seems that the same issues are at the root of it around the world – generally it can be attributed to an ineffective justice system which results in high numbers of trial detainees, lack of accountability, budget shortages, high gang activity and a shortage of rehabilitation and education programs.

Maria Mulindi is Programme Manager for Projects Abroad’s Human Rights Project in South Africa (PAHRO), and her experience working with refugees and, more recently, Pollsmoor inmates has given her excellent insight into the prison underworld and the ramifications of the overcrowding problem. She is a practising attorney who moved to South Africa from Kenya in 2003.

When asked to comment on the fact that 30% of South Africa’s incarcerated individuals have not yet been convicted, Mulindi gets right to the heart of the matter, immediately directing attention to the high number of awaiting detainees and the lack of accountability for the country’s prosecutors.

“The most overcrowded section is always the awaiting trial section. That’s the worst hit. The last statistics I had, there were about 100 prisoners to one guard. And that was back in 2012 I think. They might have increased the staff since then but I’m not sure. There are some people who have not even seen court in those two years. They’re just sitting there waiting for somebody to come and do something. Now what the justice system is trying to do is decide if you can be let off on your own recognisance, as opposed to bail being set. Or there’s this rehabilitation program they are trying to establish. But it’s almost like a Band-Aid on a gash. It’s not enough. We need more prosecutors per court and a better system of accountability to ensure that we get through enough dockets each month.”

Mulindi continues, “When the prisoners are awaiting trial is when they’re most vulnerable to being approached by the dangerous criminals and gangs. The people I feel the worst for are the ones who made a stupid mistake. Those are the guys who you worry about the most because by the time they’ve been left to rot in the system they’ve either had to fight to survive or give in to something and by the time they come out they’re probably more destroyed than rehabilitated.”

As well as running a legal clinic at a women’s shelter in Lavender Hill, and representing awaiting trial detainees with the Pollsmoor Project, PAHRO has been instrumental in instigating multiple educational workshops with young female offenders at Vredelus Huis and young men at Bonnytoun. These workshops help to show the youth that there is an alternative existence to a life of imprisonment and crime, and also assist current inmates with their rehabilitation efforts. This experience has given PAHRO insight into what initially attracts youth to the gangs and why they find it so hard to live a normal life after imprisonment, thus often returning to prison and exacerbating the overcrowding issue.

According to Mulindi, “We’ve started noticing that gang culture has started filtering into the juveniles and they also want to identify with certain numbers and have their own prison hierarchies and identities. By the time they come out they have this arrogance that in prison they were all that even if it was just in a juvenile facility. And the problem is your authority is only in the prison; when you come out it doesn’t mean anything. So the cycle starts early for them. They’d rather have that sense of recognition and affirmation that they have in the cell, as opposed to what they have out.

“I think young people join gangs because they’re seeking a sense of belonging; that’s the big one for me. You don’t really find people who come from a stable home joining a gang. I’m sure there are but they’re not many. It’s the same with the girls who join the gangs. They’re just looking for some sort of affirmation. One of the things I’m learning from my own work with young people is that so many people have anger. And if we had a way to help them release that anger then they’re less likely to find negative habits. I think the broken home structure and finding a sense of belonging is the root.”

Speaking to Mulindi only qualifies the fact that the roots of the overcrowding problems run deep, from insufficient budgets, to the issue of awaiting trial detainees and overworked prosecutors not getting through their dockets at a fast enough rate. There are massive fissures in our global society which are growing at an alarming rate, perpetuating in our youth being proud of their gang allegiances and our prisoners finding it impossible to adjust to life outside bars.

It is evident that we need to do more to address these issues, both in South Africa and internationally. PAHRO’S work is part of many initiatives currently seeking to make a real difference to young people and inmates’ lives, but it’s not enough. It’s time we took a long hard look at the prisons and the societal dichotomies that they mirror. As Maria says, it’s in the small victories; in keeping going even when it seems impossible. DM