“So who actually looks after our elephants then?” 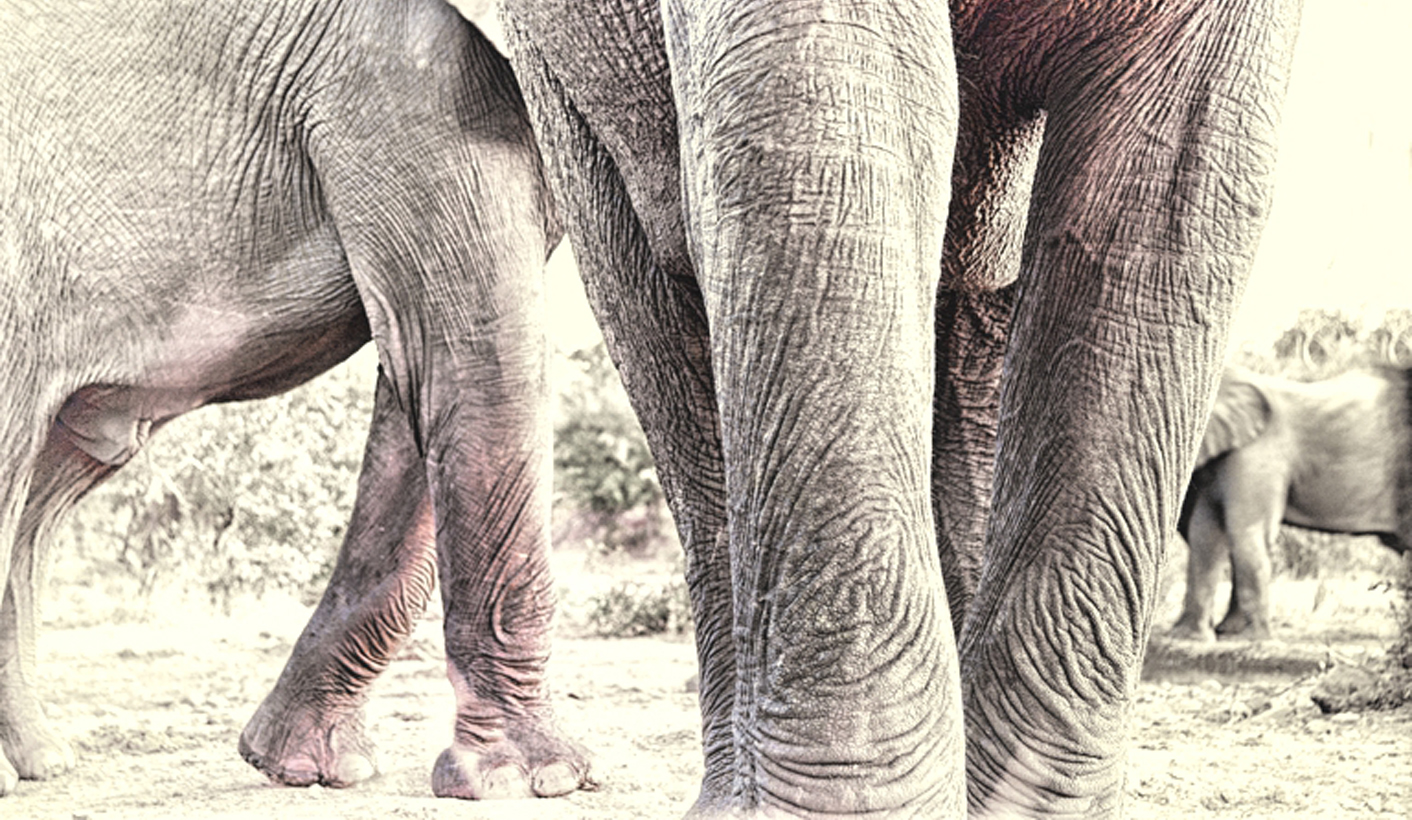 The African elephant population is already facing unprecedented pressure on its survival from poaching, so added pressure from the captive elephant industry is the last thing it needs. Reviews by the Department of Environmental Affairs of existing legislation that ensures wild elephants are safe from being captured and placed into permanent captivity do not auger well. By MELISSA REITZ.

Responding to conservation and welfare groups’ outcry over the proposed amendments to the 2008 Elephant Norms and Standards (ENS), the Department of Environmental Affairs (DEA) denies abandoning key provisions that would undermine the founding principles of the ENS and highlights the fact that although it is legally mandated to regulate activities that may negatively impact on the survival of listed threatened or protected species, the legislative mandate over animal welfare matters lie with the Department of Agriculture, Forestry and Fishing (DAFF).

Despite Minister Edna Molewa’s statement, it nevertheless remains clear in the DEA’s document Key Challenges of the Elephant Norms and Standards that the section ‘Capture of Elephants’ is up for review. It states that “the provision of elephant capture is too prescriptive and does not allow for the capture of wild elephants for permanent introduction into captivity or captive elephants for export purposes to another captive facility.”

It was this statement that sparked the initial outcry and led to the formation of an alliance consisting of 12 welfare and conservation organisations, who submitted a letter of concern to the minister. The DEA responded by stating the proposals were part of a regular four year review. It also admitted that the department was aware of implementation and enforcement challenges facing owners and managers of elephants, including conservation authorities. This statement raised further eyebrows as many believe the department may be considering the changes to the ENS merely because they do not have the capacity to regulate it.

Adding to these claims, the split responsibility of the overall wellbeing of elephants between the DEA and DAFF leaves one wondering just who we turn to when it comes to protecting our elephants from the possibility of wild capture and export? According to current legislation the DEA is able to authorise permits for wild animals to be relocated and held in captivity but has no mandate over the welfare of these same animals. “It’s ignorant to separate welfare from conservation, and it’s uninformed and irresponsible to separate them at the level of legislation,” says Dr Mandy Lombard of Public Watch.

The arguments endorsing the South African captive elephant industry in terms of ecotourism, economic benefit and conservation awareness carry little weight against the overwhelming evidence of elephant’s psychological and physical trauma in captivity.

Arguing against elephants in captivity, a document drafted by welfare groups including the NSPCA, says, “the more ‘safe’ and compliant the elephant is, the more cause for concern about its training”. It also claimed that “the public are unaware of behind the scenes cruelty”.

“If tourists knew what it took to train an elephant for their ‘pleasure’ South African tourism could be damaged,” says Lombard. “Although we hear of people being killed, only very few of the incidents where elephant handlers or tourists are attacked have been exposed to the public.”

To support the ENS and protect captive elephants, the DEA requested DAFF to draft a Minimum Standards for the Management of Captive Elephants in 2008. The document underwent stakeholder participation and evidence to support the banning of cruel training methods was provided by welfare groups. However, although it was ready to be gazetted in 2009 it was subsequently ruled by the DEA that it needed to be published by DAFF, but this has still not happened.

DAFF says that after using guidelines developed by the then Elephant Owners Managers Association (EMOA) as a framework, it realised that a scientific assessment process was necessary to ensure that captive elephant operations can be evaluated and certified. It is this process that has supposedly caused the six year delay.

Following the recent ENS review DAFF has been reinstructed by the DEA to produce the Minimum Standards draft. The department has responded that the assessment process is nearing completion and without this framework any guidelines would be incomplete. It says the first draft will be ready in 2015.

Failure to publish the Minimum Standards to date has allowed cruel practices in the captive elephant industry to continue, including the NSPCA’s two court cases against the Knysna Elephant Park for alleged illegal capture of elephant calves and for cruel training methods.

The 2008 draft Minimum Standards stated “no object may be used to hit, prod, poke or coerce an elephant”. Is this perhaps the reason why this draft was never published?

Lombard is clear about her view. “All elephants trained to be subservient to their handler have undergone some sort of dominance-based training achieved through physical and psychological torment.”

One wonders where the elephant safari business of South Africa would be if the original draft had been published stating that commonly used practices employed to train elephants are unlawful? If we leave legislation such as the Minimum Standards to remain incomplete, the loopholes in our laws will prevent us from upholding our national responsibility to protect elephants from cruelty in captivity.

The DEA does have the mandate to protect threatened species and therefore it is under an obligation to enforce the existing legislation in the ENS that prohibits elephants from being captured in the wild and placed into permanent captivity and from being exported or imported. DM