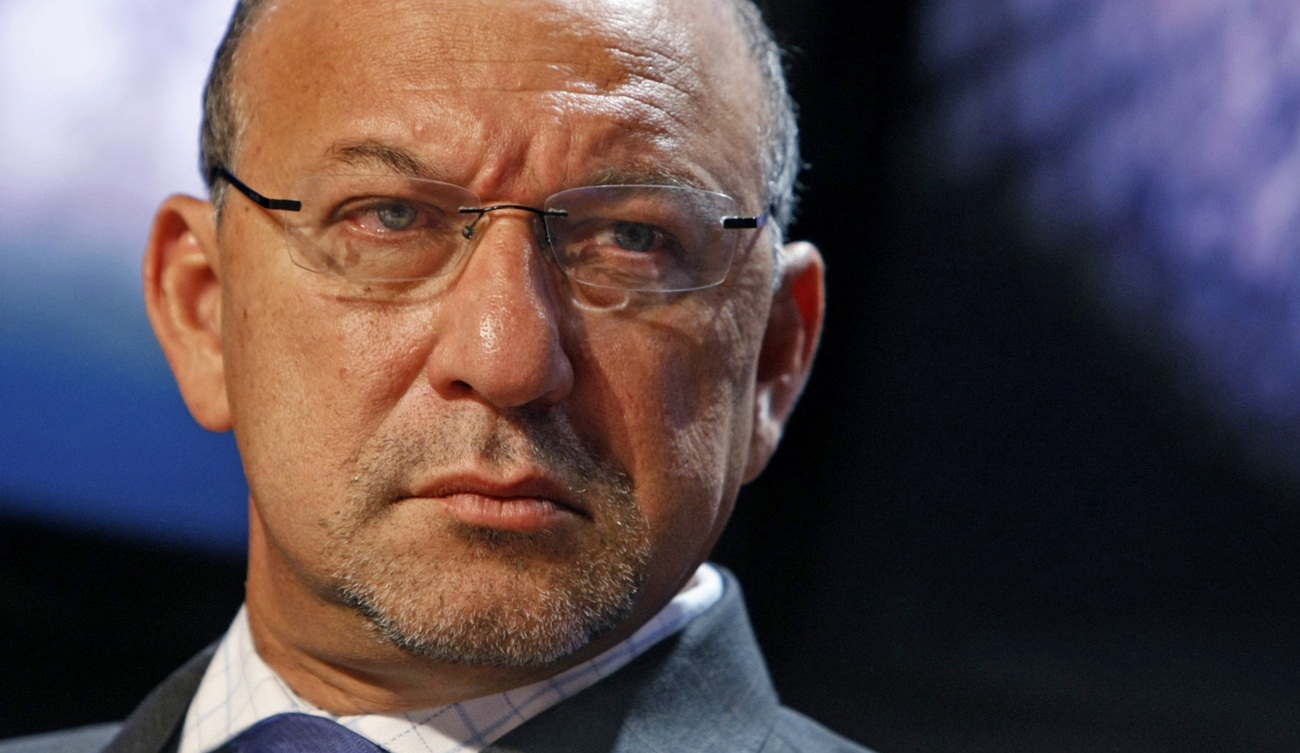 Trevor Manuel, who served three South African presidents as finance minister, is now serving Rothschild as an advisor and Deputy Chairman. The announcement was slightly muted. RICHARD POPLAK muses on why Manuel is not more of star, and why we said goodbye to him so easily.

Earlier this week, a press release printed on parchment fashioned from the bark of the Tree of Knowledge was placed in the beaks of gold-plated carrier pigeons and sent forth into bright blue skies of a mining town. Paradoxically, the release was both the announcement of a union and a note of bereavement—a wedding and a funeral, if you will. In calligraphy painted by angels with diamonds for eyes, it stated that long-serving former minister Trevor Manuel was recently appointed “a senior advisor to the Group worldwide and Deputy Chairman of Rothschild in South Africa”. He would be whisked to Johannesburg on October 1 by one of those angels, and start generating capital forthwith.

I sort of made up the part about the gold-plated carrier pigeons and the angels. In fact, the rather curt statement was sent without fanfare, and by email. It was five paragraphs long, and seemed to be written by a disinterested robot with a melancholy streak. It’s as if no one involved really wanted the press thingee to do the rounds, nor wanted it to become part of the conversation. Manuel, after all, didn’t leave public life with a bang, but with a whimper. There were no major encomiums, and no significant takedowns. Sure, the market was a little jittery, but the market took a Paxil and recovered. He just—poof!—moved on. Besides, anyone with a mild interest in politics expected him to land a plum position at a money shop, so his Rothschild appointment came as no surprise.

But why is the man who steered three South African presidents through the rapids of the financial whitewater-rafting experience not more of a local star? Why isn’t he admired as a sort of Tutu-esque figure who wears power suits instead of robes, and prays to bonds instead of God? Why does the country seem to have moved on from him so smoothly?

One easy answer is that Manuel worked for so long and so intimately with money that outside of the financial world he has became a sort of untouchable. In this, the marriage with Rothschild seems strangely appropriate—in days of yore, when the Church forbade Christians to lend money, it was left to the Jews to make cash from lending cash. We live in world that pretends to be slightly more enlightened, and so money doesn’t carry the same stigma. Nonetheless, being great with a calculator doesn’t earn you a statue in the middle of a Sandton Square.

It wasn’t always that way. As heady days of democracy dawned, Manuel and his comrades knew less than nothing about how an economy functioned. “You will learn,” Madiba told him, and learn he did. Or, rather, he played catch-up with the best of them. But it cannot be said that Trevor Manuel made the South African economy. Madiba picked him for the finance portfolio because Manuel was neither communist nor capitalist; he had no ideological bent, and therefore was unlikely to burn down the Reserve Bank or hand out gold mines to people wearing Biko t-shirts. He was a pragmatist, who ended up believing that a steady hand on the neo-liberal tiller would end up enriching the entire country.

About that, he was wrong.

We do not seem to have forgiven him for helping us become a middling economy with blah growth but no major backflips into the financial void. Every reason that Rothschild brought him on board—his deep working knowledge of macro financial systems; his connections with the Davos set; his historic connection to the birth and growth of democratic South Africa—are reasons he barely resonates in the popular imagination. The guys with the red overalls have the floor, and they are demanding a reversal of everything Manuel built. They didn’t send him a bouquet for a job well done, but to thank him for getting the hell out of their way. There is some part of our collective id that wanted Manuel to say “Hell with this”, and to burn the joint down. At least then we could have hashed out the nationalisation conversation on the streets, instead of on Twitter with Andile Mngxitama.

But no—steady as she goes. Manuel didn’t counsel any about-turns, and once he became a mildly statist neo-lib twenty years ago, that was it. The African National Congress, of course, transformed into something other than what it promised, sliding all too neatly into the ancient colonial ruts of corruption and thievery. And there was Manuel, working on a parallel track, pretending to his Davos pals and the “market” and anyone else who’d listen that the country was a country, and not a bank vault for mining executives.

The ex-minister did not, however, speak out against his old comrades. He did not denounce what the ANC had become, and nor has he given up his ANC Centurion card. When I spoke to him in April of this year, the only thing he bemoaned was that the fact that there were no consequences for, say, building a palace with taxpayers’ money. (I should be clear—he didn’t even make a veiled reference to Nkandla, but I figured that was maybe, sort of, kind of, what he was alluding to). “If somebody does wrong,” he said, “own up. Look at Japan. If they make a mistake, they come before the people, bow, scrape, apologise, and step down.”

Which brings us, as it must, to democratic South Africa’s original sin—the Arms Deal and Manuel’s involvement therein. He has long denied any knowledge of the hideous goings on with the procurement of a whole bunch of useless crap from a French arms company, who apparently paid bribes to just about everyone in the ANC, including our now president, Jacob “Eiffel Tower” Zuma. And yet, Manuel was the man writing the cheques at the time. There are lots of people who, legal implications aside, would have loved to hear something resembling a mea culpa. Or an expression of disgust. Or something that makes us believe that he was angry or embarrassed or disgusted or felt like punching someone in the nuts for the gruesome mess of the thing.

Nope. Not a peep.

The interesting question is, of course, whether going cray-cray on the ANC and throwing his membership into the Atlantic would have minimised his opportunities in the private sector. The answer, I believe, is “absolutely”. He will now report to Professor Wiseman Nkuhlu, Rothschild’s local Director and Chairman of the Board, who did hard time on Robben Island and was the first black person to become a chartered accountant in South Africa—a serious man with serious credentials, but like Manuel, a steady-as-she-goes type chap. Rothschild does not want firebrands. Goldman Sachs does not want firebrands. They want company men.

It’s still early days for Manuel. He is barely 58. It is time to cash in. And yet, when I spoke to him last, that wasn’t top of his agenda. “I’d like to do bits of things that allow me to contribute to society,” he told me. “I’d be lying to you if I said that broad approaches to greater egalitarianism aren’t part of my DNA.”

Is Rothschild the best place for that kind of thing? I’m not so sure. But Trevor Manuel has served this country for twenty years, and fought for its freedom long before that. He certainly deserves a breather. Perhaps the reason we can’t send him off into the land of Bentleys and briefcases with full hearts is that we wanted just a little more from him—a little more candour, a little more anger, a little more creativity, a little more spice. It was probably too much to ask. So he will drift into the cashmere and cigar smoke and first class lounges of the moneyed set, no doubt slightly resentful of our slight resentment.

Meanwhile, the South Africa he leaves behind boils with a conversation about who we are and what we need to become when the teetering super-structure Manuel built can no longer house us all. He isn’t going anywhere, of course—his wife, Maria Ramos, runs ABSA. He is staked to this place. He has stakes in this place. I just wonder if a part of him wouldn’t love a small, token thank-you statue. DM