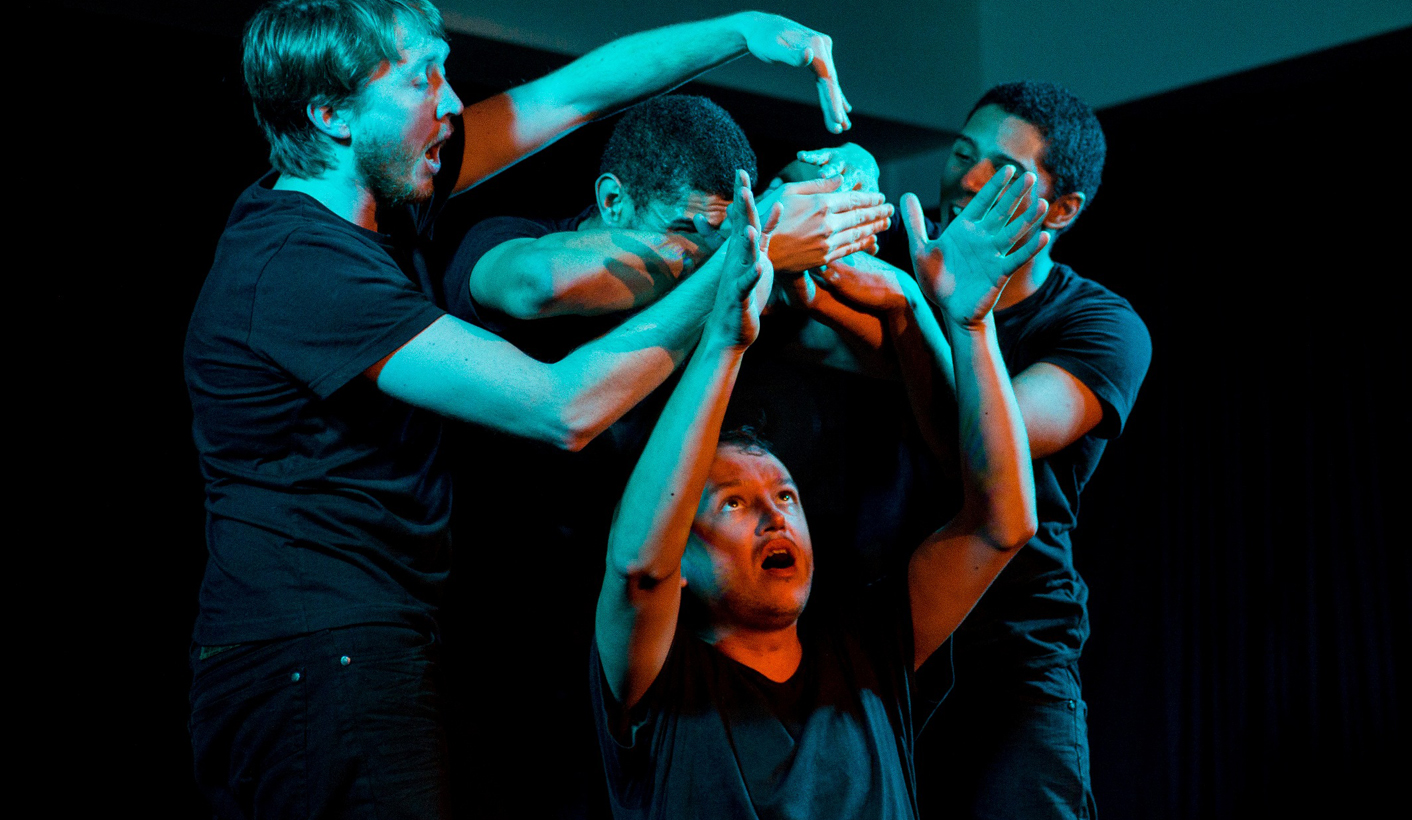 In a world where the sea harvest is getting less bountiful by the month, a young boy (Stephen Erasmus) and his perlemoen-poaching granddad (Dylan Esbach) get conscripted as crew on to a terrifying fully-mechanised submarine by a wily pirate (Jason Potgieter). After hearing the pirate talk of the robotic submarine captain’s (Shaun Acker) nefarious capitalist plot to harvest “the bounty of the ocean”, the two come to the horrifying realisation that they were hired solely to be bait for the largest fish of all… The Kraken. By CARLA LEVER.

Catching this underwater beast, fabled to be “bigger than Table Mountain”, tantalisingly promises to provide the richest reward the submariners have ever pulled from the ocean. The only problem is… it’s the one that continuously gets away. Bigger torpedoes, steelier nerves and tastier bait are all needed, none of which bodes well for our duped duo.

Get Kraken is on the family fringe programme, which means it’s suitable for your kids. I’m no expert on the small people, but I’d imagine the fast-paced banter would probably engage those upwards of nine or 10.

There’s a big difference, though, between suitable for kids and made for kids. Jon Keevy’s script had that nuanced referential range of humour that gives difference access points for different age groups. It certainly had me feeling like a kid in a candy store for the entire hour. (In fact, there was only one of the smaller humans in our show and I giggled even more than she did).

Part of the joy comes form the fact that the story is told through a cartoon-style narrative that has performers mixing up roles, supplying plenty of sound effects and employing film techniques (think ‘zooming out’ where, on stage, life size characters suddenly become finger puppets running along outstretched arms). I’m hard-pressed to decide whether the high point of this production was director Kim Kerfoot’s inventiveness, writer Keevy’s word play or the actors’ physicality and sustained energy levels.

Get Kraken reminded me of what fun it is to sit and be told a tale… certainly, in this case, by four grown men who are gleeful as little boys. To be fair, it’s the kind of fun that’s only borne of very hard work and meticulous blocking. I would say that the group’s high octane hijinks came across like seeing boys with their toys… but only if their toys included meticulously-honed voice work, expertly synchronised group movement, smoothly-executed physical tricks and a story that keeps you on the edge of your seat. It obviously helps that each of the four actors is both an individually gifted performer and able to work generously as a collectively smooth story machine.

So will our friendly fishermen escape the clutches of the bait hook? Will The Kraken fall prey to the submariners’ fishy plot? What is a Russian cosmonaut doing inside a whale? Go and find out at City Hall 4 this week. You don’t even need to have a small human in tow. Promise. DM