Analysis: The SAPS need more than prayer – they need a leader 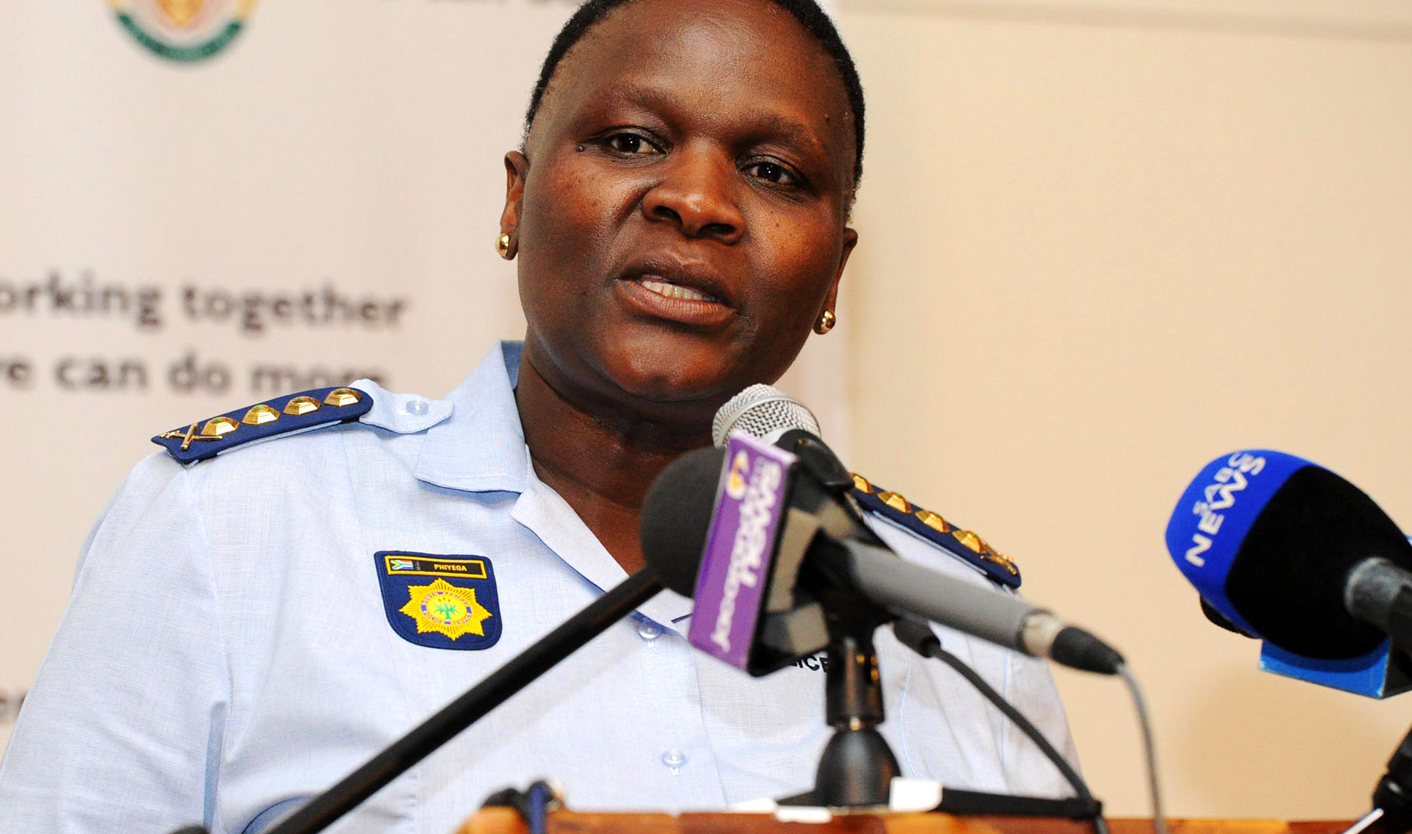 News that a ministerial task team is to investigate whether Riah Phiyega is fit to hold office proves that T.B. Joshua is not the only prophet around. When the new national police commissioner was appointed (two years ago) we all warned this would happen. A year later, we warned again. For ALEX ELISEEV the latest headlines have a sad, familiar ring to them.

Today is the police’s National Prayer Day. Seriously. There’s even a media event and everything.

“A collective prayer has the power to protect and save police officers and preserve the nation,” reads the invitation.

You know what else has the power to protect police officers and preserve a nation? Crime intelligence. Trained officers. Police visibility. A better relationship with communities. And strong leadership.

Of course, praying is easier. And it costs less. But let’s leave that debate for a moment and focus on leadership.

It’s being reported that President Jacob Zuma has instructed his police minister, Nathi Nhleko, to assemble a ministerial committee to determine whether Riah Phiyega should remain in her job.

Given the past two years, it wouldn’t hurt for our police chief to say a few extra prayers today. Phiyega’s track record points to an inescapable verdict.

It seems the focus of this yet-to-be-officially-announced task team will be to explore whether Phiyega tipped off her Western Cape commissioner, Arno Lamoer, about a criminal investigation against him and whether she lied when she claimed not to know that the man she had chosen to lead Gauteng’s fight against crime, Mondli Zuma, was himself facing criminal charges.

The Lamoer mess saw Phiyega investigated by police watchdog Ipid, after which the National Prosecuting Authority declined to prosecute her. The Zuma debacle was less serious but massively embarrassing, speaking to her understanding of the organisation she leads.

Phiyega also performed poorly (to be diplomatic) during the Marikana shooting and while testifying in the Farlam Commission of Inquiry. On her watch, officers dragged a man who was tied to the back of a police van through the streets. On her watch, Hilton Botha was taken off the most high profile murder investigation in recent history. On her watch, a Limpopo police station was burned down by protestors after chaotic clashes, which left several demonstrators dead. More recently, two police officers stood on the steps of a court and apologised for opening fire on the car of an innocent man, who could easily have died. And then there was the Khayelitsha commission, which showed a breakdown of policing on the ground…

But the real disaster of her two years in office presents itself in the crime statistics. They were bad last year. They were terrible this year.

Almost every crime we fear has gone up: murder, robbery, hijacking.

Nobody is taking away the gains which have been made over the last decade, but we can’t have our eyes constantly pulled to the past. These gains only mean something if crime continues to drop.

Those defending the latest set of results have asked South Africans to make sure their homes are locked up and alarms are on, or have found cunning ways to remind us that there are actually places out there that are more dangerous and have higher murder rates. Honduras, for example.

That’s like saying, “Don’t worry about corruption because in some countries, like Russia, it’s even more endemic. Hell, at least you have a government, unlike in Somalia.”

Yes, crime is a deep and ugly socio-economic problem, which can’t be solved by police alone. Yes, poverty, drugs and alcohol play a major role and officers can’t be inside every home. But to repeatedly break the trust of those you serve, appoint politicians instead of experienced cops to lead, deliver terrible results and then say things like, “It is possible for the period when crime statistics are released to be a season of hope and renewal” is ludicrous.

The reality is that after Jackie Selebi and Bheki Cele, a seasoned officer should have been appointed to steer the police service. Someone who could earn trust and respect. Who could break open the viper’s nest at crime intelligence and clean it out. Someone with fresh ideas and clear strategy, who could glue together the broken pieces of the Community Policing Forum (CPF) experiment and crack down on corruption.

Instead, we now have a weak troika: An embattled police chief drenched in controversy, a police minister a long way from showing the public that he is not out of his depth and Robert McBride in charge of the organisation which is supposed to police the police.

There’s no doubt that Phiyega was unlucky and some of the moves she has made have been in the right direction (although these have been overshadowed by the constant scandals).

Reports of a ministerial task team into Phiyega’s fitness to hold office could be the first real sign that the political wind is changing against her. Or not. Who knows? But the tragedy is that we all saw it coming and now it’s smacked us in the face. It’s all playing out according to the script.

Why this is happening now is also another interesting question and must be seen against the context of everything else surrounding Zuma and his appointments.

It’s difficult to say whether the situation can be turned around or whether we need to start preparing ourselves for the next police commissioner. But two things are absolutely clear: one: police and its political masters need to start making good choices and earning back trust and two: praying for a safer South Africa is not going to bring about a safer country. DM

Nations at a news conference in Centurion on Thursday, 17 January 2013. Picture: GCIS/SAPA