Worth a thousand words: Cape Town’s Month of Photography in full swing 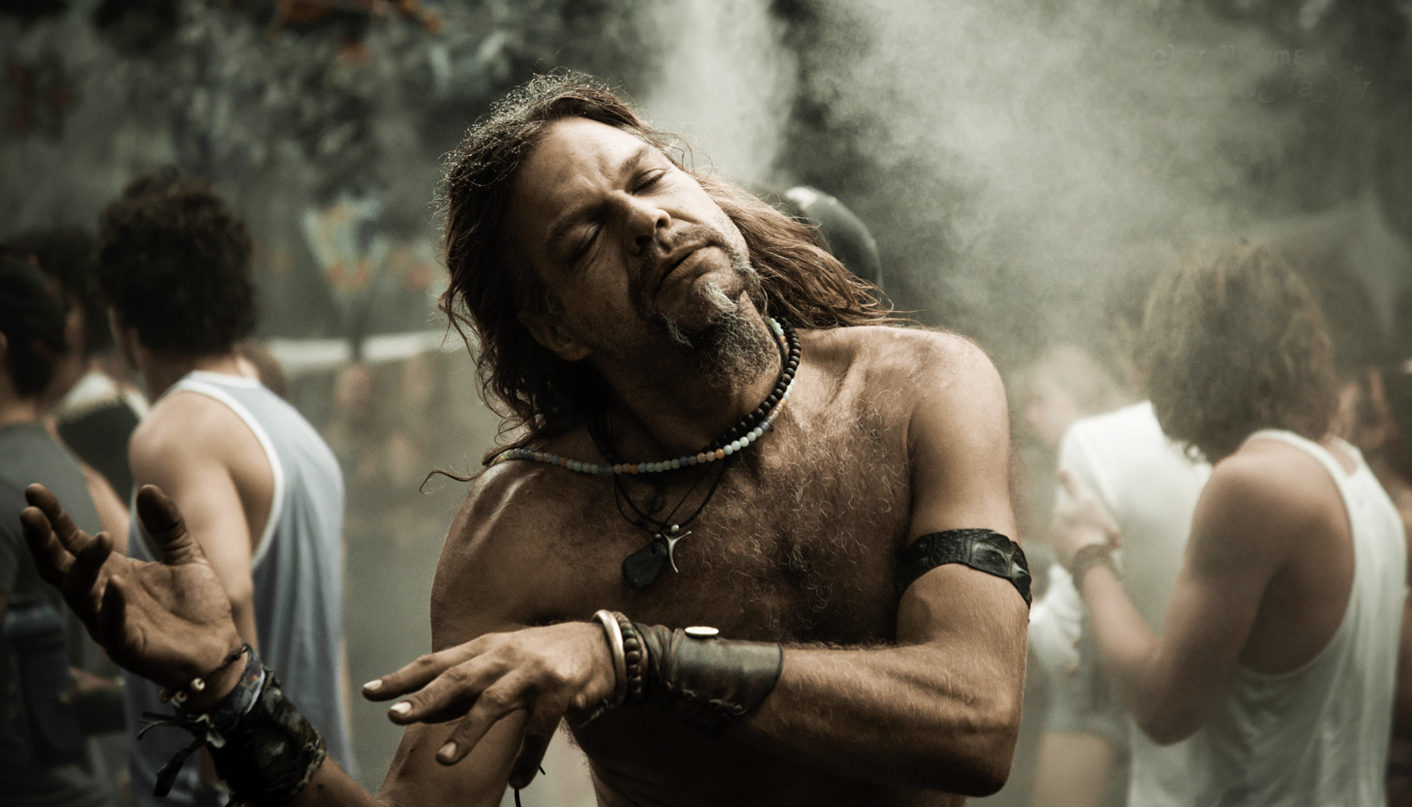 You’re spoilt for choice this month with things to do in Cape Town, but don’t let a crammed calendar put you off checking out the Cape Town Month of Photography. You can take in some 120 exhibitions or dust off your camera and learn something about the art form yourself, writes MARELISE VAN DER MERWE.

A man shakes himself with the loose-limbed unselfconsciousness of a dog. A tiny bird rests, amongst the hard-partying noise and chaos, in a boy’s hand, its puffed-up body a perfect picture of trust. Two women embrace, an intense, secret moment of comfort.

Each picture has the fresh, saturated brightness of the world after it rains.

The scenes are from Altered States, filmmaker and photographer Nicky Newman’s exhibition at the Woodstock Exchange for the Cape Town Month of Photography, which is running in September and October 2014.

Newman is one of over 120 photographers – national and international – who are taking part in the photography extravaganza at over a dozen venues throughout the city. The venues include the ASA, the New Heritage Gallery, the Youngblood Culture Centre, the Oude Libertas in Stellenbosch, Johans Borman Fine Art, 6 Spin Street, the Barnyard Gallery, the Castle, the Iziko Annexe, the Company Gardens, the Sasol Museum and the Casa Labia, among others.

“For many years, my lens was focused on the darker side of life: the struggles, wars and suffering,” says Newman. “I started seeing the whole world the same way and knew that I needed to seek lighter, softer and more loving realities.”

Having recently completed a documentary on lesbian and transsexual refugees, From the Same Soil, Newman was ripe for something less issue-driven.

Newman, whose primary line of work is as a documentary filmmaker, refers to photography as her “light relief”, something she does not approach with a given subject in mind, but rather somewhere she happens to be, with a camera, and finds the thematic coherence afterwards.

Does she seek beauty deliberately? No, she says. But people often say she finds it.

This process of needing lighter, softer subject matter “happened at the same time I was outgrowing the socially sanctioned smoke- and alcohol-saturated party spaces,” she says – those “otherwise known as clubs and pubs” – and she found the world of trance. It was a space, she says, where “people and families set up camp in nature and live together as an extended tribe”.

It was here, she says, that it was easiest to melt into the scenery with her camera. “It’s a gift I have, to become invisible,” she says. “I don’t know how it happens, but people don’t see my camera and it gives me access.

“Plus I did not go there to explore the subject. I just shoot where I am. Vortex [the party] wasn’t a subject. I party there, so I shot there.”

This worked extremely well for her, coming from a documentary background where unobtrusiveness is paramount. “I’m uncomfortable with posed pictures,” says Newman. “People must be doing their thing, being in the world. That’s when magic happens.” A wry smile. “Some might call it being a sneak.”

Although Newman has previously won the Infecting the City photography prize and is an experienced documentary maker, she refers to this exhibition as her “coming out” moment; one which taught her the process of curating, selecting, storytelling and “how much work goes into putting 14 pictures on a wall”.

For the latter, she credits MOP festival designer and director Jenny Altschuler, with whom she did a master class in order to put together the exhibition. Altschuler, who is also exhibiting, taught her the fundamentals of exhibition selection: each picture has to tell a story; each story has to be different; and each story has to form a part of the whole.

Altschuler, for her part, believes this element of storytelling is essential – so much so that it has underwritten the theme for this year’s MOP. “Throughout history, what we have witnessed, understood, been moved by and imagined, has been powerfully shaped by that which we have learned, been told, seen pictured and designed for the world to be shifted by,” she says. “Photographers aim to create those triggers.

“Images made by photographers are not passive. In partnership with words, and other contexts, they are agents with explicit and subliminal agendas, subconsciously or consciously composed to point out a view.”

The theme of this year’s MOP – the sixth of its kind – is ‘Designing Destiny’, and Altschuler believes this is exactly what that narrative, or storytelling, element does. “In so doing, they [photographers] intend to promote and celebrate – or reject and challenge – the aesthetics, understandings and creations of the world,” she says. “Photographs are forces that are active in addressing, affecting and designing destiny.”

Altschuler is not the only highly skilled photographer sharing knowledge during the Month of Photography: acclaimed local photographer Angela Buckland, whose exquisite book Zip Zip My Brain Harts problematised the ways in which people “beautified” or “normalised” the bodies of their disabled children through various items of clothing and equipment (and was inspired by the life of her own child), will be offering a two-session workshop where she shares her expertise. Internationally acclaimed photographer, author, traveller and academic Tom Ang will also be offering master classes, as well as co-reviewing portfolios with a number of other facilitators (aspiring photographers can bring their work to be critiqued, in other words). And portrait photographer Alexandra Dietz will be holding a portraiture workshop entitled Crossing the Boundary, where she explores the theme of intimacy, privacy, and the boundaries between subject and object in portraiture.

The plan for this month, says Altschuler, is to “take photography into the city”. And she means this literally: there will also be two large photography installations erected, including one in the Company Gardens (from POPCAP14’s Prize for Contemporary Photography) and another, titled A Day in the World, in the Castle.

Altschuler herself will be exhibiting alongside Paul Weinberg, Sean Wilson and others on Sunday 21 September in the group show Beyond the Beach, which offers a look beyond the surface of Muizenberg: historical, social and often deeply personal. And on Saturday 20 September, Kyle Weeks’ exhibition Ovahimba Youth Self Portraits will be opening. “What’s interesting about this,” says Altschuler, “is that the youth themselves pushed the button, choosing when the photograph would be taken.” The subjects, in other words, were masters of their own portraits for this particular exhibition, choosing the moment at which they felt they were best revealed.

Film junkies won’t have a shortage of fare either, with a number of SHNIT short films being on show as well. On Saturday 20 September, three short films will be screened at the Woodstock Exchange (with a big party thrown in with Creative Cape Town for good measure) as well as the SHNIT Film Festival in October at the Labia. There will also be special Heritage Day screenings at the Castle.

It’s going to be a busy month for Capetonians, with the Cape Town Fringe Festival on as well. There certainly won’t be a shortage of things to do. But for Altschuler, there is no tool more powerful than photography when it comes to the telling of our stories. “In our lives, what we have witnessed, thought about, been moved by, understood, even imagined; has been powerfully triggered by that which we have seen, and often that which others have seen, relayed, chosen to portray and designed for us to be triggered by,” she says. “Let’s consider these factors, let’s dialogue, let’s use the tools and make steps towards designing our destiny.” DM